While on vacation at the Manta Resort in Tanzania, American Steven Weber staged an elaborate underwater proposal to his girlfriend, Kenesha Antoine. They had been staying in a submerged cabin, and the proposal involved Weber diving to their room window underwater and asking Antoine to marry him by pressing a handwritten note against the cabin window. Unfortunately, he never resurfaced.

According to the Manta Resort, Weber “tragically drowned while freediving alone outside the underwater room.”

The cabin is anchored in water around 32 feet deep, and lies about 820 feet from the shore. The proposal occurred on the third night of the couple’s four-night stay, with Weber donning a mask and fins during the dive. 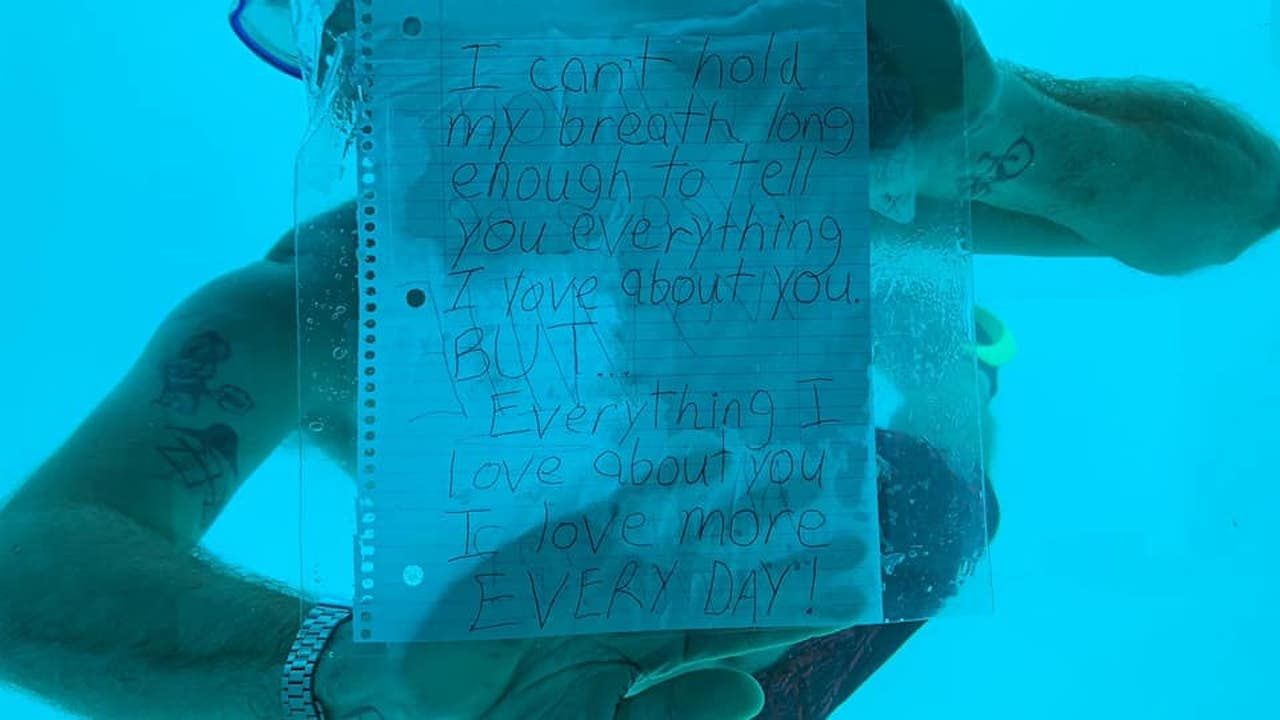 The proposal note read: “I can’t hold my breath long enough to tell you everything I love about you. But…everything I love about you I love more every day!” After pressing the note against the window, he turned the piece of paper over to reveal the proposal, and then pulled an engagement ring from his shorts. He drowned shortly afterward, before he could hear his girlfriend’s response to his proposal.

In a Facebook post, Antoine wrote, “You never got to hear my answer, ‘“Yes! Yes! A million times, yes, I will marry you!!’ We never got to embrace and celebrate the beginning of the rest of our lives together, as the best day of our lives turned into the worst, in the cruelest twist of fate imaginable.”

RomanceThe 10 most cliche places to propose (and where to propose instead)
Tagged
News
What did you think of this story?
Meh
Good
Awesome