Have you ever told somebody what you studied in college, and received funny looks because it has nothing to do with where you ended up professionally? Now imagine being a world leader, responsible for the smooth governance of an entire country, and telling people that you didn’t actually major in politics or international relations, but in aviation mechanics. Many world leaders find themselves in this position, having studied a diverse range of subjects often completely unrelated to their eventual careers in politics. The following maps, provided by SavingSpot, give an interesting insight into the educational backgrounds of leaders around the world. 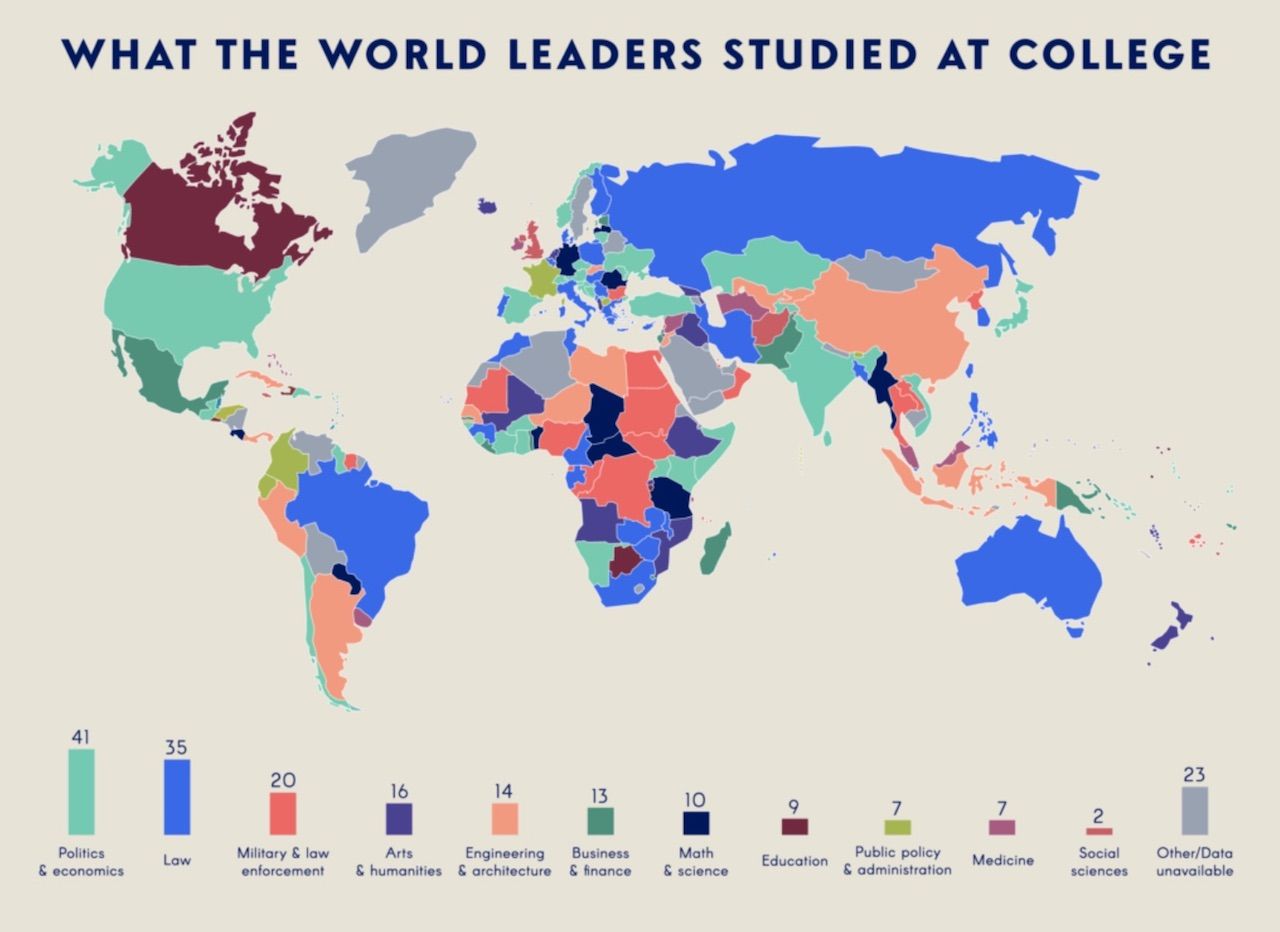 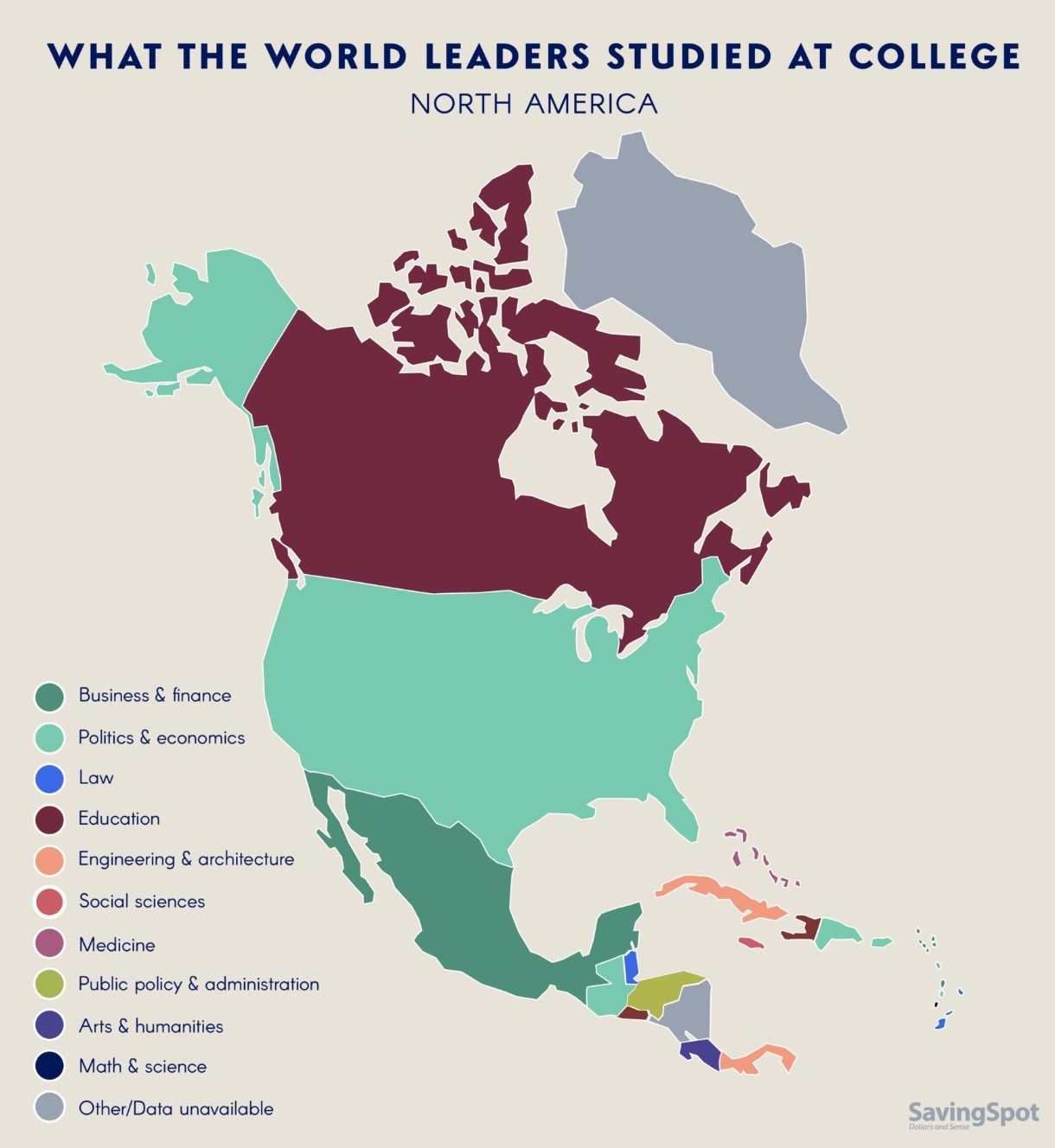 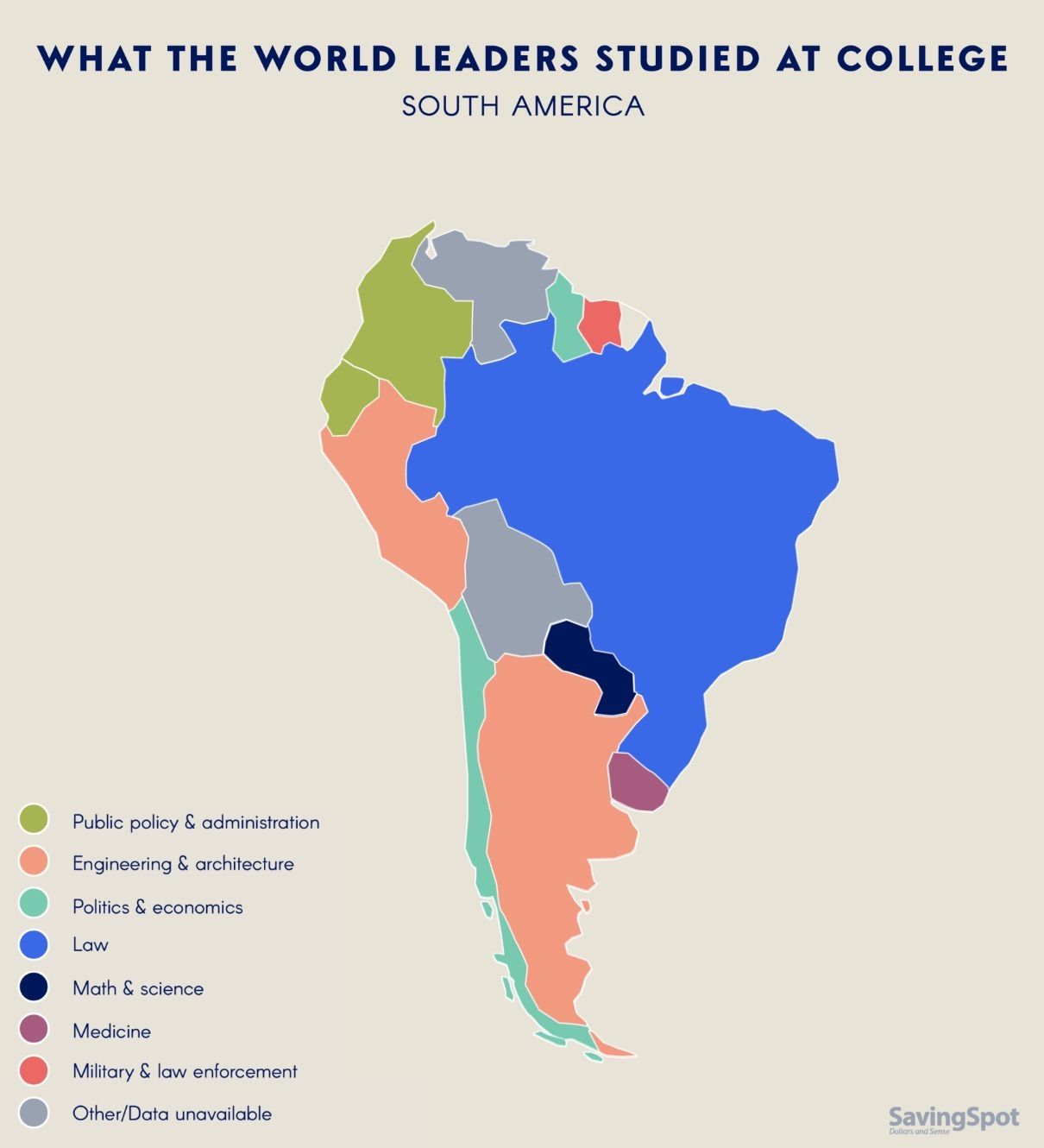 The degrees of Europe’s world leaders are as varied and diverse as the nations within the continent itself. While several obtained law degrees, including the leaders of Portugal, Belgium, Cyprus, Denmark, Finland, and Greece, many others have unorthodox backgrounds. German Chancellor Angela Merkel has a doctorate in quantum chemistry, Andorra’s Antoni Marti is a trained architect, and Stefan Löfven was a welder before his election to Sweden’s highest office. 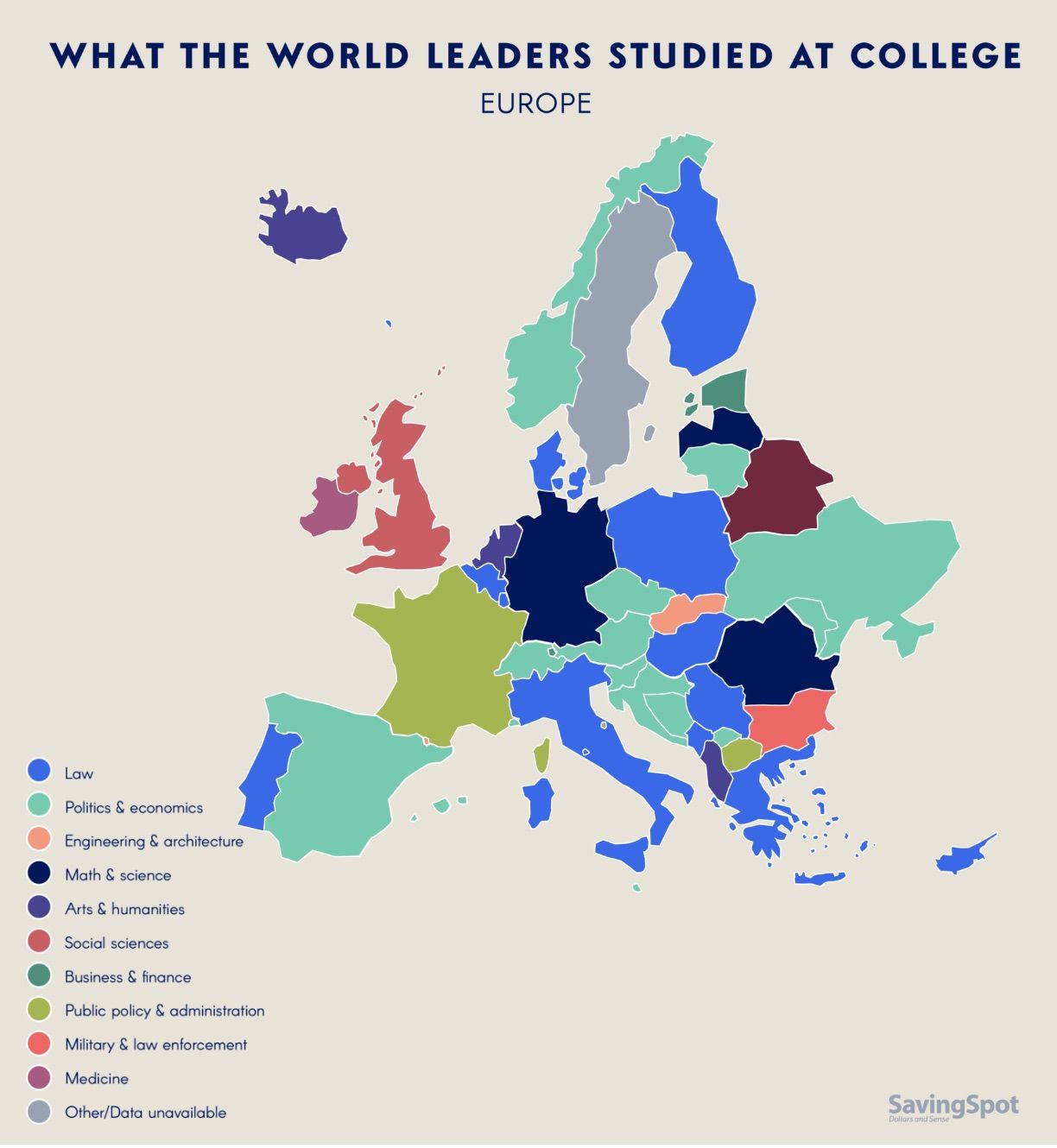 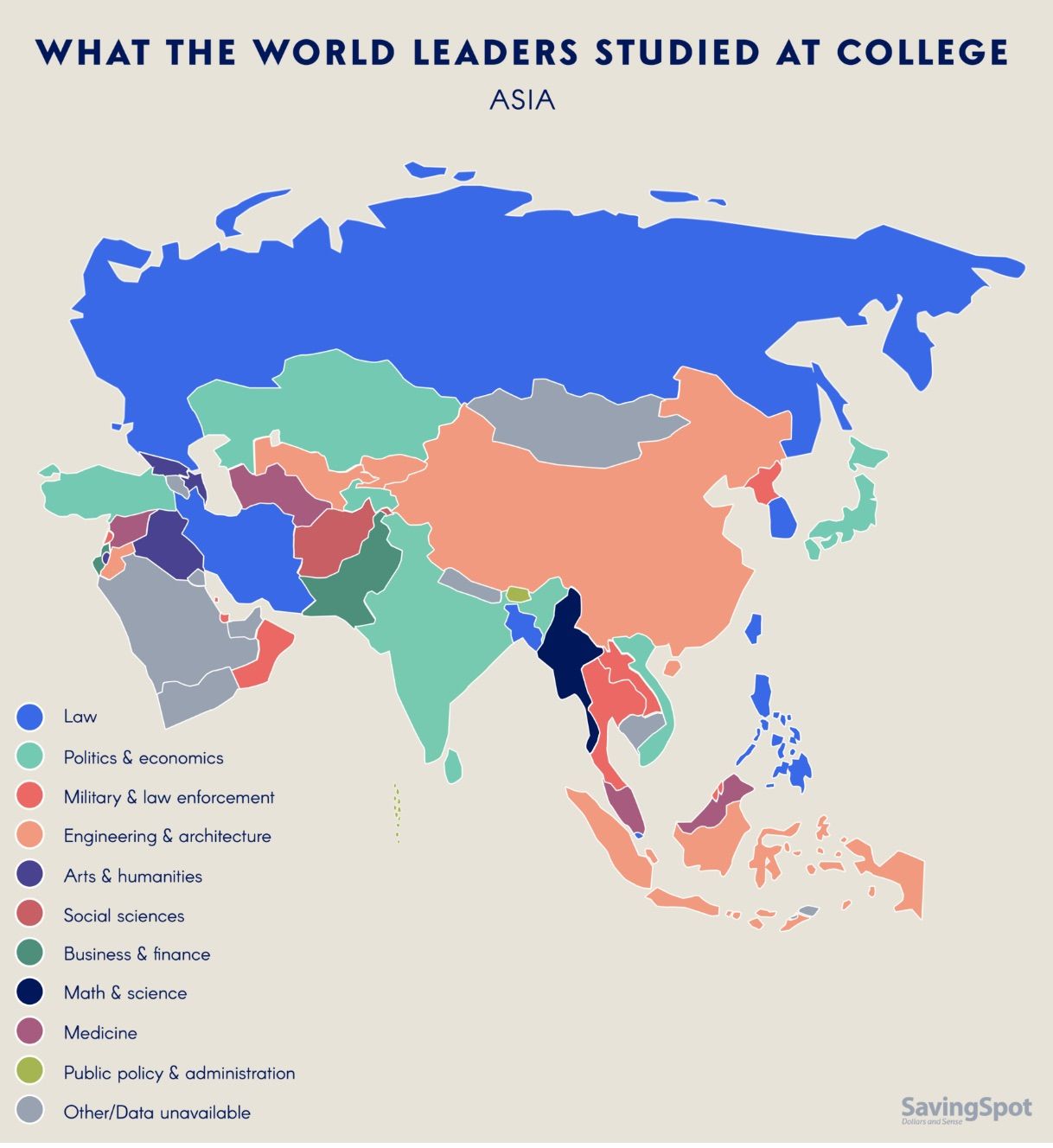 While many Asian leaders also hold law degrees, several come from military backgrounds, including the leaders of North Korea, Laos, Qatar, and Thailand. This trend can also be found in Africa, with the Democratic Republic of the Congo, Sudan, and Egypt all having past military experience. There are, however, some pretty surprising outliers. The President of Zanzibar, Ali Mohamed Shein, has a Ph.D. in clinical biochemistry and metabolic medicine, and Gabian leader Adama Barrow holds a real estate diploma. 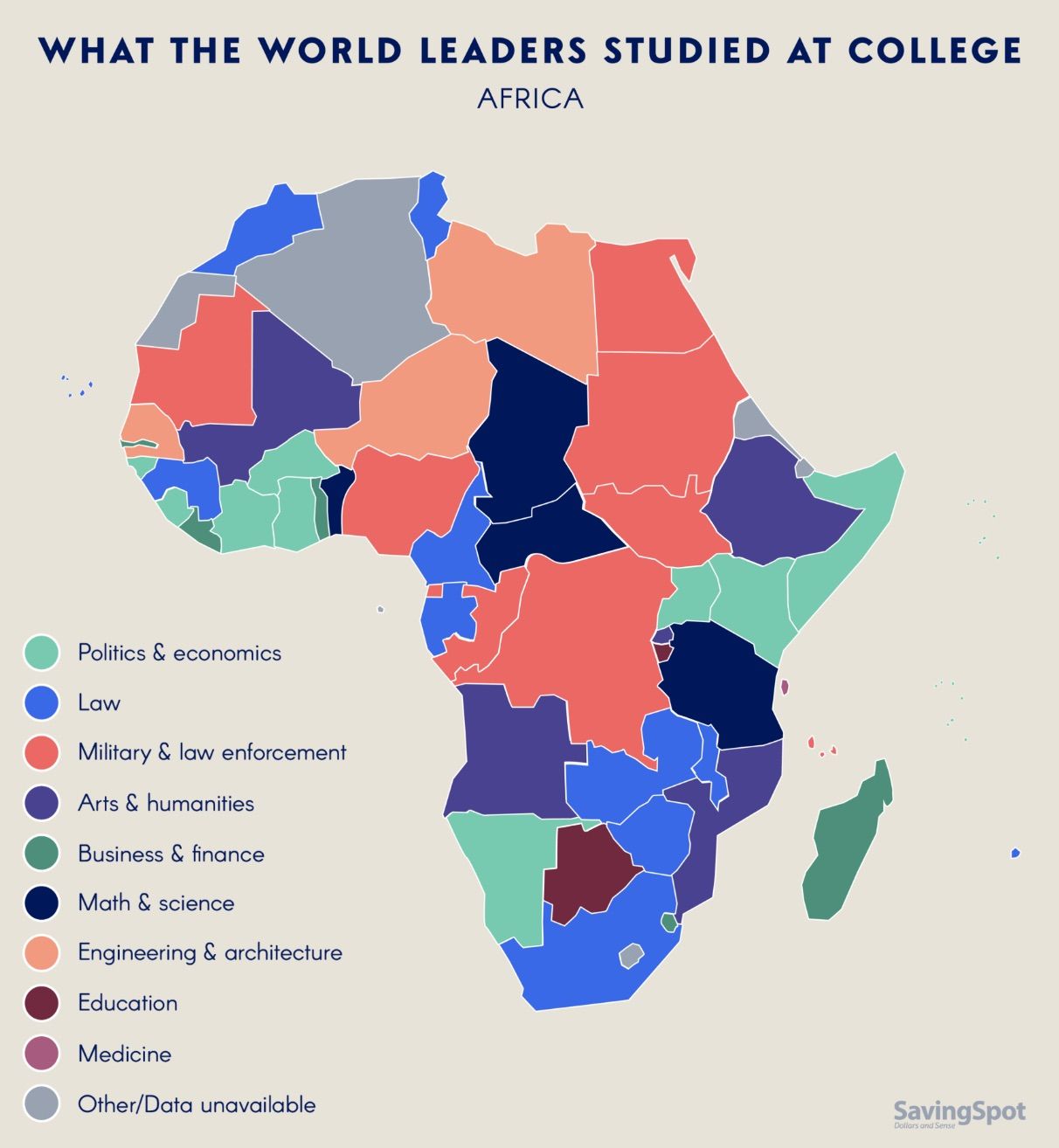 Pierre Nkurunziza, President of Burundi, might be the best case study for proving world leaders can come from any educational background. He holds a bachelor’s degree in physical education, possibly making him the first world leader who’s also qualified to be a gym teacher.