Amazon, Google, and Apple may be the biggest names in business right now, but they are only a few decades old, and have not proven that they can stand the test of time. Some companies, however, have been around for over 1,000 years, as shown on this map of the oldest (currently operational) company in almost every country in the world. 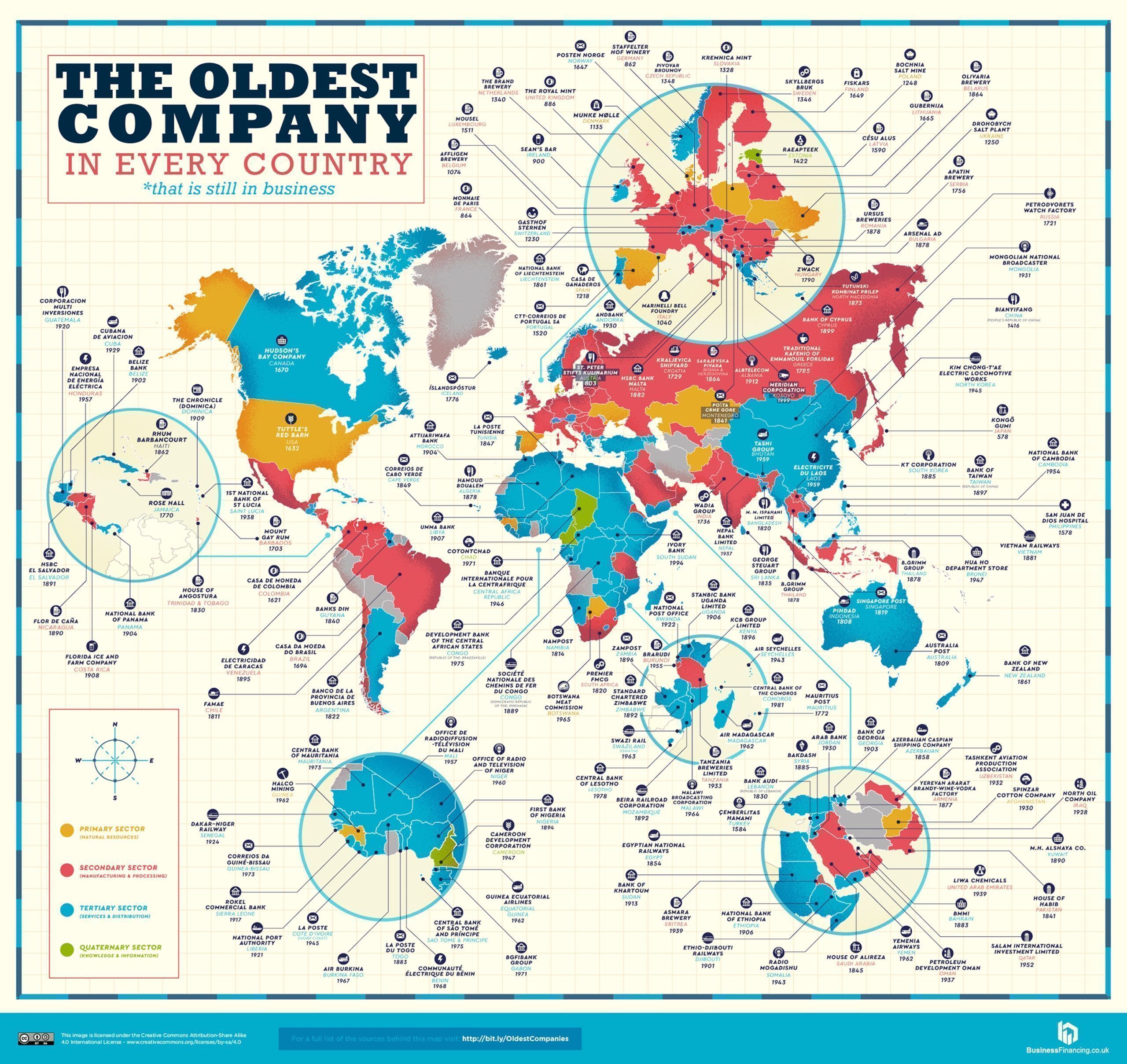 St. Peter Stiftskulinarium is the oldest company in Europe. Opened in 803 in Salzburg, Austria, the restaurant is the oldest in the world that you can still actually eat in. Nearby Germany has a winery established in 862, called Staffelter Hof Winery, so it’d be pretty easy to do an Old World culinary tour of Europe.

In the UK, food takes a backseat to finance. The Royal Mint of the United Kingdom began trading in 886. Similarly, the longest-running business in France is also a mint — the Monnaie de Paris — which was established in 864. 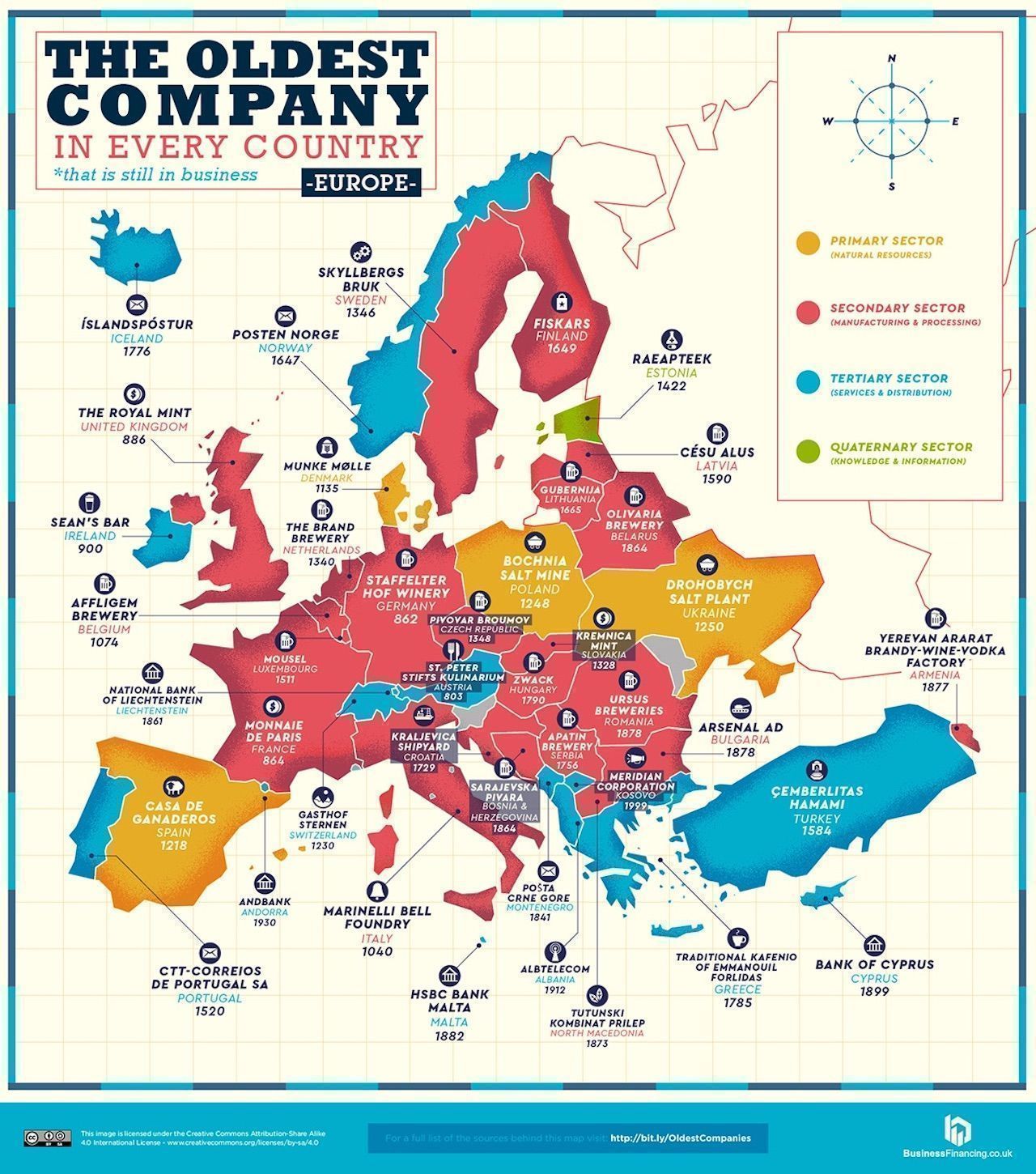 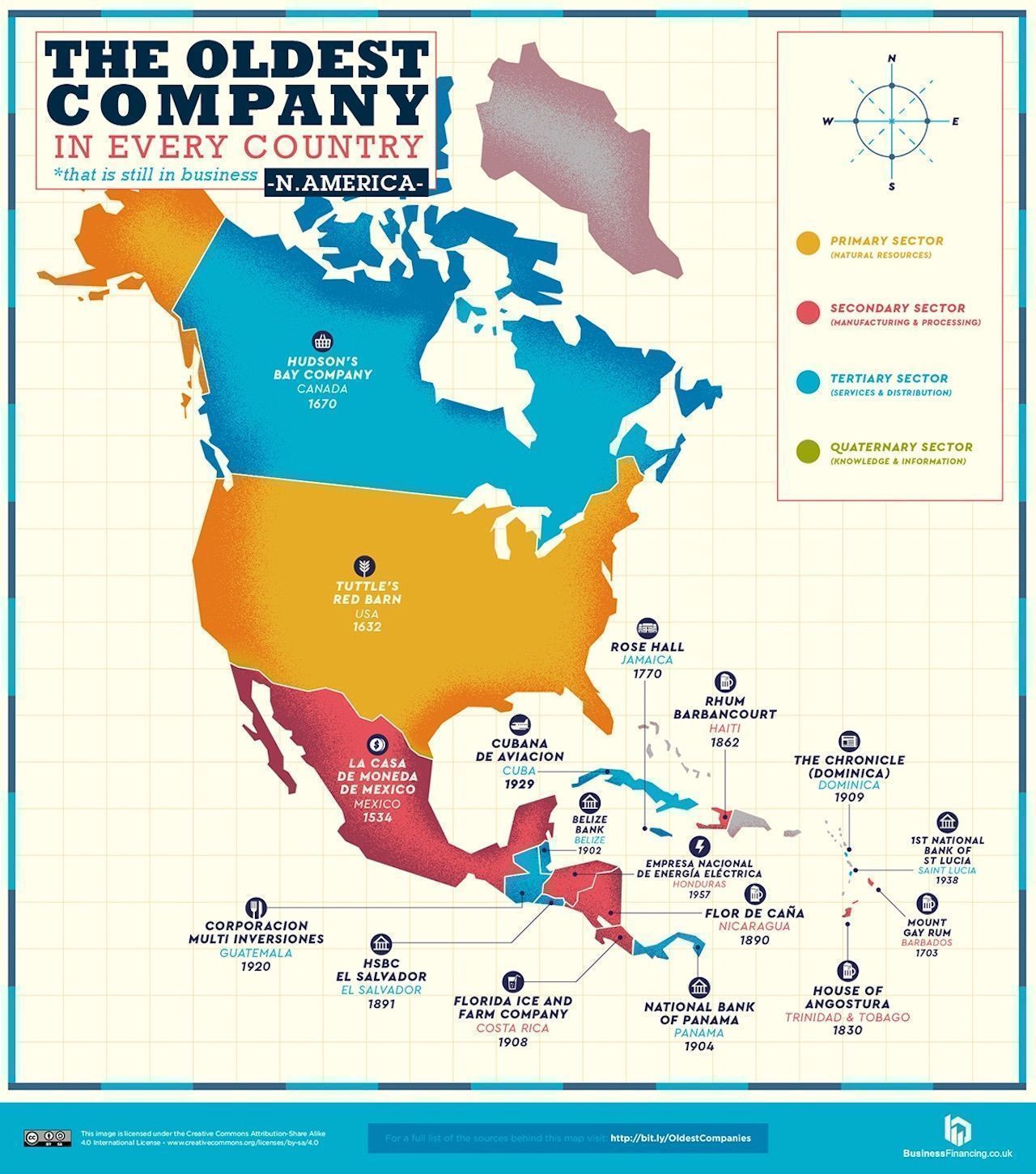 South America continued the currency trend with the Casa de Moneda de Colombia, a Colombian currency museum in Bogota that was founded in 1621. 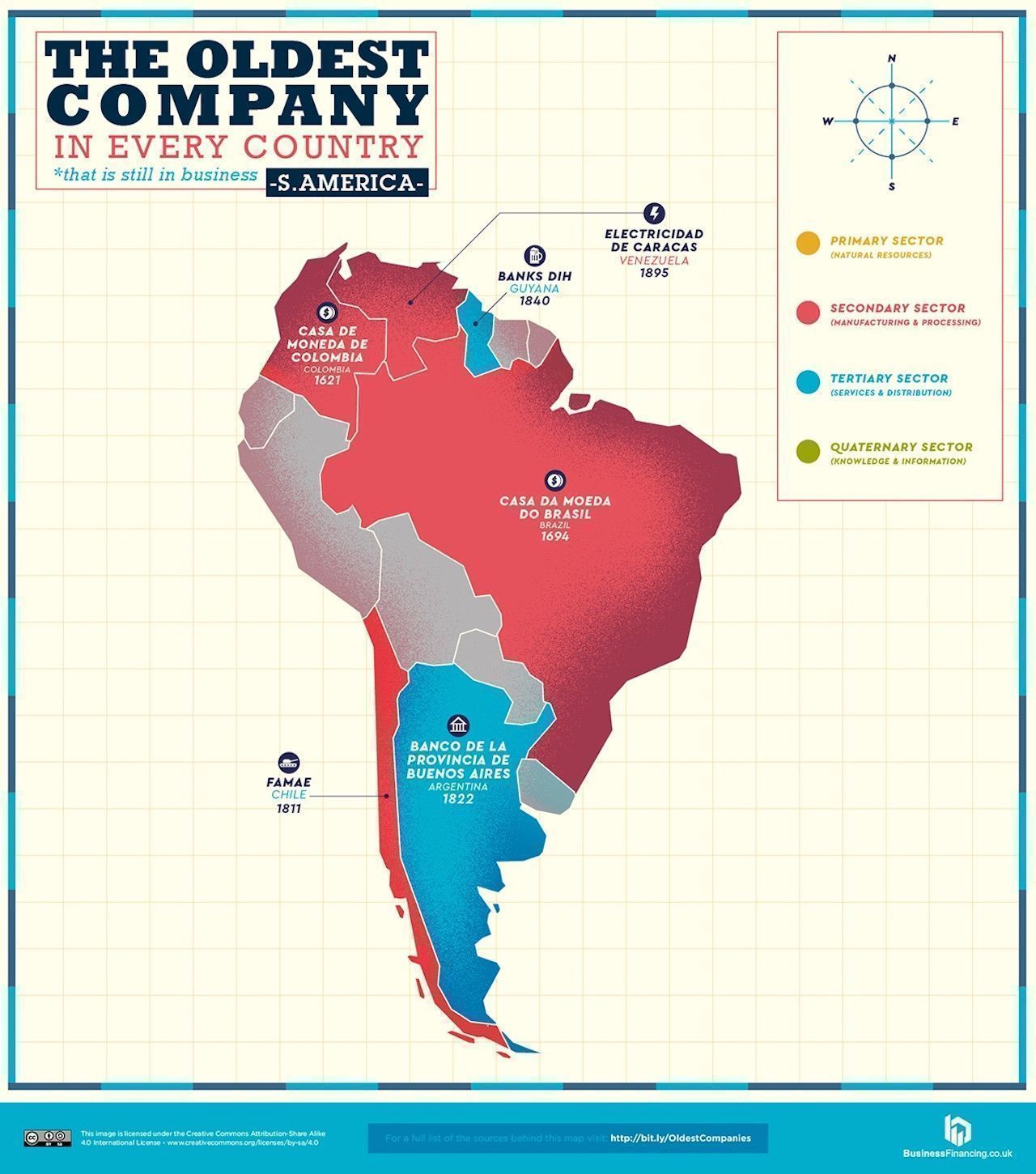 Asia bucks the other trends with a Japanese construction company founded in 578 called Kongō Gumi. 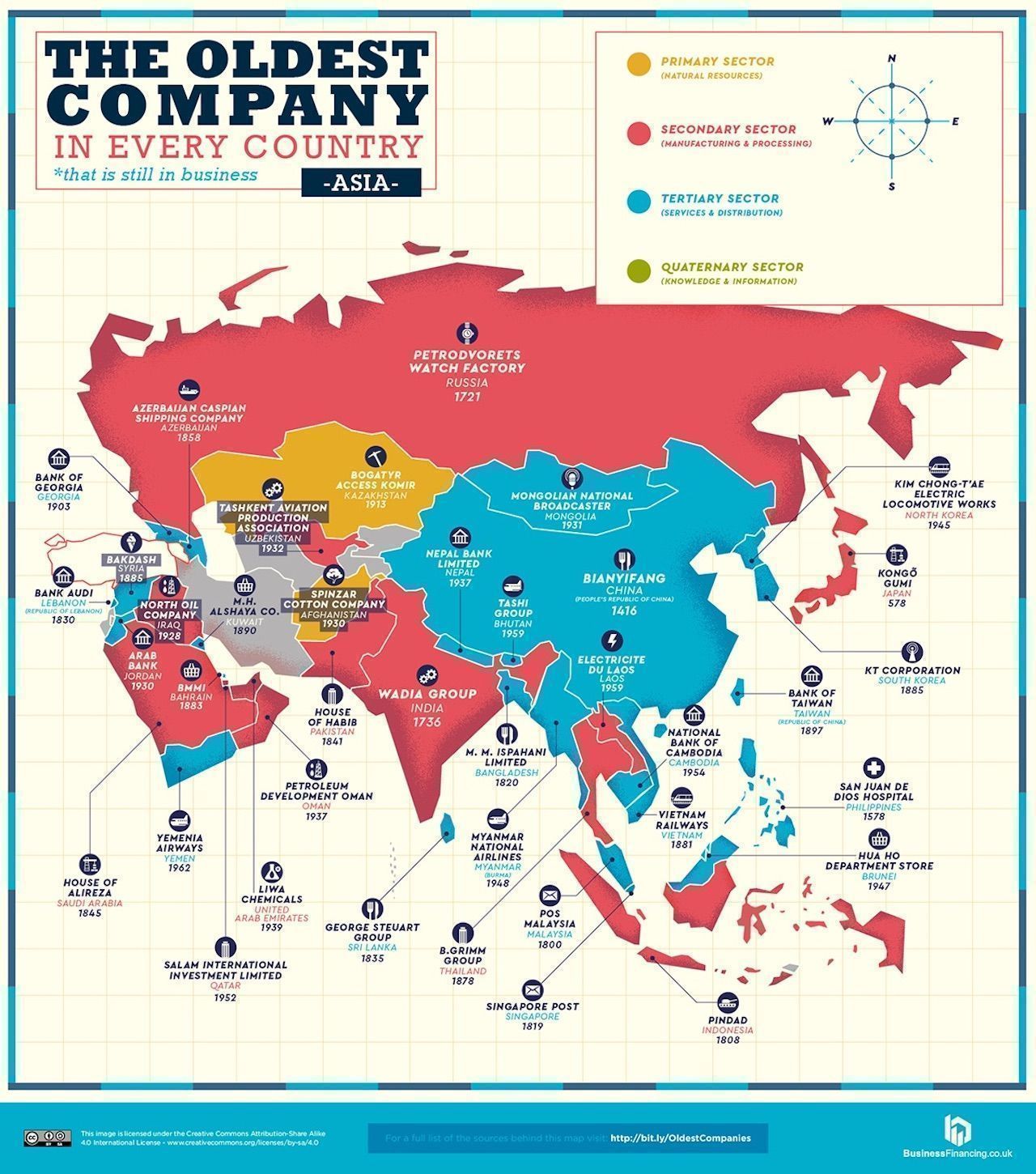 In Africa, Mauritius Post gets the longevity crown, having opened in 1772. In fact, the top 10 oldest businesses in Africa are all post offices. The same goes for Oceania whose oldest business still in operation is Australia Post. 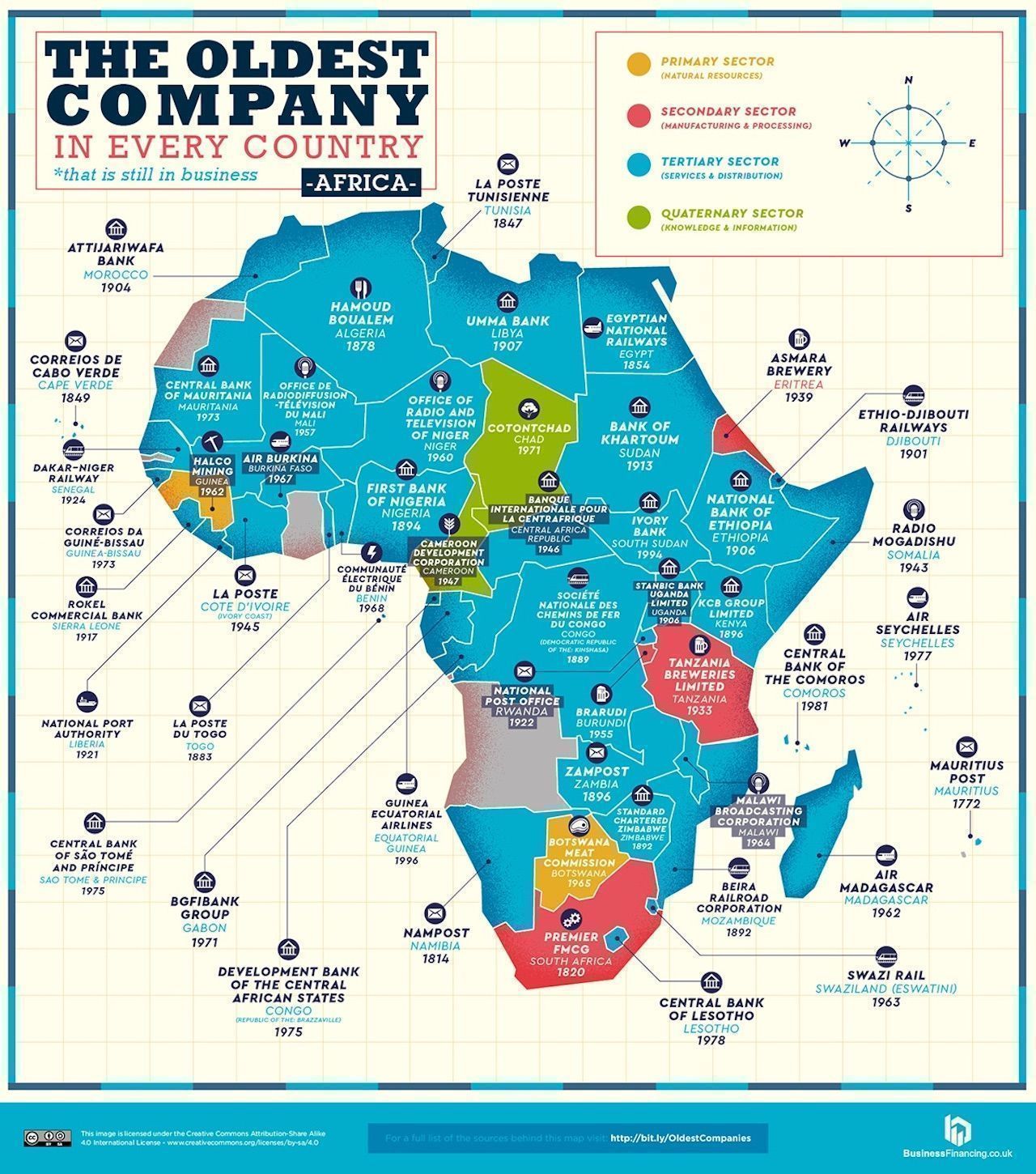 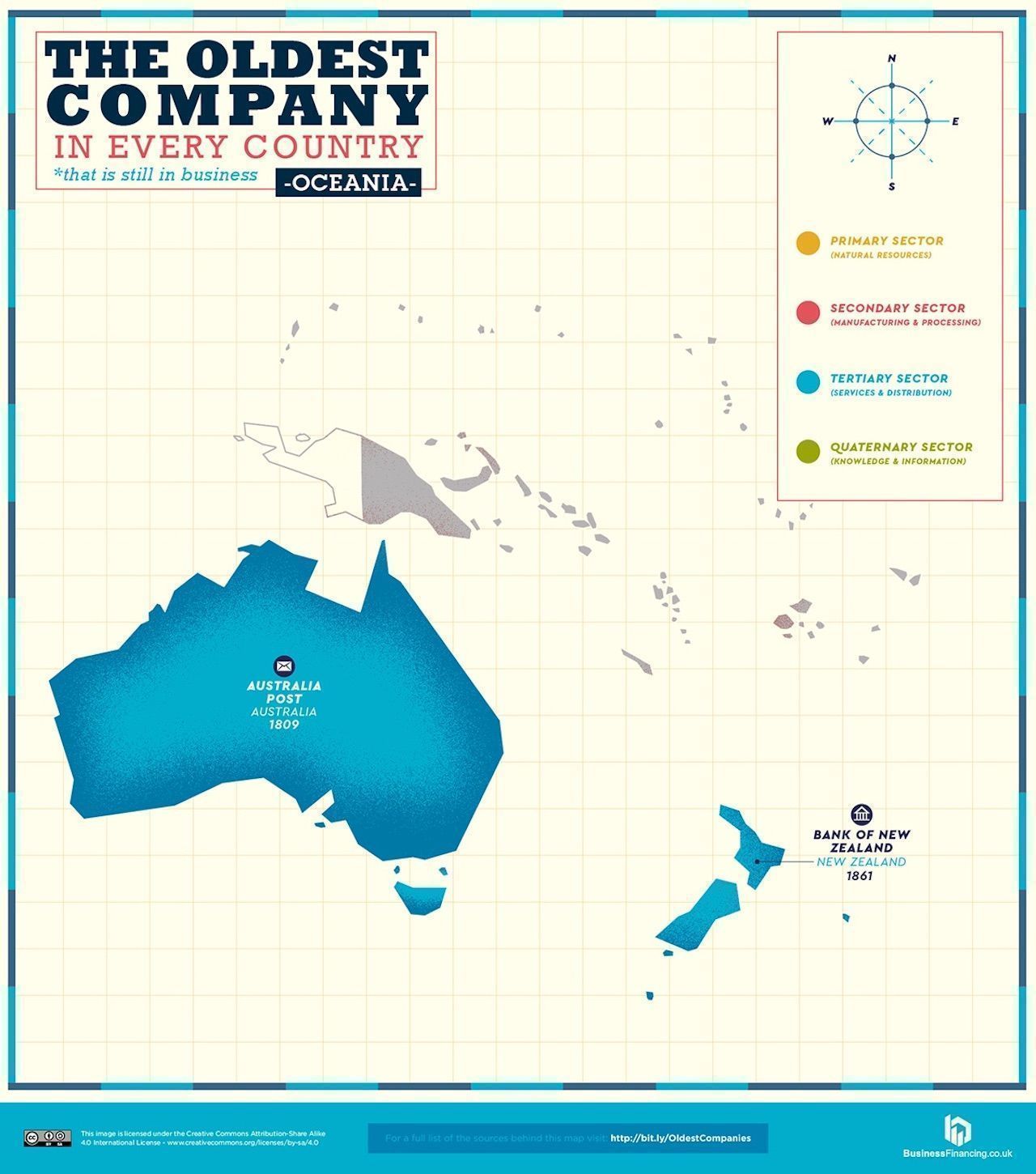 Flight Prices Are Up 40 Percent Since January. Here’s How Much Higher It’ll Get This Summer.
This Airbnb on a California Cannabis Farm Lets You Get Out Among the Plants
California May Get a New State Park With Campgrounds and Kayaking Spots
The 9 Most Underrated Road Trips in the United States
The 10 Most Wish-Listed Airbnbs in the US This Summer Will Inspire You To Get Out in Nature