IT IS SAFE TO SAY that the world looks at America’s numbers on gun ownership and death by firearms with concerns. So far in 2017, there have been 42,514 incidents involving gun violence; among these incidents, there have been 10,593 deaths and 248 mass shootings.

A report by the Pew Reseach Center, reveals that “three-in-ten US adults say they own a gun”, but how does that translate in terms of ownership by US state?

Business Insider used the result of a study published in 2015 in the journal Injury Prevention by researchers Bindu Kalesan, Marcos Villarreal, and Katherine Keyes of Columbia University, and Sandro Galea of Boston University to create the map below and better visualize where people own the most guns in the US. 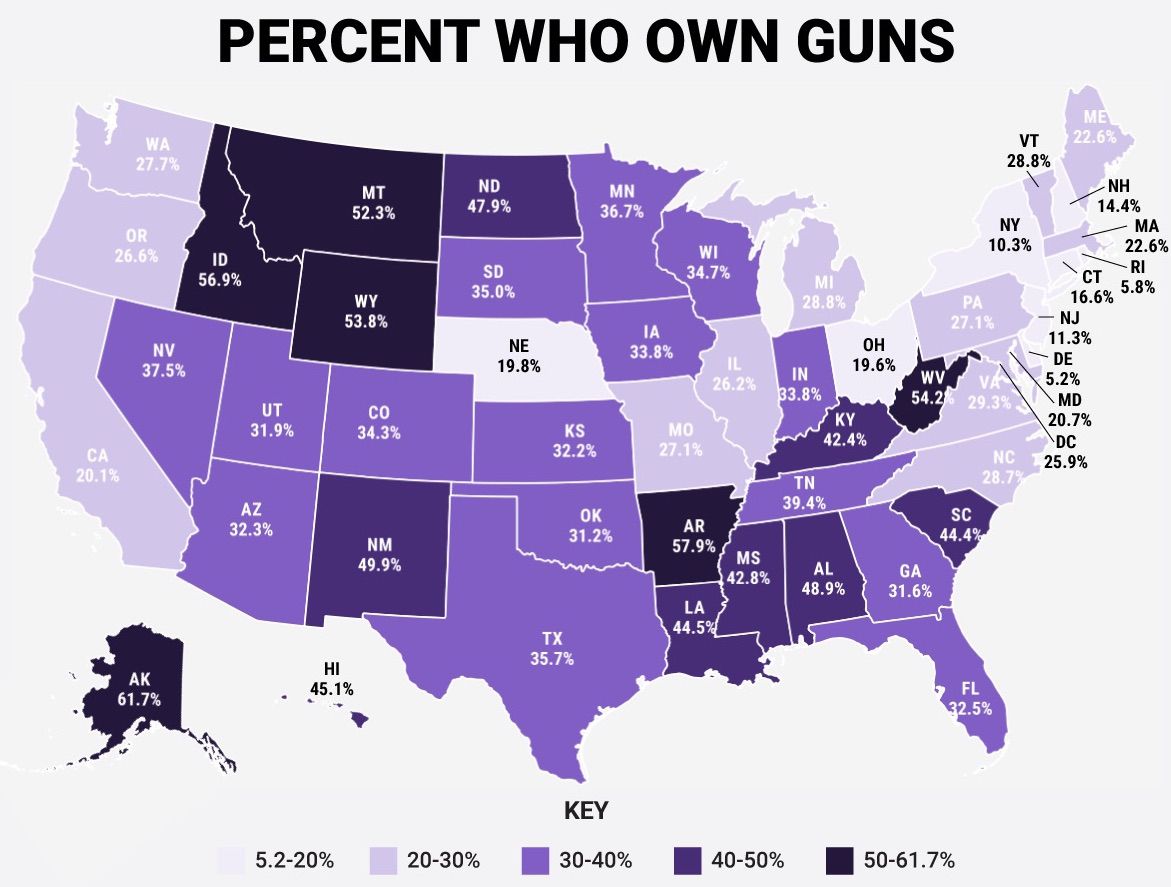 Some results are unexpected. Despite neighboring one of the states with the highest number of gun owners (Wyoming with 53.8% of its population), only 19.8% of Nebraskans own guns. Also, Texans, often depicted as trigger-happy people, are below the 50% mark (37.5% to be exact), way behind Hawaii where 45.1% of the population owns guns — Who’d a thunk it? Unsurprisingly, Alaska is leading the nation with 61.7% of its population owning guns.