USING DATA from the Association of Statisticians of American Religious Bodies (ASARB), Bank of America Merrill Lynch created a map to show the largest non-Christian religions by US state. 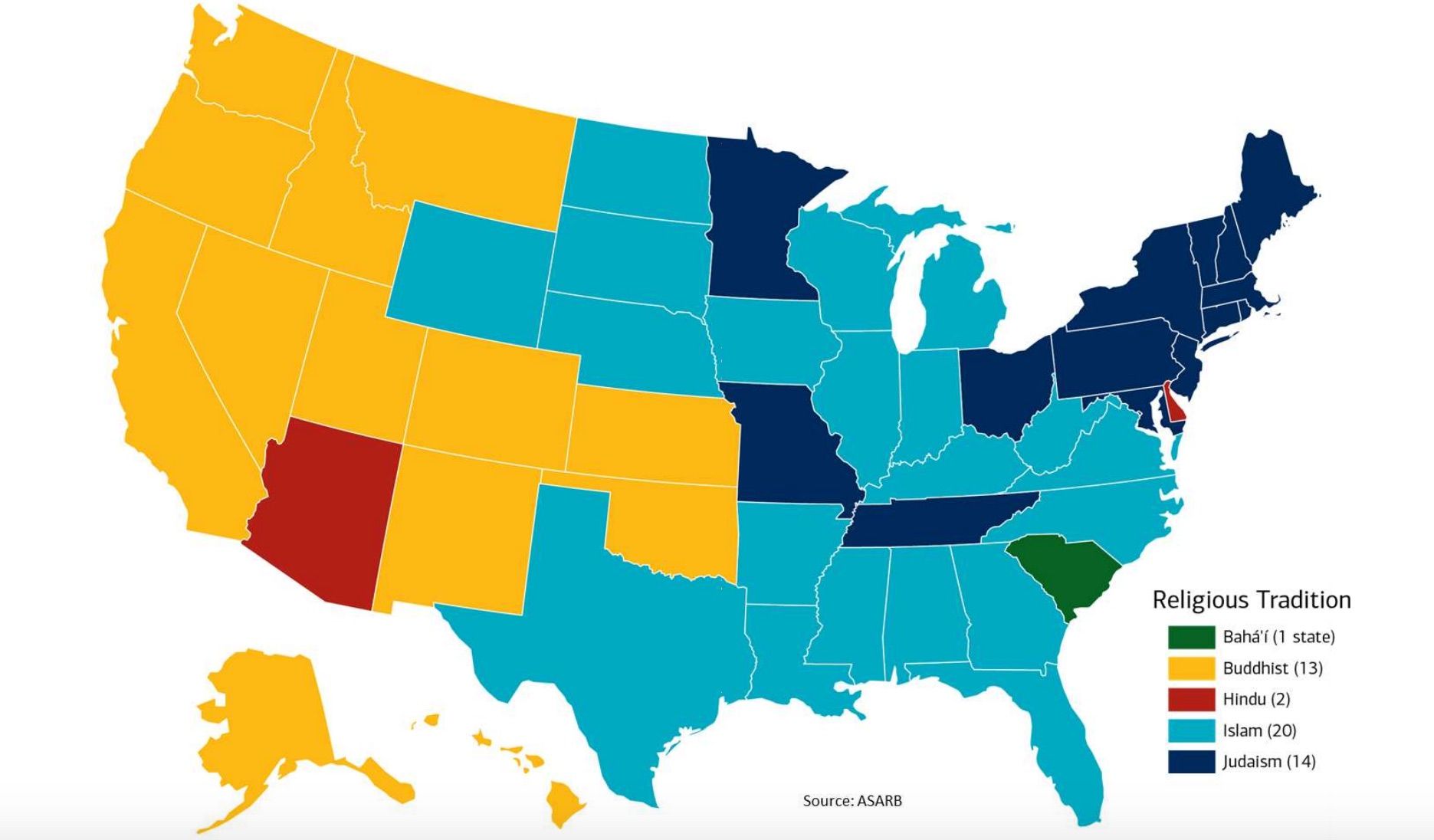 Christianity remains the largest religion in all 50 states, Islam is the second largest in 20 states, Judaism in 14 states, and Buddhism in 13 states.

For those who are not familiar with the Bahá’í Faith, note that it was founded in Iran in the 19th century. According to the BBC, “there are 6 million Bahá’ís in the world.”