There’s no need to repeat what everyone knows. This past weekend, it happened again, and it happens more often than we think. That’s at least the feeling we get after visiting Gun Violence Archive, a site that tracks and registers gun violence related events since 2013. One of their categories is mass shooting: events in which at least 4 people were shot at the same general time and location not including the shooter. This data can be viewed on a series of maps.

This one, for example, shows the 274 mass shootings that have taken place so far in 2017: 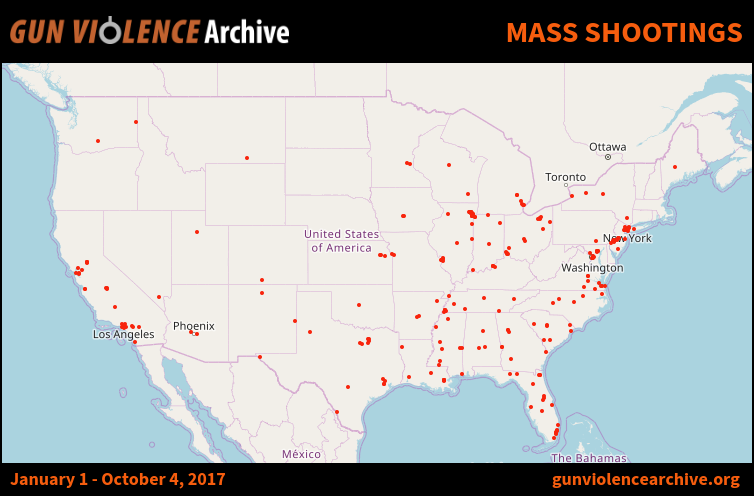