In a world of growing economic inequality between citizens, it makes sense that the wealthiest cities would reveal a similar pattern. A new infographic on the distribution of private wealth among cities from Visual Capitalist shows that money plays favorites. (Private wealth = the amount of money held by all the individuals living in the city).

Just 10 countries are home to 11% of the world’s private wealth, or $24 trillion USD, and most of them are found in East Asia and North America. While the US has the greatest number of top-15 cities (4, with Houston and Dallas just missing the cut), China (3) is catching up mighty fast. The most noticeable thing about this map, however, is that not a single city in Africa, Central Asia, the Middle East or South America made the top 15. 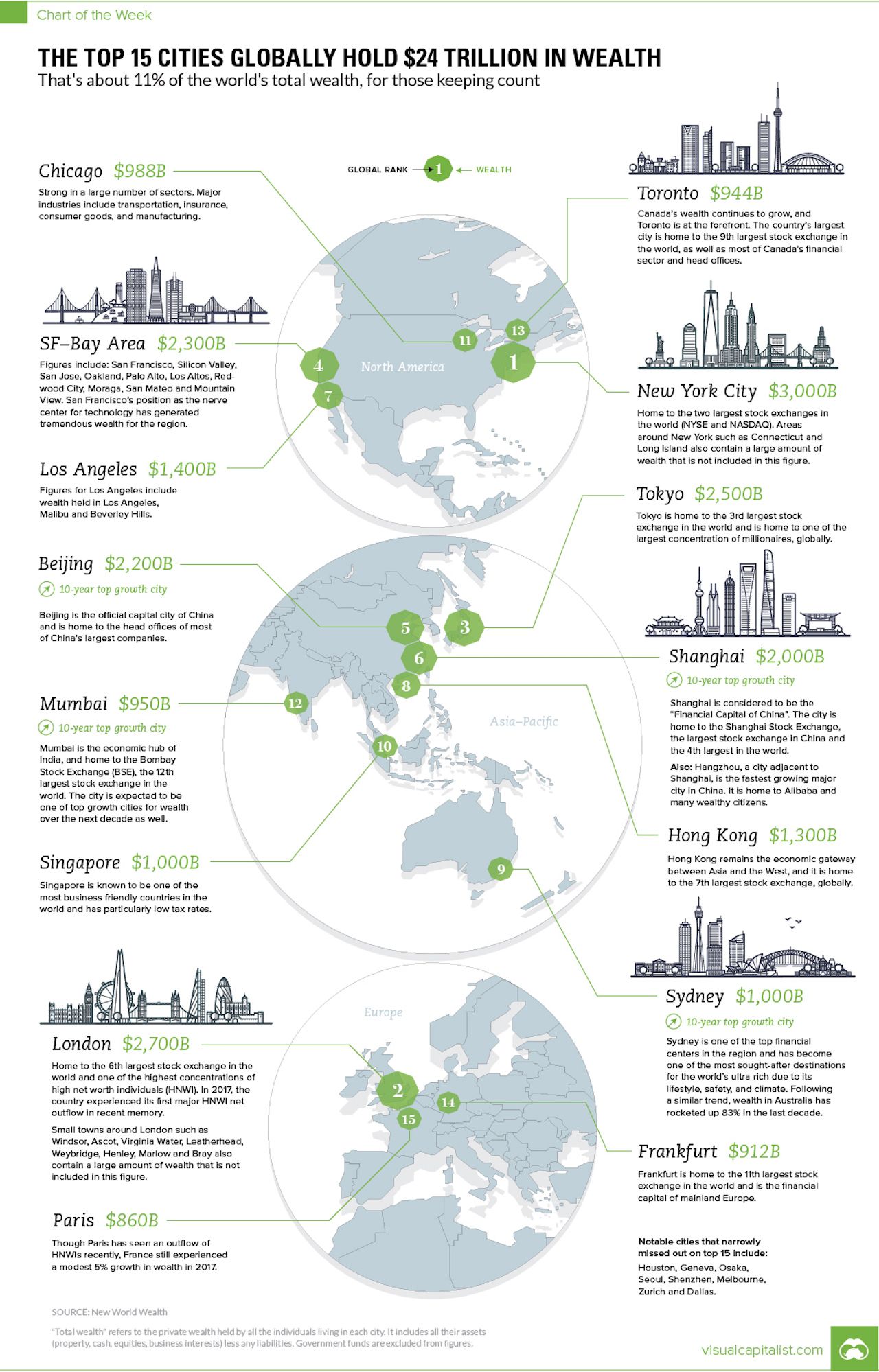