Usually, seeing one or two small jellyfish is enough to keep you out of the water for a while. Now imagine seeing this giant barrel jellyfish off the coast of Cornwall in the UK. Barrel jellyfish are the largest jellyfish found in the Atlantic Ocean, and this one was even more imposing than its brethren.

Lizzie Daly, a biologist who spotted the jellyfish near Falmouth, said, “I’ve never seen one that big. We had seen a few smaller jellyfish at a beautiful reef nearby, and then out of the murk came this huge, beautiful jellyfish. You just take a double look and ask yourself if it’s actually a meter and a half long.”

And no, the creature did not attack her, and she felt perfectly comfortable swimming alongside it. Daly and underwater camera operator Dan Abbott stayed with the large jellyfish for about an hour before it swam away. Apparently, these jellyfish are relatively safe to interact with. “It has got a very mild sting and poses no threat to humans,” they said. “Some people don’t even feel it. Many people would be immediately worried, but it is not dangerous. It’s a majestic creature.”

According to Dr. Michele Kiernan of the Marine Biological Association in Plymouth, the jellyfish are easier to spot right now due to weather conditions. “As we’ve had a long spell of no rain in the south-west,” she said, “people can see them more easily because of the clarity in the water.” 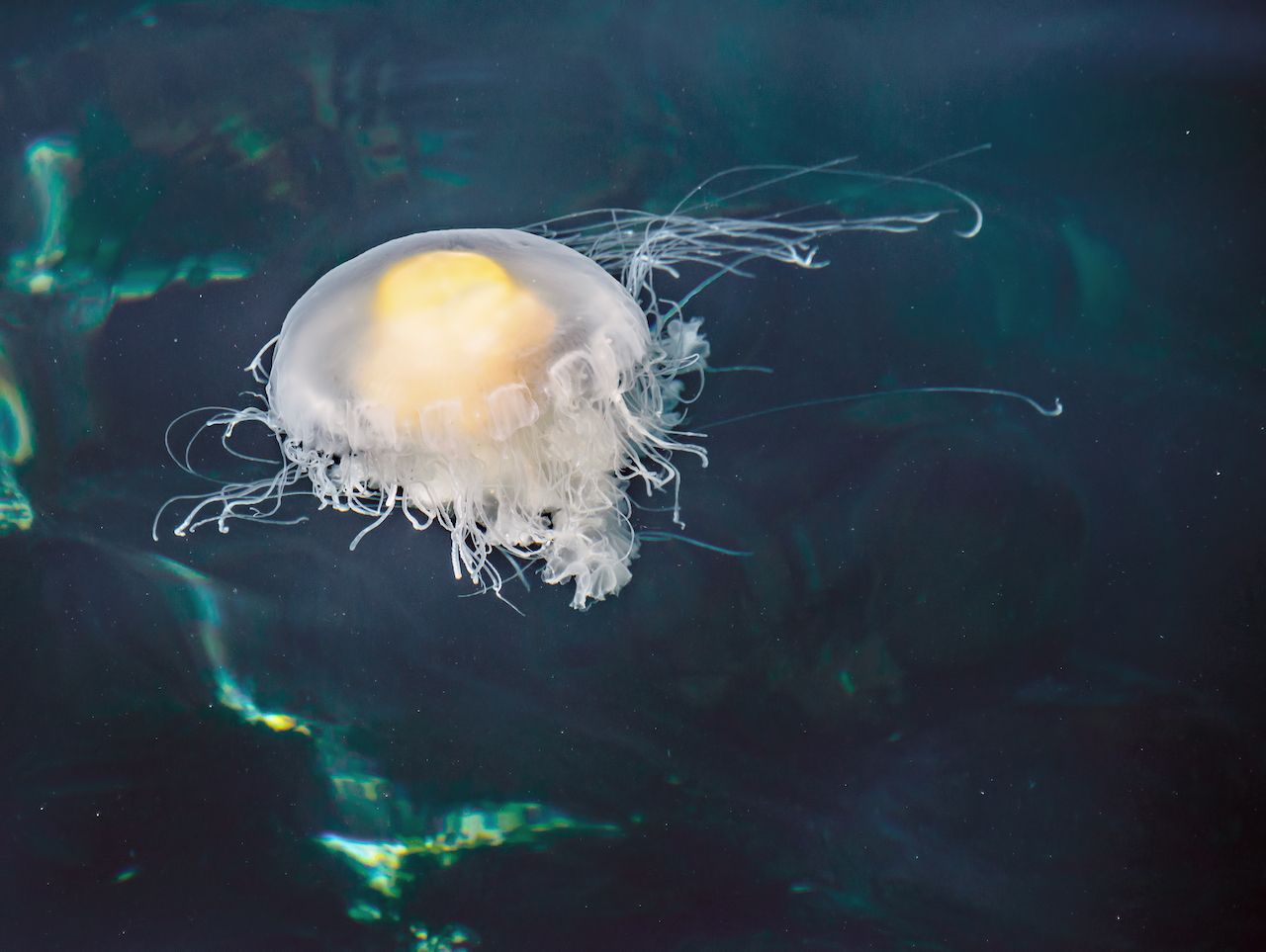 And the UK isn’t the only place with a recent sighting of massive jellyfish. A huge, “fried egg jellyfish” was spotted on Canada’s Sunshine Coast. Over two feet in diameter, it looked like an egg cracked into the water. Jellyfish expert Mackenzie Neale said this was the biggest jellyfish of its kind she had ever seen. “I have seen some around one foot in diameter, maybe getting close to two feet. But that picture looks like it’s well over two feet in diameter.” And unlike the barrel jellyfish, its “fried egg” brethren’s sting packs “a powerful punch.”

WildlifeWhere To Swim With the World’s Most Amazing Marine Wildlife
Tagged
News Wildlife
What did you think of this story?
Meh
Good
Awesome