Think before you sneer at traveling Americans who eat at McDonald’s.

Many around the world have the stereotype of the flabby, fanny-pack toting American waddling into a Mickey D’s on the Champs d’Elysee, ordering his familiar burger and fries, and calling it a cultural experience because the burger was called a “Royale with cheese.” Boring. Uncultured. Predictable. We know the routine.

But the cultural McDifferences extend far past what you learned watching Pulp Fiction. As purveyors of mass-market menus, McDonald’s’ recipes in other countries reflect the food their cultures enjoy en masse. They might not be gourmet, but ordering unique McDonald’s menu items can be a fascinating look into the culinary norms of foreign lands.

In Japan, for example, you can get an Ebi Filet-O, a patty of whole breaded-and-fried shrimp with lettuce and spicy sauce. Show up at breakfast and you can have a McHotDog served with mustard and ketchup, which might be upsetting to hot dog purists until they realize they can order a hot dog… for breakfast.

In Israel, there’s a McFalafel, available in both kosher and non-kosher locations. In other parts of the Middle East, they offer a McArabia, which includes gyro-like chicken meat with lettuce, tomato, onions, and garlic mayo.

In the Philippines, you can order McSpaghetti, served with a highly sweet tomato sauce. It also comes with a big leg of fried chicken if you’d like to use that as your excuse for ordering what is essentially spaghetti with ketchup. And in Malaysia, the Bubur Ayam McD is a savory stew with chicken, ginger, fried shallots, and chilies.

But you don’t have to go halfway across the world to get some fascinating local food. McDonald’s in Mexico offers McMolletes for breakfast, a local take on the McMuffin with beans, cheese, and pico de gallo on top. In Canada, you can order the McHomard — which you, me, and everyone else outside Quebec calls a lobster roll.

But no country goes further with its international menu than India. In a country where cows are sacred, slinging beef burgers seems a bit of a challenge. That’s why Indian menus feature stuff like the Pizza McPuff, sort of a Hot Pocket-samosa hybrid filled with peas, carrots, corn, cheese, pizza sauce, and other delicacies. You can also order the McAloo Tikki, essentially a Big Mac where a spiced potato patty replaces the beef, and the McCurry Pan, a rectangular pastry crust filled with a savory cream sauce and curried vegetables.

“People don’t understand why we visit other McDonald’s restaurants when we travel,” McDonald’s franchise owner Stefanie Cabrera-Bentancourt told me at one of her restaurants in North Miami Beach, Florida. “It’s not because we want to see how they’re serving the same stuff we have. It’s because we know they have certain recipes besides what we have in the United States.”

Cabrera-Bentancourt’s restaurants are part of a pilot program McDonald’s started this month called Flavors from Abroad, where menu items from around the world will be available at stateside locations for a limited time. It’s a chance for folks who don’t get out of the country much to try the McTakes on local cuisines.

“The reality is, not everyone is fortunate enough to travel outside the United States,” Cabrera-Bentancourt said as she dumped a BBQ seasoning packet into a paper bag of Malaysian fries. “Unless you (do), you never get to experience those kinds of things. So we’re really excited; this is so out of the box, and something McDonald’s has never done before.”

Right now the program is offering four items from Spain, Hong Kong, Malaysia, and the Netherlands. And kind of like our own mini EPCOT, we tasted our way around the McDonald’s of the world, without having to leave the comfort of a hard plastic booth. Here’s what we thought of the McOfferings. 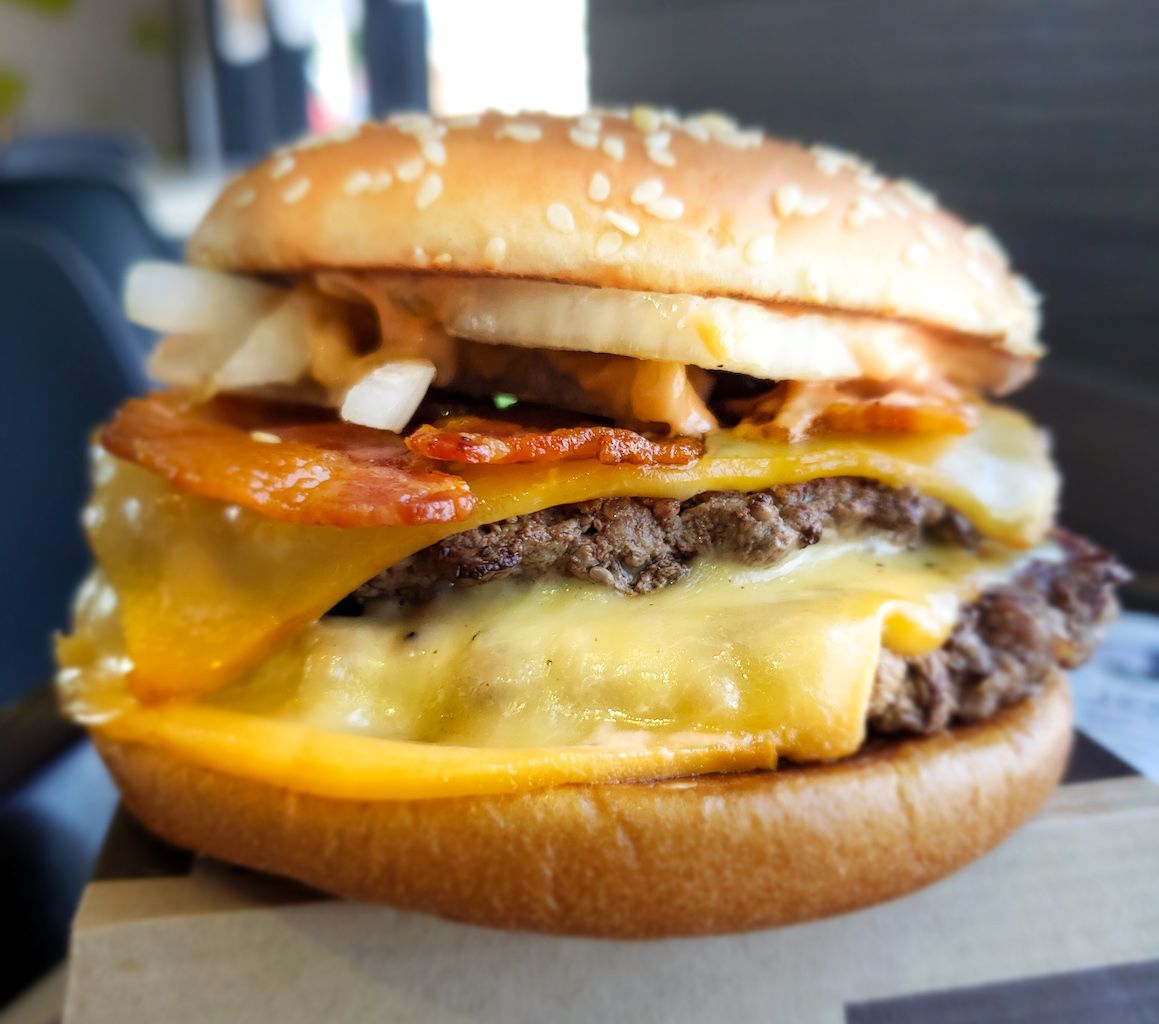 Forget those sissy little tapas plates when you go to Spain. This burger will have you joining the rest of Bar-the-lona in its afternoon siesta after you down a couple of quarter-pound patties. These burgers are topped with applewood smoked bacon, Gouda cheese, slivered onions, and McBacon sauce that just screams, “Viva Espana!” The gouda and smoked bacon actually make it taste a lot like a gourmet burger, and if you’re into rich, heavy foods, this is easily the best burger you’ll ever have at a McDonald’s. 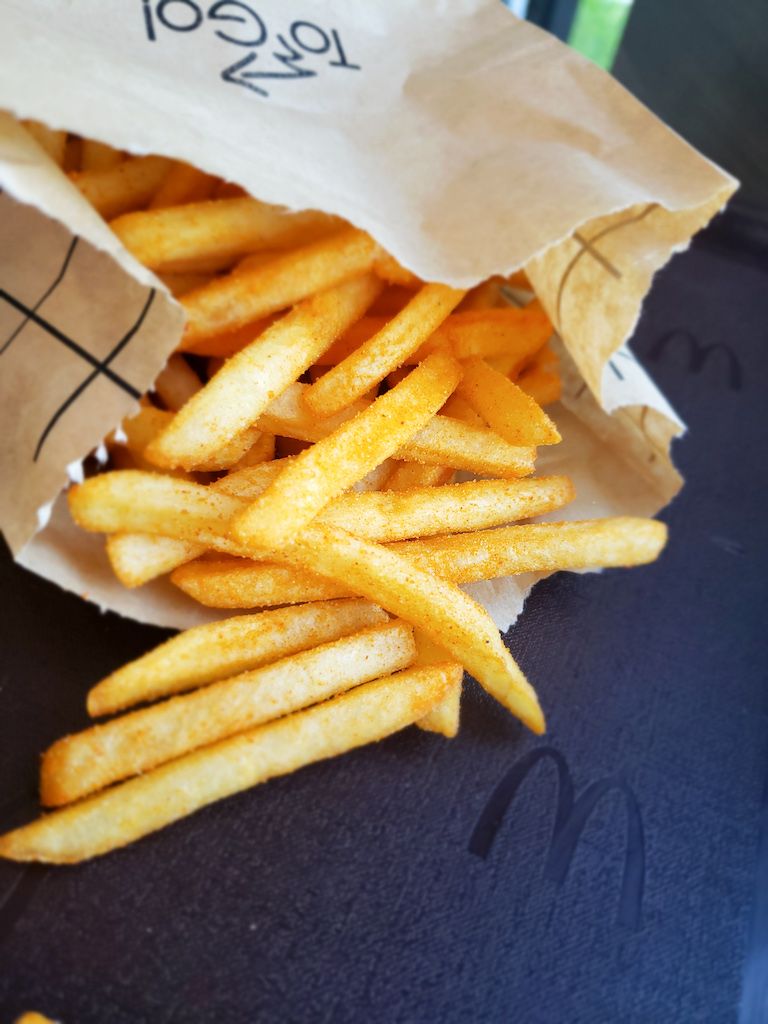 In the first noted instance of McDonald’s helping you burn off, like, at least seven calories while you eat, these normal-seeming fries are served with a BBQ spice packet and a brown paper bag. You put both the fries and the spice packet in the bag, shake it vigorously, then rip off the top half. This creates a greasy paper basket for the fries, looking a little like Malaysian street food instead of something you got at the Miami Lakes drive-thru. They taste like mesquite-grilled potato chips and are the most addictive thing on the menu. 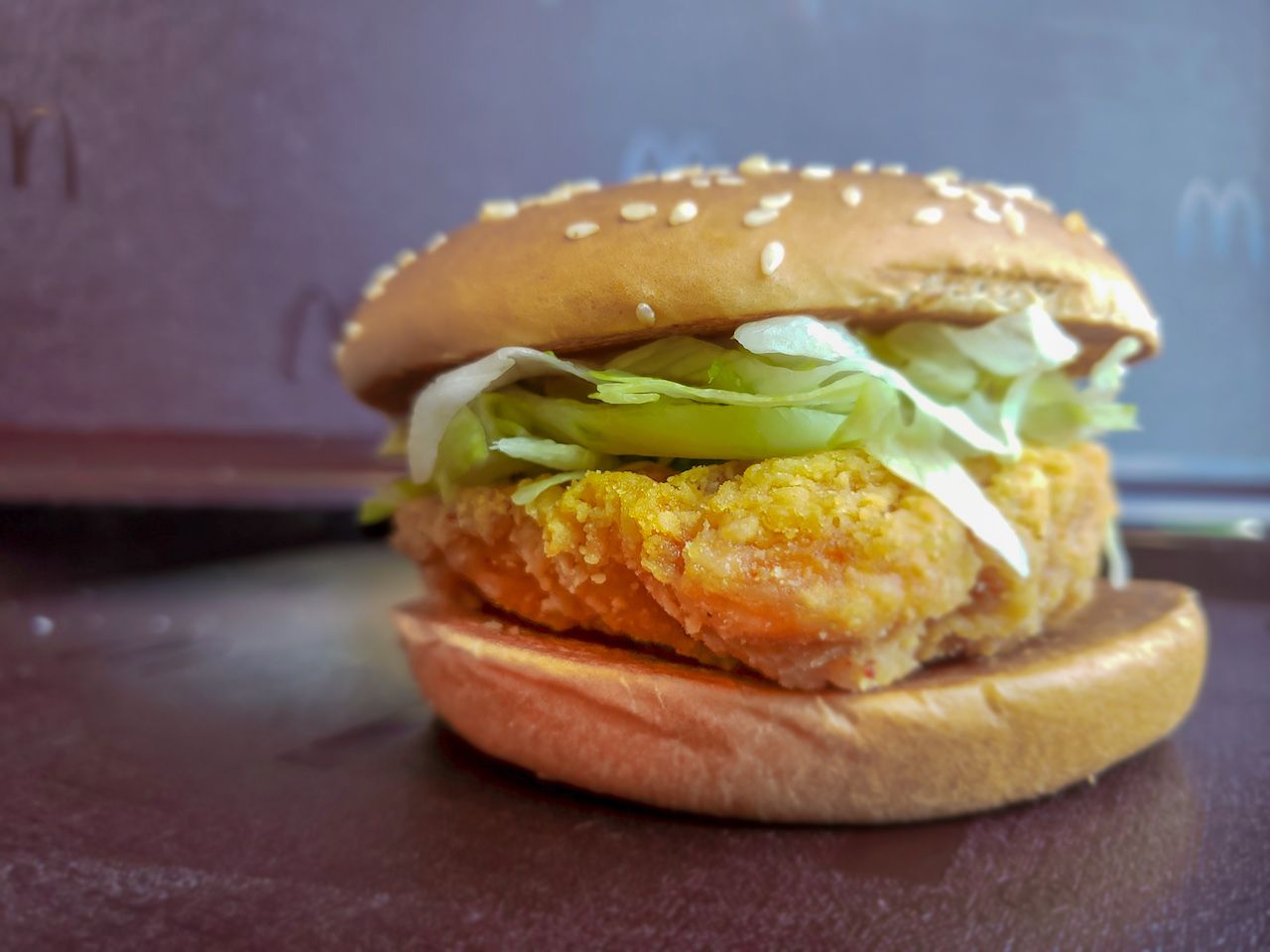 On the surface, you might think McDonald’s is trying to pull a fast one on us, moving around the “Mc” in the old Spicy McChicken and telling us its some fabulous import from the far east. But while the old spicy chicken sando has a peppery, spicy fried chicken flavor, this tastes more like the garlicky chilies one gets when ordering the stuff with peppers by it from the local takeout joint. It’s a salty, spicy, almost smoky flavor here, cooled off by the creamy mayo and crisp iceberg lettuce. 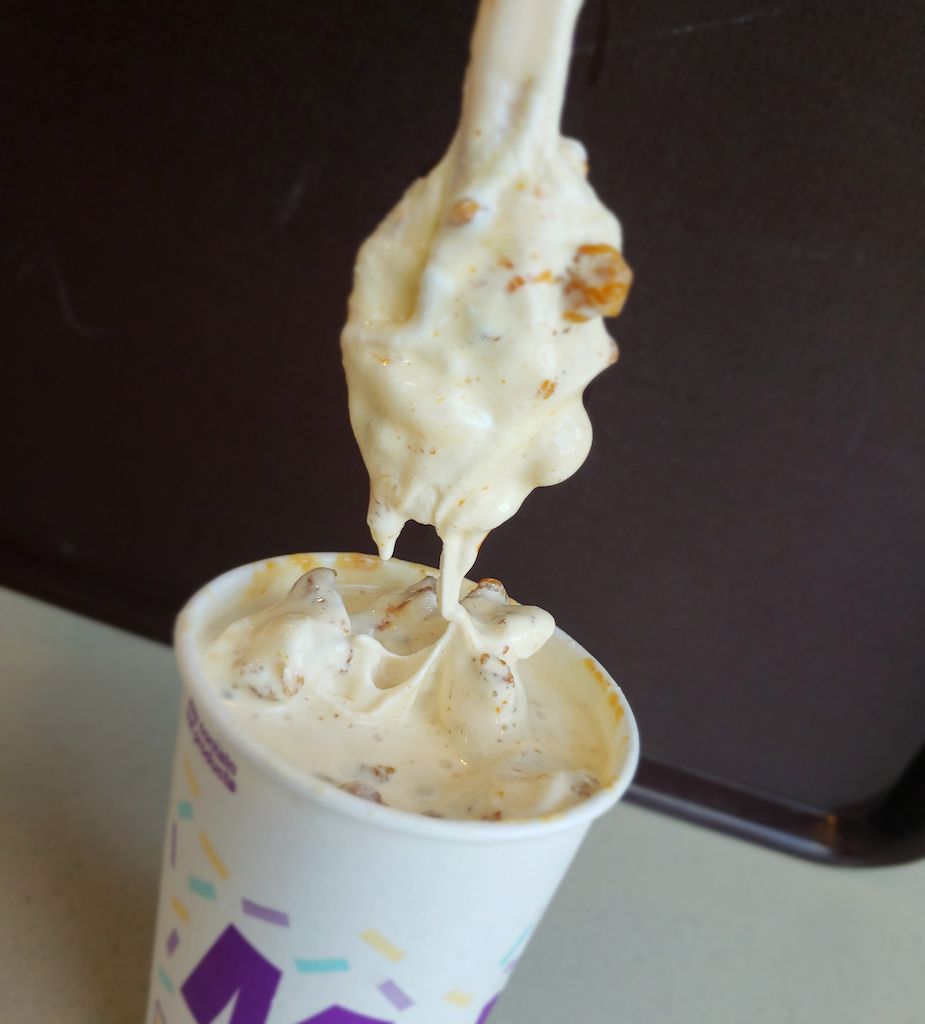 For those who’ve never had the pleasure of enjoying a Stroopwafel as your lone snack on a flight from Iceland to Amsterdam, these thin, cookie-like, caramel-filled waffles are a favorite to eat with coffee or hot chocolate — or, if you’re at McDonald’s, crushed up in soft-serve vanilla ice cream and topped with caramel sauce. Delicious even if you’re not in Amsterdam and not a bad option for breakfast.

None of the items on the menu were over $7, and you could enjoy a three-course, international menu for under $15 with a soda. Take THAT, Restaurant Week! Currently, the program is only in about 50 restaurants in South Florida, and while Cabrera-Bentancourt says she hopes the program continues and expands to other cities, she would not expand on whether McDonald’s had any plans to. But even if Flavors from Abroad never comes to your town, and you don’t make it down to Miami to try this menu. Hitting up the golden arches in another country is still a worthwhile cultural experience — no matter what so-called “cultured” locals might think.

Restaurants + Bars9 Michelin-Starred Meals You Can Eat for Under $30
Tagged
Food + Drink
What did you think of this story?
Meh
Good
Awesome