The city that brought us Elvis, Issac Hayes, and Three 6 Mafia is doing what it does best to try and keep us entertained while stuck at home.

Memphis, Tennessee, which was Music City before Nashville even knew what a recording studio was, is hosting a three-day virtual music festival featuring some of the city’s top artists from March 26-28. The festival aims not only to showcase the fantastic music that comes out of Memphis, but also support some local musicians who’ve lost income from canceled shows.

“This is the time to give back to the Memphis music community that has given so much to our city’s cultural identity,” says Memphis Tourism Music Specialist Jayne Ellen White. “Our music has brought such joy to so many and now is the time to speak to the world through our universal language: music.”

The festival will kick off Thursday with a live-streamed performance at 8:00 PM, and will continue through the weekend with various performances between 8:00 PM and 10:00 PM nightly. So, effectively, Memphis has figured out your weekend entertainment plans for you, and there’s no need to indecisively scroll through Netflix. You’re welcome.

Those looking to stream the festival need only go to the festival’s Facebook page, where shows will be available via the discussion feed each night. Though the lineup sadly will not include any Elvis impersonators, it will include Southern Avenue, Ben Nichols of Lucero, D’Monet, and over a half dozen other local acts. 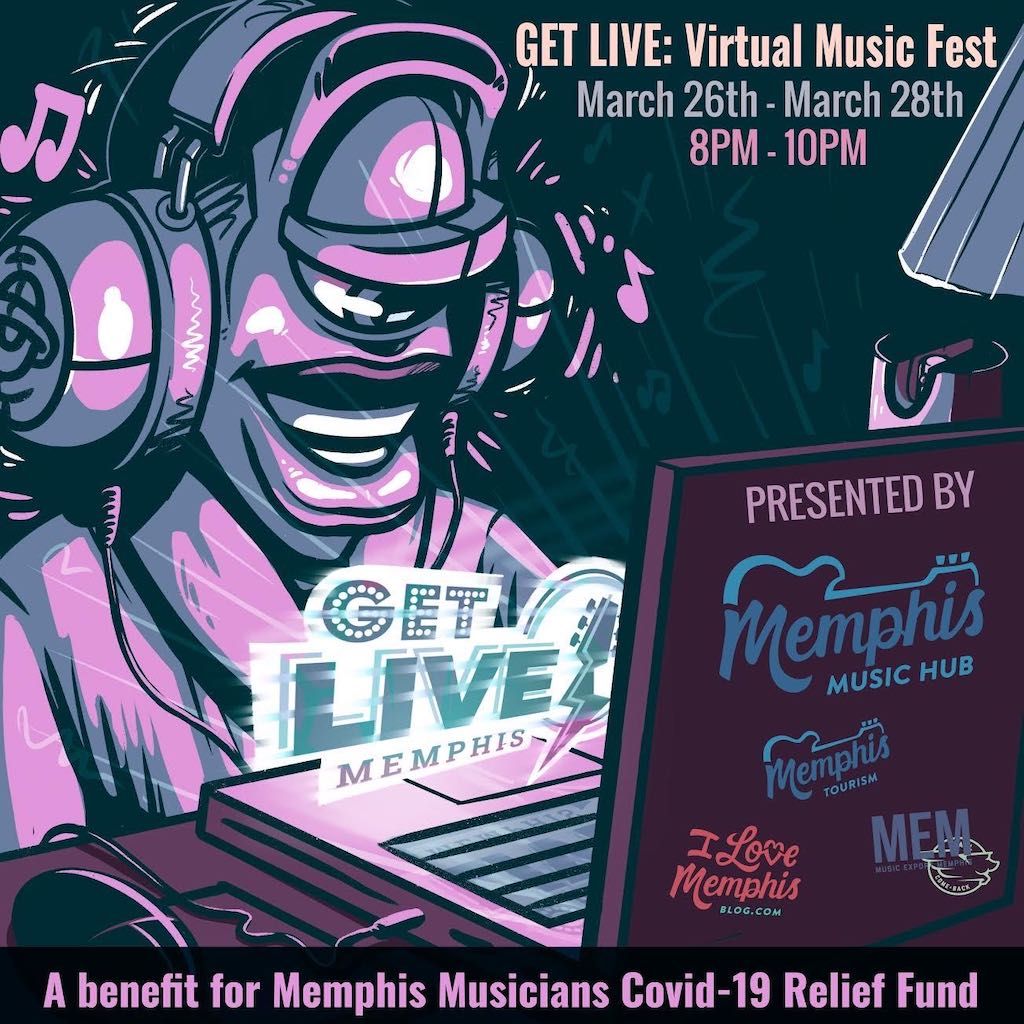 The shows themselves are free, but the festival’s purpose is supporting local musicians. So those who’d like to donate a little bit for an ENTIRE FREAKING WEEKEND of entertainment can do so through Music Export Memphis, which is accepting donations for its COVID-19 Emergency Relief Fund.

So grill up some ribs, jack up the humidity in your apartment, and get ready for a virtual weekend in Memphis with some of the city’s best musicians. It may be a little early for Memphis in May, but it’s the best way to visit the city while social distancing.

Music + NightlifeThis Calendar Shows the Live Music Streaming Shows You Can Watch at Home
Tagged
Events Music + Nightlife News
What did you think of this story?
Meh
Good
Awesome