There’s a reason that more native English speakers in the US study Spanish than any other language. The Romance language is by far the most widely spoken non-English language in the US. Only French bests it as the most popular in two mainland states, according to a map shared by Redditor SciviasKnows. However, by looking at the second- and third-most commonly spoken languages in every state, we get a more complex view of American linguistic diversity. While Chinese (both Mandarin and Cantonese) and German have sizable speaking populations across the US, native languages such as Navajo and the languages of more recent immigrant waves start popping up in clusters. 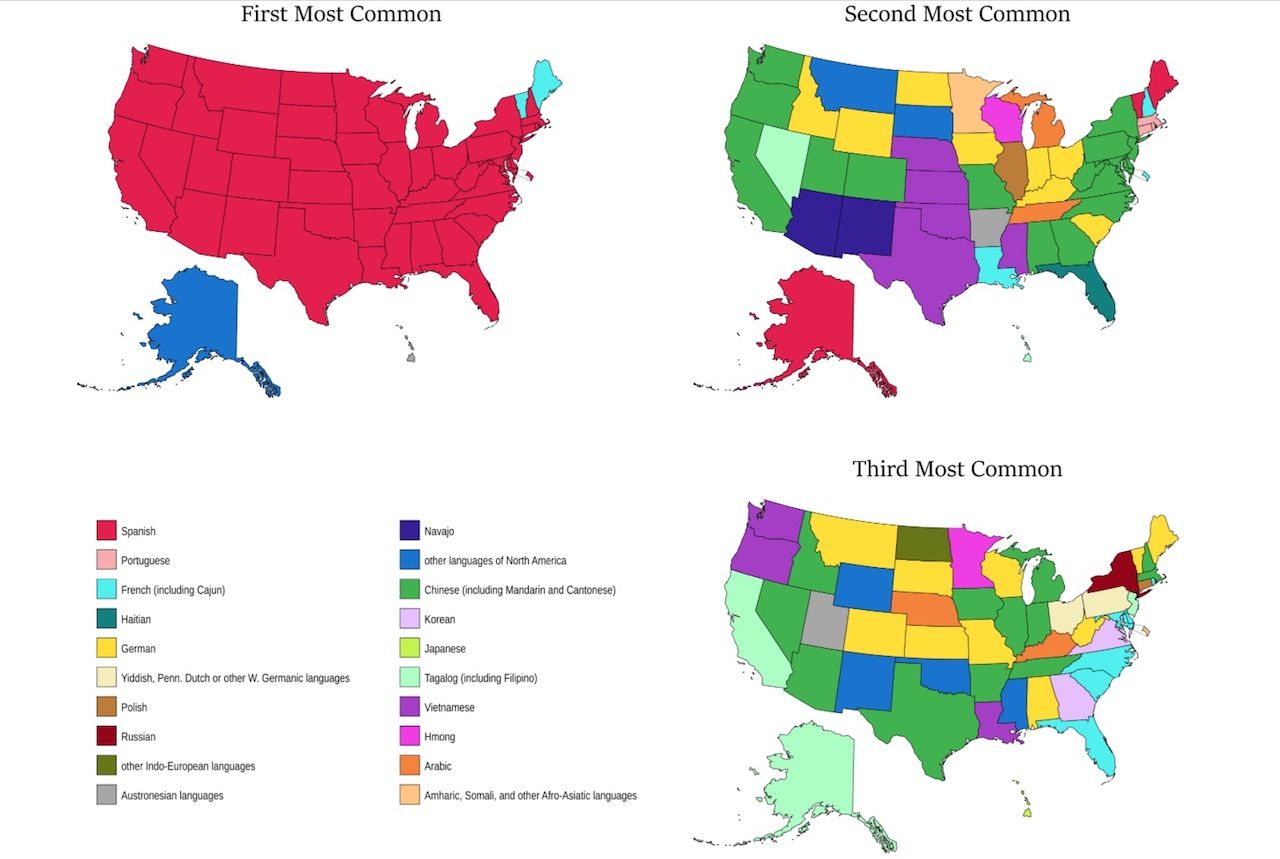 LanguagesHere Are the Languages the World Is Trying To Learn
Tagged
Maps + Infographics United States
What did you think of this story?
Meh
Good
Awesome