Ben Stiller had us all a little jealous. Like, how cool would it be to get trapped in the American Museum of Natural History and spend the night conversing with Teddy Roosevelt and a T-rex skeleton? Terrifying, yes, but still very, very cool. Sadly, odds are all those exhibits will never actually come to life, but around the world lots of museums, zoos, and aquariums — including the American Museum of Natural History in New York City — have overnight programs where you can get closer to the exhibits than you would during normal hours. From the Baseball Hall of Fame in New York to a jungle in Florida, here are some of the best museums, zoos, and aquariums where you can spend the night. 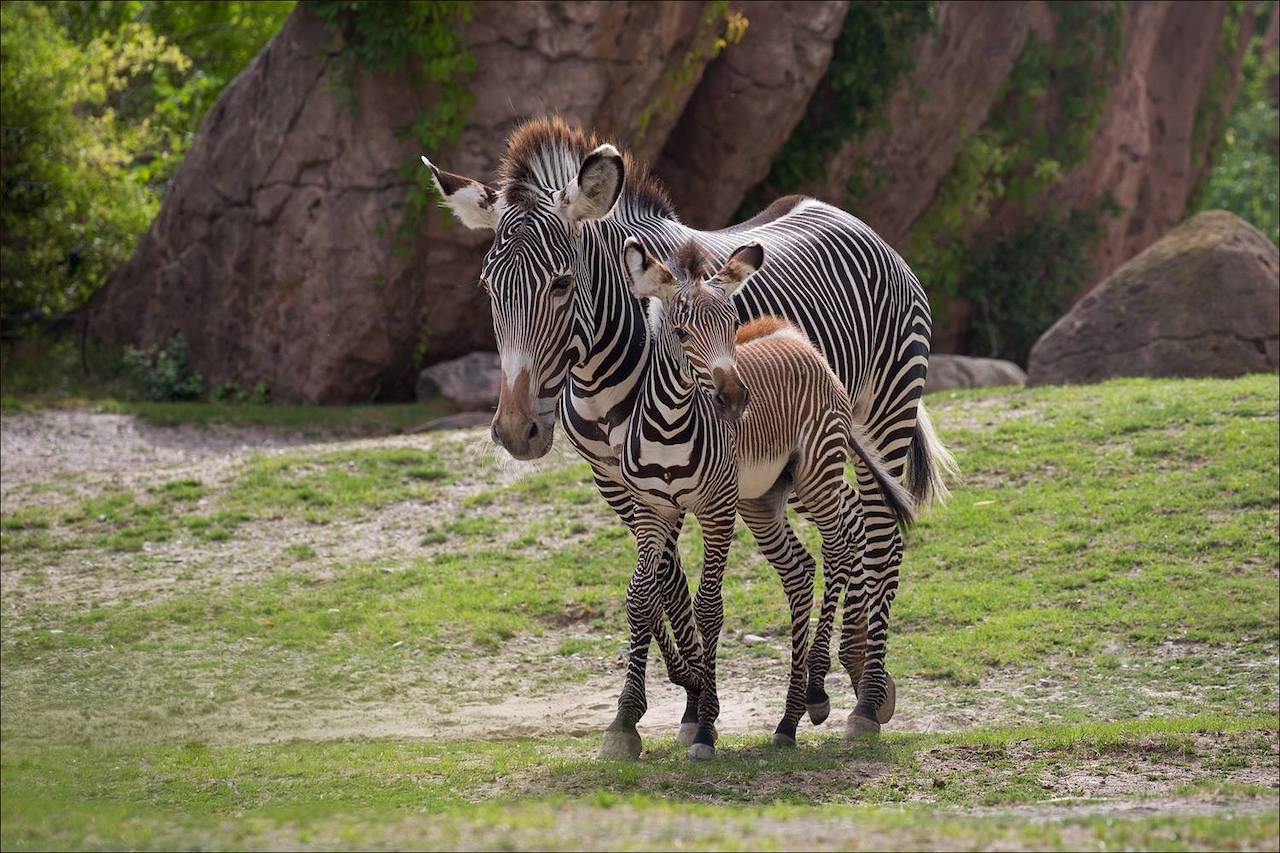 Safari glamping doesn’t have to involve crossing an ocean or taking a trip to Disney World. The Toronto Zoo puts you up in canvas tents in the middle of its African Savannah, where you’ll enjoy unparalleled access to the exhibit, as well as fully guided, interactive walking tours, buffet dinner and breakfast, and a s’mores-filled campfire, weather permitting. Most tours are for families or youth groups, but in July and August, the zoo offers adults-only tours, too. 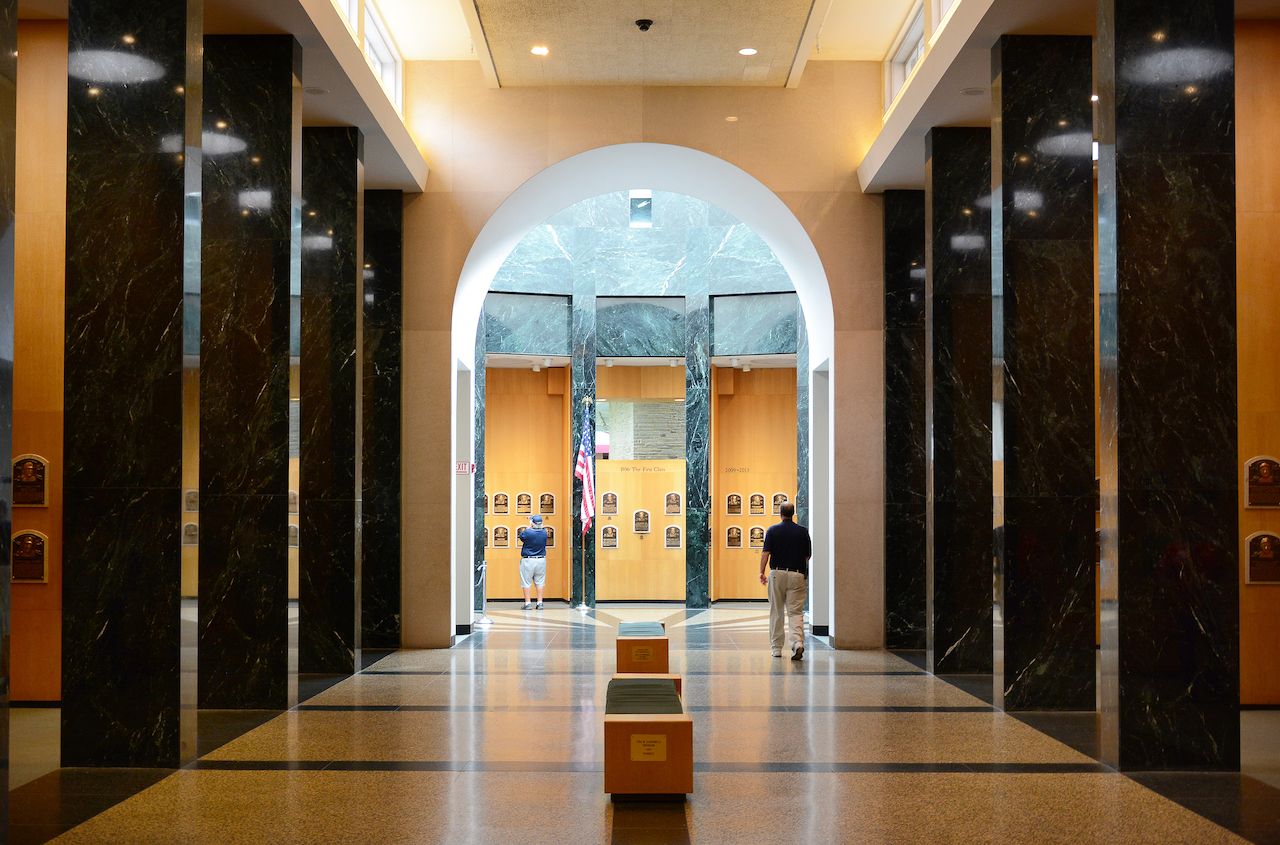 Imagine falling asleep under the watchful eyes of Babe Ruth, Ty Cobb, and Mordechi “Three Finger” Brown. That Field of Dreams fantasy comes true at the National Baseball Hall of Fame Museum where, as part of its Extra Innings Overnights, you’ll get to explore the museum with no crowds for about two hours then enjoy a special screening of Generations of the Game. Then comes naptime, when you’ll set up a makeshift bed in either the Hall of Fame Gallery or the first-floor exhibits, literally sleeping in the middle of baseball history. 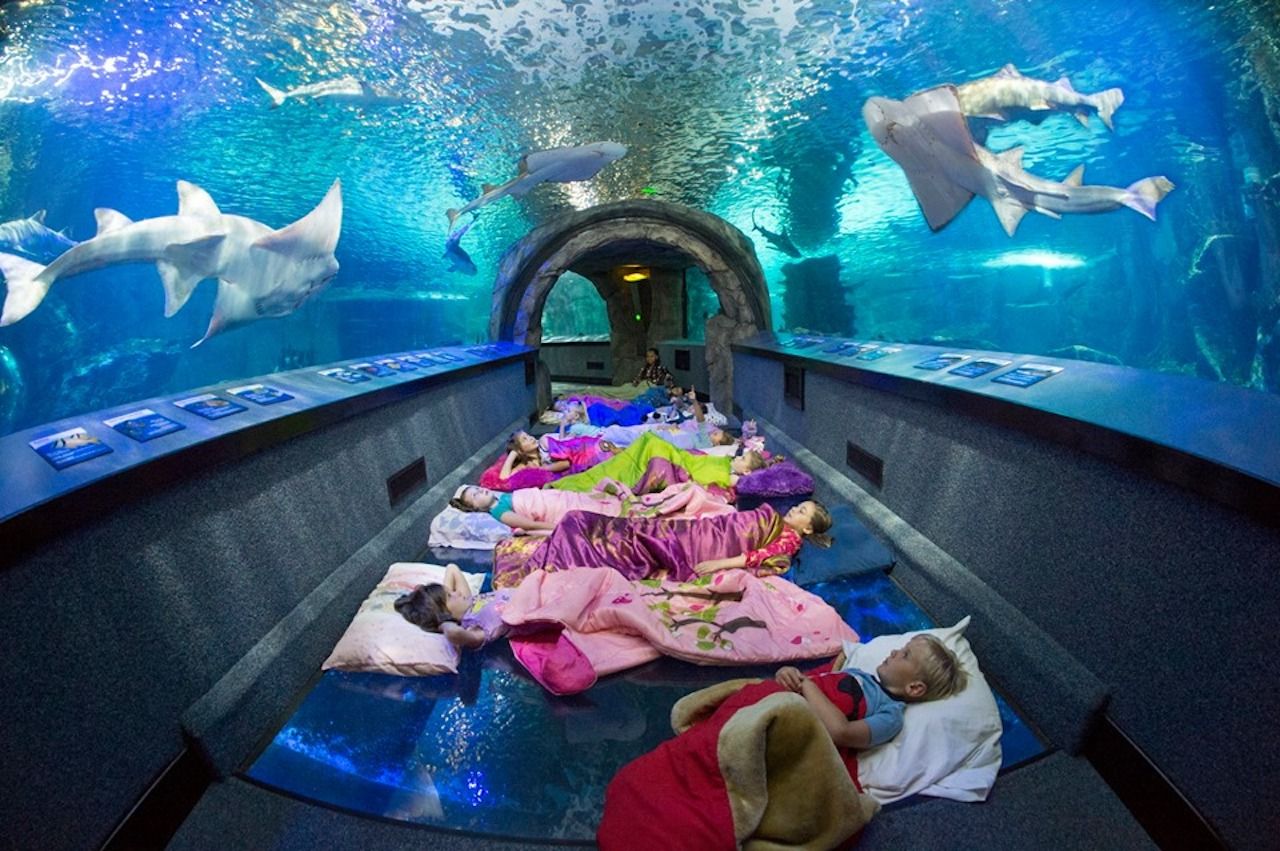 This Cincinnati suburb is home to the city’s premiere aquarium, where you’ll find thousands of exhibits, including the largest interactive seahorse exhibit in the world. It also puts a little more creativity into its overnight stays than other institutions, with a beach-themed overnight, an in-depth look at penguins, and a mermaid pizza party as part of its Overnight Adventures series. All programs include sleeping bag time under the museum’s massive tanks, plus animal encounters and breakfast in the morning. 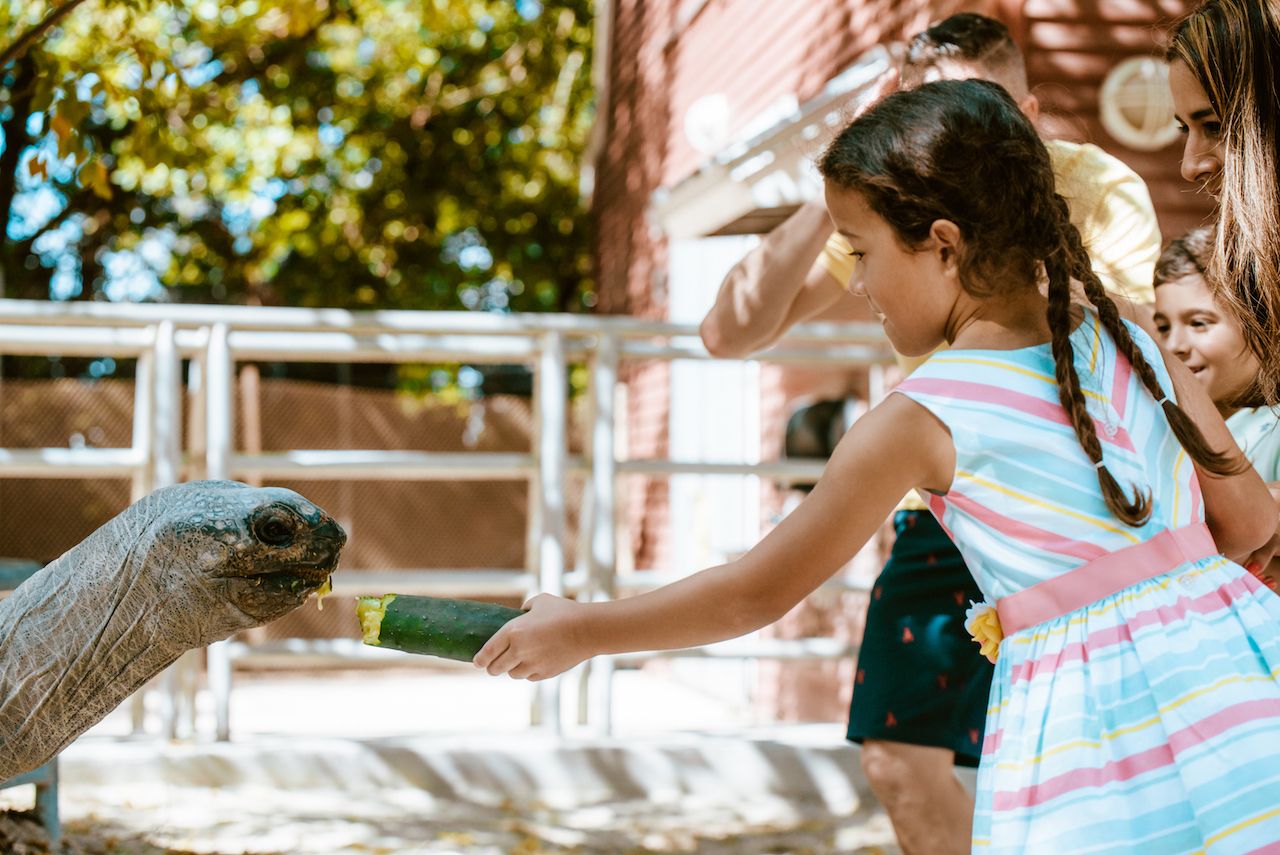 In what one might consider the creepiest overnight on the list, Miami’s tropical animal park offers a sleepover program where you’ll literally be sleeping in a jungle surrounded by parrots, alligators, and lemurs. Let the jungle noises lull you to sleep during the Overnight Expeditions, where in addition to living Heart of Darkness, you’ll partake in a flashlight hike to observe animal behaviors, eat s’mores around a campfire, create an art project, and participate in hands-on animal interactions. 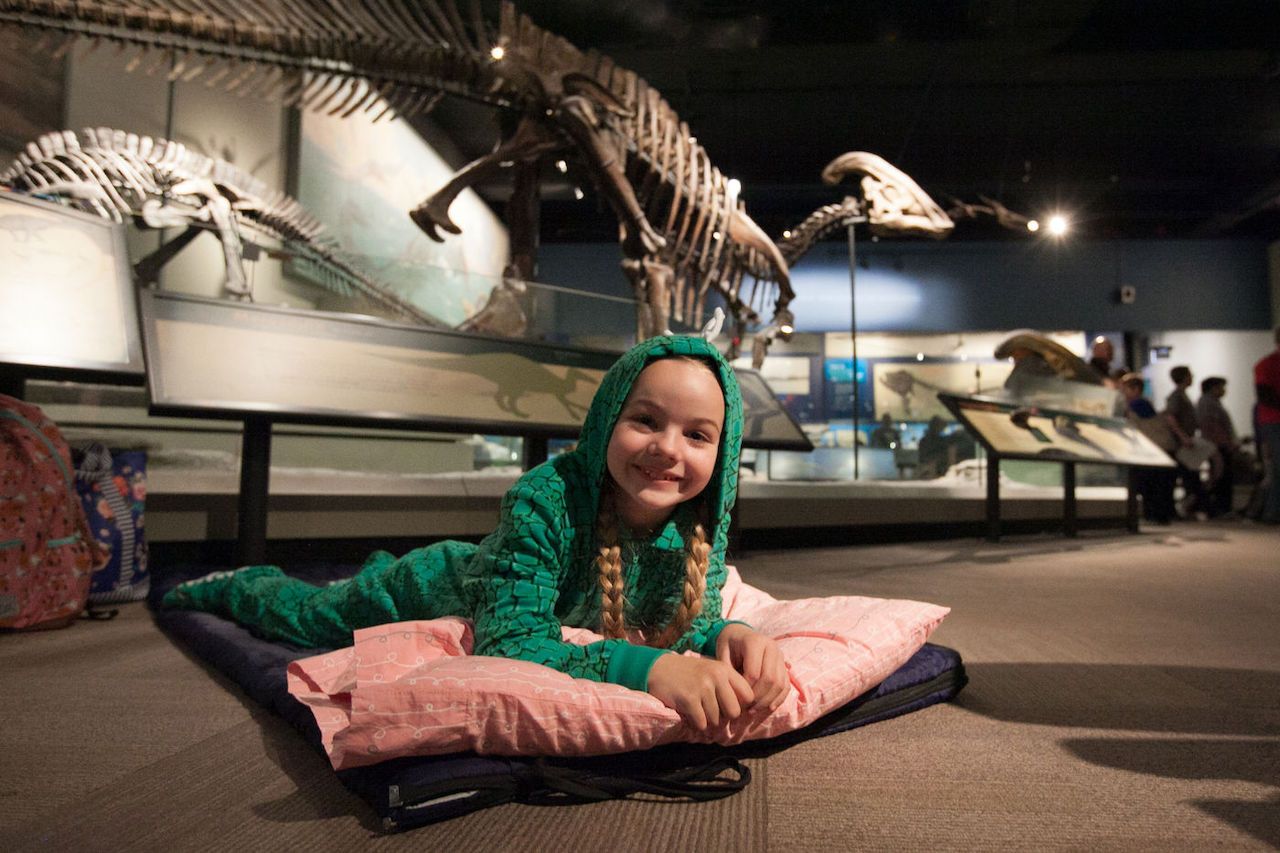 Chicago’s natural history museum offers a twice-monthly “Dozin’ with the dinos” program for children and groups with kids ages six to 12. During the overnight experience, guests will spend time with museum scientists, delving deep into the exhibits and doing hands-on activities like dissecting owl pellets. Then the lights go out, and it’s time to explore the exhibitions like a security guard, shining flashlights on the Griffin Halls of Evolving Planet, and the Elizabeth Morse Genius Hall of Dinosaurs. 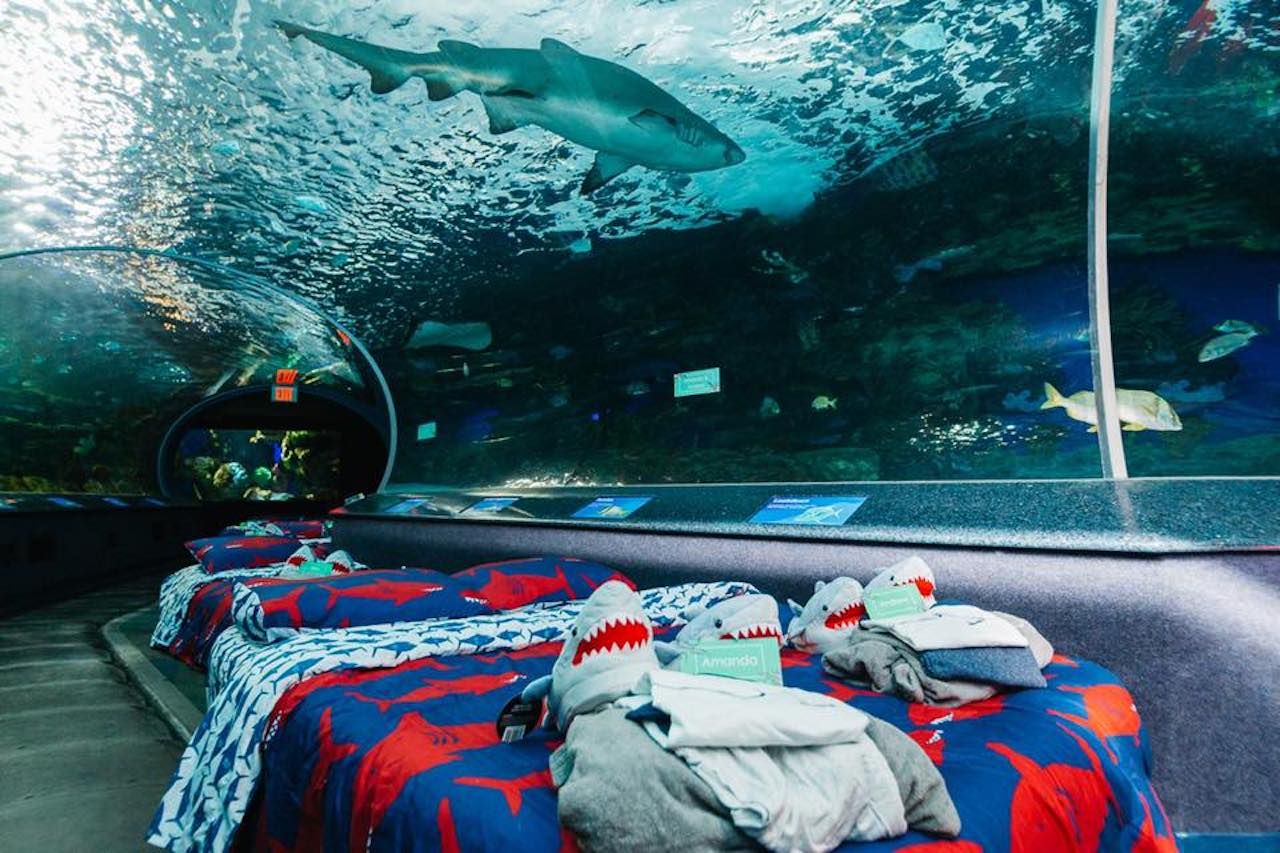 Sleeping in a shark tunnel generally sounds like an ill-advised way to spend the night. Not the case at Toronto’s Ripley’s Aquarium, however, where guests arrive at 8:00 PM to learn all about the aquatic animals that populate the museum. Once the general public leaves at 11:00 PM, it’s time for a bedtime snack, followed by a night sleeping inside the glass-encased Dangerous Tunnel where sharks, tropical fish, and other colorful ocean life keep you company while you sleep. 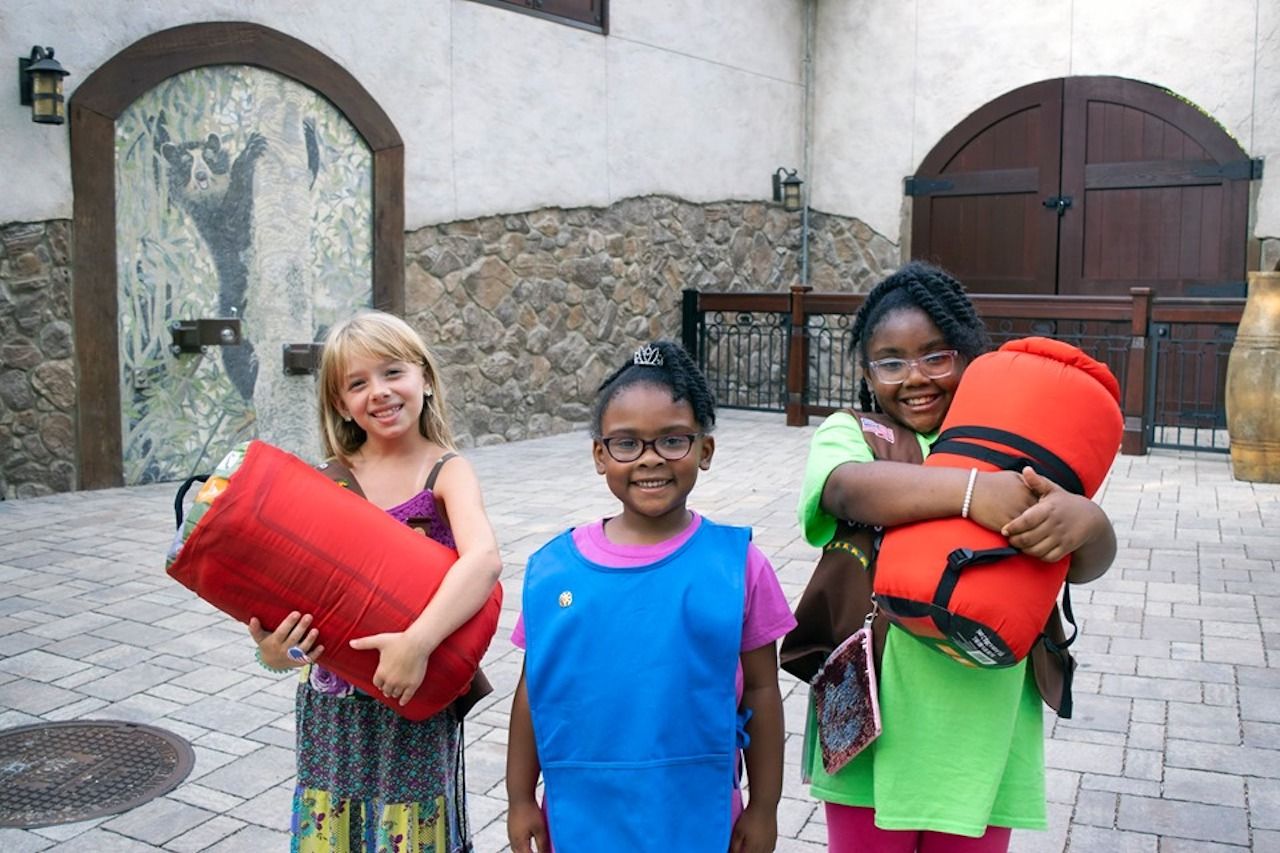 More than just a mere sleepover with wild beasts, the Nashville Zoo’s Zzzofari Slumber Party is a nightlong celebration where families pitch their own tents and treat the zoo like their own personal playground. The evening begins with hayrides, animal shows, and a soaring eagle zipline, then graduates to a 7:30 PM campfire with cornhole and s’mores. After that, it’s bedtime, followed by a full breakfast with the animals before your final send off. 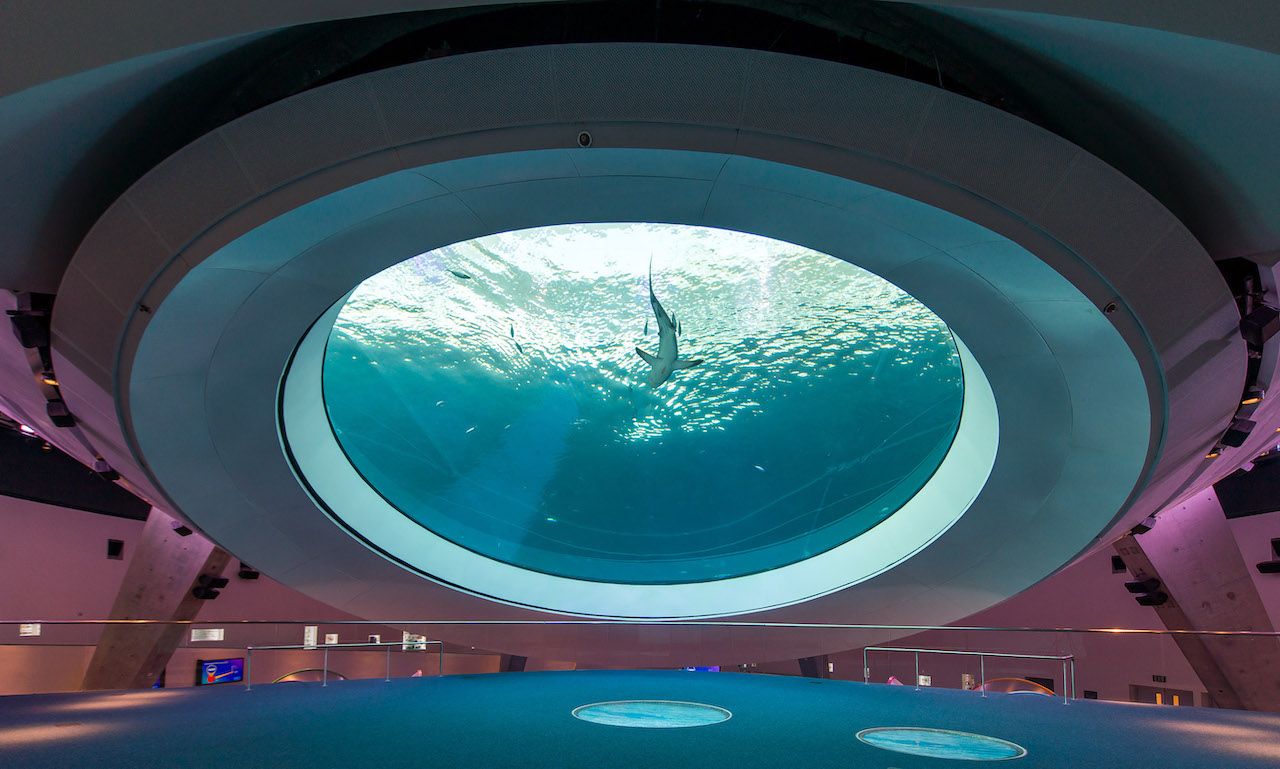 Appropriately, the most instagrammable museum sleepover in America is in Miami, where kids get to set up their sleeping bags under the Frost Museum’s infamous oculus, a circular window into an aquarium filled with hammerheads, rays, and other tropical marine life. During the program, kids will dine on cheese pizza and a late-night snack, then explore the rest of the museum’s exhibits like Strange Matter and a mini mock-up of the Everglades. The fun ends between 10:00 AM and noon, giving Miami parents plenty of time to sleep in. 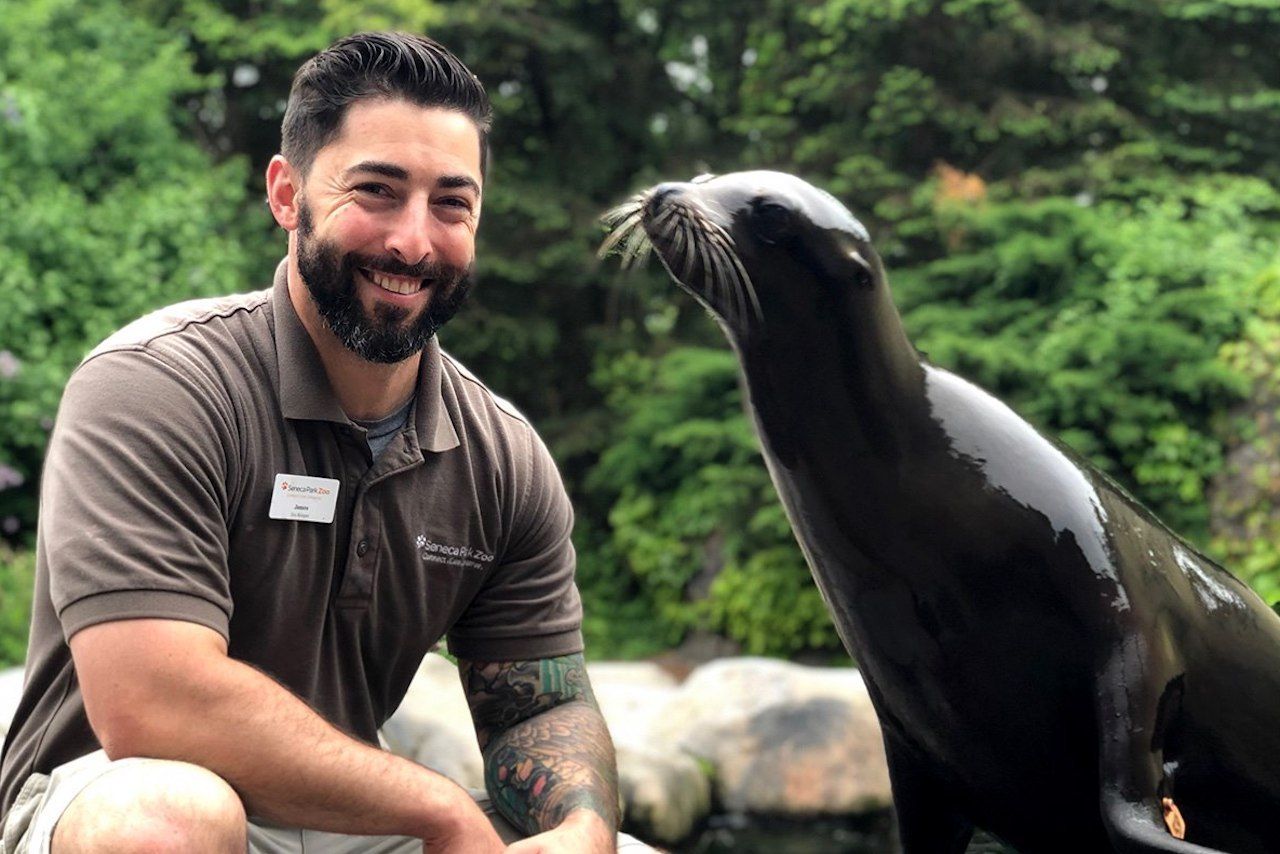 Rochester’s landmark educational institution’s Bunk with Beasts offers possibly the most immersive zoo overnight program in America, beginning the experience with an informative dinner so guests can learn about all the animals they’re about to see. It’s followed by an after-hours tour of the zoo, then a light snack before an early bedtime. The next morning, guests rise early to see how the zoo prepares for the day, including early-morning animal feedings and a look at some of the more-nocturnal residents you might not catch during the day. 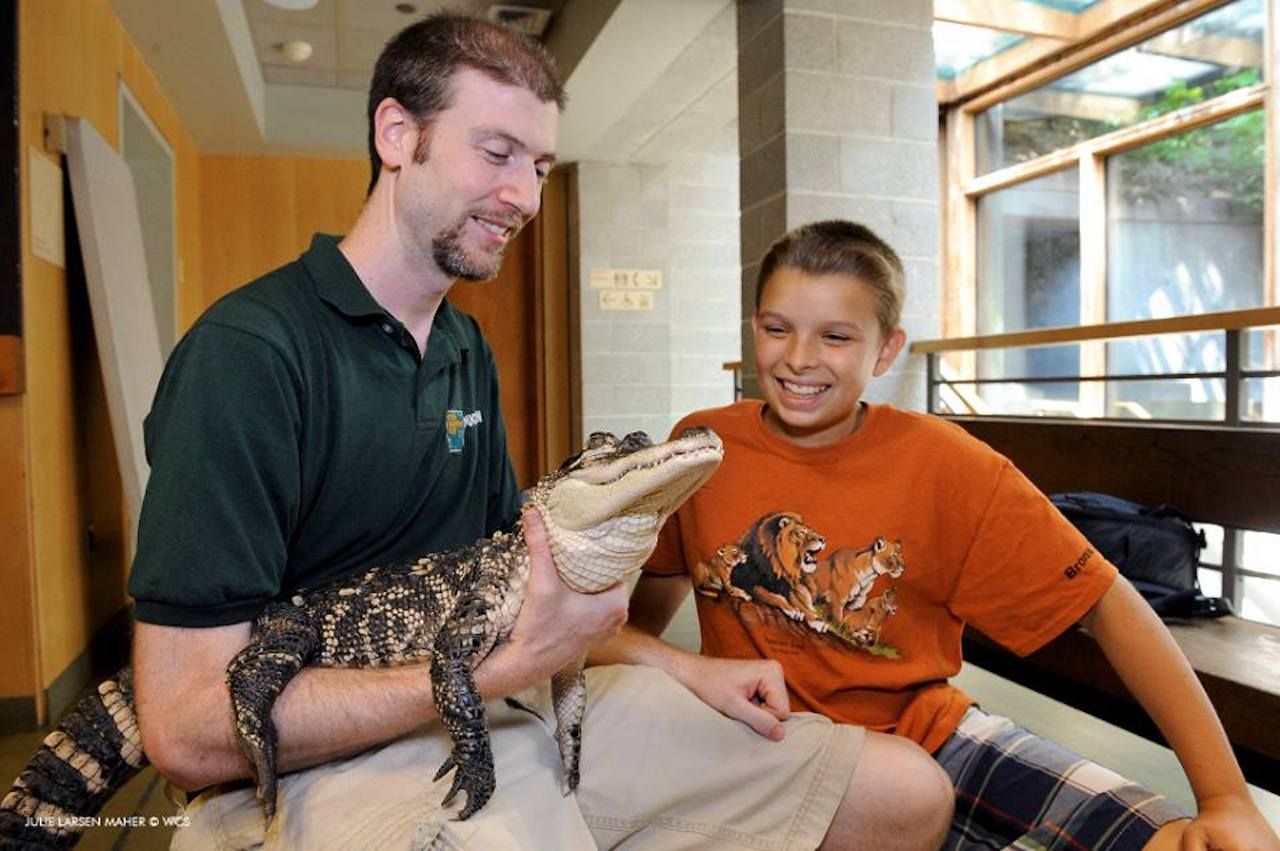 Family overnights at the venerable Bronx Zoo predate nearly all the programs on this list, celebrating their 25th anniversary this year. The 2019 edition of the overnights has guests solving a mystery during the event, all the while getting unfettered access to the zoo after hours and enjoying ice cream and a late-night snack. In the morning, you’ll find a children’s scavenger hunt and early entry to the Nature Trek and children’s zoo. 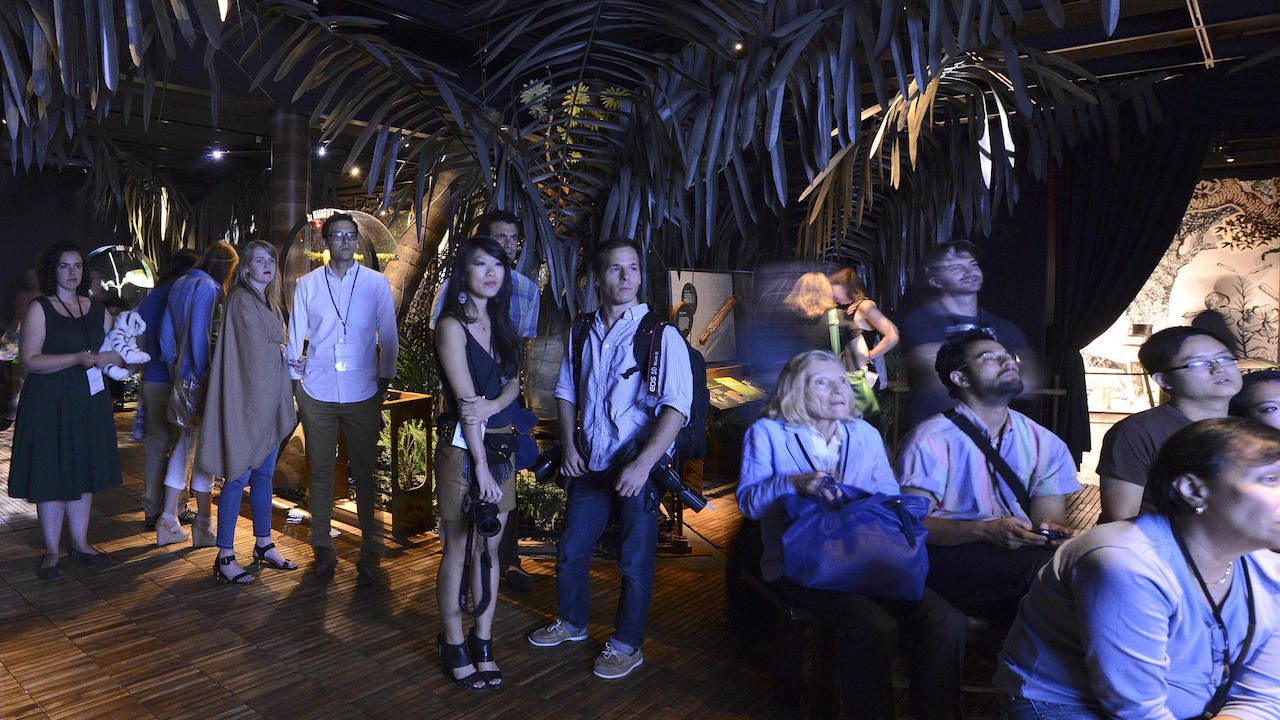 The most famous T-rex skeleton in the world is all yours several times a year when the American Museum of Natural History stays open late for its family and adult sleepovers. The family editions include live animal demonstrations, as well as screenings of Dark Universe in the Planetarium and a 3D movie in the LeFrak theatre. The adult sleepovers are a more elaborate affair, with a Champagne reception, massive dinner buffet, cots for sleeping, and a breakfast snack. 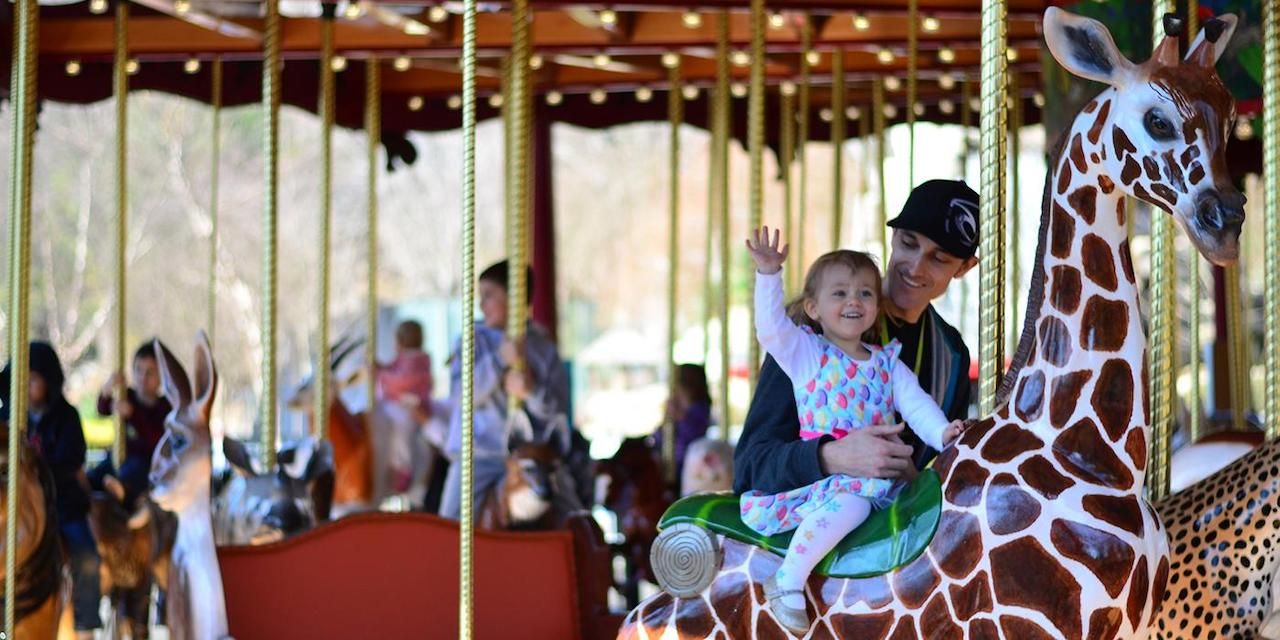 The Smithsonian’s National Zoo offers family and adult programs too, though with Snore and Roar’s the differences are mainly between the educational programs they offer. Both programs will have you setting up your tent on Lion/Tiger Hill and enjoying a private, guided tour of one of the zoo’s main exhibits. You’ll sleep to the sounds of wolves and wake to the barking of sea lions, as close as you’ll get to either experience without venturing into the wild. 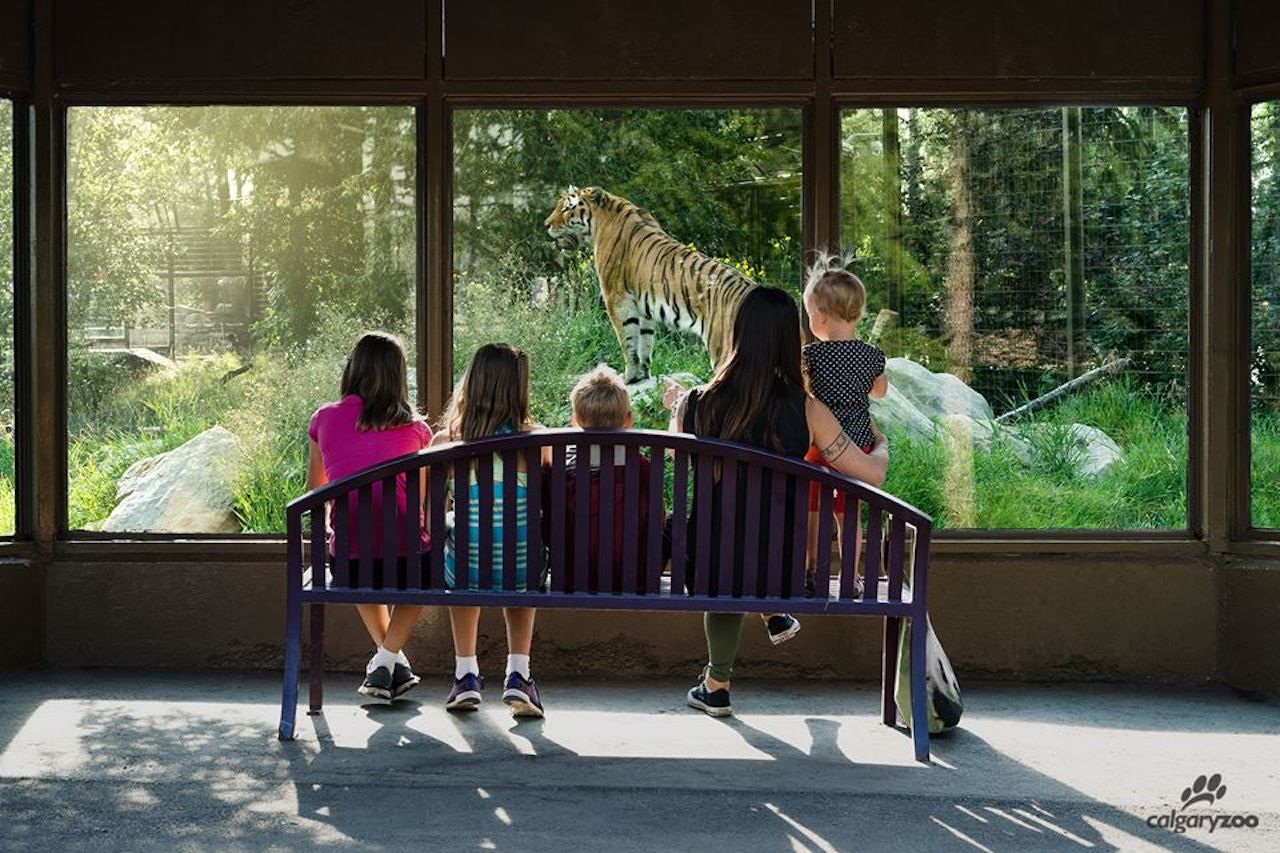 For a zoo overnight with a little bit of social purpose, head north of the border for the Calgary Zoo’s sleepovers. In addition to animal encounters and educational programs, guests will learn about the challenges facing these animals in the wild and ways they can take action to help them. The sleepovers also have different themes, so you can go back more than once and experience The Northern Lights, Penguin Sleepover, or the Savannah Sleepover. 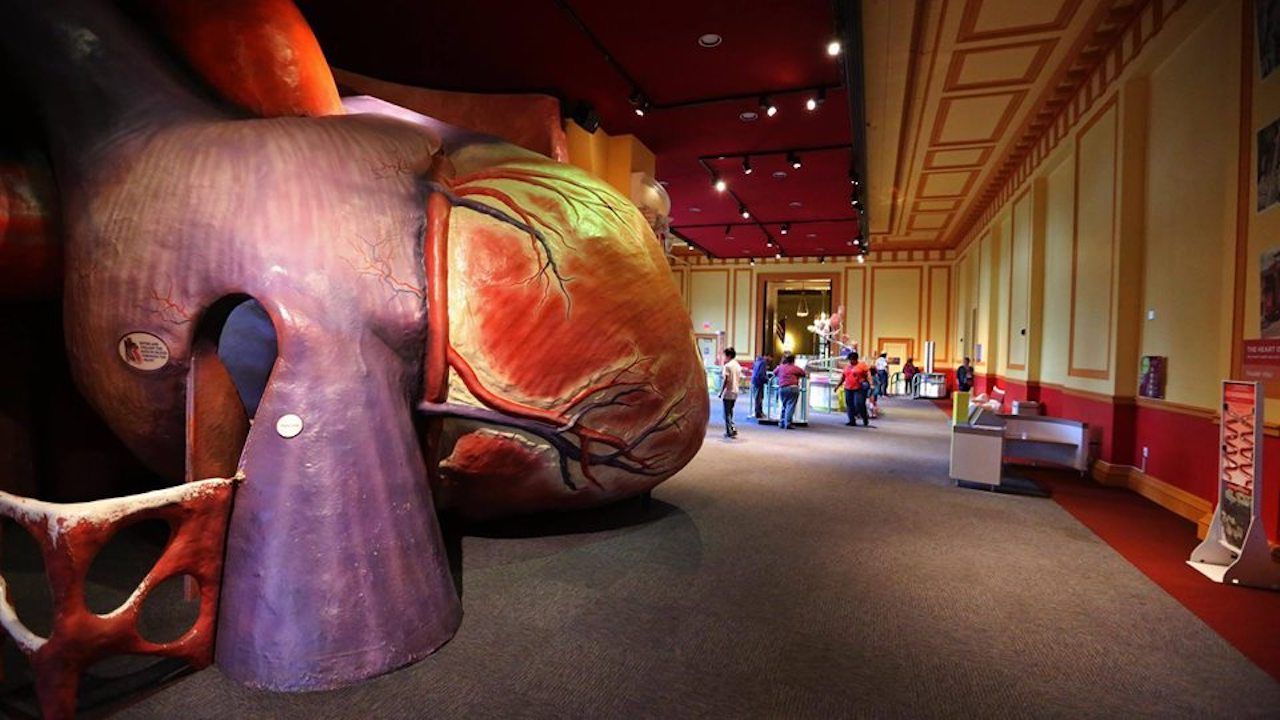 Edgar Allan Poe may have been onto something when he waxed poetic about the hypnotic nature of a beating heart. See if your kids find the same magic when they Camp-In at Philadelphia’s science museum, where in addition to spending the night amongst the exhibits, they can also fall asleep next to a giant beating heart. Beyond larger-than-life cardiovascular educations, they can also watch the Asteroid show in the Fels Planetarium, catch the Dream Big show in the IMAX theater, and gaze at the stars through a high-powered telescope in the Bloom Observatory.