Lest 2020 seem like it will last forever, let’s remember this: The Earth is 4.5 billion years old. You are not old. The milk in your fridge is not old. The Earth? The Earth is old. And this pandemic? It will not last forever. But for now, let’s forget about 2020. Let’s find places in the world that scream of a different era — one overflowing with lava, ancient shallow seas, glacial lakes, and long-gone mountains. Gas up the Delorean — here’s eight places you can camp that throw it way further back than Thursday. 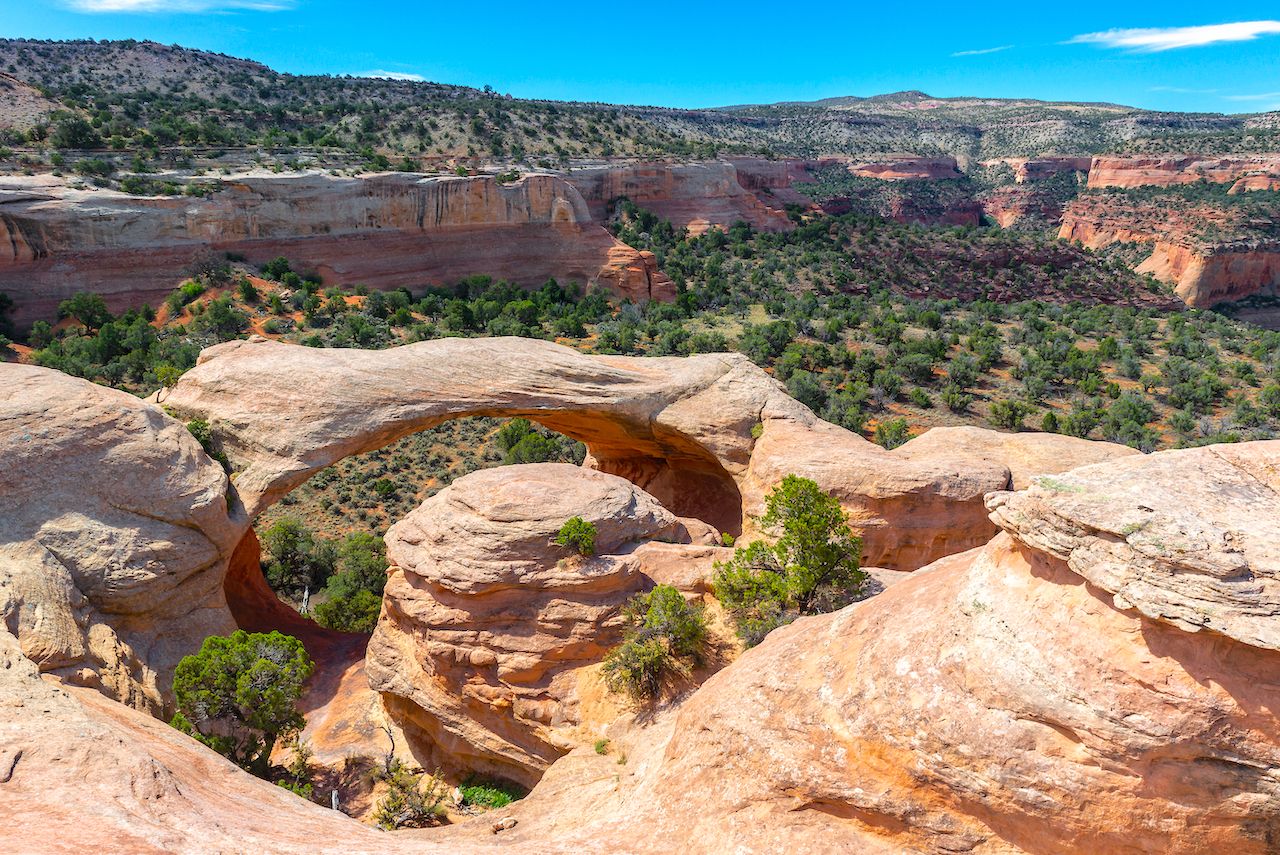 There’s a place in Colorado (and a tiny section of Utah) that has the second-highest concentration of arches in the world. Here, there are seven distinct red-rock canyons, with the granddaddy of them all measuring 12 miles long and 1,000 feet deep, as well as countless spires, windows, plunge pools, and even, come summer, waterfalls. Golden eagles guard the sky, the Colorado River rushes below, and parts of the landscape date back to the Proterozoic era, some 2,000 million years ago. Welcome to the Black Ridge Canyons Wilderness, part of McInnis Canyons National Conservation Area.

Four hours west of Denver and 15 miles west of Grand Junction, Black Ridge Canyons makes up 117 square miles (out of McInnis’s total of 193 square miles) and offers serious solitude for hikers, backpackers, rafters, and kayakers. You’ll want a high clearance 4WD vehicle to get to the most primitive areas, but sticking to the more accessible spots — like Ruby Canyons, which is great for float trips, Mee Canyons for hiking, and Rattlesnake Canyon for its many arches — still gets you that off-grid feeling. 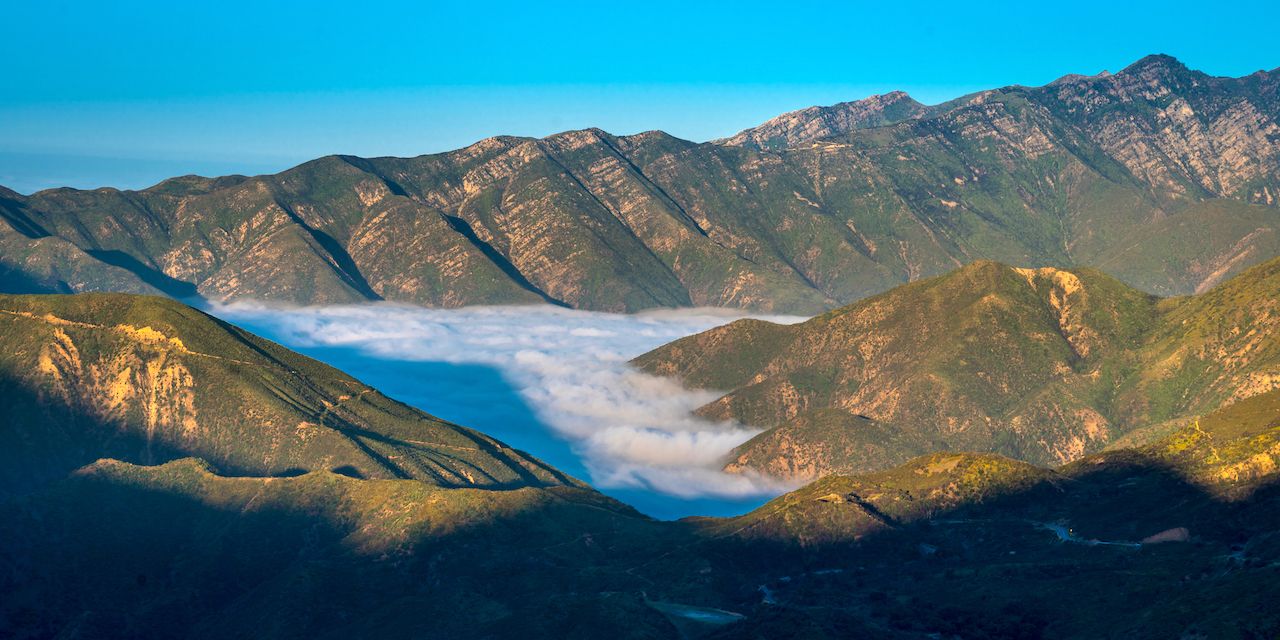 Considering Arizona used to be oceanfront property, most of California is pretty fresh. But get toward the Mojave and into Los Padres National Forest, and things change.

Here, the land is old (like 1,700 million years old), and it is huge. Los Padres National Forest covers 1.75 million acres, reaching from Big Sur to just south of Bakersfield. But to go seriously back in time, head toward Mt. Pinos near Frazier Park. The Mt. Pinos and Frazier Mountain trails will take you to the first days of California’s emergence from the sea, and plenty of other peaks and trails light up this area, too. Here, you’ll get all the bang of the Californian wilderness — without the infamous national park crowds.

When it comes to staying overnight, the Mt. Pinos Campground has fantastic views, shaded by Jeffrey pines. The Chuchupate Campground is nearest to Frazier Mountain, and over a dozen other campgrounds can be found in the Mt. Pinos Ranger District. Though, of course, you’re welcome to backcountry camp in the forest, too. 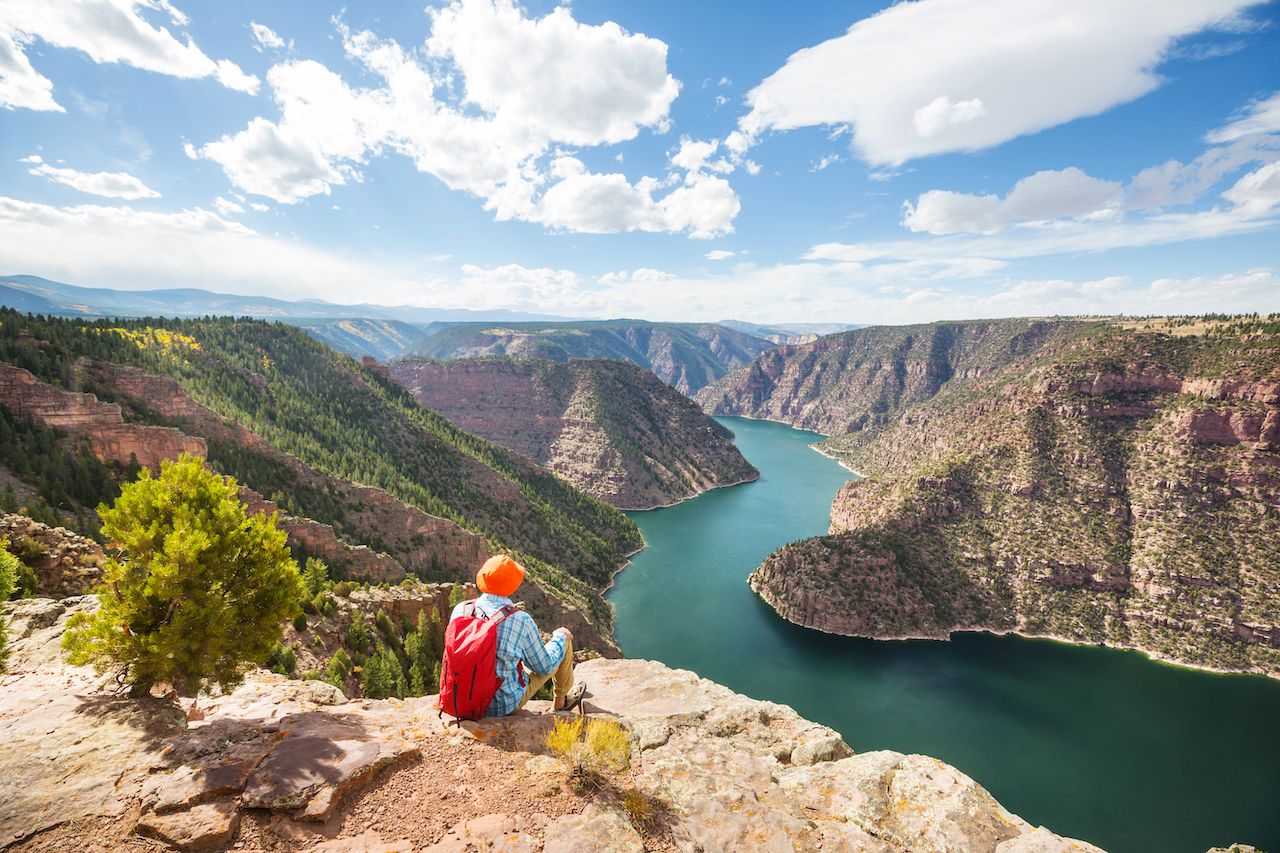 The red rocks of Flaming Gorge are a 700-million-year-old stunner. Here, you’re deep in the Uinta Mountains, a range that, somehow, runs east-west. A dam turned a stretch of the Green River into a reservoir, and now the gorge’s flooded bottom is a hotspot for boating, fishing, waterskiing, and windsurfing. Back on land, hiking and backpacking reign supreme.

This area is well known for its fossils, and right next door is Dinosaur National Monument. When you imagine this place, though, don’t picture the desert. The Ashley National Forest and its spruce, pine, and aspen quickly take over the red-rock terrain to the south. As for camping, there are 43 campgrounds (and 360 miles of shoreline), so take your pick. What adventure will it be? 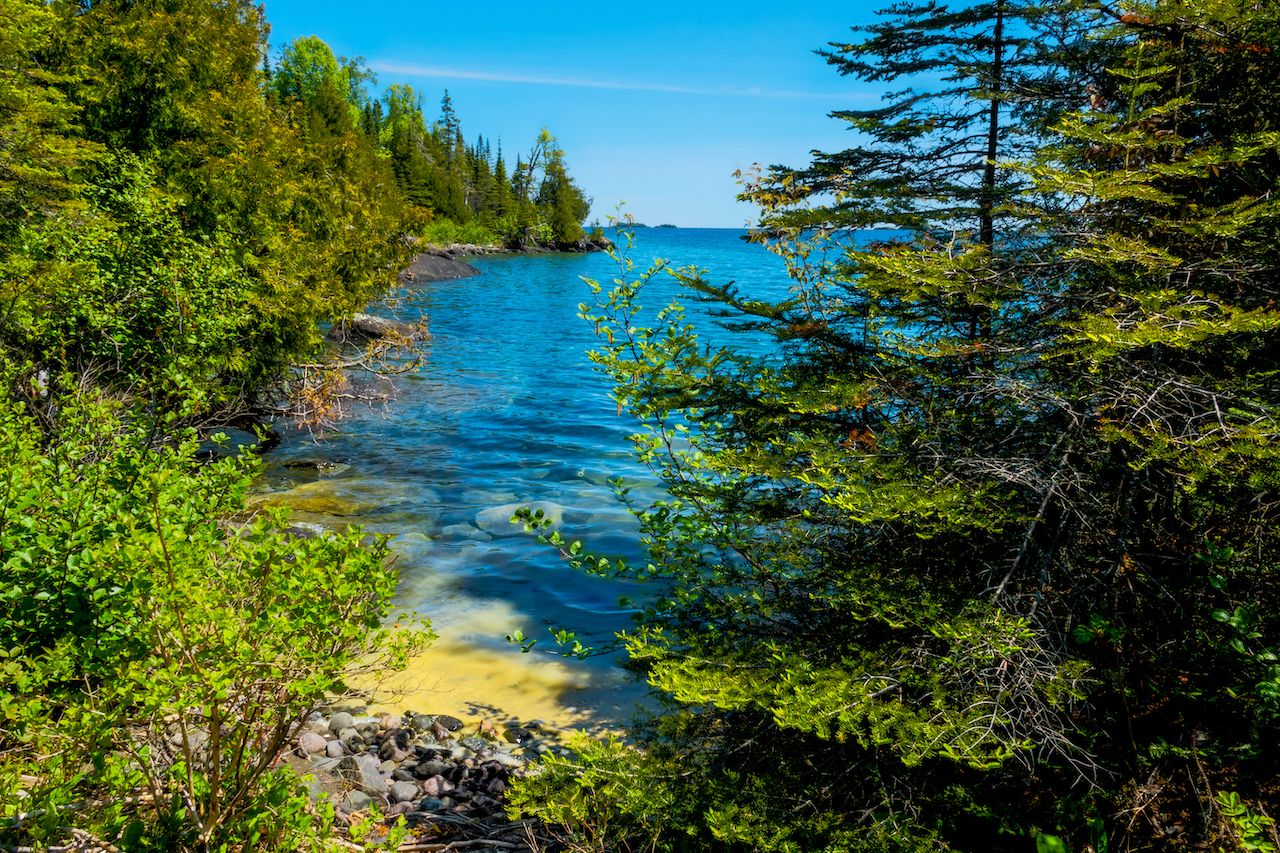 With 26,000 visitors a year and land mostly containing water, Isle Royale isn’t your everyday national park. It’s the largest island in Lake Superior, formed as a result of North America almost splitting in two about a billion years ago.

Yep. The Keweenawan Rift failed to split the continent apart, instead exposing, heating up, and doming certain volcanic rocks, including the island of Isle Royale. Lake Superior sits in a basin created by the rift and, helped along by glaciers, along some of the oldest rocks on the continent. Next time someone tells you the Midwest is boring, let them know — gently — that they clearly don’t know what they’re talking about.

You can access the island, and thus the park, via ferry from either Houghton or Copper Harbor, MI, or Grand Portage, MN. Once you’re here, set up shop at one of the island’s 36 campgrounds and do land-based or water-based day trips, or hike along the island’s 45-mile length either inland or along the coast, backpacking your way across the isle. Just make sure you have a permit; they’re free for groups smaller than six. 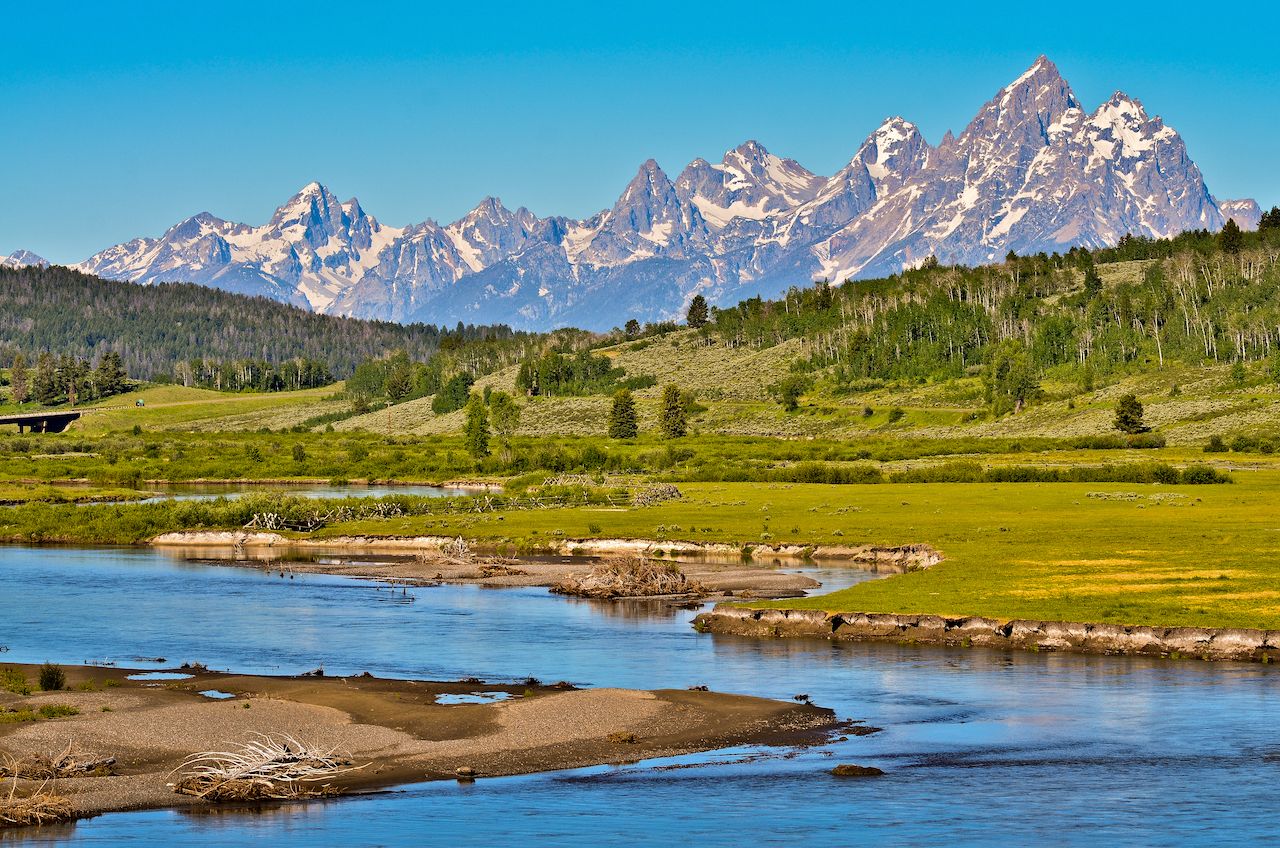 Grand Teton National Park has some of the oldest landscapes in the NPS, dating back a mere 2.5 billion years. While you could totally camp there, the wilderness next door has a much better tree-to-human ratio. The Teton Wilderness is part of the Bridger-Teton National Forest, and this section alone has 450 miles of trails throughout its astounding 585,000-plus acres. 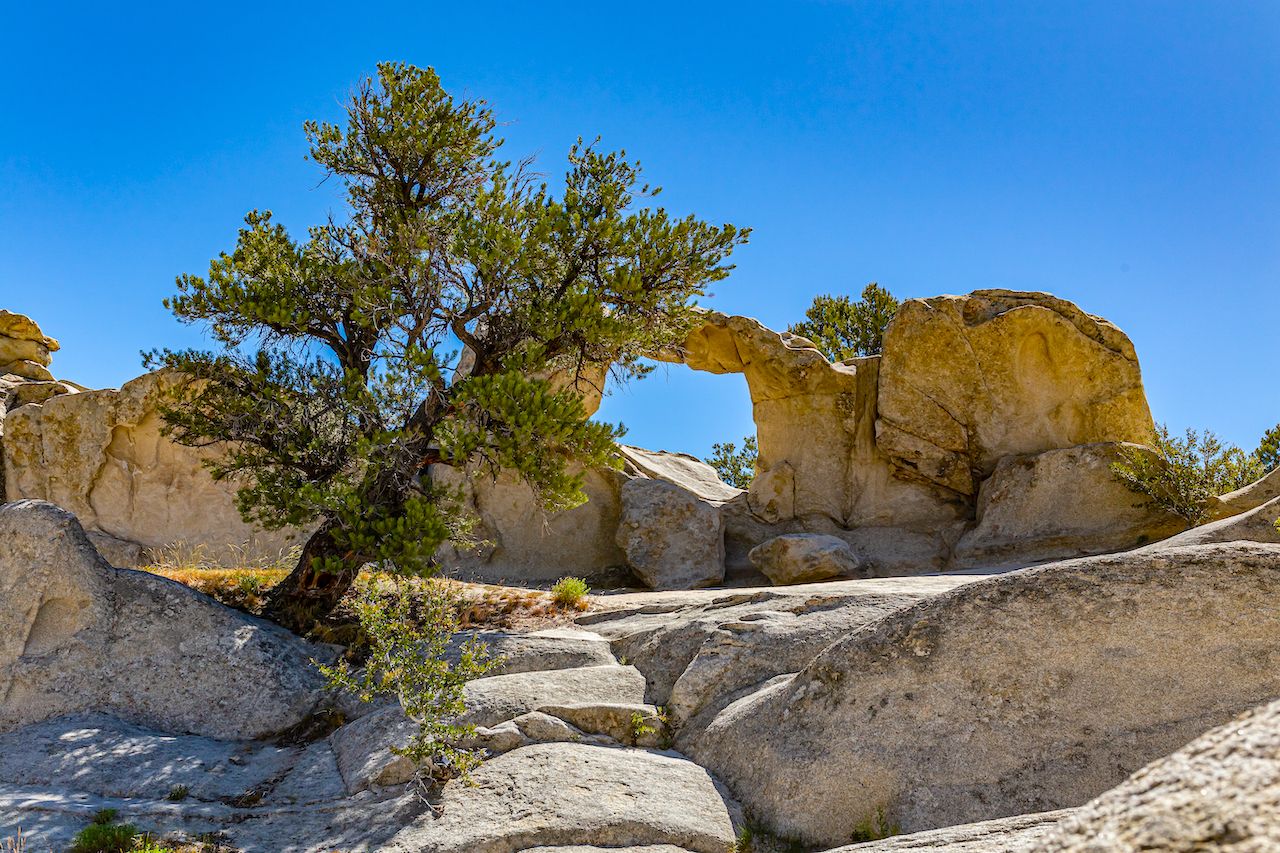 Gently rolling sagebrush is the name of the game in south-central Idaho until granite behemoths — peaks, spires, and pinnacles — pop out of nowhere, forming the City of Rocks. To many mountain climbers, it’s just “The City.” There are over 1,000 climbing routes here, each winding up cliffs and walls anywhere from 28 million to 2.5 billion years old.

Smoky Mountain Campground, with 38 sites, is the go-to for most campers and climbers. Though with 22 miles of hiking trails and options for horseback riding, fishing, birding, and epic photography, it’s not just climbers who should take advantage of The City. Note: If you wanna get fancy, check out the Willow Glamping Yurt. 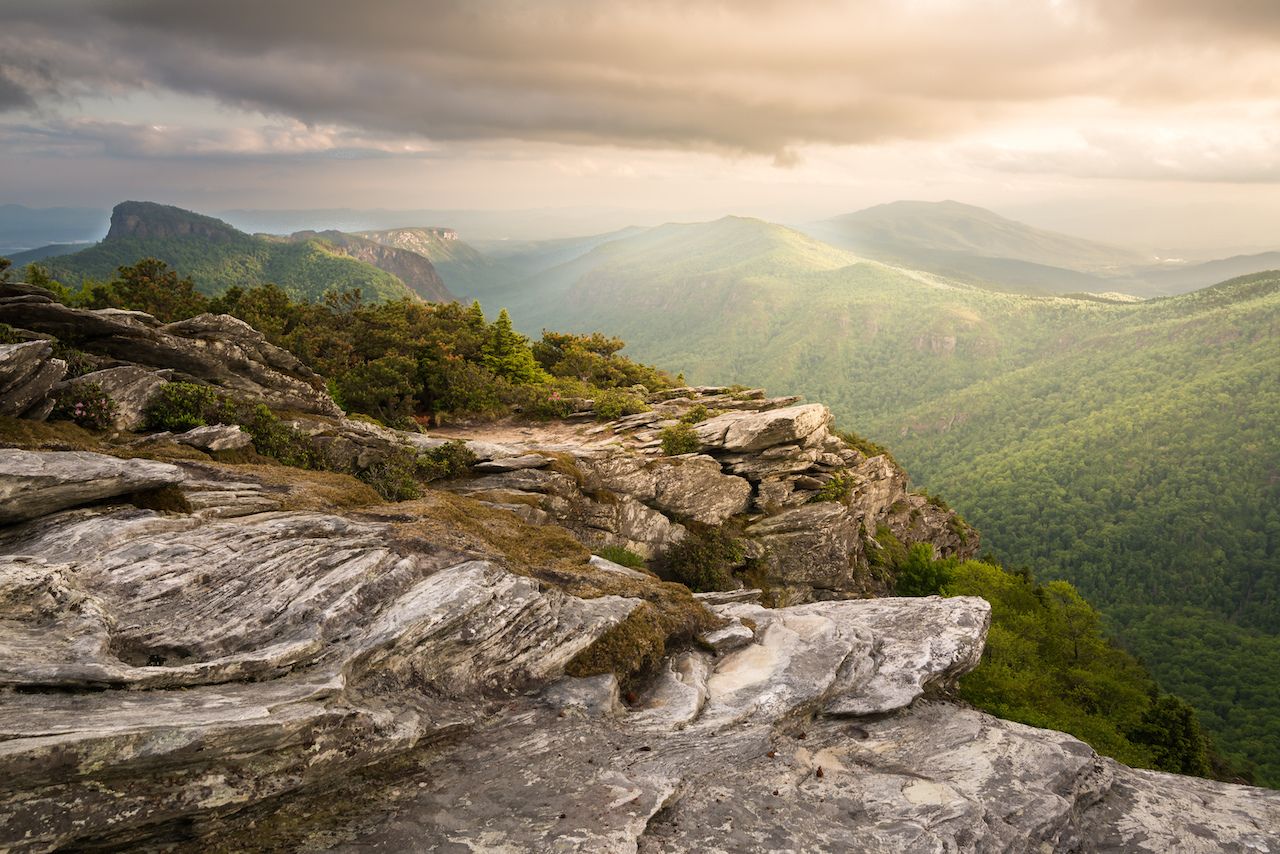 The Blue Ridge Mountains are the second-oldest in the world, once as sky-high as the Alps, courtesy of a little collision with Africa. Now peaking at around 6,000 feet, they still contain majestic views and landscapes, lush canyons, waterfalls, and forests rolling away from you until they look blue.

The “Grand Canyon of North Carolina,” Linville Gorge — and the stunning Linville Falls and Grandfather Mountain — is a great place to base for any Blue Ridge Trip. The Linville River drops 2,000 feet to the valleys below, hiking trails abound, and the Blue Ridge Parkway makes for a scenic arrival and escape. Camp at the nearby Linville Falls Campground or head out to one of the established individual backcountry campsites on the gorge’s east rim. Both the Hawksbill Mountain trailhead and the Spence Ridge trailhead lead to great spots, though note that a permit is necessary from May through October. 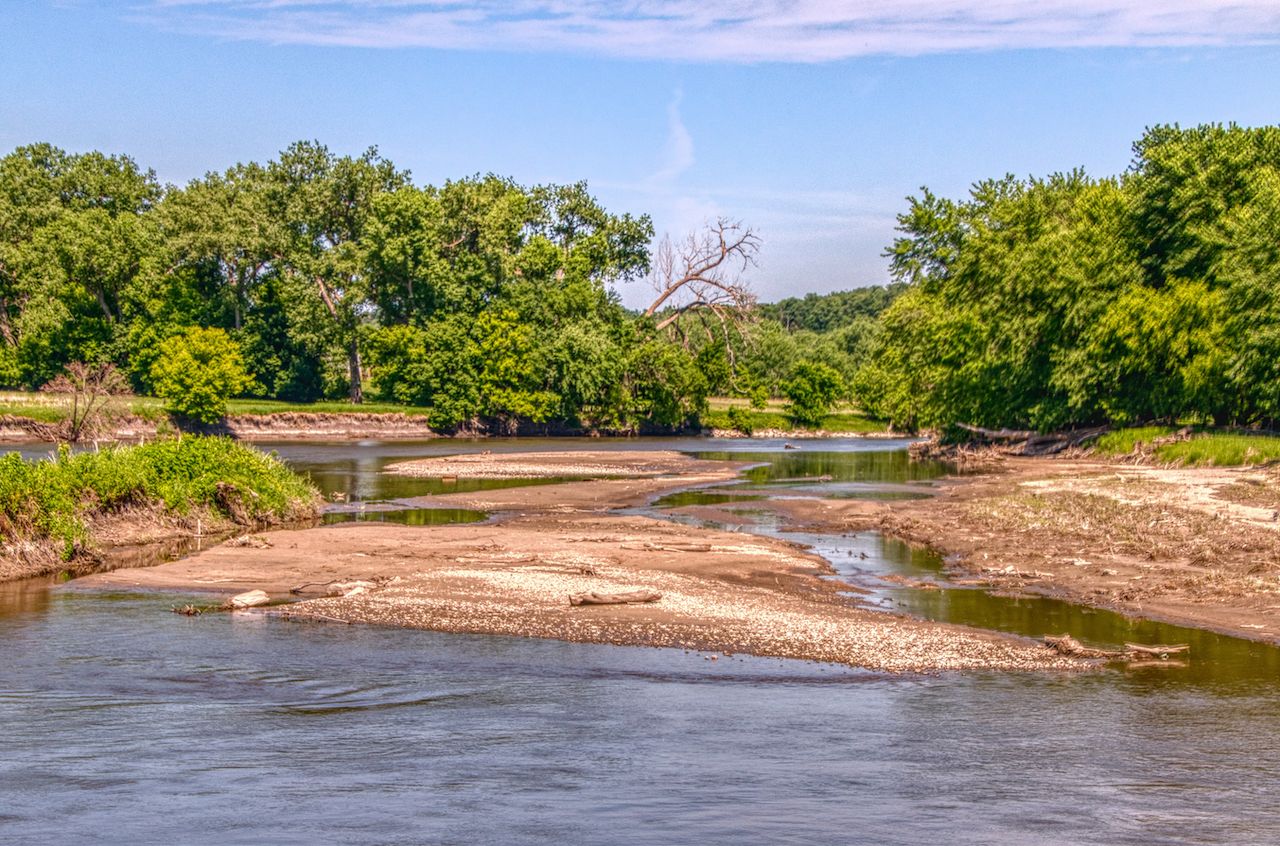 Brace yourself for the coolest, kitchiest, weirdest, oldest roadside stop on the face of the planet — literally. Minnesota lays claim to the world’s oldest rock at 3.8 billion years old. The designated stop is just a rocky outcropping near Yellow Medicine County Museum, and you can walk right up to it and touch it. It’s free. Go on. Try it. Try to wrap both your fingers and your mind around it.

And while you probably shouldn’t camp right here, know that 10 miles down the Minnesota River is Upper Sioux Agency State Park. You’re still on the oldest bits of the North American craton, the core of the continent, even if there isn’t a sign telling you so. Yellow Medicine River Campground is right on the banks of the eponymous river, and here you can fish for walleye and catfish, spot pelicans and herons, or hike through the forests and bluffs, setting fresh footsteps on truly ancient land.

CampingHow To Pitch a Tent Like a Pro on Your First Camping Trip
Tagged
Backpacking Camping National Parks Insider Guides United States
What did you think of this story?
Meh
Good
Awesome