It might be as cute as one, but it’s not a holiday ornament that’s been found in the famous Rockefeller Center Christmas tree, but a very real tiny owl. The bird was discovered Monday in the branches of the huge Norway spruce set up at Rockefeller Center in New York City. The owl was dehydrated and hungry when found, but otherwise healthy, and was taken to the Ravensbeard Wildlife Center in Saugerties, NY. 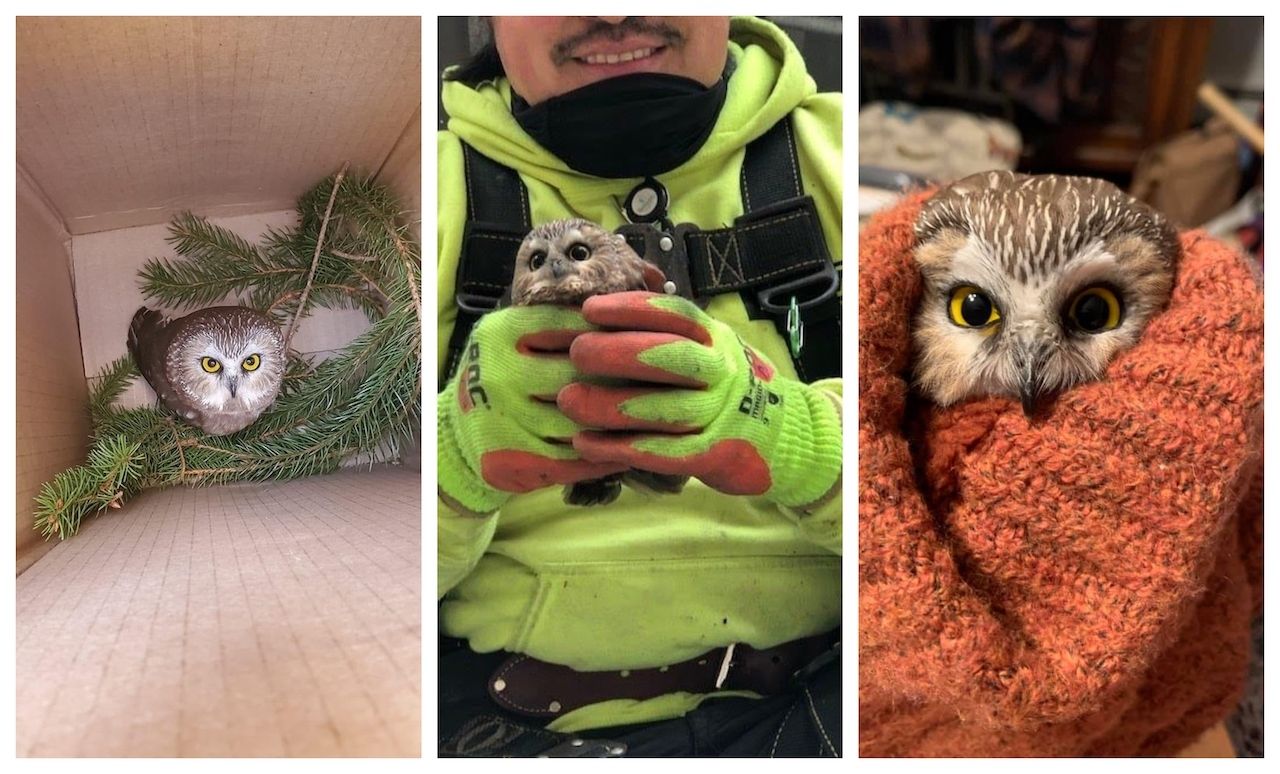 Now named Rockefeller, the owl is an adult male saw-whet owl, one of the smallest owl species. After resting and eating at the wildlife center this week, the plan is to release Rockefeller into the wild this weekend.

This year’s tree has suffered some controversy already, as its bare lower branches and dropping needles projected a less-than-merry aesthetic. Although many have complained about the sorry-looking appearance of the tree, Rockefeller Center tweeted in response, “Wow, you all must look great right after a two-day drive, huh? Just wait until I get my lights on! See you on December 2!”

Wow, you all must look great right after a two-day drive, huh? Just wait until I get my lights on! See you on December 2! 😉

The 75-foot Norway evergreen was brought to Manhattan on Saturday from Oneonta, and won’t be lit until early December. According to EB Kelly, managing director at the real estate firm that owns Rockefeller Center, the tree’s appearance is natural given the long journey, suggesting it’ll look much more beautiful once it’s decorated in full.

Holidays9 of the most beautiful Christmas trees from around the world
Tagged
News
What did you think of this story?
Meh
Good
Awesome