It’s no secret that as the number of people forced to shelter in place due to COVID-19 went up, so did the interest in making bread. So much so that there are reports of temporary flour and yeast shortages in the United States. But a newfound desire to make bread isn’t limited to the US. According to data from Pinterest, the number of searches for different types of bread recipes have shot up around the world. 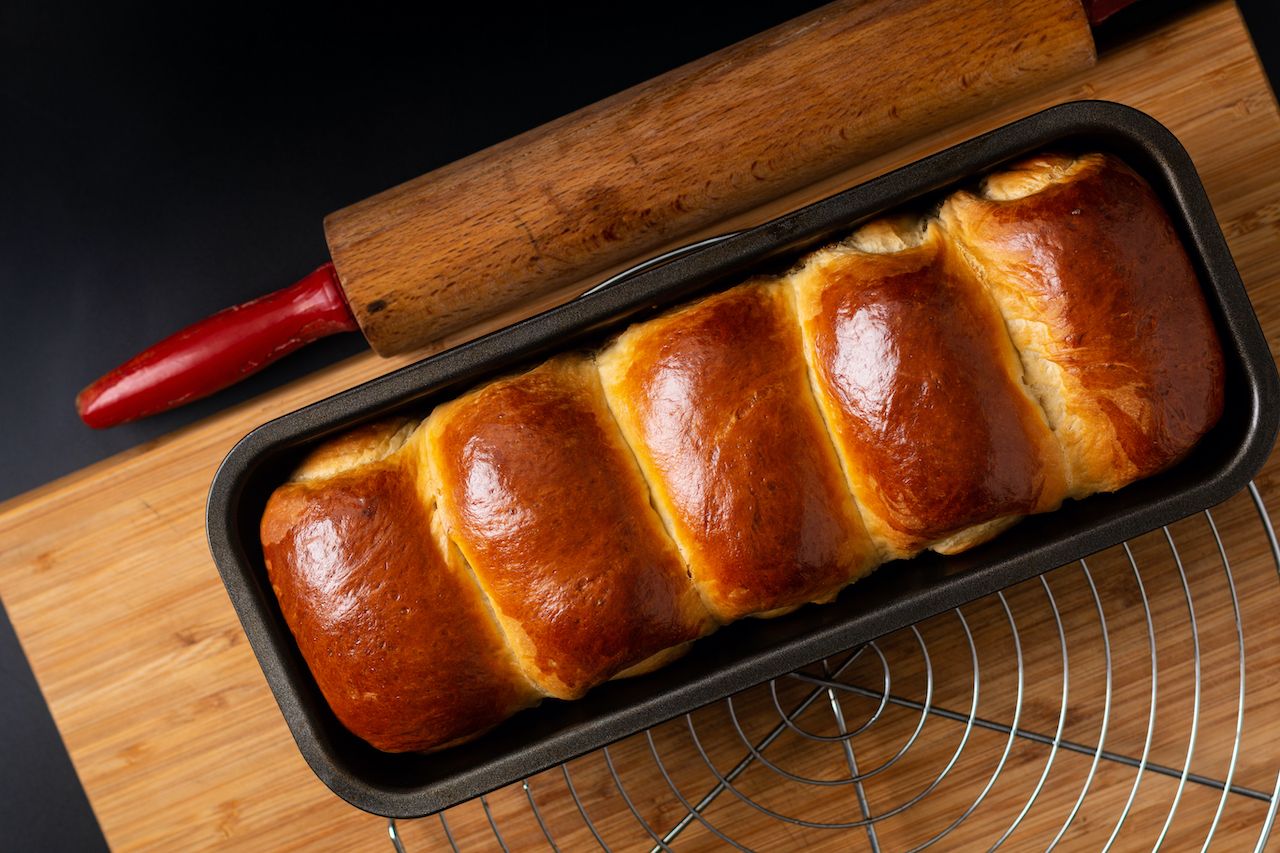 In Argentina, Pinterest searches for “salty croissants” went up 1,532 percent in March compared to February. During the same time period, “damper bread” (a type of thick soda bread) increased by 263 percent in Australia and “Navajo bread” (also called “fry bread”) saw 350 times more search volume in the US. Even the bread-loving country of France is finding new ways to indulge in bread: Pinterest searches for “Japanese brioche” increased by 1,081 percent in the land of baguettes. 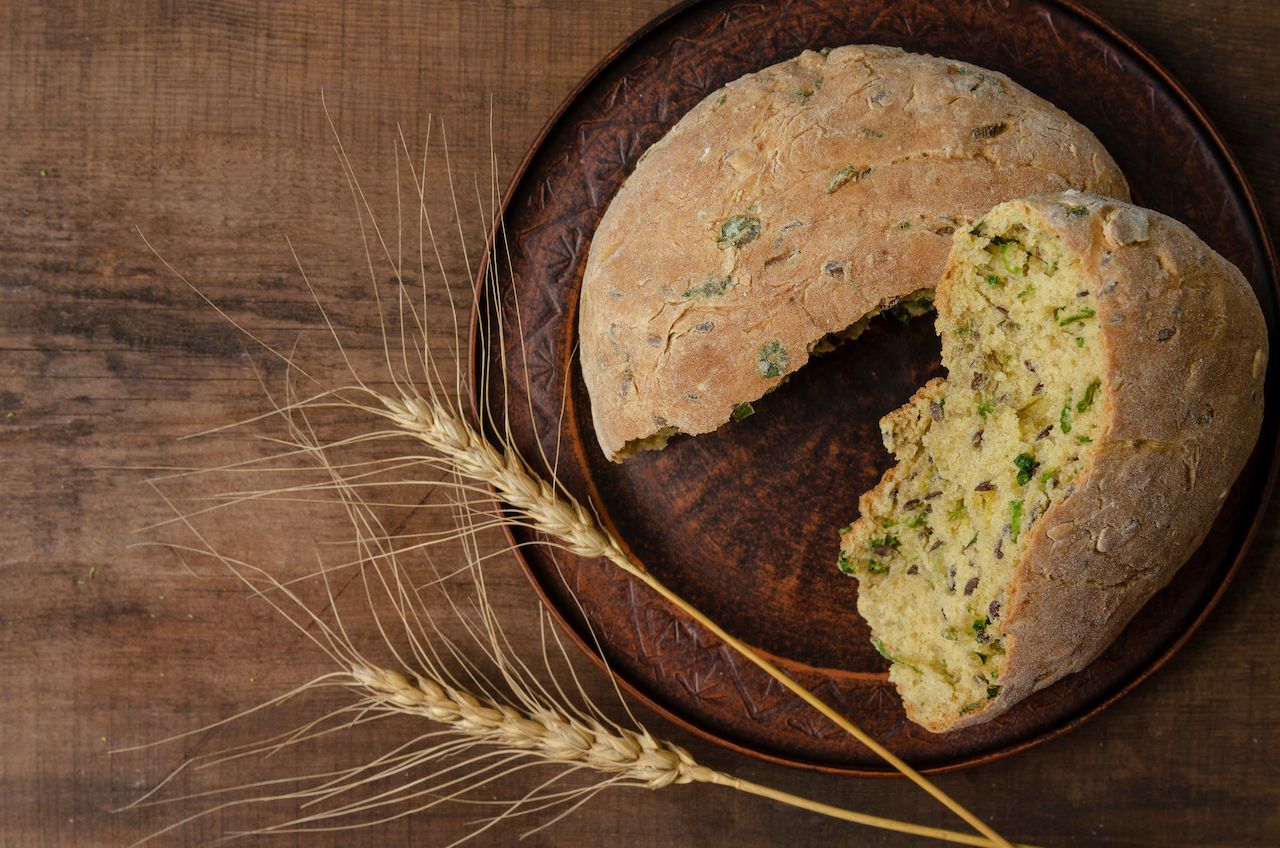 Pinterest pulled out a couple of other breads that are surging in popularity around the world along with the massive spikes in the above. There’s stick bread and wild garlic bread in Germany, banana bread in Turkey, and Apulian breadsticks in Italy. People in India are searching for puran poli (sweet stuffed flatbread), while those in New Zealand are on the hunt for easy scone recipes and South Africans are searching for no-yeast naan. 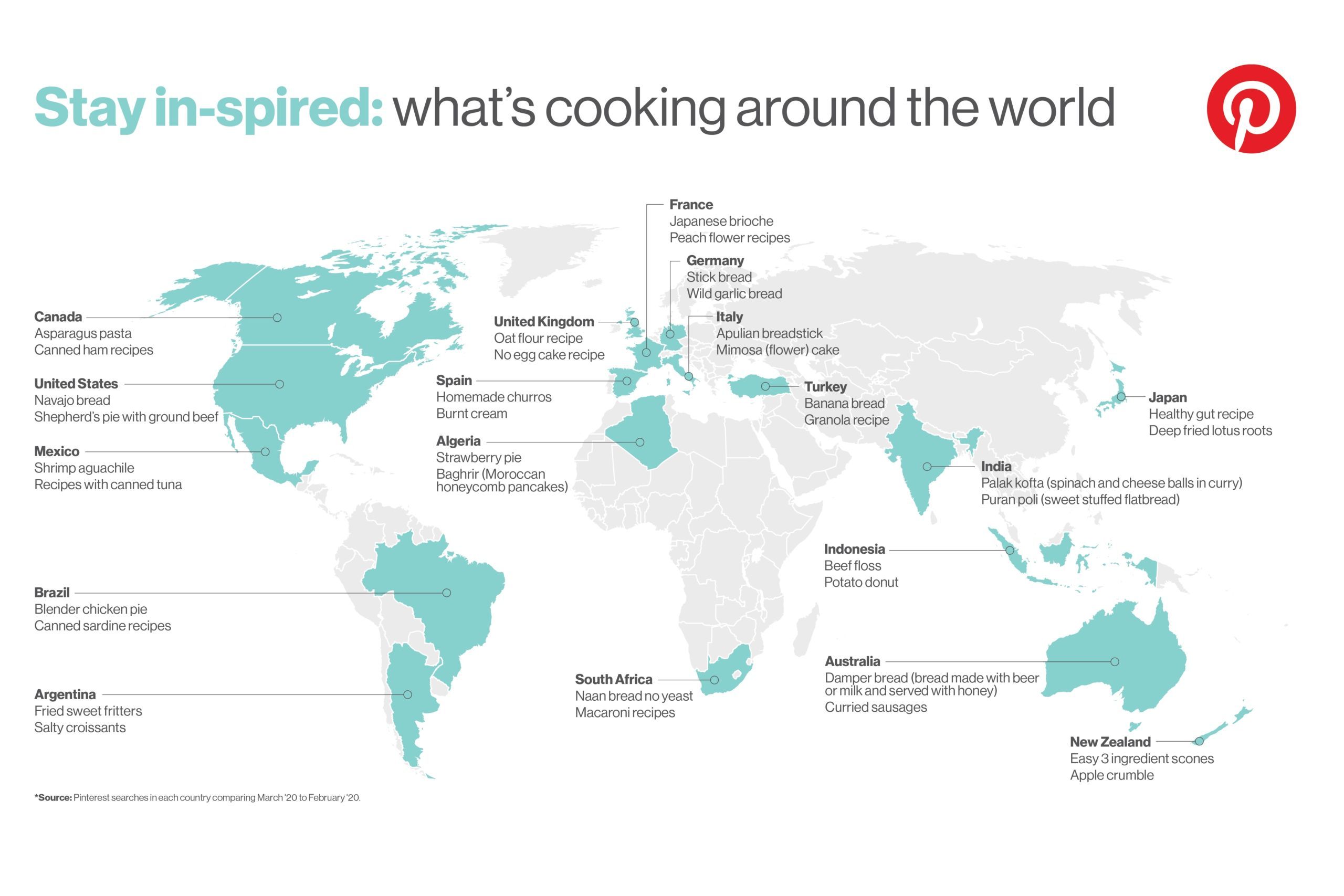 It’s only natural that people turn to bread when they find time on their hands. Many cultures around the world have some sort of regional bread style, like naan in India, khobz in Morocco, and injera in Ethiopia, to name a few. There are fancy breads, like the decoratively stamped flatbreads in China, and affordable and filling breads like Ireland’s soda bread. Then, of course, there’s the beloved sourdough that’s made into various breads wherever there’s an activated starter and some natural yeast (so, basically, everywhere, as the world’s sourdough library shows).

Pinterest’s search data proves one thing above all: It’s a bready world out there, and you’re not likely to run out of inspiration for new styles anytime soon.

Food + DrinkNow’s the Time To Get Really Good at Baking Bread
Tagged
Food + Drink News
What did you think of this story?
Meh
Good
Awesome