On Saturday, Jasmine Harrison, a 21-year-old from the UK, became the youngest woman to row the Atlantic Ocean solo. Competing in the 2020 Talisker Whisky Atlantic Challenge, the 3,000-mile trip took her from Spain to Antigua. Harrison departed from La Gomera, one of Spain’s Canary Islands, in late 2020 and arrived in Antigua 70 days, three hours, and 48 minutes later, breaking the world record in her boat named “Argo.”

21-year-old Jasmine Harrison from Thirsk has become the youngest female to row across an ocean after completing the @TaliskerWhisky Atlantic Challenge.https://t.co/Q1sSs1zqqj pic.twitter.com/PZpmwIwhcB

However, the feat was not without obstacles. Harrison injured her elbow badly when the boat capsized during the night after it hurdled into a massive wave at 19.2 knots. The young rower also almost collided with the Stena Forth drilling ship in the early hours of January 18. Challenges aside, Harrison made history and even had the opportunity to spot marine life such as Risso’s dolphins and an ocean triggerfish during the record-breaking journey. 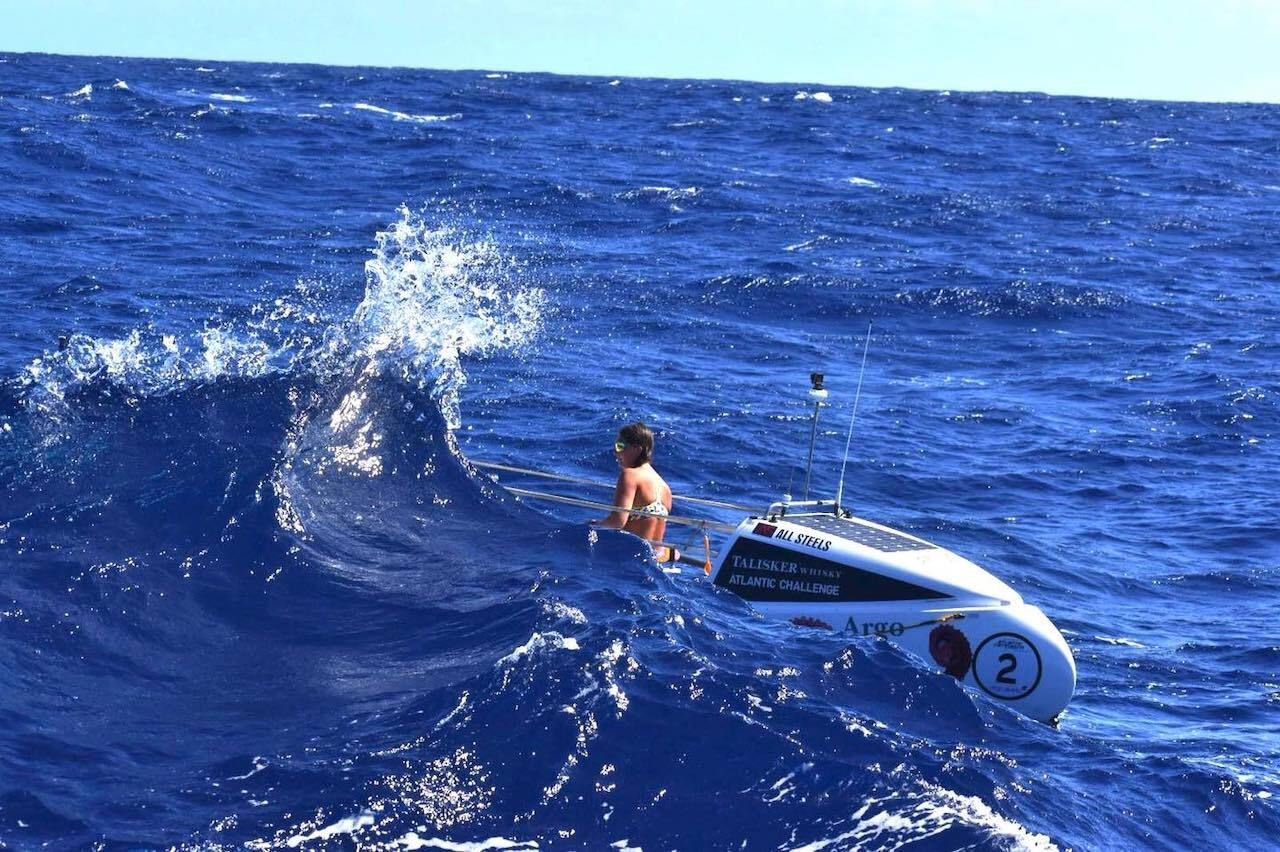 Harrison is originally from the town of Thirsk in Yorkshire, England, which is completely landlocked. She was inspired to take on the adventure while she was teaching swimming in the Caribbean after witnessing the finishing line of the Atlantic Challenge in 2018.

“It wasn’t just watching and holding the flares at Nelson’s Dockyard for a race finish that inspired me, it was also talking to a family member of a lad that had just completed who told me just how much of an amazing thing it was. I didn’t say ‘not a chance I would do that,’ it was more a fact of why not do it?” she wrote on her website.

Harrison hopes that her accomplishment will serve as an inspiration to young people. “I just want to inspire people to change your mindset to what you can do, not what you can’t. The life you were born into doesn’t actually have to be your life. It might be great if you love it but you can be different,” she said at the Antigua harbor. “You don’t have to follow exactly what your parents did. We’re all different people, find your own thing to do.”

According to Jasmine Harrison’s GoFundMe page, she is fundraising for the ShelterBox and Blue Marine Foundation. To date, she has raised 17,665 British pounds ($24,773), surpassing her initial goal of 10,000.

NewsThis Woman Drove Cross-Country Visiting a Sawmill in Each State and Created a Map of Local Wood
Tagged
News
What did you think of this story?
Meh
Good
Awesome