CHIAPAS IS ONE of Mexico’s most rewarding treasures. The southernmost state bordering Guatemala, it’s home to a rich diversity of fiercely independent indigenous cultures, bustling colonial cities, ancient Mayan ruins, and a mix of wilderness ranging from chilly high-altitude pine forests to hot lowland rainforests. It’s a compact little state, but there’s a lot to see and travel can be slow on the winding bumpy mountain roads. With only two weeks to get out and see the country we left feeling like we barely scratched the surface. But with places like the Cañón del Sumidero, Palenque, Agua Azul, and San Cristóbal de las Casas, even a quick surface scratch can leave an indelible impression. 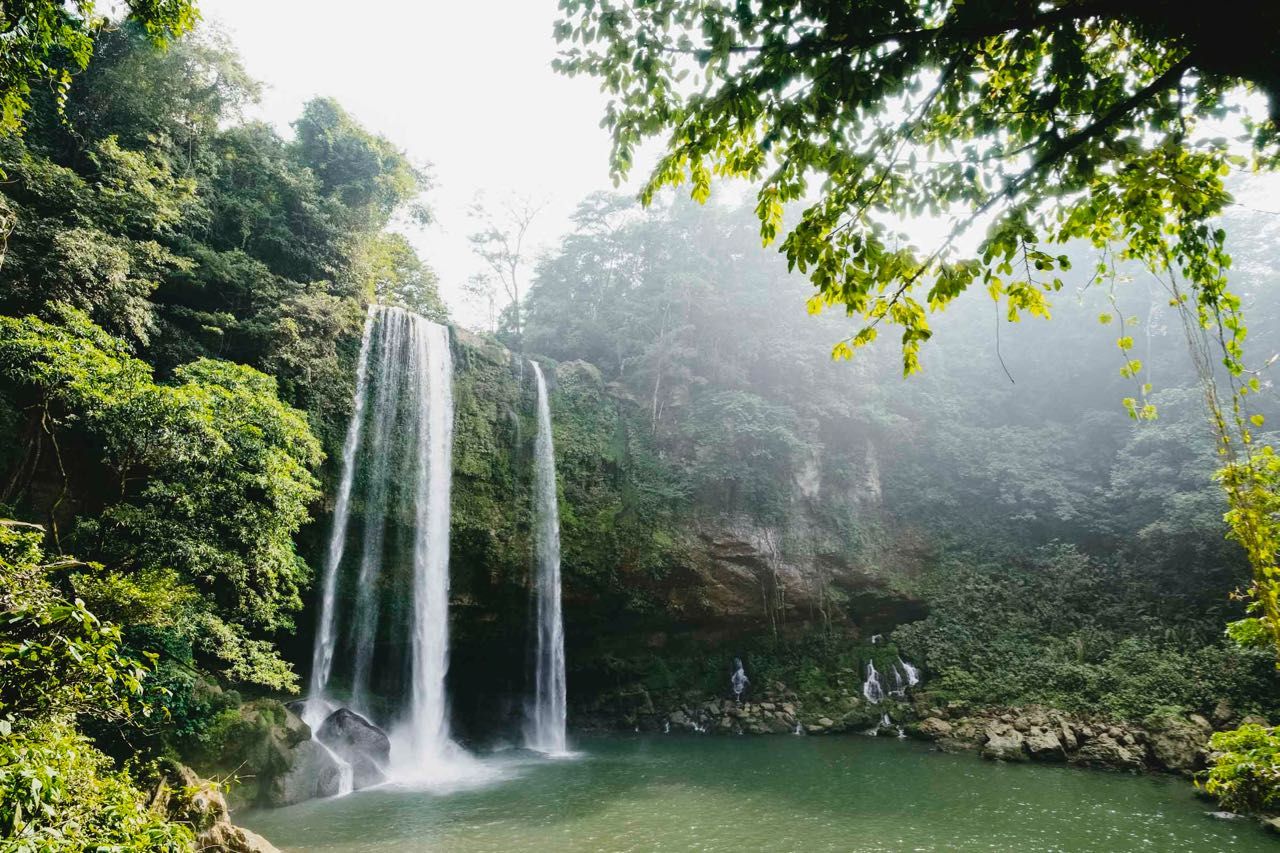 All photos by the authors.

Catching a red-eye to Tuxtla Gutiérrez, we escaped the biting winter weather of Vancouver and stepped off the plane into a wall of tropical heat. November and December are firmly Autumn in Chiapas and nowhere near as hot or humid as the warmer spring months, but with temperatures in the low 30s (~90°F), it was about as hot an any summer in Canada, and came as quite a nice shock after almost two months of cold grey Vancouver rain. 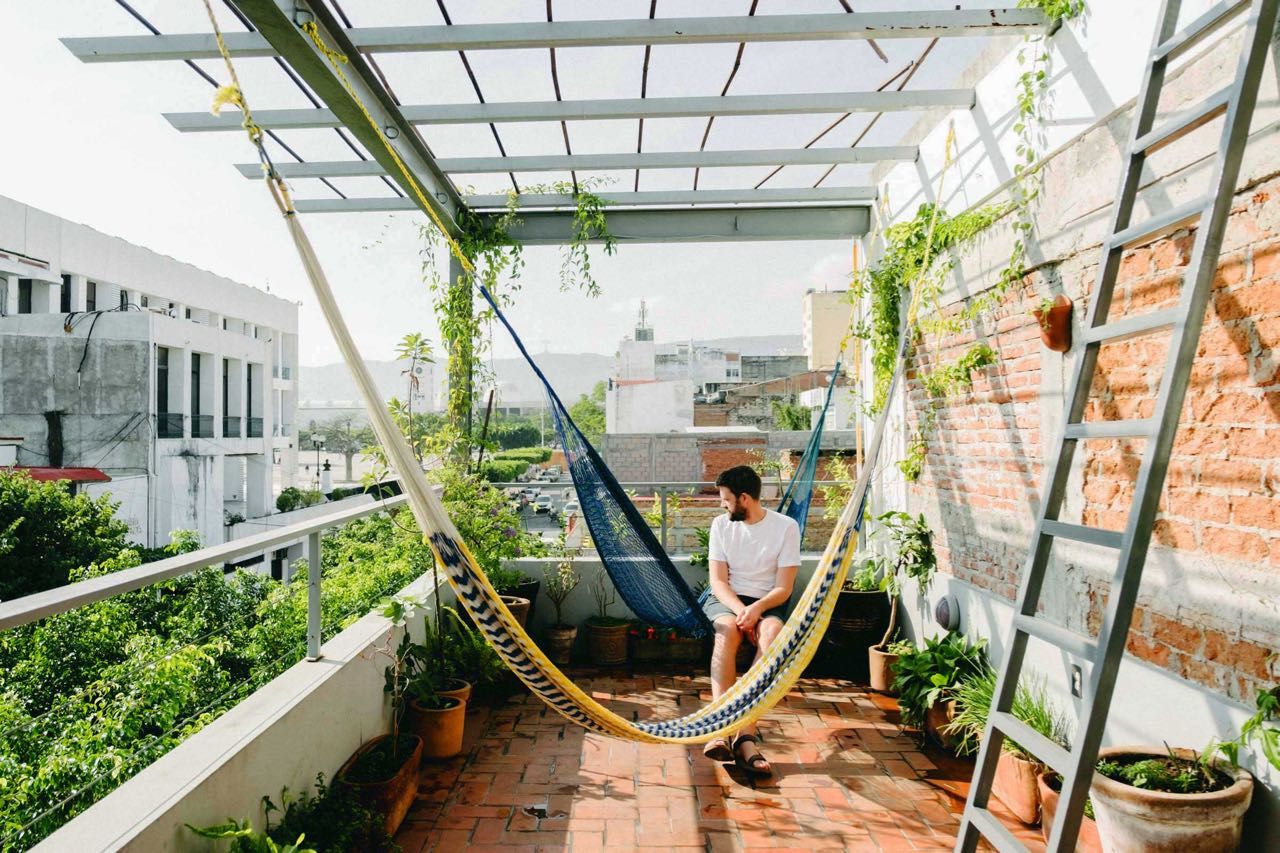 Tuxtla is a relatively young city in both its demographics and construction. Most of the stately older colonial buildings having been replaced by concrete and cinder block, so it generally isn’t much of a draw for travelers. But it’s bustling and busy, and as the capital and most-developed city in Chiapas and one of the fastest growing and safest cities in Mexico, it definitely has its charms. 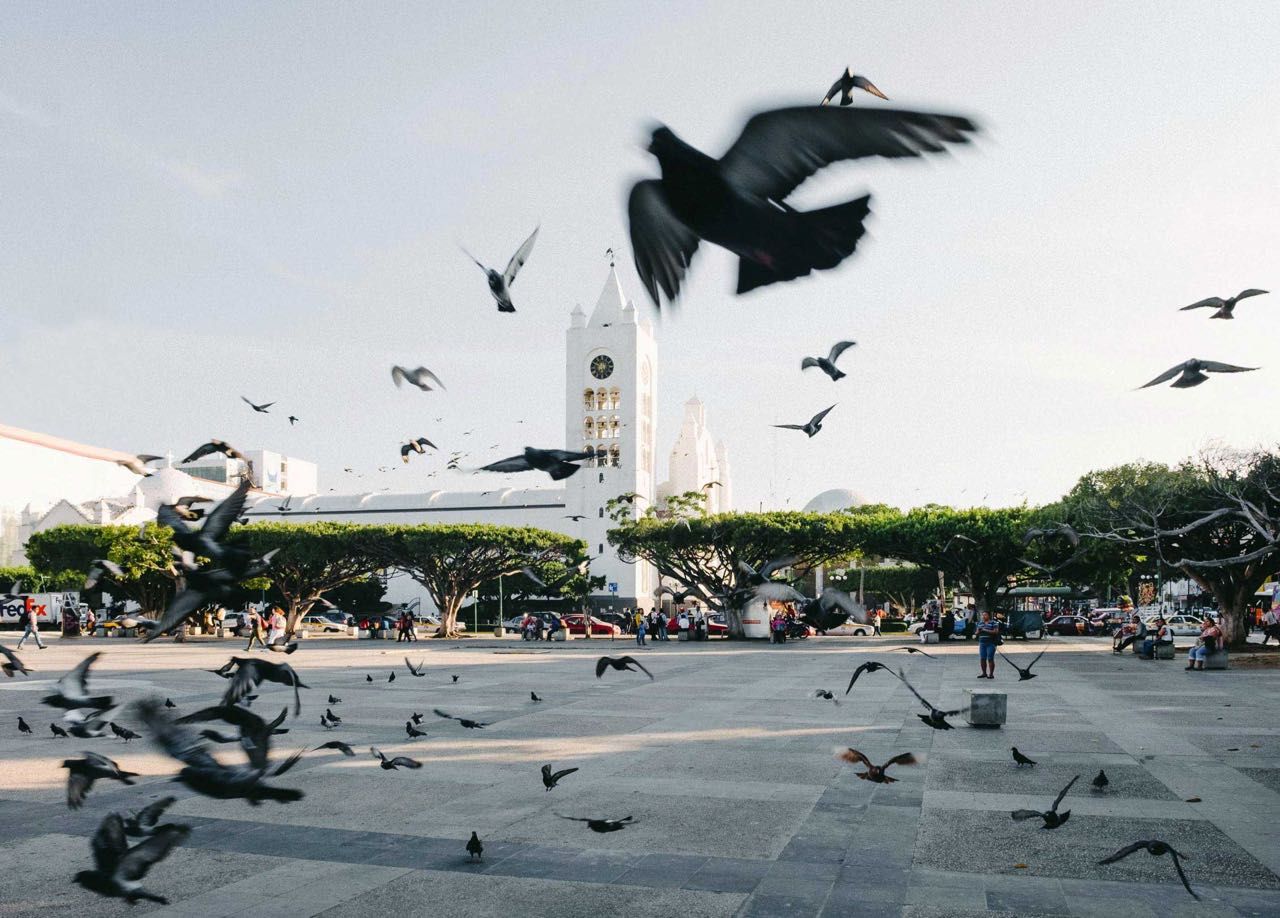 We stayed at the wonderful Hostal Tres Central, a clean and comfortable and thoroughly modern hostel a couple blocks from the main square. With a rooftop terrace that featured hammocks by day and a lively cafe by night, we’d highly recommend it. A short walk away waits the stately Catedral de San Marcos (where you can catch an engaging evening multimedia show about the history of Chiapas projected on its facade), a burgeoning street market, and the Museo del Cafe for a sample of local coffee and everything you’d like to know about the Chiapan coffee industry. We enjoyed breakfast cortadas and chilaquiles at the beautiful Cafe Urbano, tasty wood-fired pizza at Florentina and visited the Parque de la Marimba nearly every evening for marimba bands and people watching. 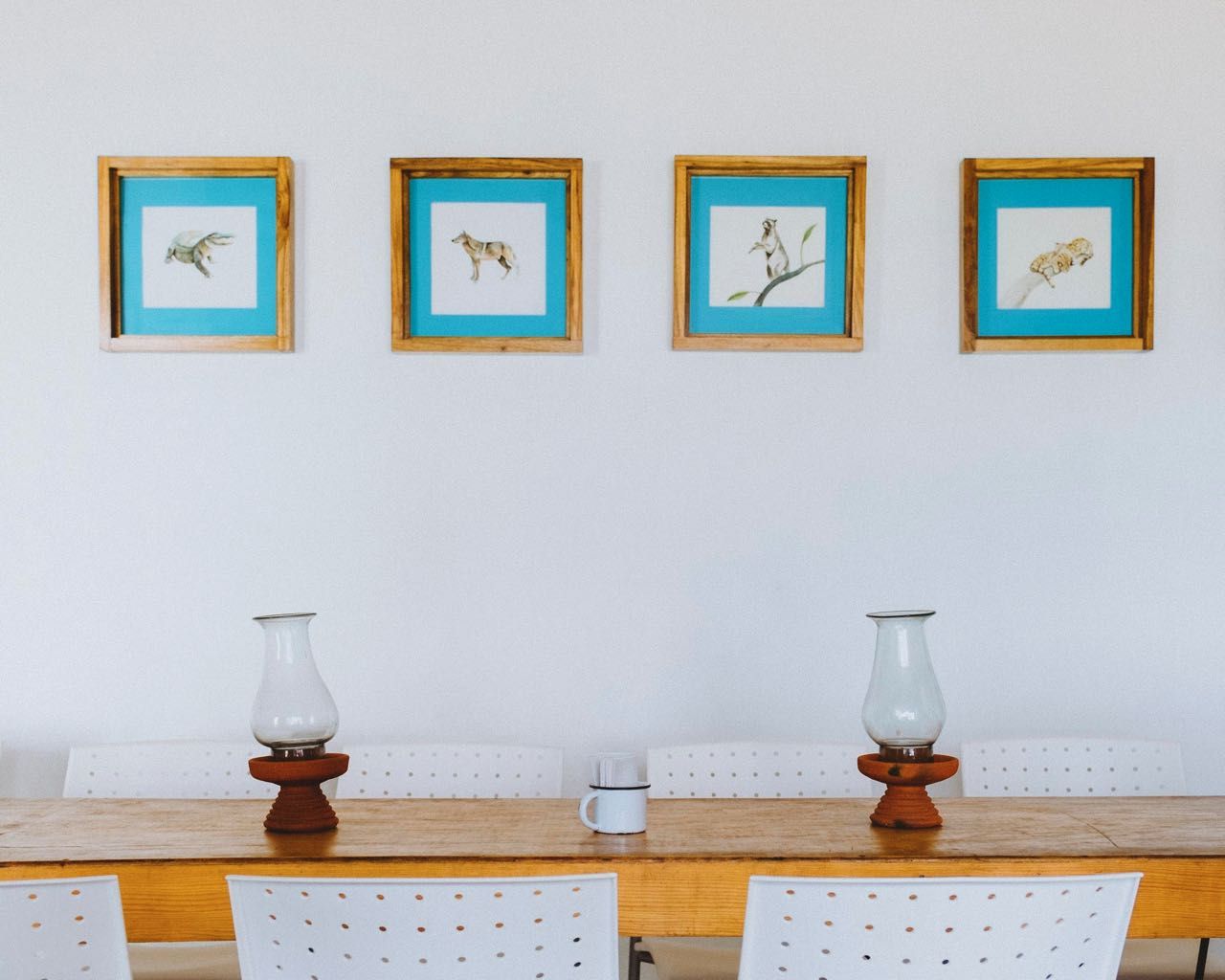 Travel Safety9 Safe and Awesome Places To Travel in Mexico

One of Chiapas’ biggest attractions is the Sumidero Canyon. With steep walls plunging 1000m, crocodiles, cacti and jungle and dazzling meandering turns, this magnificent canyon draws upwards of 300,000 people a year, 80% of which are from within Mexico. There are several viewpoints from above the canyon walls, but the most popular way to visit is by boat departing from the historic colonial town of Chiapa de Corzo. Boats leave as they fill up, but the wait is rarely very long, and part of the ticket price goes towards conservation and clean-up efforts. 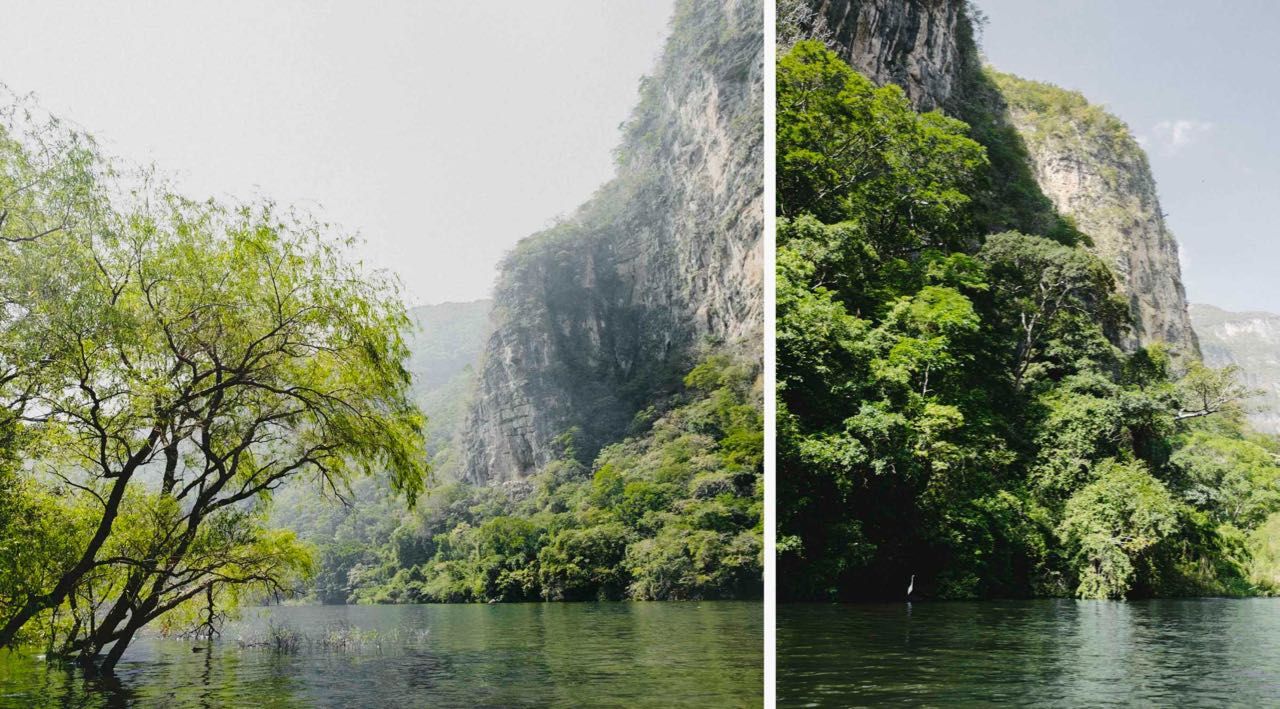 The canyon walls slowly rise around you, with little hanging cactus garden clinging to the sheer walls. White herons perch in the dark trees, and black vultures bask on white rocks. Boat operators keep a keen eye out for crocodiles, and once spotted quickly cut power and pull over for a closer look. Other attractions include little caves and shrines and the famous Christmas Tree waterfall, where percolated minerals create a series of umbrella-like formations festooned in lush greenery and circling butterflies. 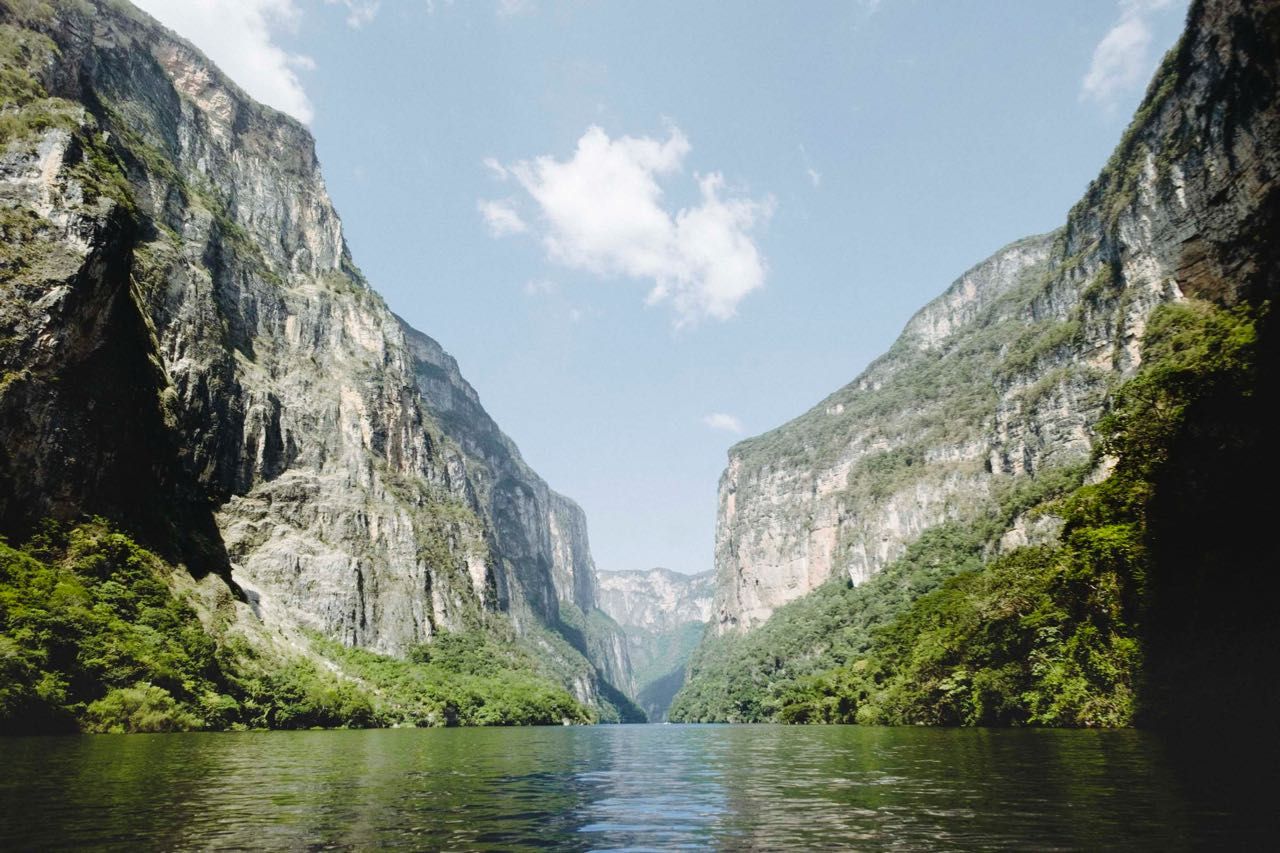 Boat rides typically last around 3 hours or so, so be prepared and pack water. Hats may fly off in the wind, so either hang on to them real tight as you zip around or wear sunscreen (or both). Afterwards, set aside a couple hours to wander around Chiapa de Corzo. It’s a fascinating little town. 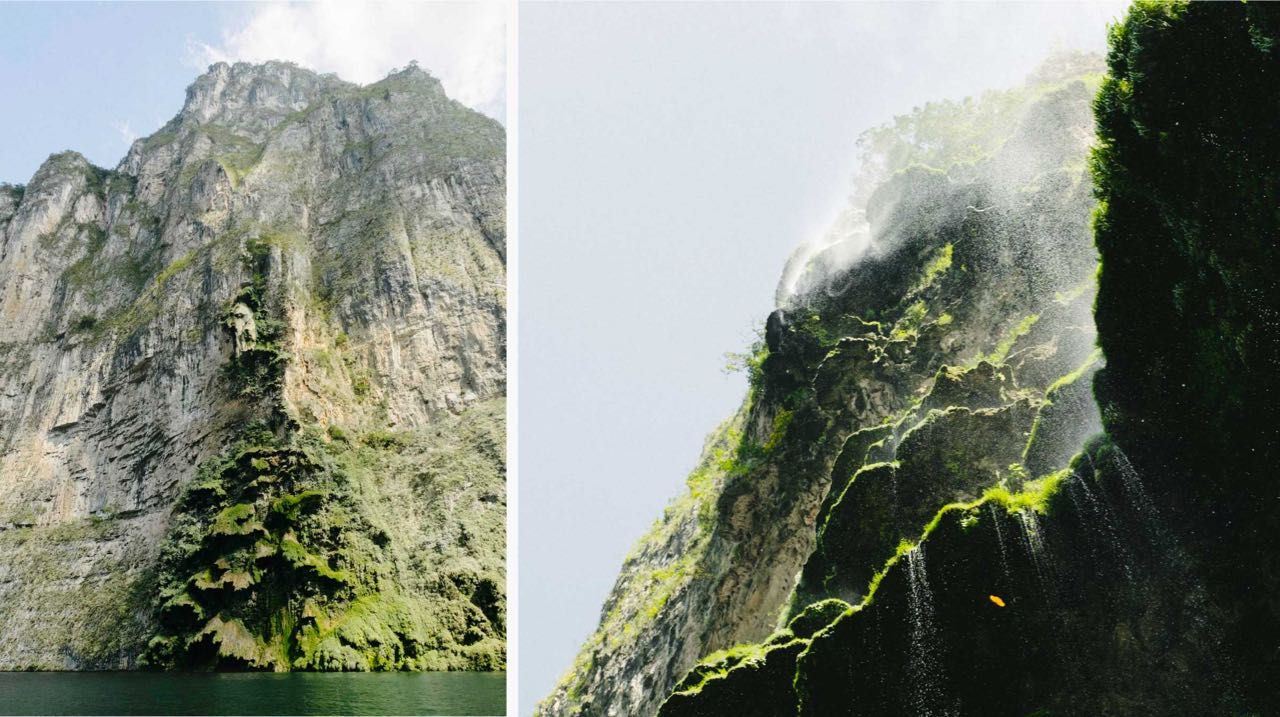 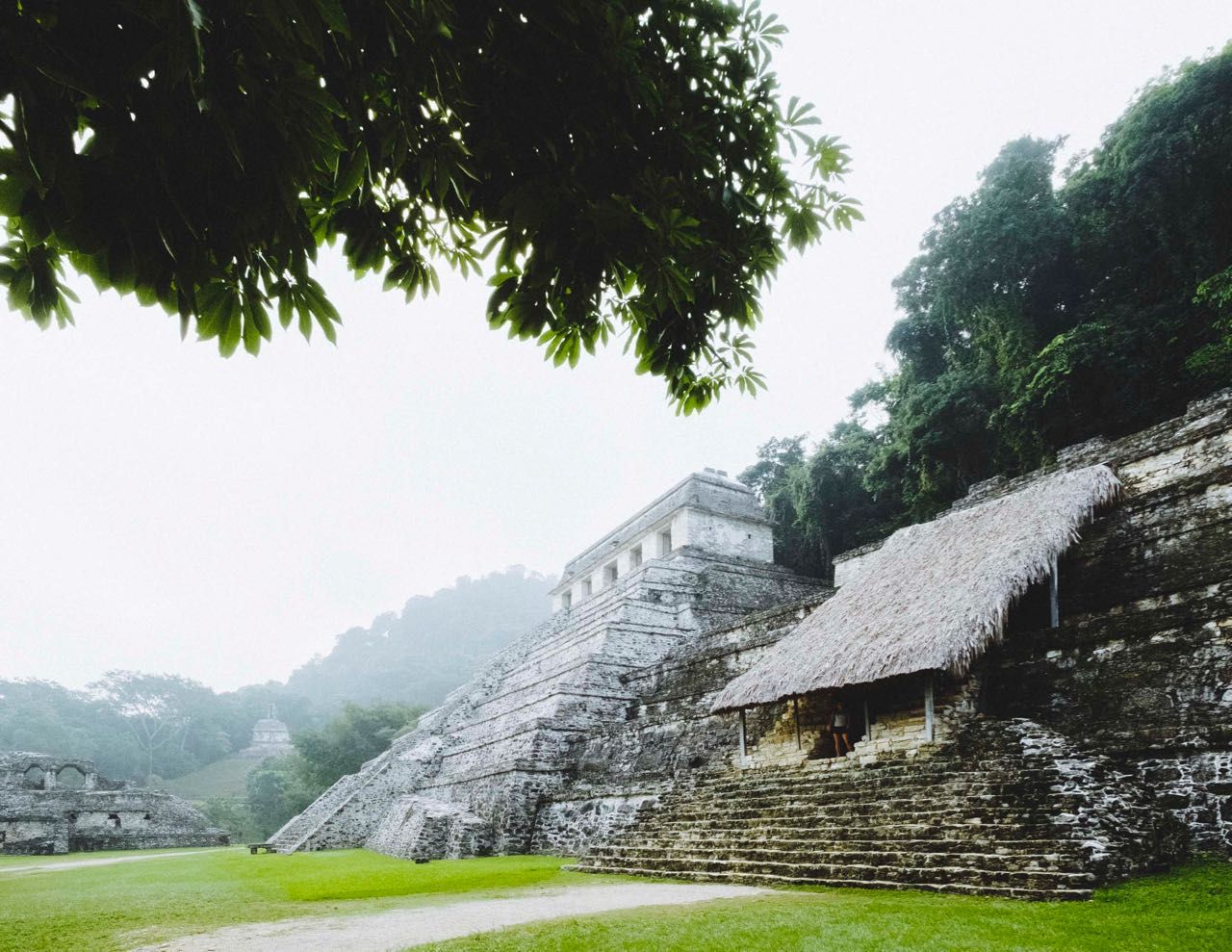 One of the ancient Mayans’ most famous sites, Palenque is a spellbinding collection of ruins surrounded by jungle. Of all the places in Chiapas that we’d heard about, it was Palenque that most exceeded our expectations. It’s hard to express just how quieting and captivating it is to wander among long-abandoned stone ruins that once hummed with a thousand pre-Columbian footfalls, a tidal wave of thick steamy jungle seemingly ready to sweep over the buildings at any moment. 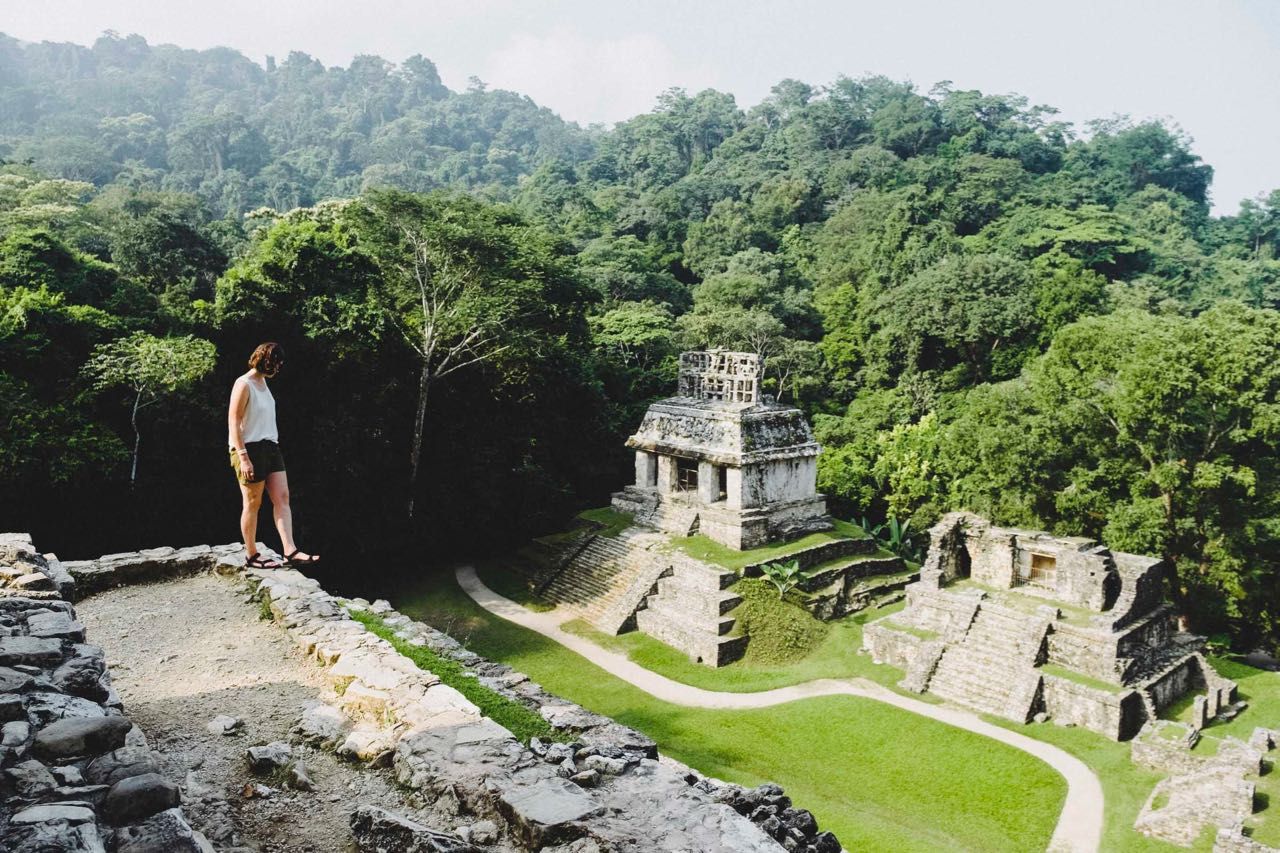 Though smaller than many other Mayan sites, Palenque has some of the culture’s finest examples of art and architecture and has been designated a UNESCO World Heritage site. The city flourished in the Classical Mayan period between 400 and 800CE before being abandoned and quickly subsiding back into the jungle, but the quality of the construction and relatively rapid abandonment meant it has been very well-preserved, with minor conservation efforts only beginning in the 1940s. As much as 90% of the ruins are still unexplored and covered in jungle. 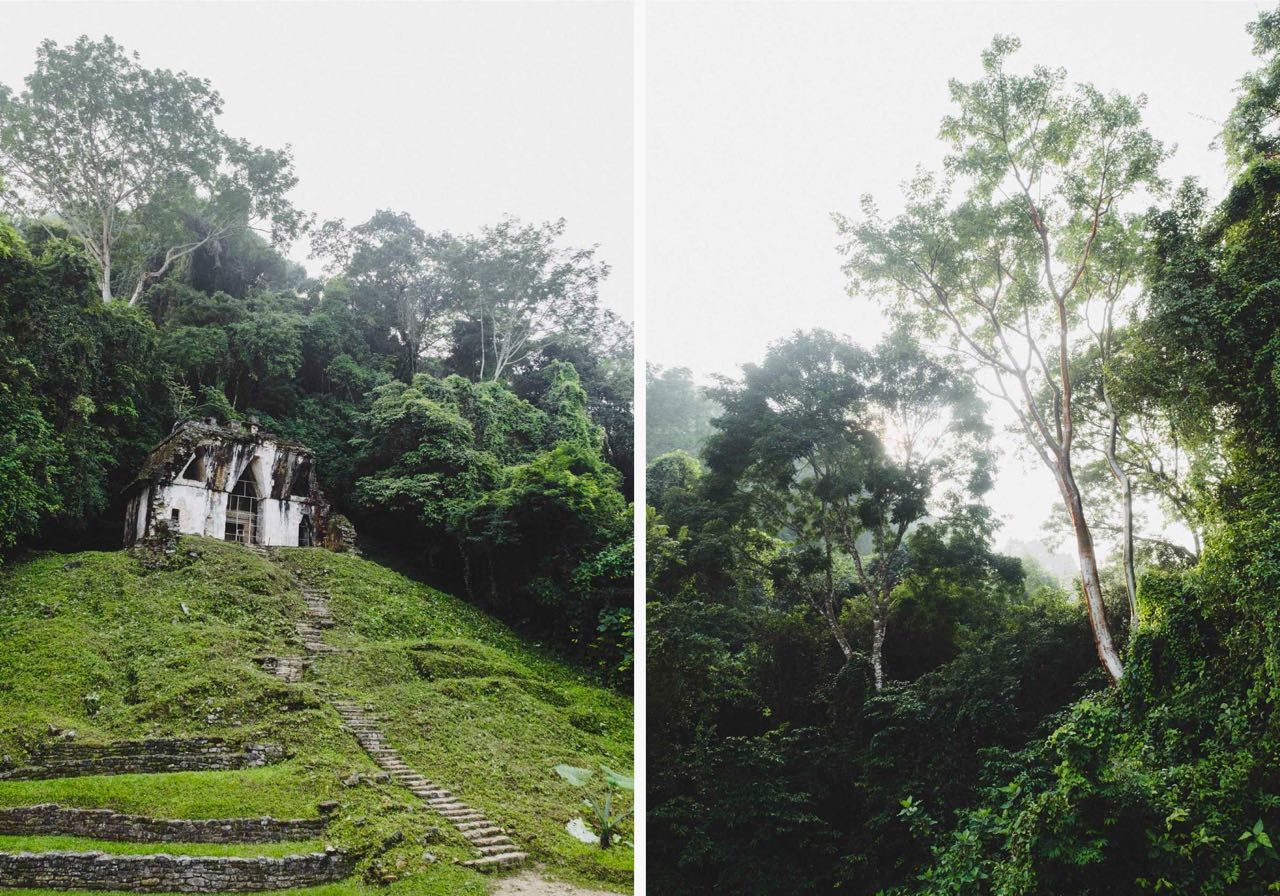 We arrived in the early morning before the sun had crested over the forest, but it was still almost impossibly hot and humid. Tucked into the eastern edge of the mighty Lacandon Jungle, the forest is a rich web of tangled cedar, mahogany, and sapodilla haunted with the hair-raising hoot of howler monkeys on the dark damp air. A must visit.

Galleries18 Reasons You Should Never Travel To Chiapas 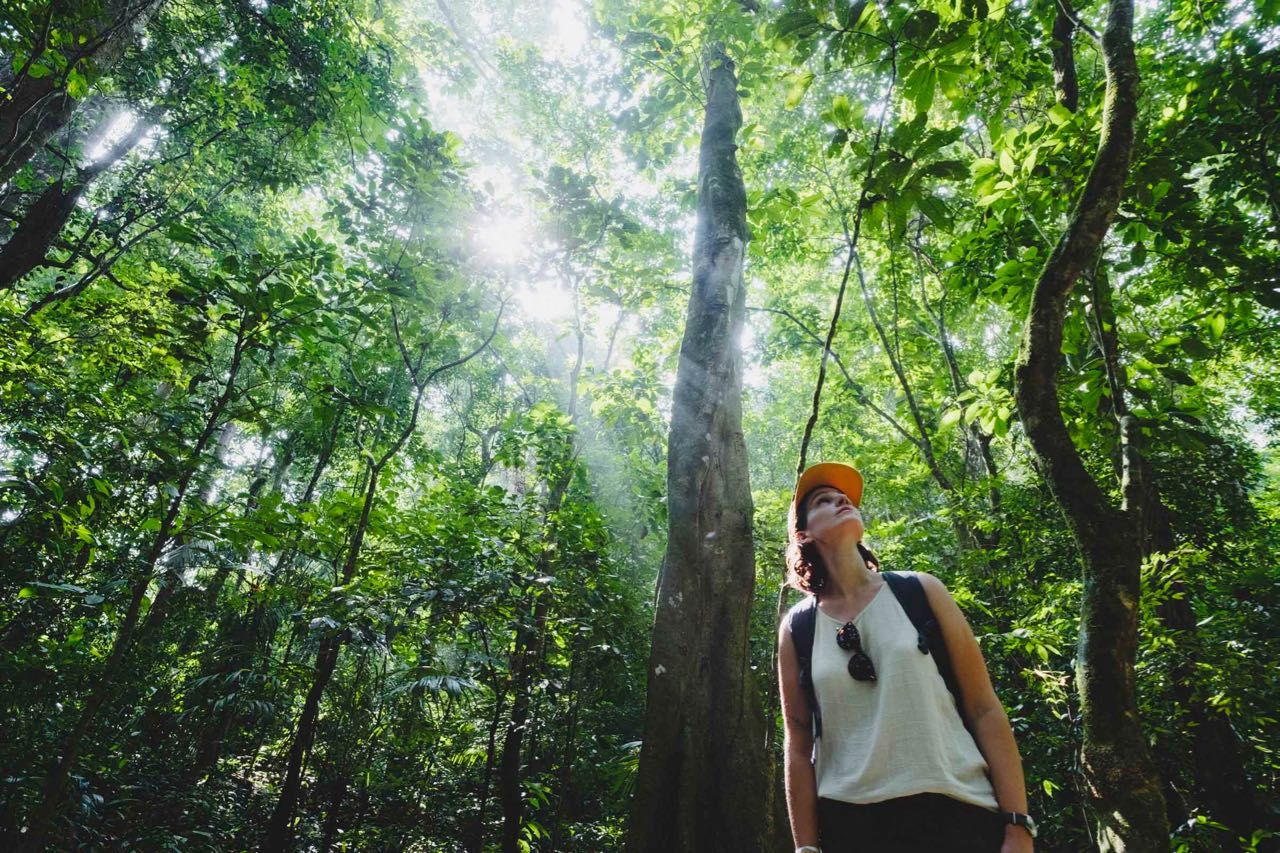 From Palenque we booked a daytrip to see a couple waterfalls. The first was Misol-Ha, a single cascade dropping some 35m (115ft) into a deep circular basin, hollowed out from behind and with a little grotto cave. It’s a popular destination for tour buses big and small, and we had the bad luck of arriving at the same time as a bunch of other people. But the crowds barely took away from the majesty of the falls, and we followed the throng of people on the path behind the falls. Pretty neat. 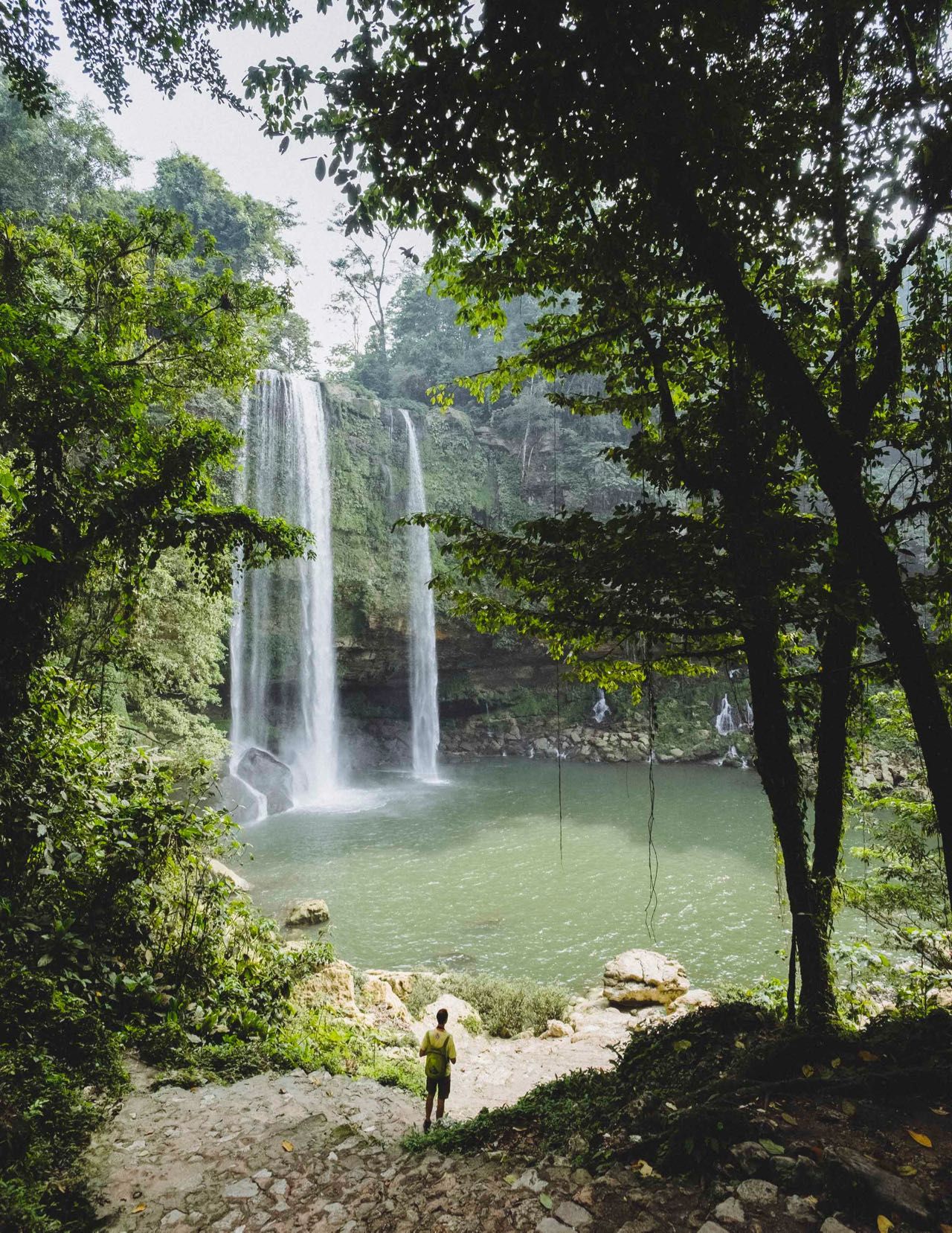 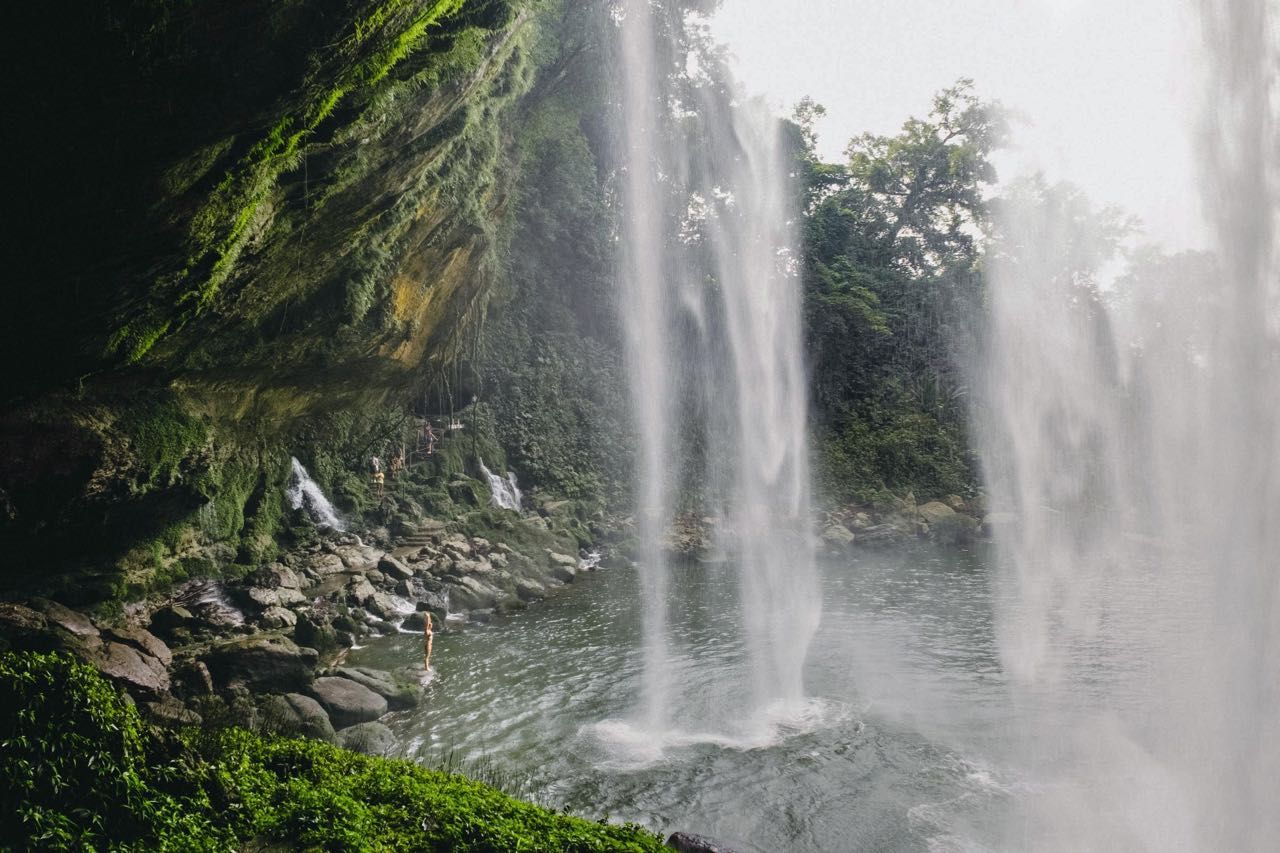 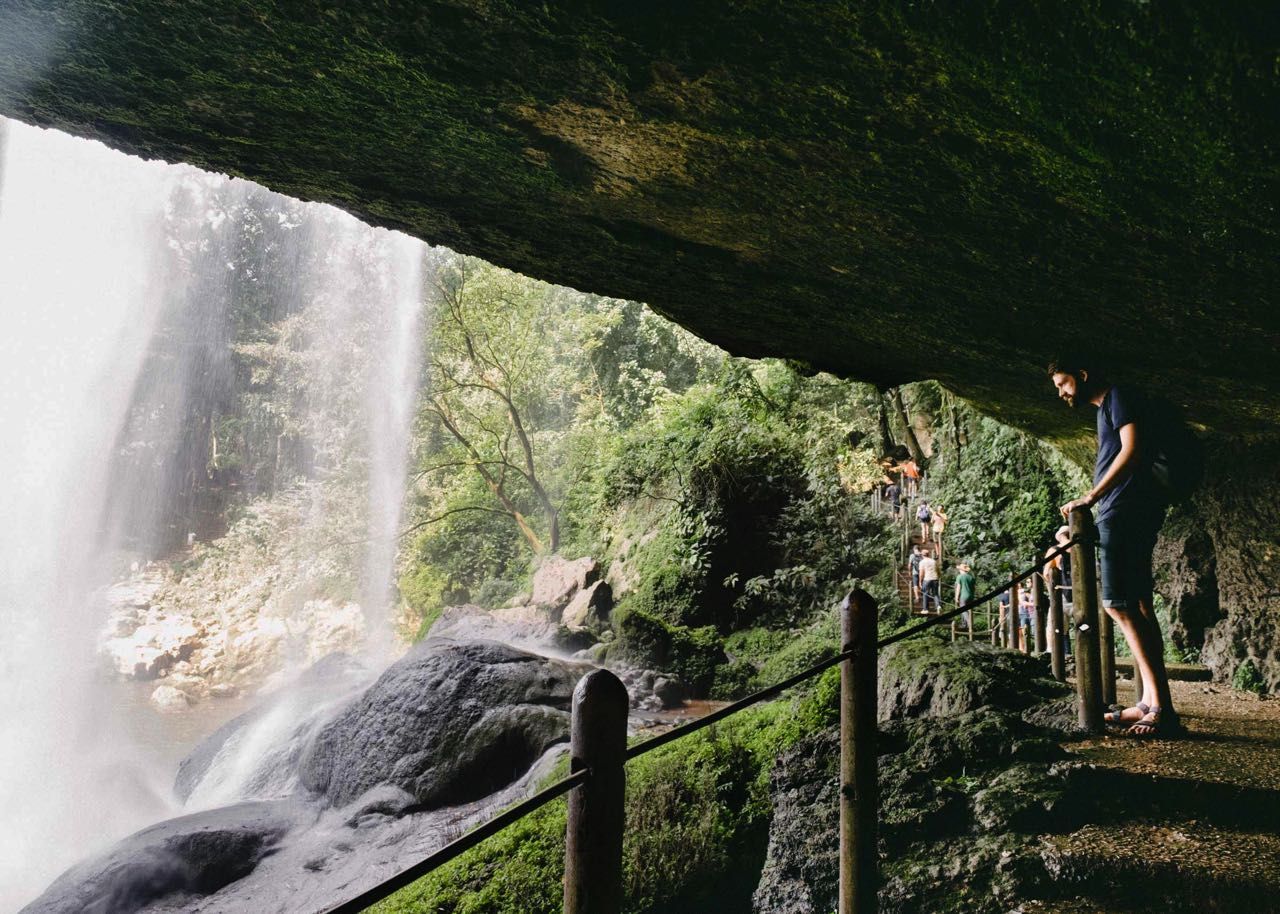 Next we pulled into the Cascadas de Agua Azul, a series of frothy white falls and bright blue pools where we went for a quick swim. The water’s impossible blue is due to a high mineral content which slowly percolates out fo the water and encases rocks and trees alike in a thick shell of limestone. Like Misol-Ha, these falls see fair amount of local and tourist traffic, and the area has been built up in the past decade with little restaurants and shops and other amenities. The falls were stunningly beautiful, but it was hard not to try imagine what it would have looked like before all the shops were quickly erected. But then again, we also didn’t pack a lunch so being able to grab a bite was pretty nice. 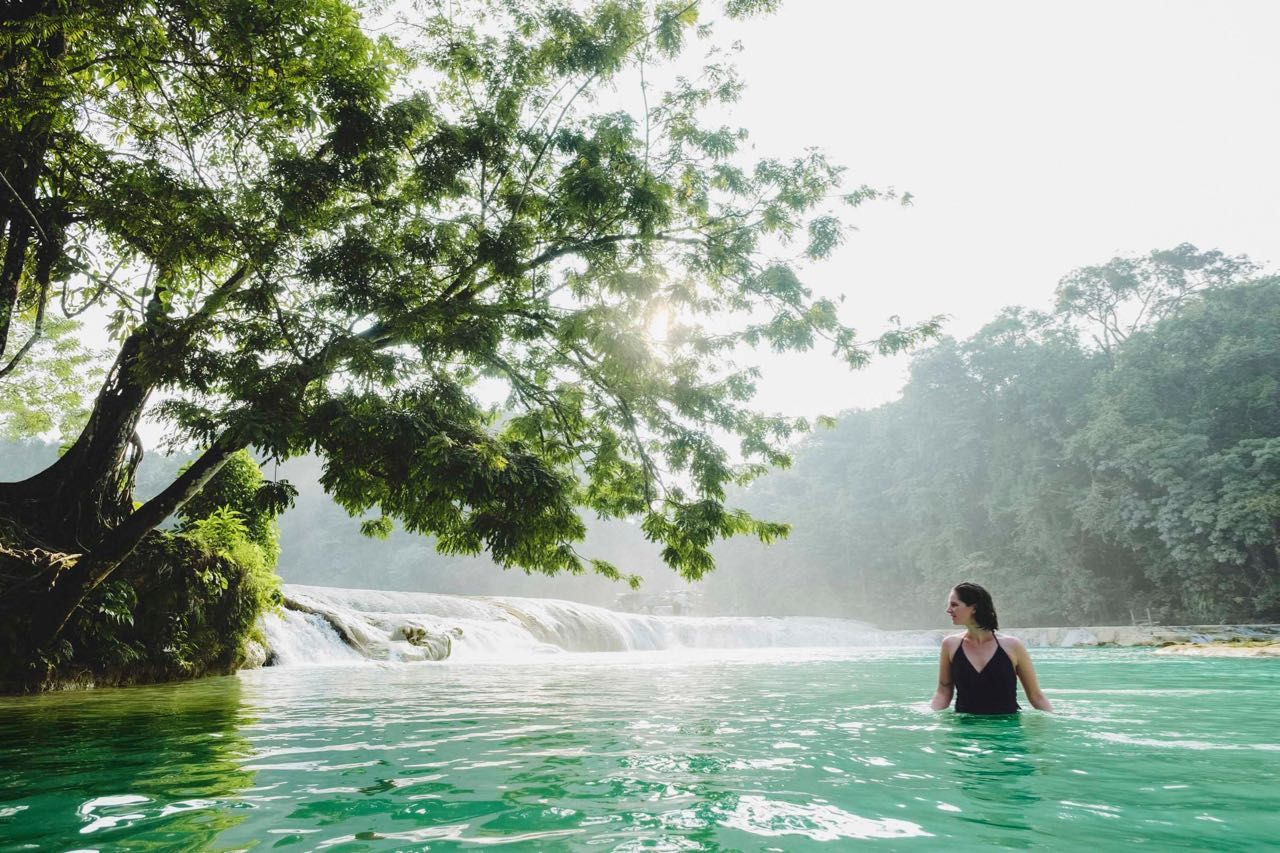 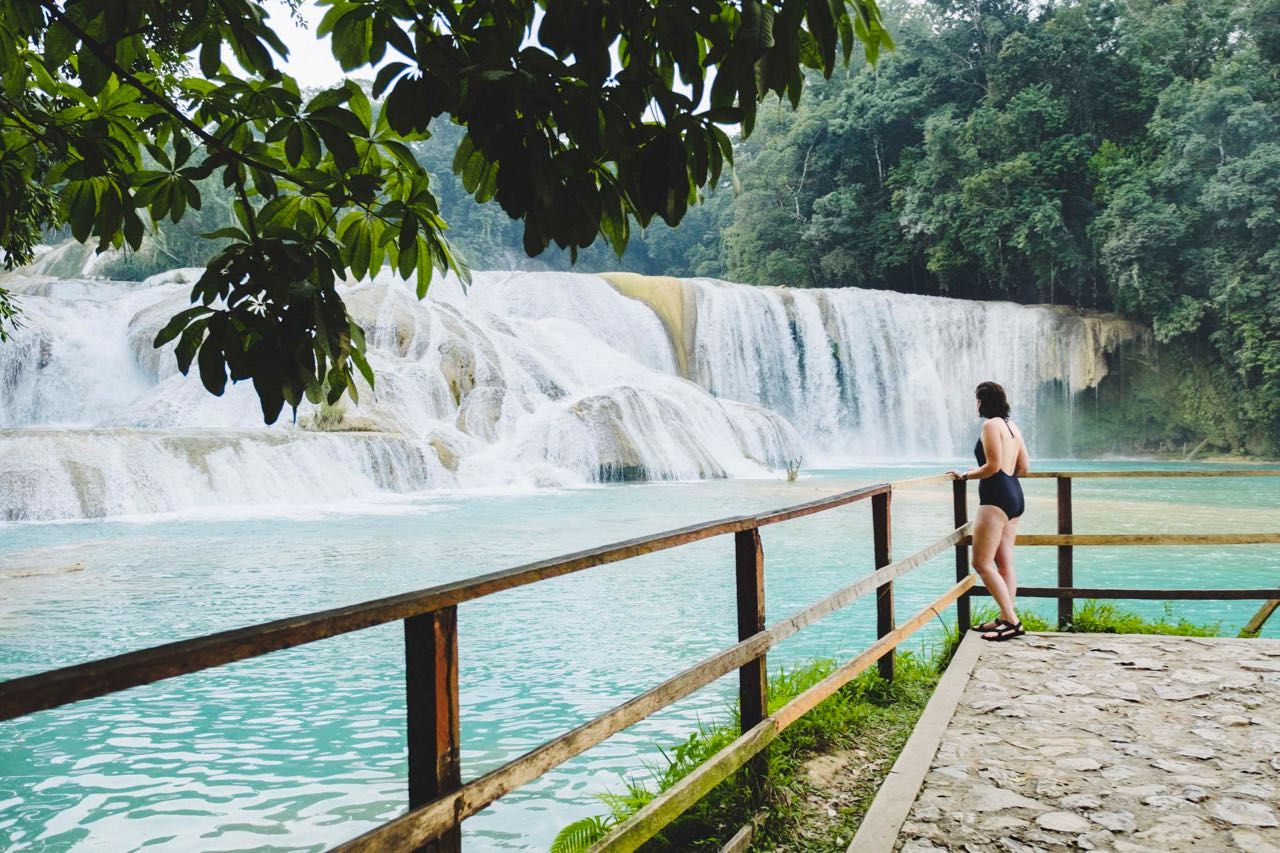 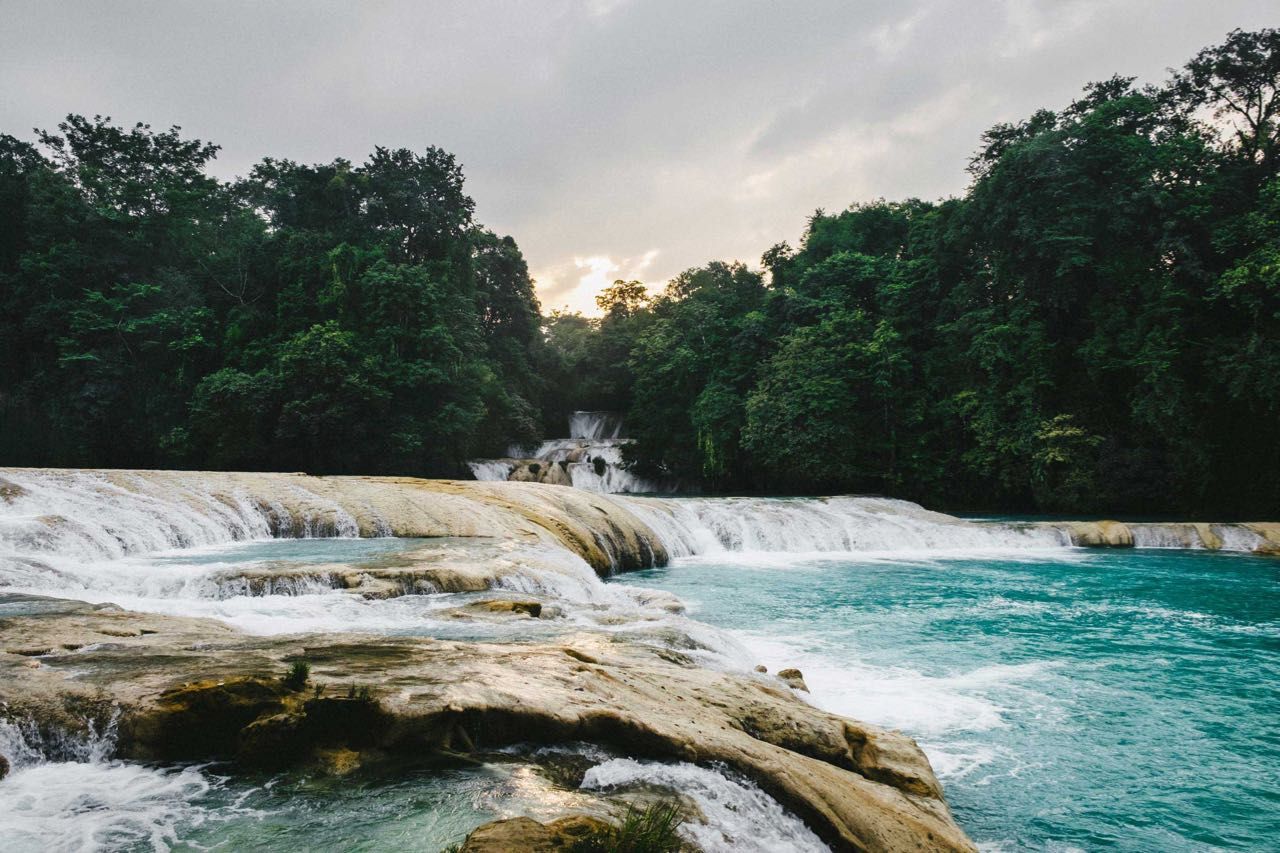 The ruins of Toniná were another fascinating experience. We arrived in the blazing heat of afternoon and it was so quiet that for a while we thought we were the only ones there. Unlike Palenque, Toniná is mostly surrounded by farmland, with big cows and healthy horses grazing in the pastures and only a few patches of jungle scattered here and there. 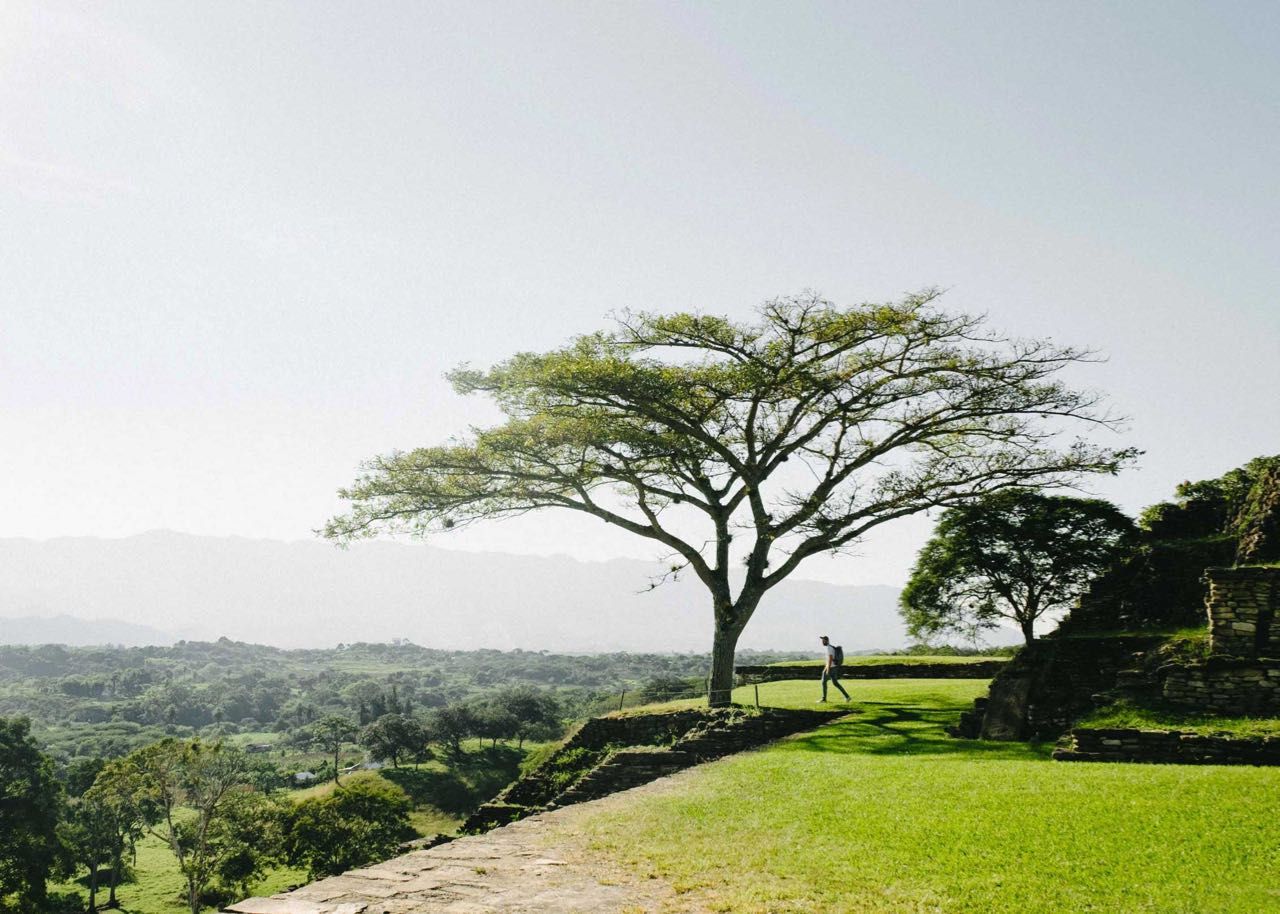 As you enter the compound the first thing you see is a giant grassy field and the ritualistic ballcourt, but then this hill covered in crumbling structures rises out of a copse of trees. Recent excavations have discovered that the hill is itself a giant pyramid with groups of smaller temple-pyramids on its terraced slopes, making it one of the largest man-made structures of ancient Mexico. There are little tunnels and passageways where we escaped from the heat, but the pull was ever upwards. It started easy enough with wide stone steps leading up to broad terraces, but as you climb the stairs get narrower and narrower and the ascent gets steeper and steeper. It was kinda unpleasant in the heat, but the sweat was worth it. It’s a singularly beautiful spot. 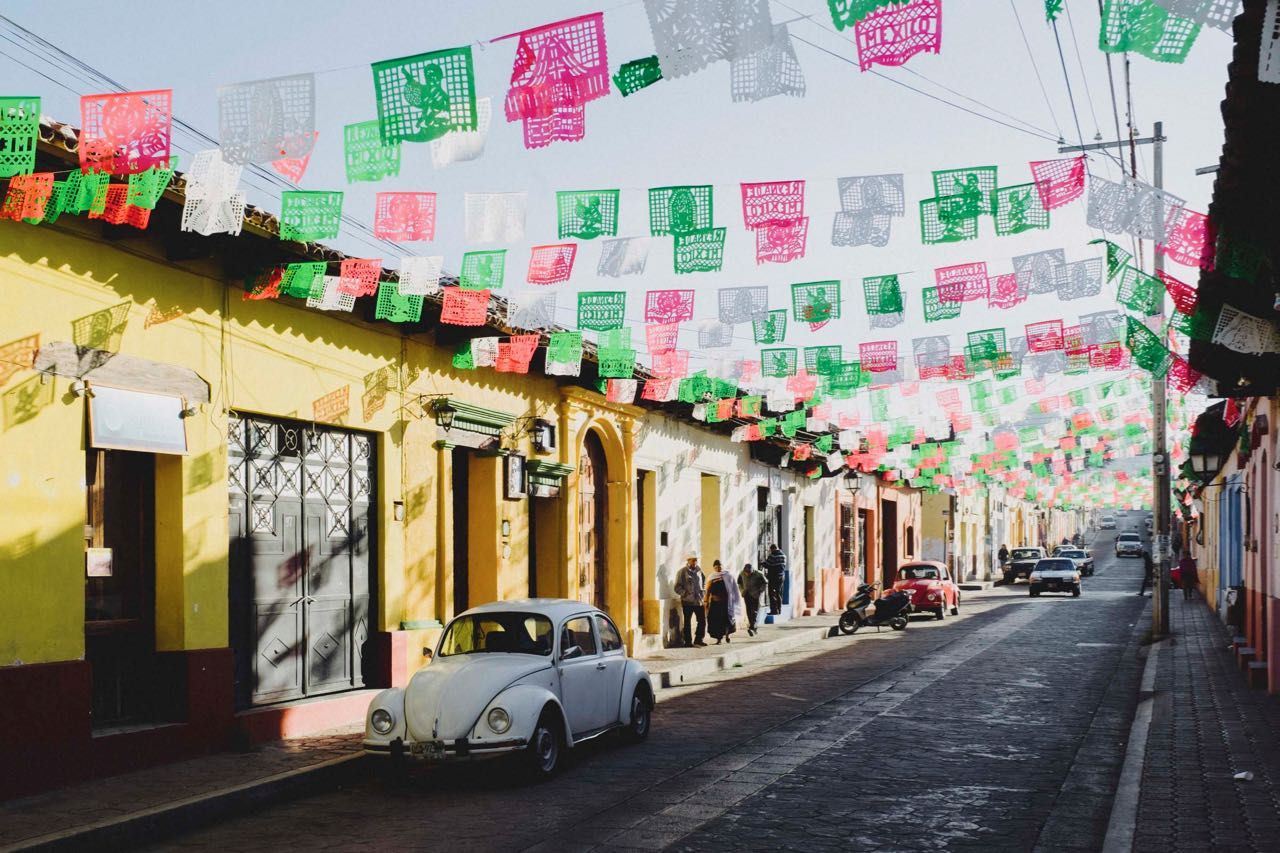 During our visit we passed through San Cristóbal de las Casas a few times. It’s an enchanting colonial town — designated a “Pueblo Mágico” (magical town) in 2003 and further recognized as “the most magical of the Pueblo Mágicos” by the president in 2010 — and the de facto cultural capital of the state. A popular destination for tourists, you’ll see a wide variety of restaurants and shops and people from all over the world as you stroll down the cobblestone streets. 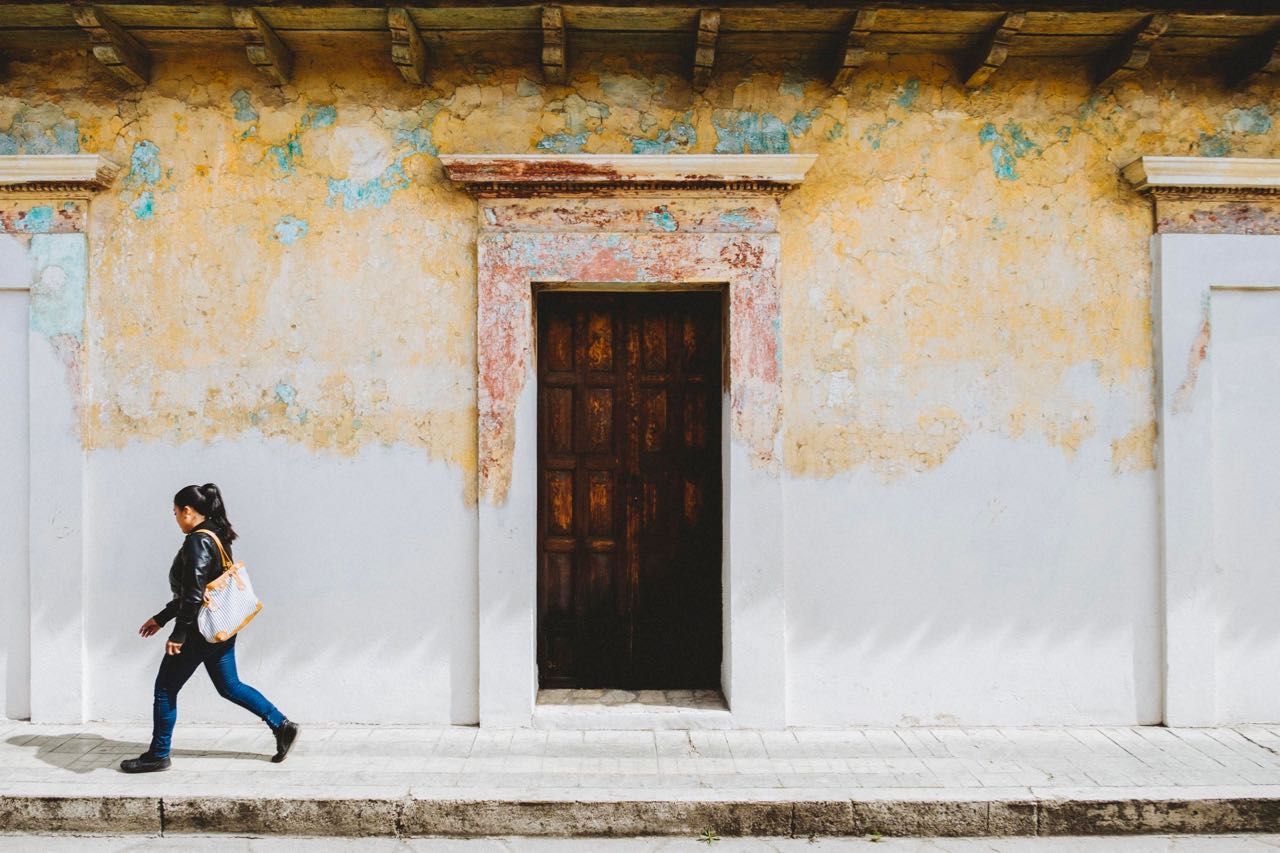 Located up in the central highlands at 2200m (7200ft) above sea level, San Cristóbal has a much cooler climate than nearby Tuxtla. The forests are mostly pine and oak, though much of the surrounding hills have been deforested for firewood. Evening temperatures can get quite chilly, so pack a sweater and grab an after-dinner coffee and warm pastel de elote at Carajillo. 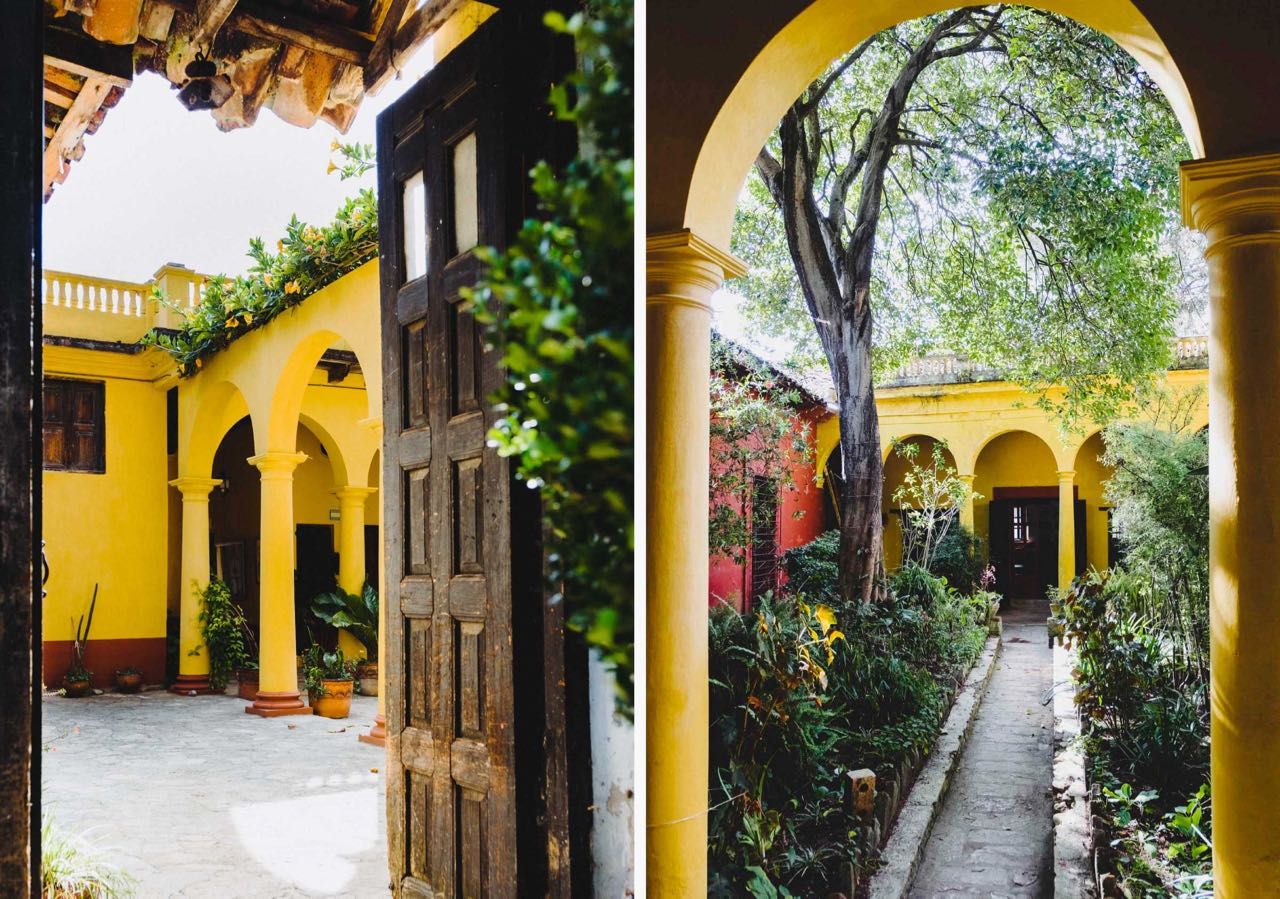 The city has two long pedestrian-only streets, with hotels and cafes and locals wandering up and down selling traditional sweaters and colourful scarves. San Cristóbal is a fun city to explore by foot, with narrow streets and really high sidewalks and old colonial buildings and plazas and open-air markets. One of our favourite discoveries was the Casa Na Bolom, erstwhile home of the archeologist and explorer Frans Blom and his wife the documentary photographer and environmental pioneer Gertrude Blom. Now open to the public as a museum and hotel dedicated to preserving the Lacandon Maya and Chiapas rain forest, you can stroll through rooms and courtyards looking at beautiful old black & white photos of the jungle and first peoples.

There are several towns just outside of San Cristóbal that are worth visiting, the most well-known of which is San Juan Chamula, an indigenous town of Tzotzil Mayans. Uniquely autonomous, no federal police or military are permitted in the town. One of the main attractions is the old church, where the residents have kicked out the clergy and created their own blend of pre-Columbian customs, Spanish Catholic traditions, plus some local innovations. The church pews have been removed and the floor covered in green pine bows, and mirrors bedeck the wooden statues to reflect evil spirits. But photography is very difficult, and if you try taking a photo in the church you might find yourself escorted out of the village. 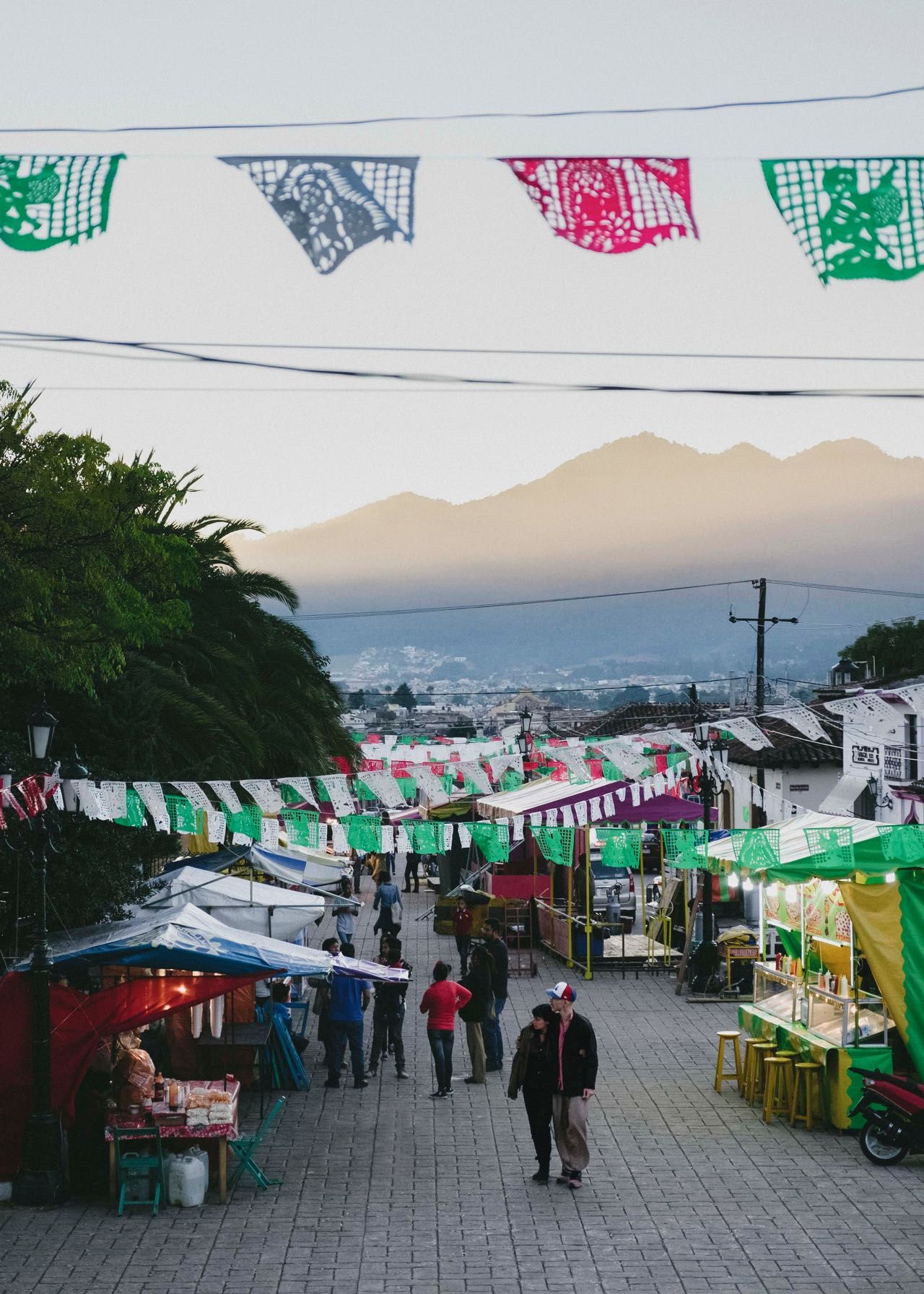 We had every intention of going to Chamula. But instead we found ourselves on the way to to Zinacantán, a smaller Tzotzil town a couple miles to the southwest nestled in the hills of the Chiapas Highlands. We wandered the streets a bit, marvelling at the traditional dresses, saw some people weaving and ate some freshly made tortillas. 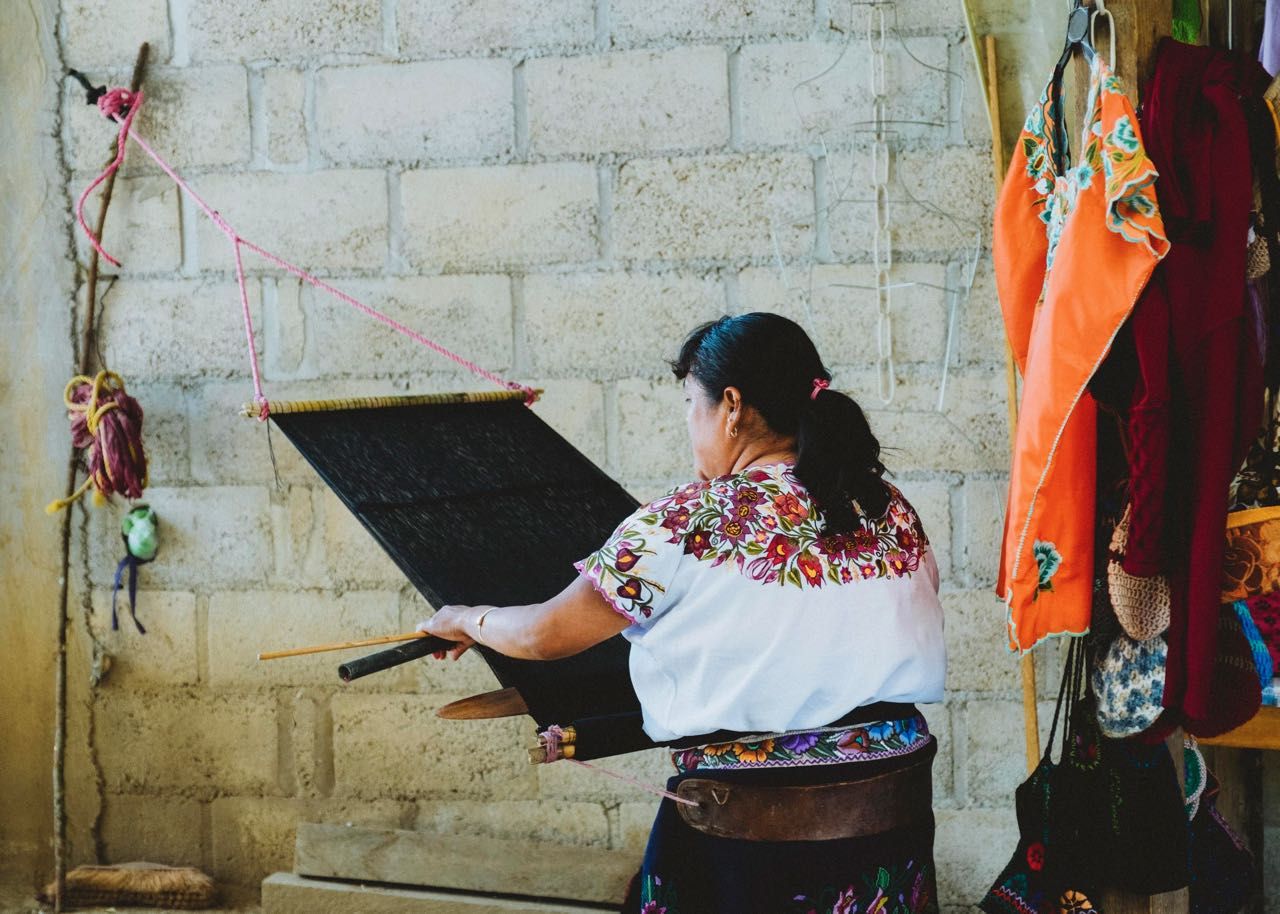 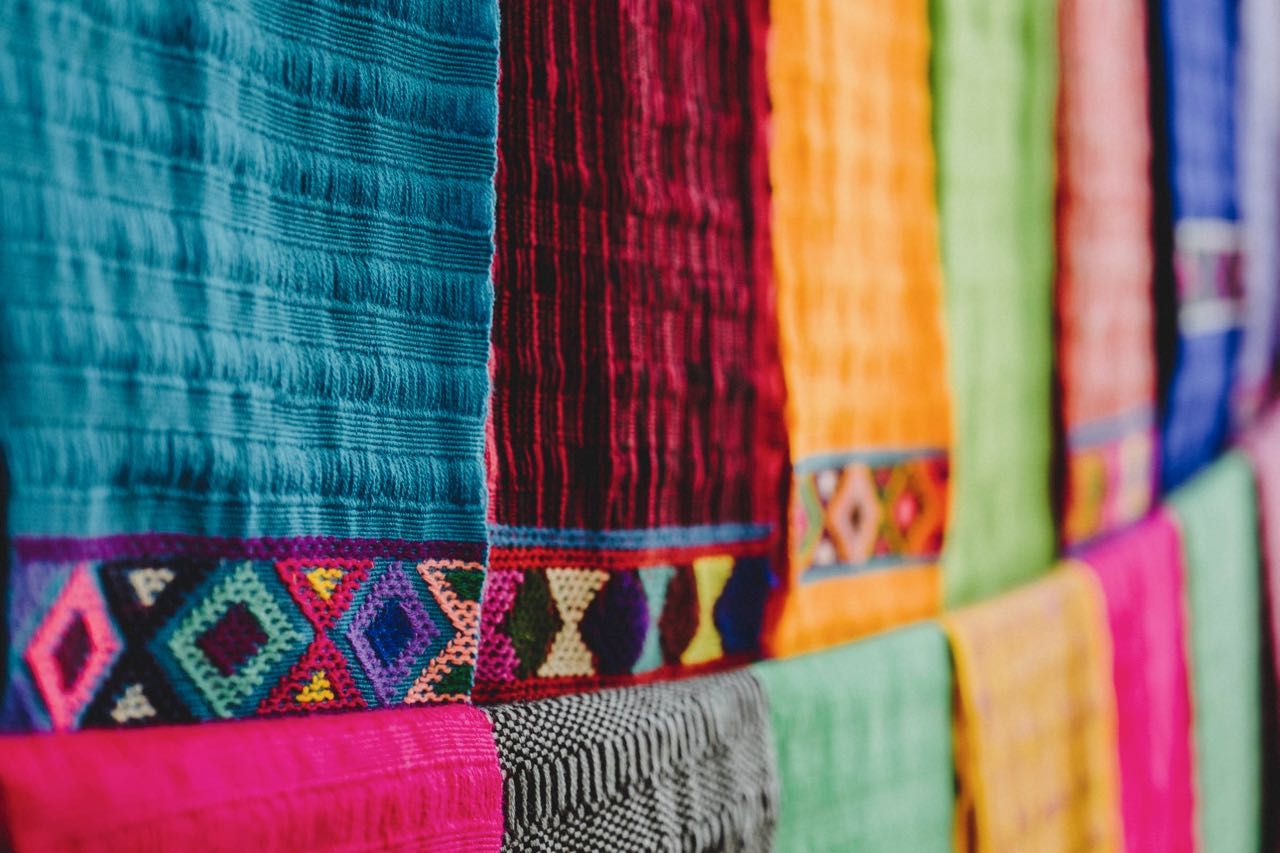 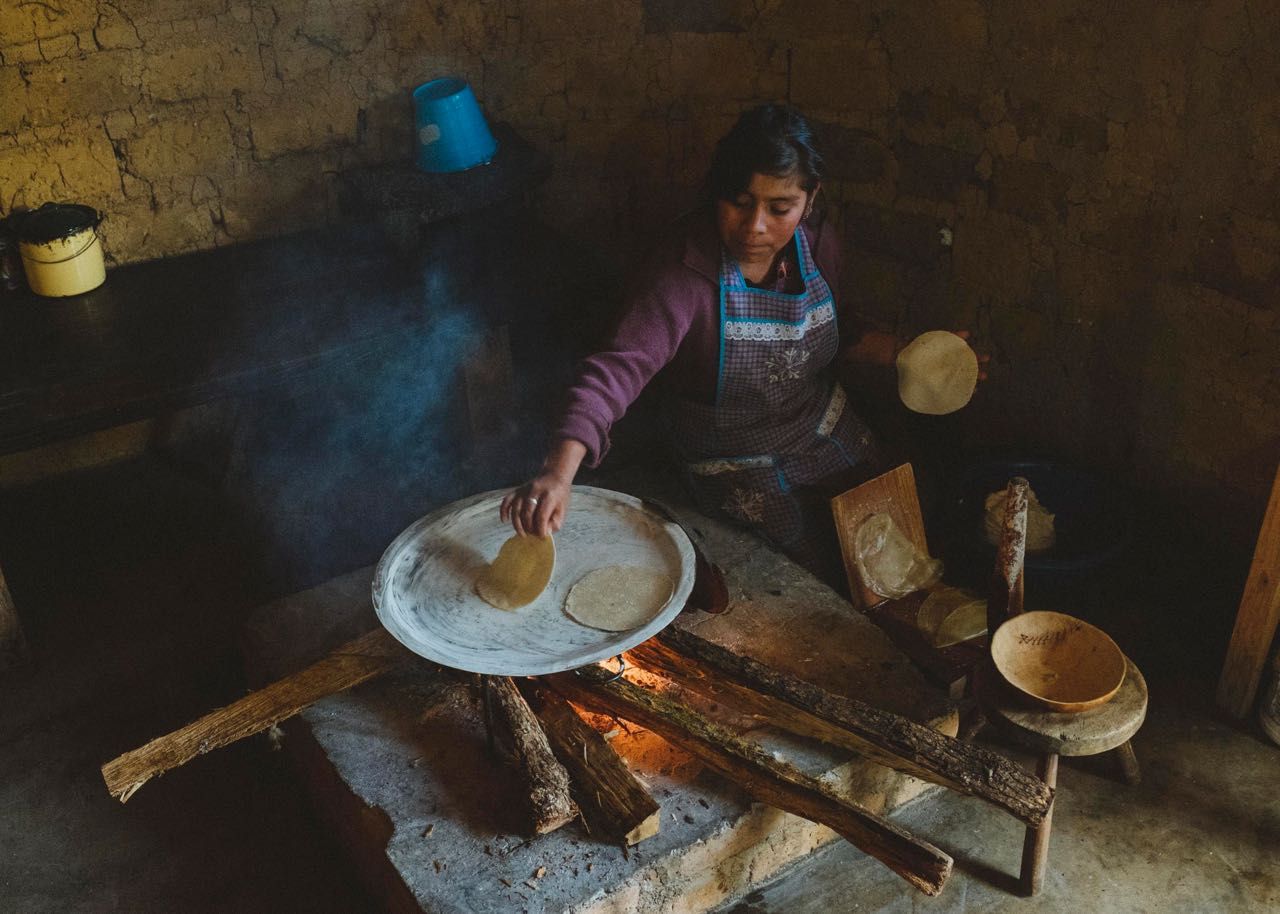 Returning to San Cristóbal, we booked a night at the Casa Margarita. It was the third hotel we stayed at in San Cristóbal and by far our favourite. Escaping to the roof, we lounged around for a bit soaking up the last rays of Mexican sun and listening to the periodic pop! pop! pop! of celebratory fireworks that explode at all hours of the day. 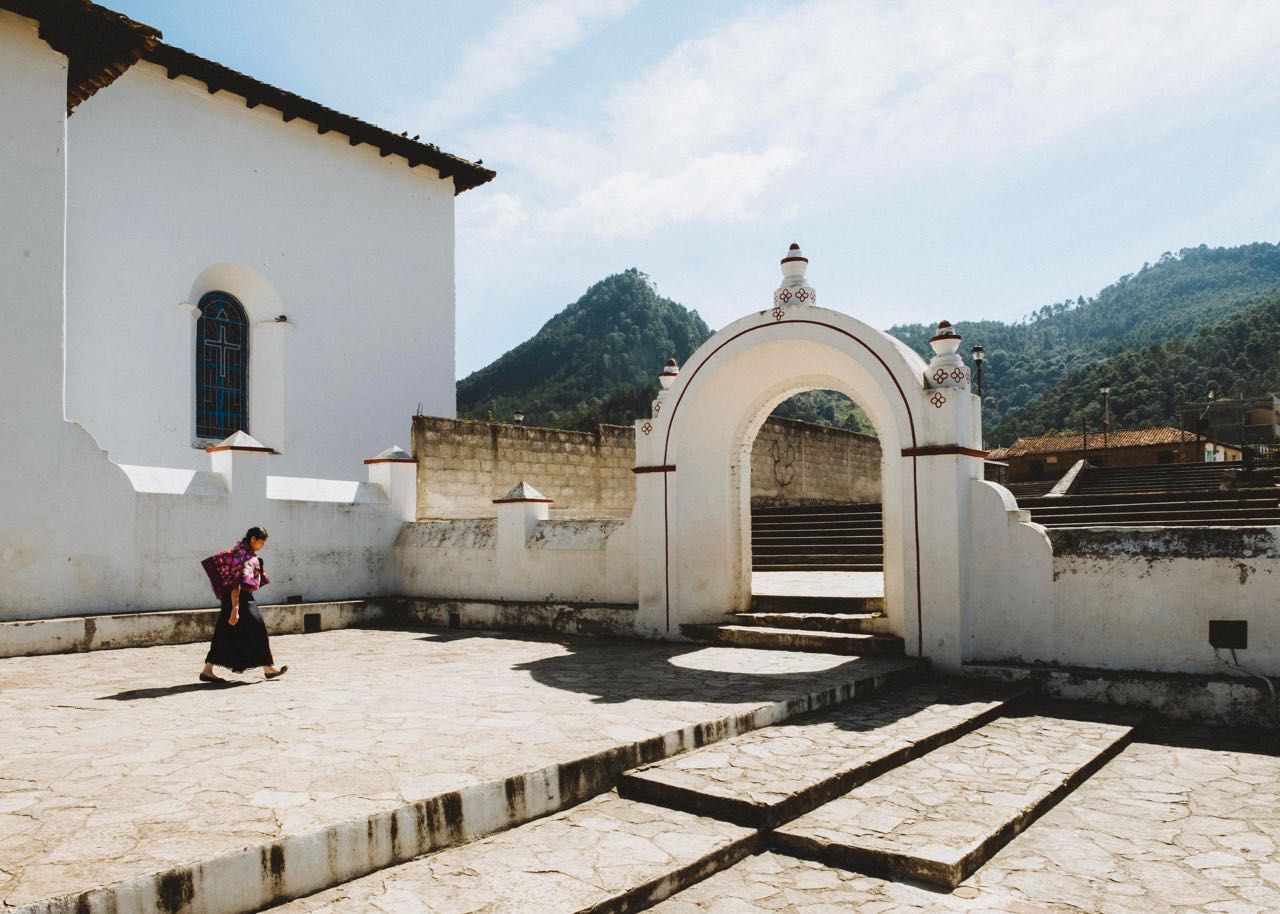 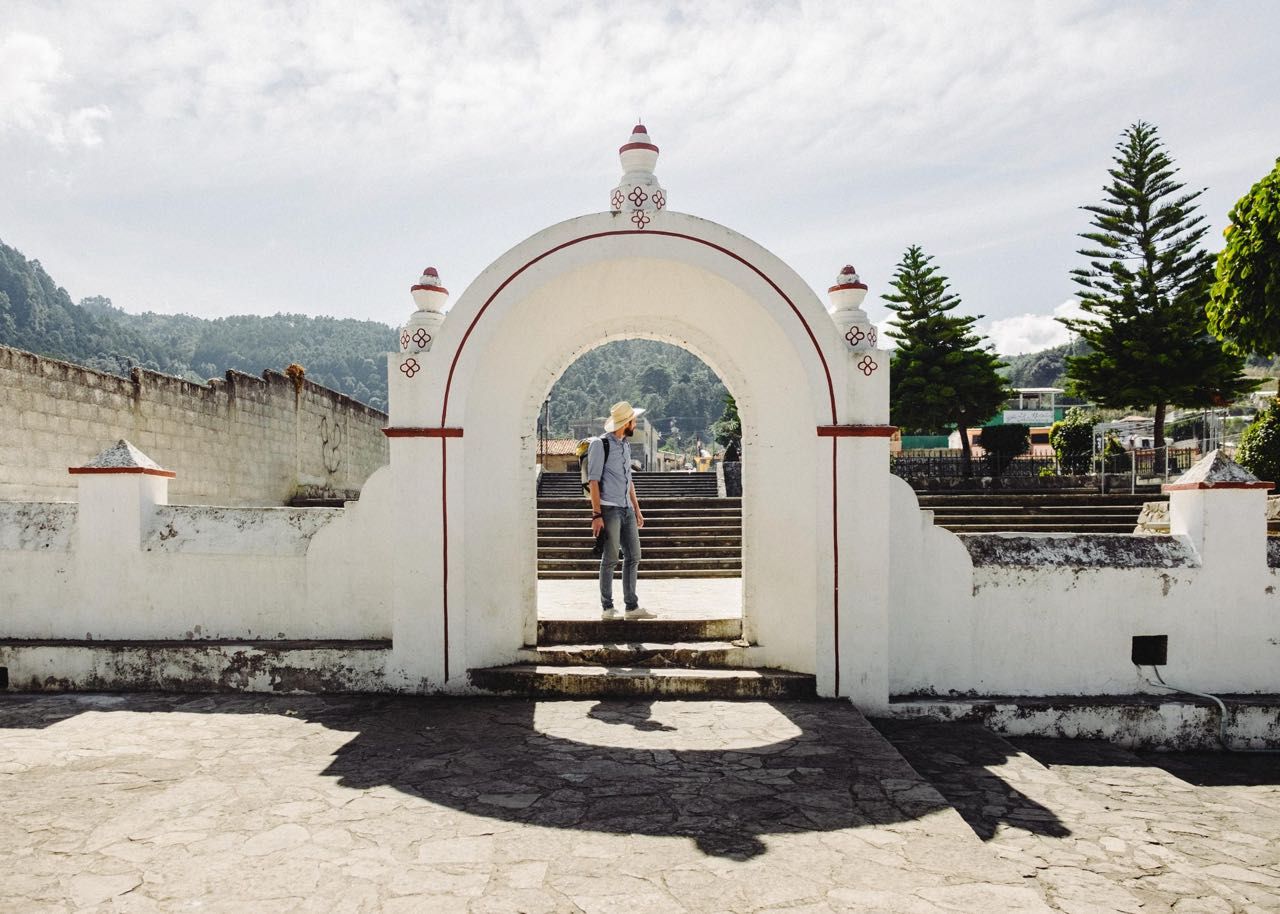 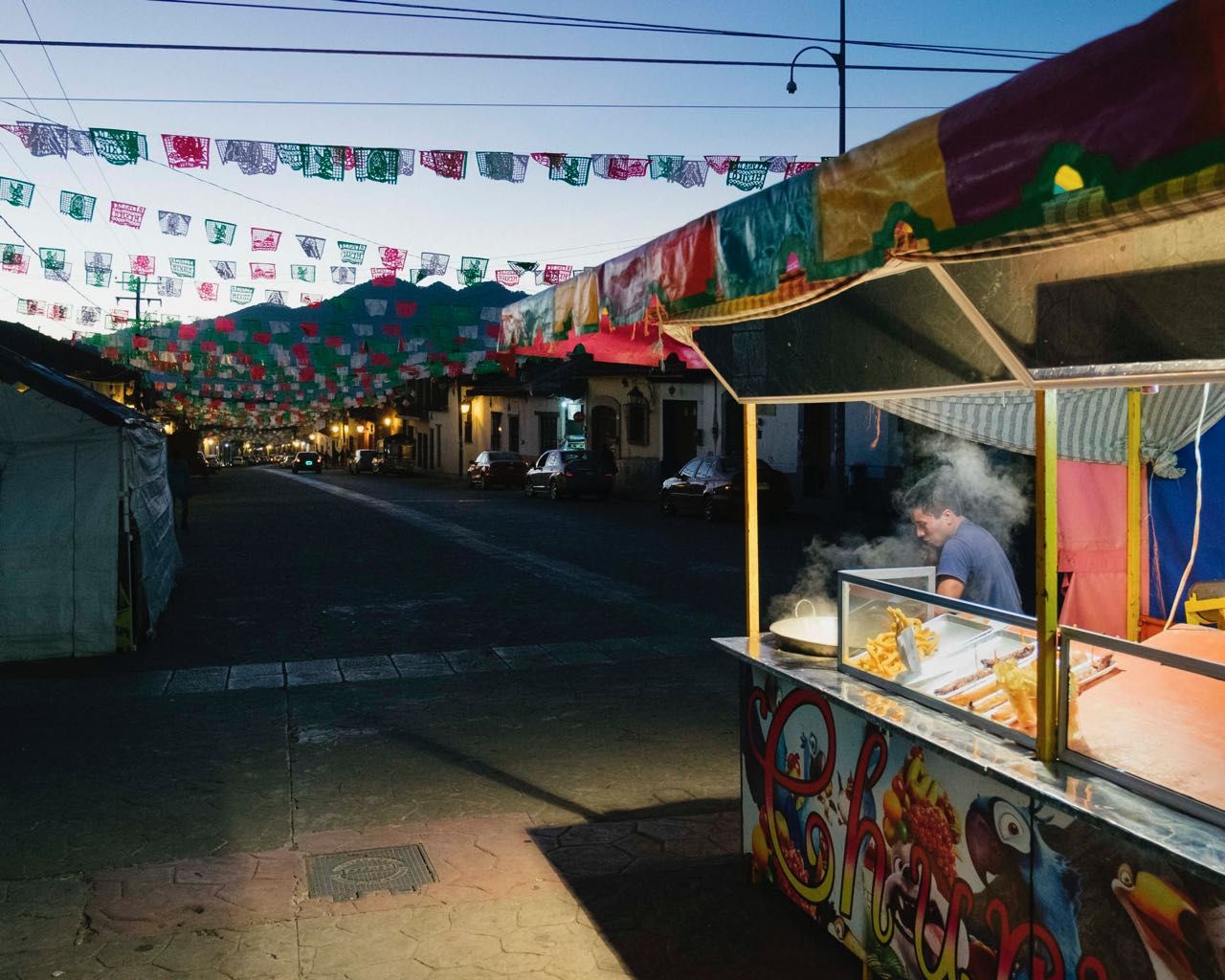 San Cristóbal is an excellent town to make your home base as you explore Chiapas. At once lively and cozily intimate, each time we passed through the city it felt like we were returning home. There’s good food, good coffee, and frequent colectivos to almost anywhere you’d like to visit. We’ll be back.

This article was originally published on Field & Forest, and is republished here with permission.

Photo + Video + FilmChiapas Diaries: Exploring the South of Mexico
Tagged
Galleries
What did you think of this story?
Meh
Good
Awesome

For a True Escape, Head To This Riviera Maya Resort With a Private Pool in Every Villa

What We Learned From the Zapatistas: Not All Stories Are Yours To Tell.

18 Reasons You Should Never Travel To Chiapas