When your plane is landing and you find yourself waist-deep in water, it’s probably a sign that something’s not quite right. On Friday morning, Journalist Bill Jaynes was aboard an Air Niugini flight to Weno, a tiny island in Micronesia in the Pacific, when he realized the landing wasn’t going according to plan. According to the New York Times, in a Facebook video, Jaynes described how the plane approached Chuuk International Airport dangerously low and ended up crash landing in the Chuuk lagoon. 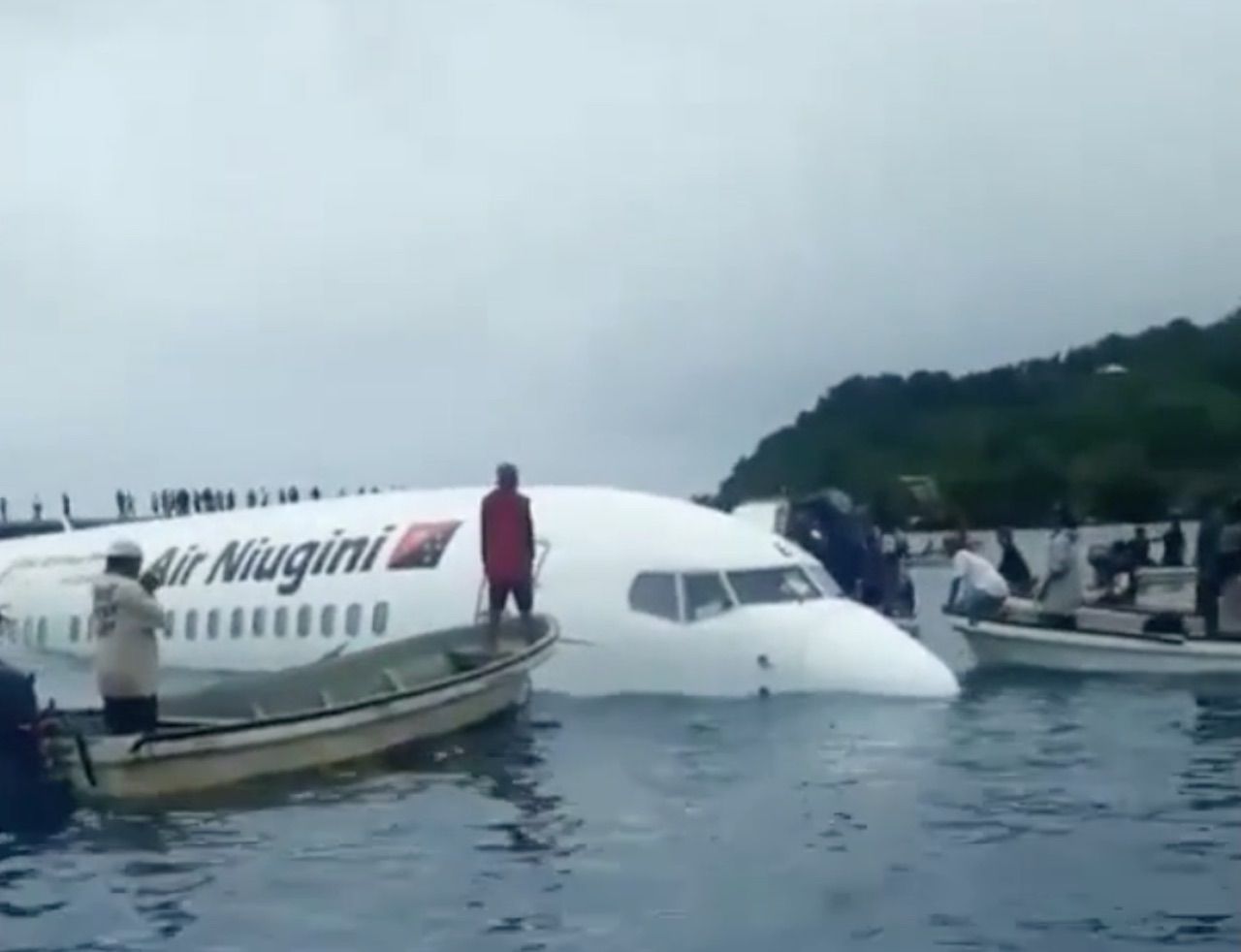 Luckily, help was on the way. A flotilla of local boats came to the rescue, evacuating all 12 crew members and 35 passengers aboard the aircraft. Also joining the rescue campaign was a United States Navy underwater construction team, which happened to be working in the area. Using an inflatable boat, they helped shuttle passengers and crew members to shore. The incident passed with zero fatalities, thanks to the quick rescue effort. Everyone on board was very, very lucky.

In a statement on social media, Air Niugini, Papua New Guinea’s national carrier, praised the heroic locals for their assistance and attributed the crash to poor visibility and heavy rain. Reports suggest, however, that the plane was simply flying too low to land safely. The aircraft also reportedly suffered damage to its wing back in May when it collided with another plane during taxiing, though it’s unclear if this had any effect on the Friday incident.

For now, all flights in and out of Chuuk International Airport are suspended, and access to the airport is limited.

Airports + FlyingHow Pilots Use the Seatbelt Sign To Send Secret Messages To the Crew
Tagged
News
What did you think of this story?
Meh
Good
Awesome