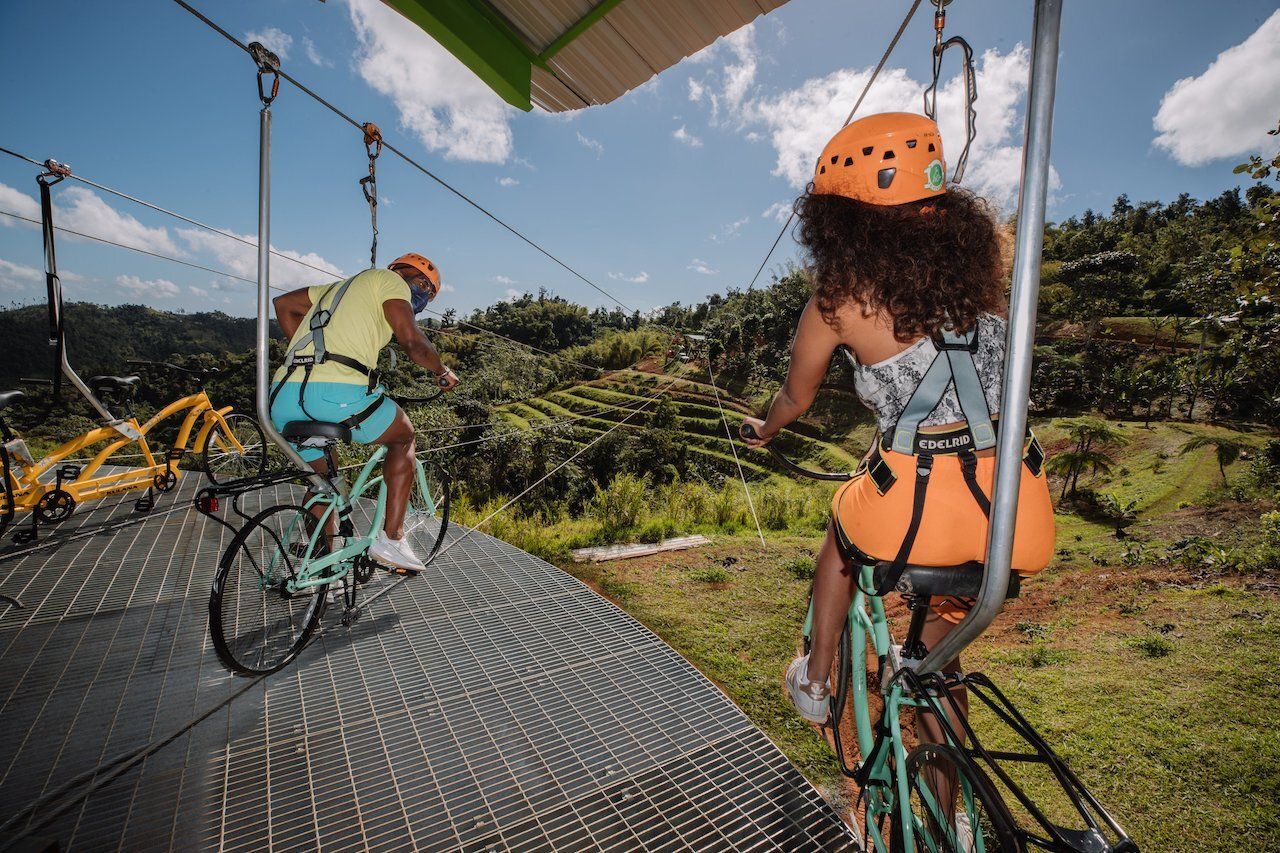 The ride, named “Torobike,” allows four participants to ride at the same time and consists of four tree-shaped platforms. Riders can take in breathtaking views of Puerto Rico’s north coast while riding above the mountainous terrain. There are four stations of different lengths; the longest one is recorded in the Guinness Book of World Records at 1,057 feet and 3 inches. 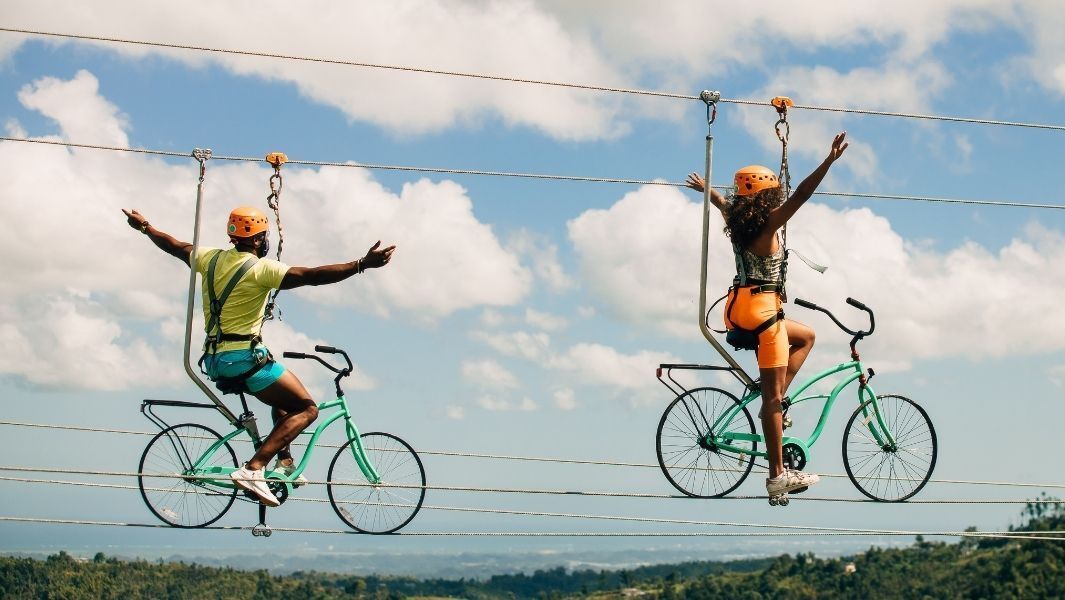 The world record was rewarded on April 28, before the ride officially opened on May 4.

Travel Pulse explained that an expansion of the bicycle zip wire is already in the plans for 2022. The second phase of the circuit will include an outdoor dining room serving freshly-baked bread and locally grown coffee.

TravelEverything You Need To Know About Visiting Puerto Rico
Tagged
News Theme Parks Puerto Rico
What did you think of this story?
Meh
Good
Awesome