In August, scientists will dive into a previously unexplored oceanic sinkhole called a “blue hole.” The hole, named the “Green Banana,” is 425 feet deep and off the coast of Florida.

There’s a lot of mystery around the dive — Green Banana has never been explored, and dives into deep sinkholes are extremely dangerous. With the support of the National Oceanic and Atmospheric Administration, a team of scientists from Mote Marine Laboratory, along with Florida Atlantic University’s Harbor Branch, Georgia Institute of Technology, and the US Geological Society, will dive into the hole to (safely) see what they can find.

“We believe that they are likely old springs and sinkholes that formed maybe 8,000+ years ago when Florida was much wider,” scientist Emily Hall said to Vice.

Blue holes are found around the world, with the deepest — like the Dragon Hole in the South China Sea — extending nearly 1,000 feet down from the ocean floor. At such depth below the seafloor, visibility is limited and the water is much colder than at the surface. 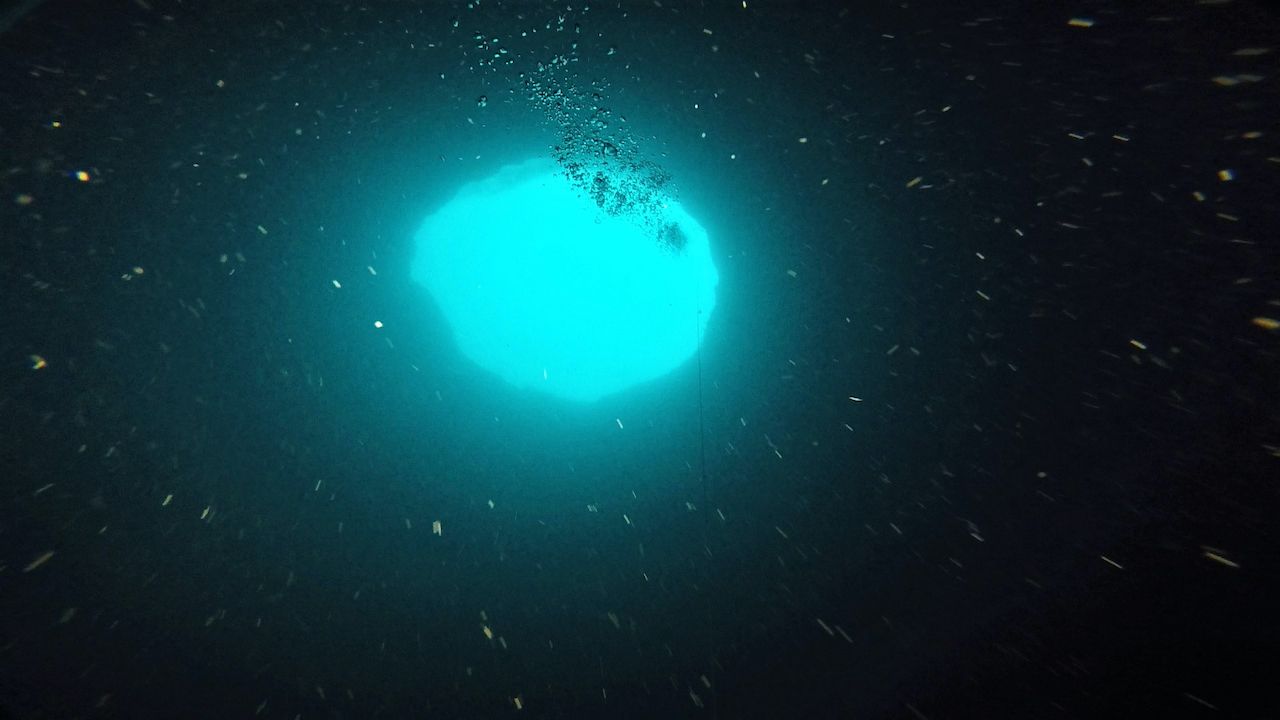 In previous dives, scientists have studied the biology and chemistry of these oceanic habitats and have made unexpected finds like two carcasses of smalltooth sawfish while diving into the 237-foot-deep Amberjack Hole, located about 30 miles west of Sarasota in the Gulf of Mexico.

Green Banana is deeper than Amberjack, giving the scientists the chance to probe further than they have on previous missions.

Beaches and Islands7 Best Places To See Dazzling Bioluminescence
Tagged
Diving News
What did you think of this story?
Meh
Good
Awesome