Some people get so attached to their cars that they give them a cute nickname. In Scotland, it’s the snow plows (or “gritter” as they call them there) that must be near and dear to their hearts because each and every one of the country’s vehicles has been assigned a name.

A 2018 BBC story reported that the naming practice goes back to 2006, when Transport for Scotland ran a competition in Scottish schools asking students to invent the best names for a fleet of plows. The children submitted their most creative ideas, and the Scottish Transport Ministry selected the best ones. The plows then became traceable via an online tracking service that launched in 2016. 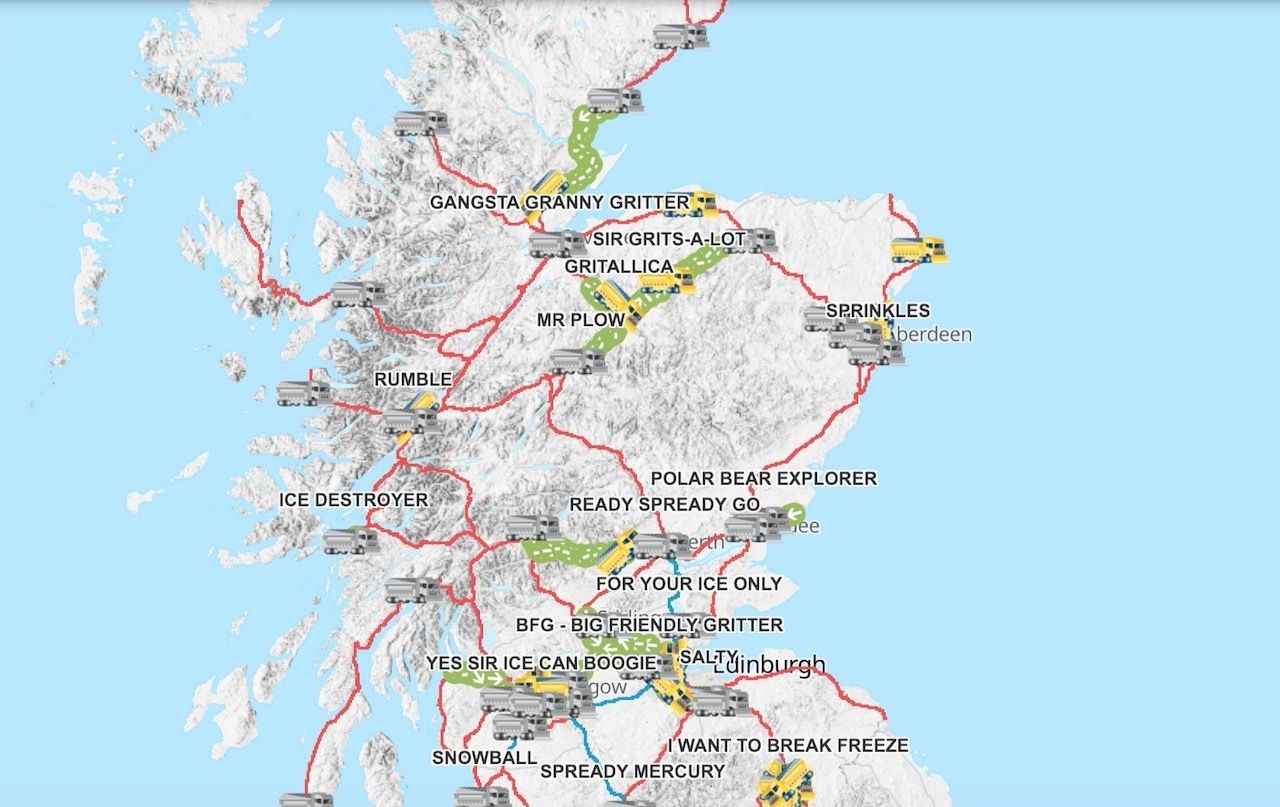 A spokesperson from BEAR Scotland, which operates around 100 plows, told the BBC, “We had a great response from the schools that were involved with the competition, with some excellent entries submitted.”

You can scroll around the map to see which snow plows are active where, and even track your favorite one. It might be the only thing actually getting people excited about the next snowstorm.

Some of the funniest names include Gritallica, Mr. Plow, Spready Mercury, Salty, Spready Ready Go, Sprinkle, For Your Ice Only, Nitty Gritty, Licence to Chill, Ice Queen, and perhaps the best one, Luke Snowalker.

Art + Architecture7 Rural Scottish Villages That Are Straight Out of a Storybook
Tagged
News
What did you think of this story?
Meh
Good
Awesome