In an ideal world, a pandemic would transcend politics. Name any issue you can think of — from immigration to the aesthetic value of garden gnomes — and you’ll probably find a political divide. It’s no surprise, then, that the coronavirus crisis is causing a gaping chasm between Democrats and Republicans, and that extends to its impact on tourism. Skift surveyed 528 US citizens — members of both parties, as well as Independents — asking them about their travel plans over the next several months. The results not-so-shockingly showed a disparity in the opinions of Democrats and Republican respondents. 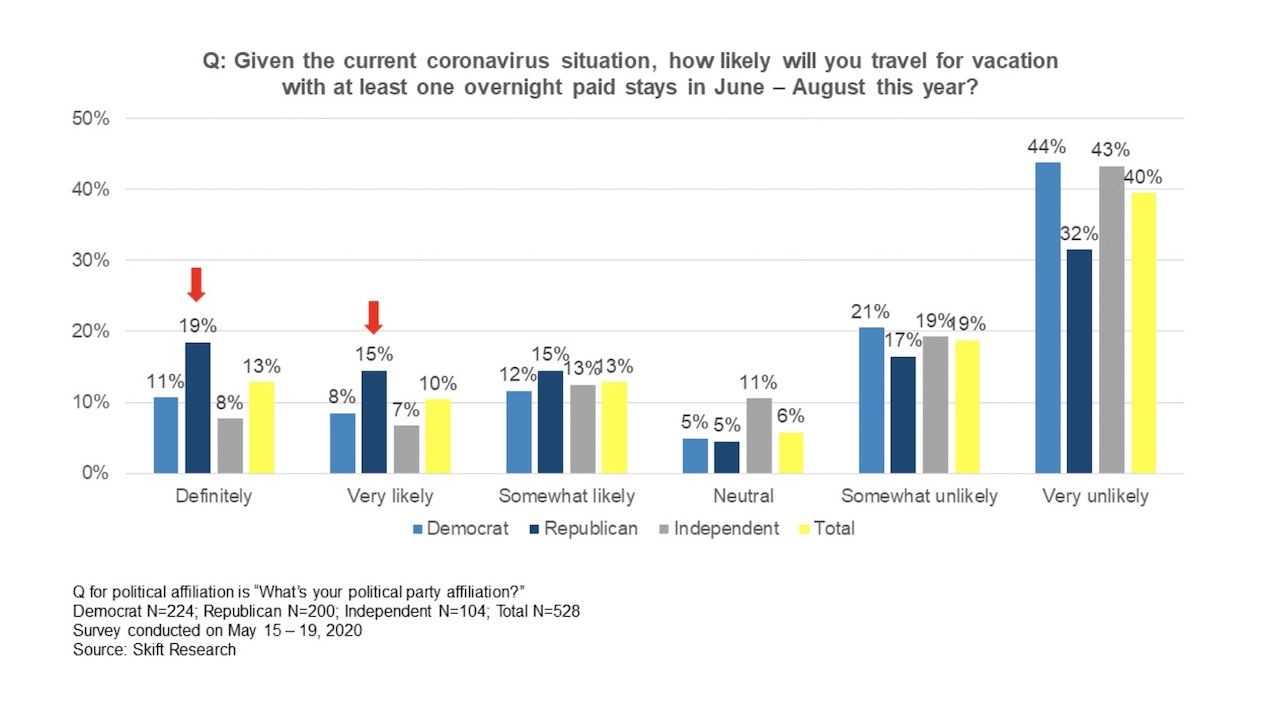 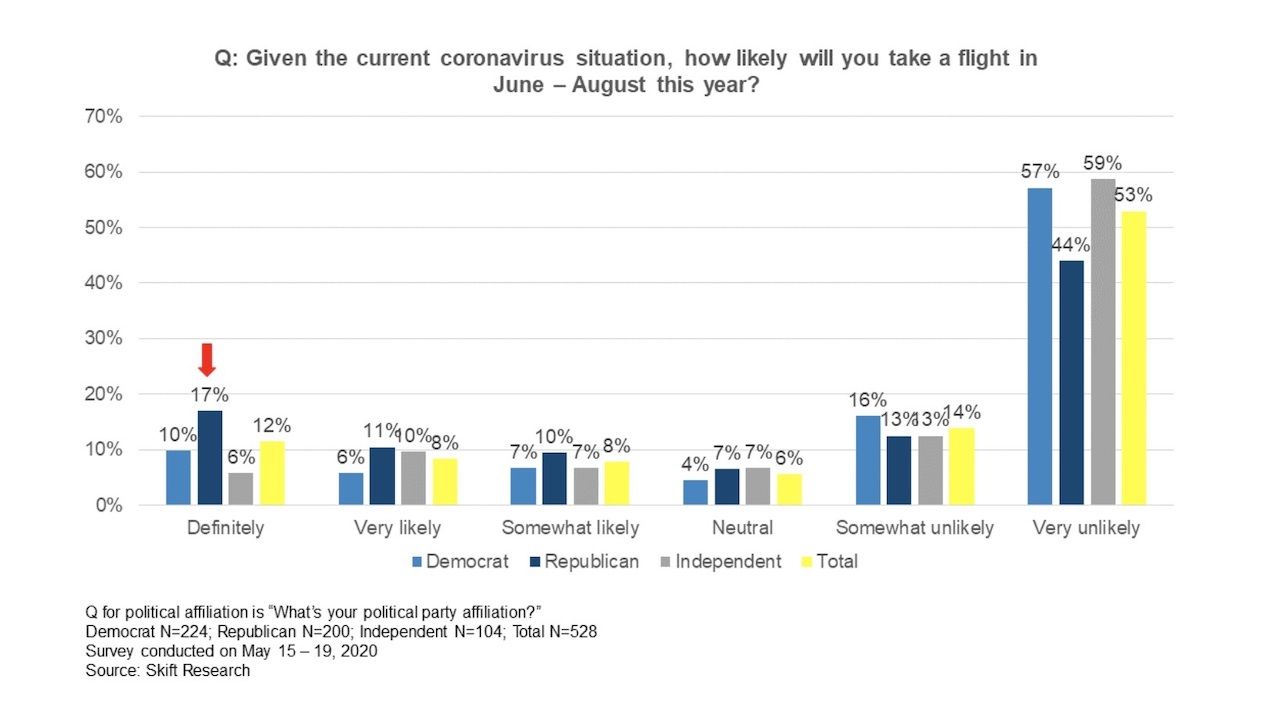 According to the survey, Republicans are more eager and willing to return to travel than Democrats. About 35 percent of Republicans said they are planning to travel over the summer, with at least one overnight stay, compared to just 20 percent of Democrats. 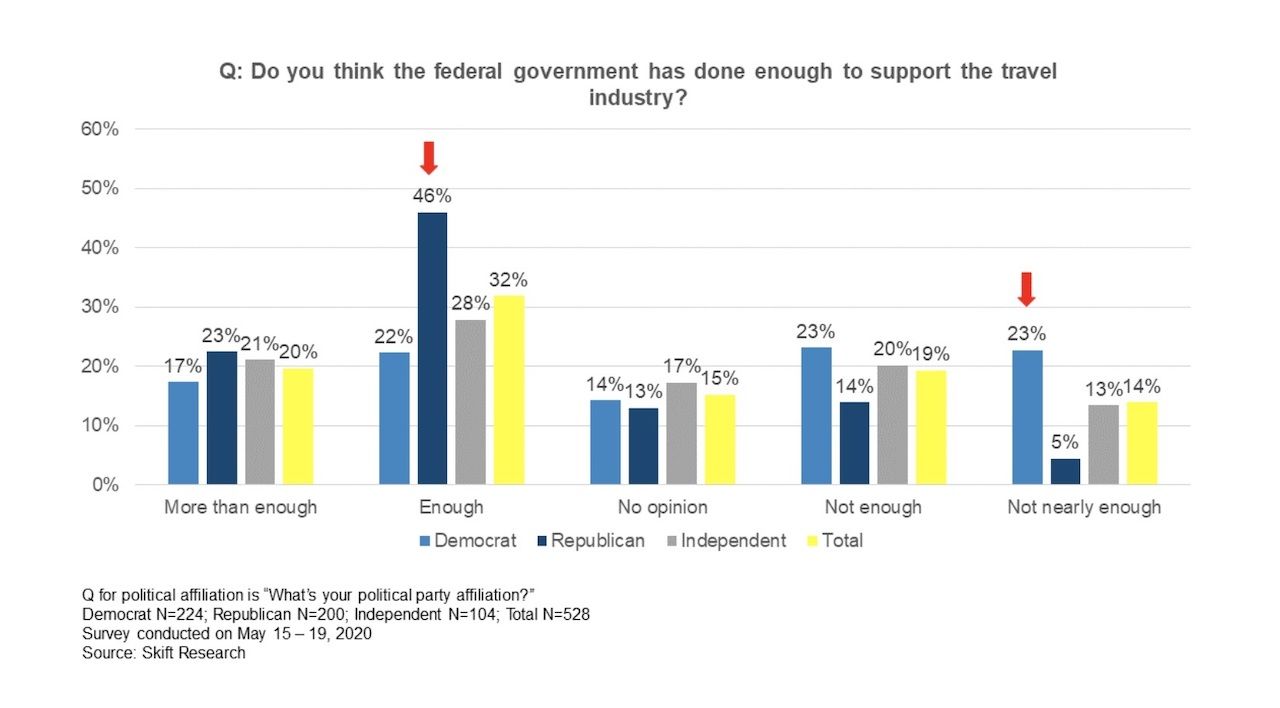 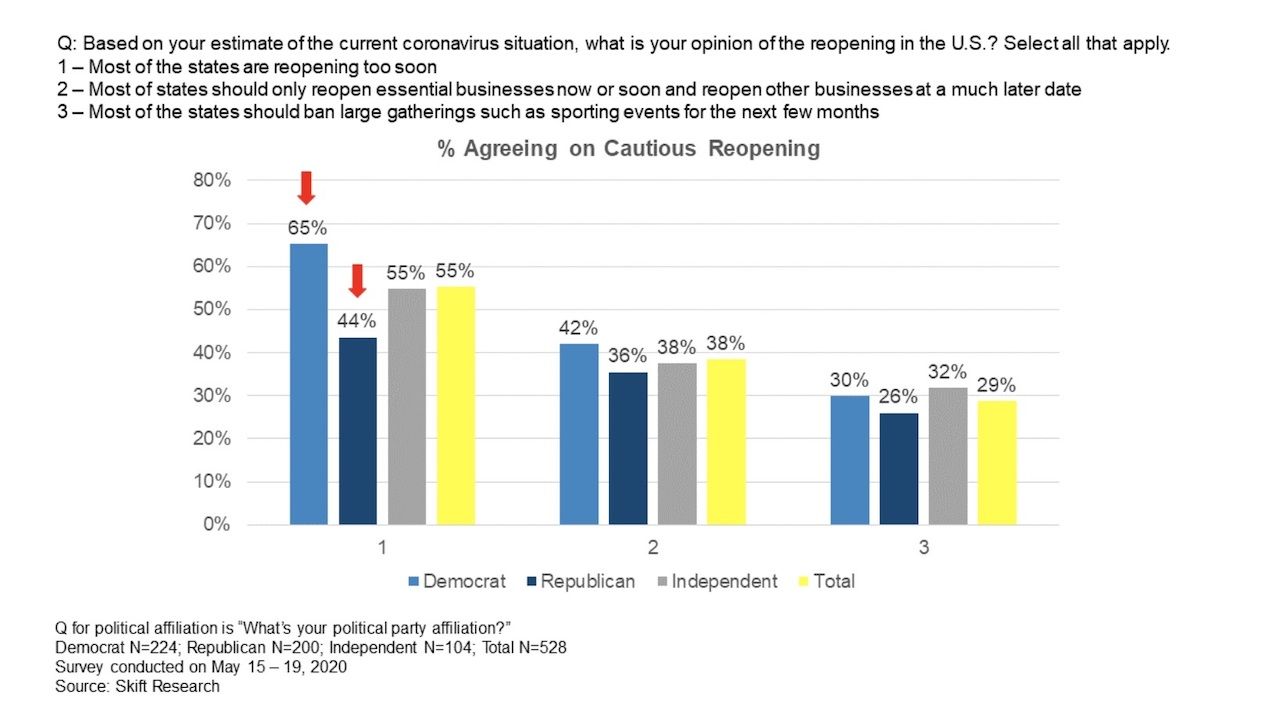 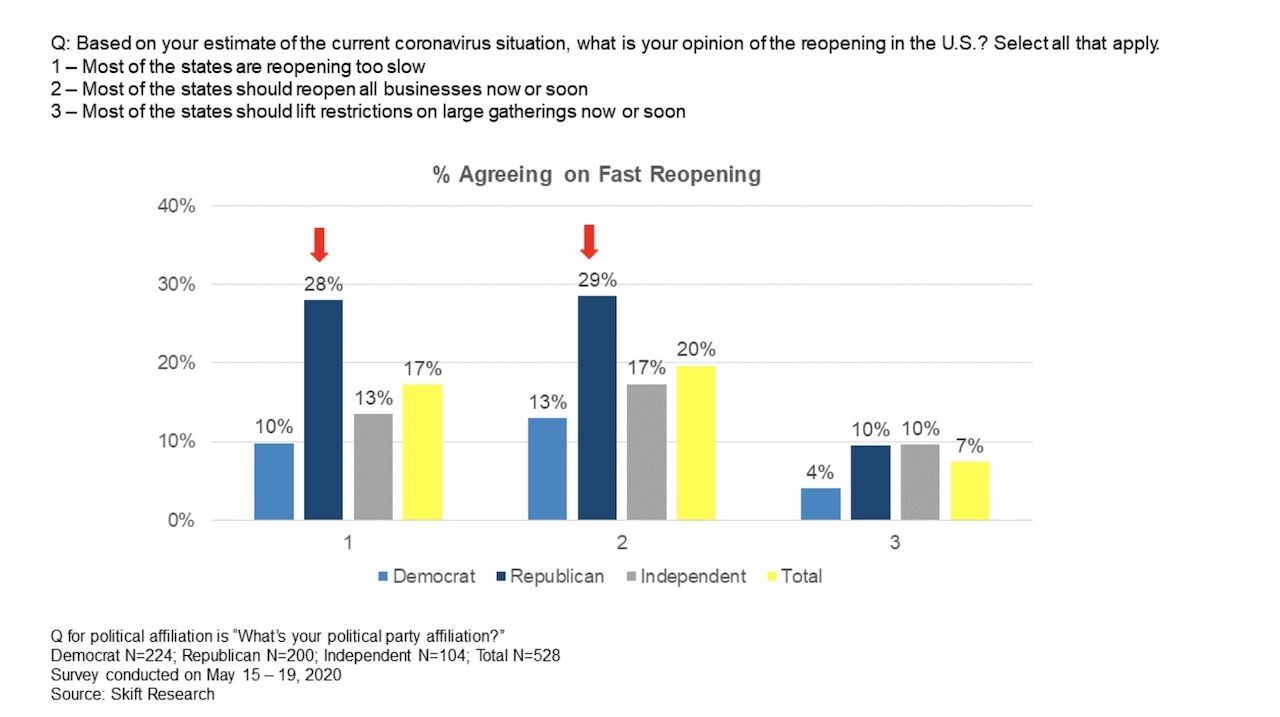 In line with the rest of these results, 69 percent of Republicans believed that the government had “done enough” to support the travel industry — perhaps explaining their confidence in booking a flight — compared to just 39 percent of Democrats.

NewsMatador Network Survey Reveals an Overwhelming Eagerness for Post-Pandemic Travel
Tagged
COVID-19 News
What did you think of this story?
Meh
Good
Awesome