It’s that time of year when you get home, plop yourself down on the couch, and start scrolling through your phone while a Hallmark Christmas movie plays in the background. And what you might miss while ignoring the screen are the fantastic holiday settings many of them inhabit, from classic old homes to charming town squares. While most of the towns in those movies are fictional, dozens of small towns around America look just as magical in the winter. Here are nine that feel just like the movies. 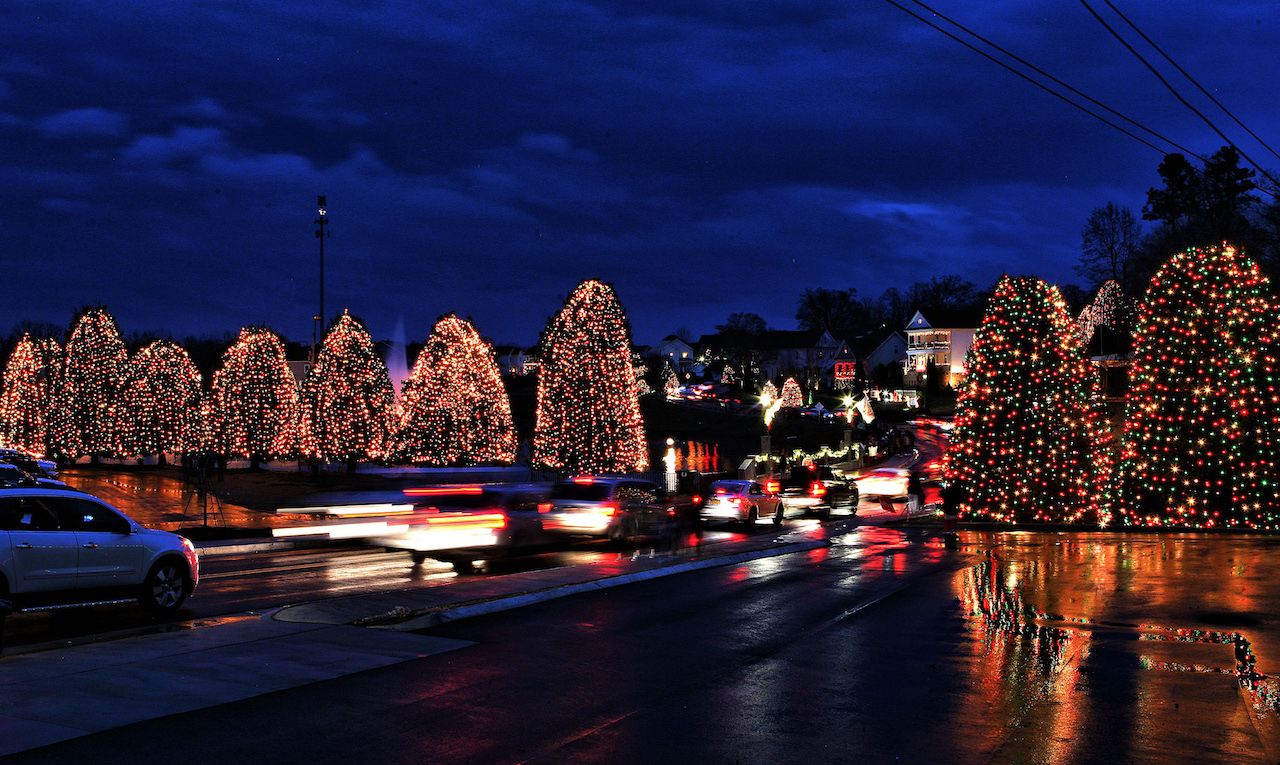 Nicknaming yourself Christmastown, USA, is setting the expectations pretty high. But this little town of 832 delivers on its promises, decking out over 400 trees in nearly half a million glimmering lights. McAndenville, about 20 minutes west of Charlotte, centers around a man-made lake, around which a few dozen illuminated trees create the perfect backdrop for the 75-foot water spouts shooting out from the center. The lake also has an image of Old Man Winter who showers the trees in snowflakes. The town has become a regional attraction in the Charlotte area with over 300,000 cars driving through to take in the lights most years. 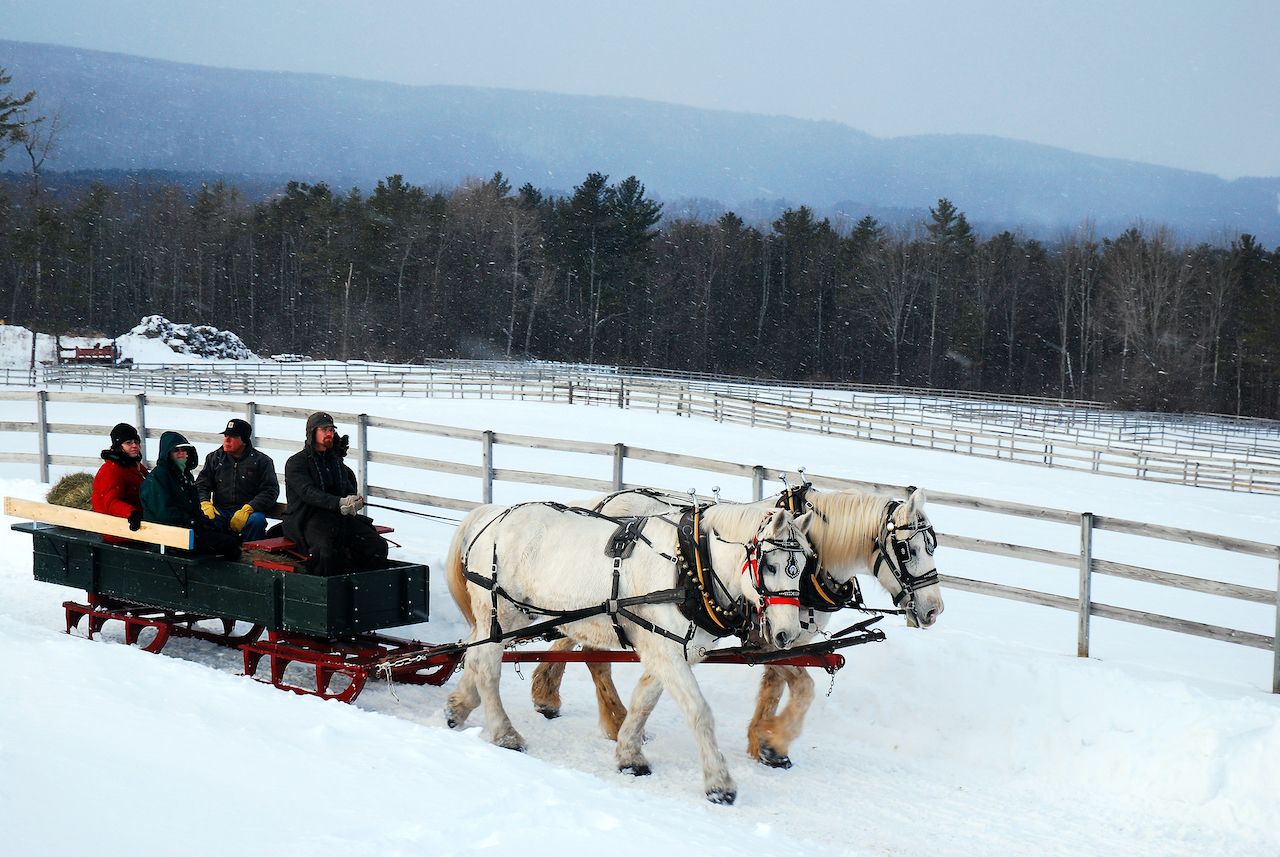 There’s a pretty good reason Stockbridge looks so quintessentially Christmas: It quite literally is something out of a Normal Rockwell painting. It’s the Stockbridge from Rockwell’s famous “Stockbridge Main Street at Christmas” painting, so while plenty of New England towns go all out for Christmas, this is the poster child. Though you’ll find the city’s classic white homes with pillars wrapped in wreaths throughout the season, the best time to visit is the second weekend of December during the Stockbridge Main Street at Christmas festival. The porches along Main Street are filled with carolers, and visitors can take guided tours of the homes Rockwell made famous. You can also take pictures during the annual recreation of the famous painting, when vintage cars covered in snow are parked on main street for maximum authenticity. 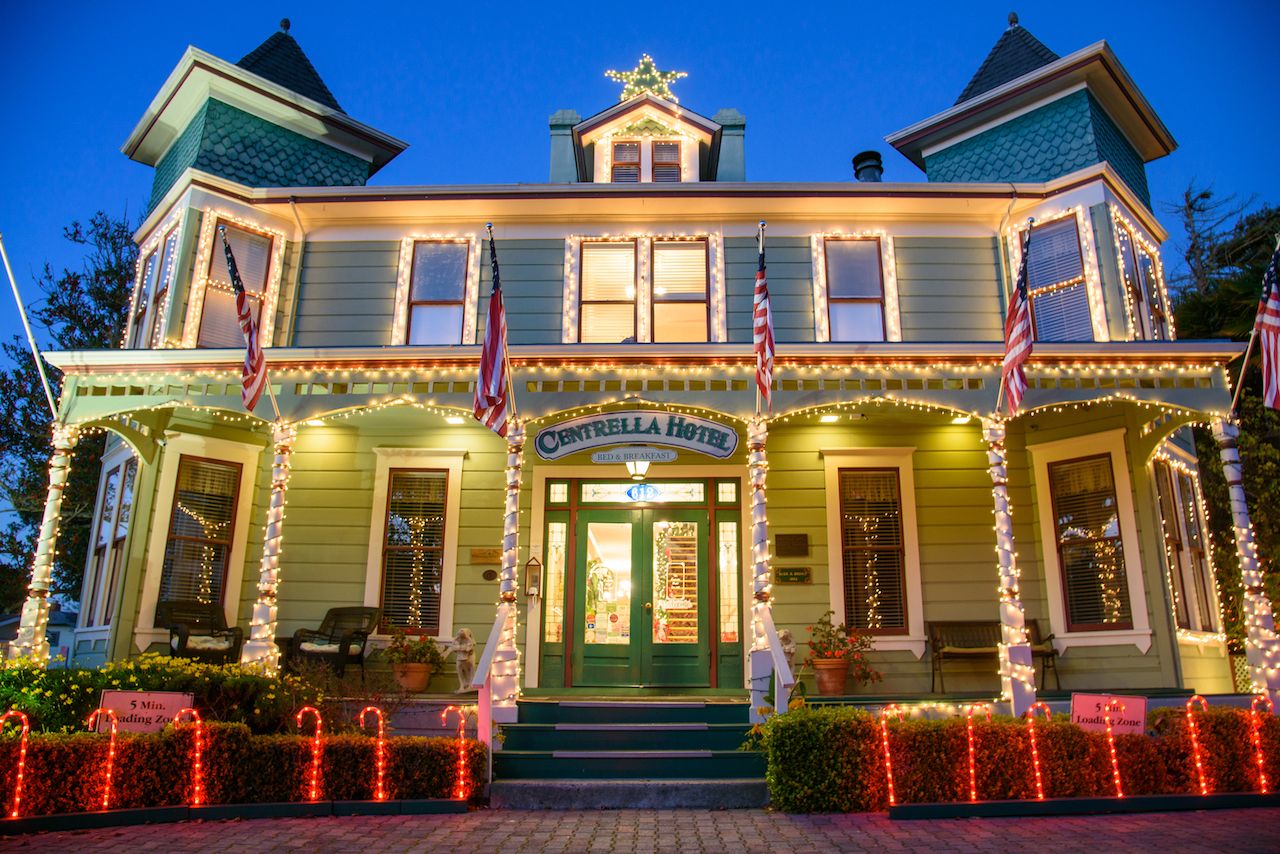 A California beach town isn’t typically the kind of place you’d expect to spend the holidays cozied up in a Victorian bed and breakfast, but this small town might do Christmas better than anywhere in the Golden State. Pacific Grove’s seven historic B&Bs cover their fireplace mantles in bows and gift wrap their staircases for the annual Christmas at the Inns event. If you can pull yourself away from that level of coziness, check out Candy Cane Lane, a residential street (Morse Drive) where neighbors try to outdo each other for the most over-the-top Christmas decorations. 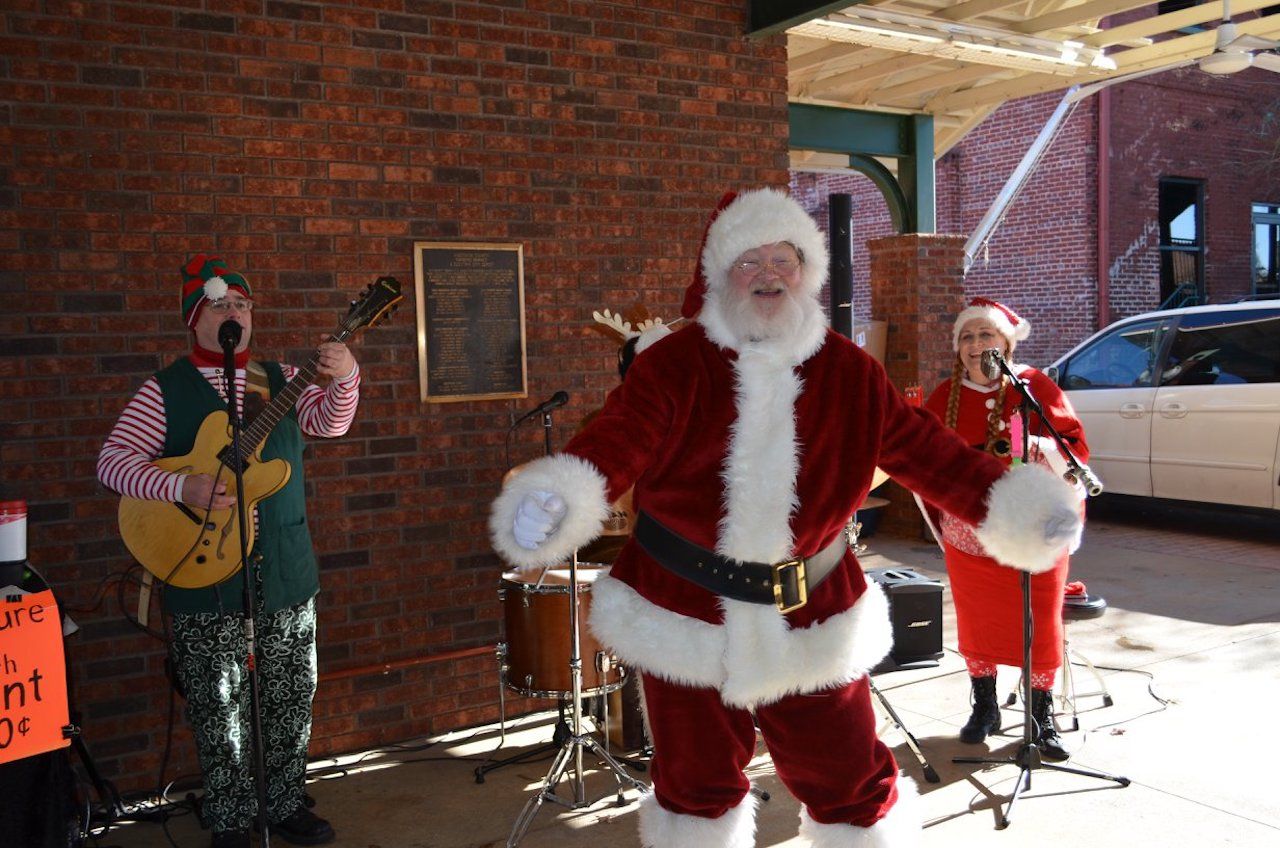 No need to fly all the way to Europe to check out Christmas markets. Sure, they might be slightly bigger than the one that pops up on December Saturdays in Anderson, South Carolina, but for a city of 26,000 in a warm-weather state, it does a pretty impressive job. The sprawling market is filled with Christmas regalia; fresh-baked goodies; warm, cinnamony drinks; and other stuff to fill the air with cheer. At night, Anderson lights up over two miles of road for the Anderson Christmas Lights show, a drive-through display of nativity scenes, reindeer, and other Christmas images made completely out of tiny bulbs. The show goes on for 45 acres and draws people from hours away in every direction. 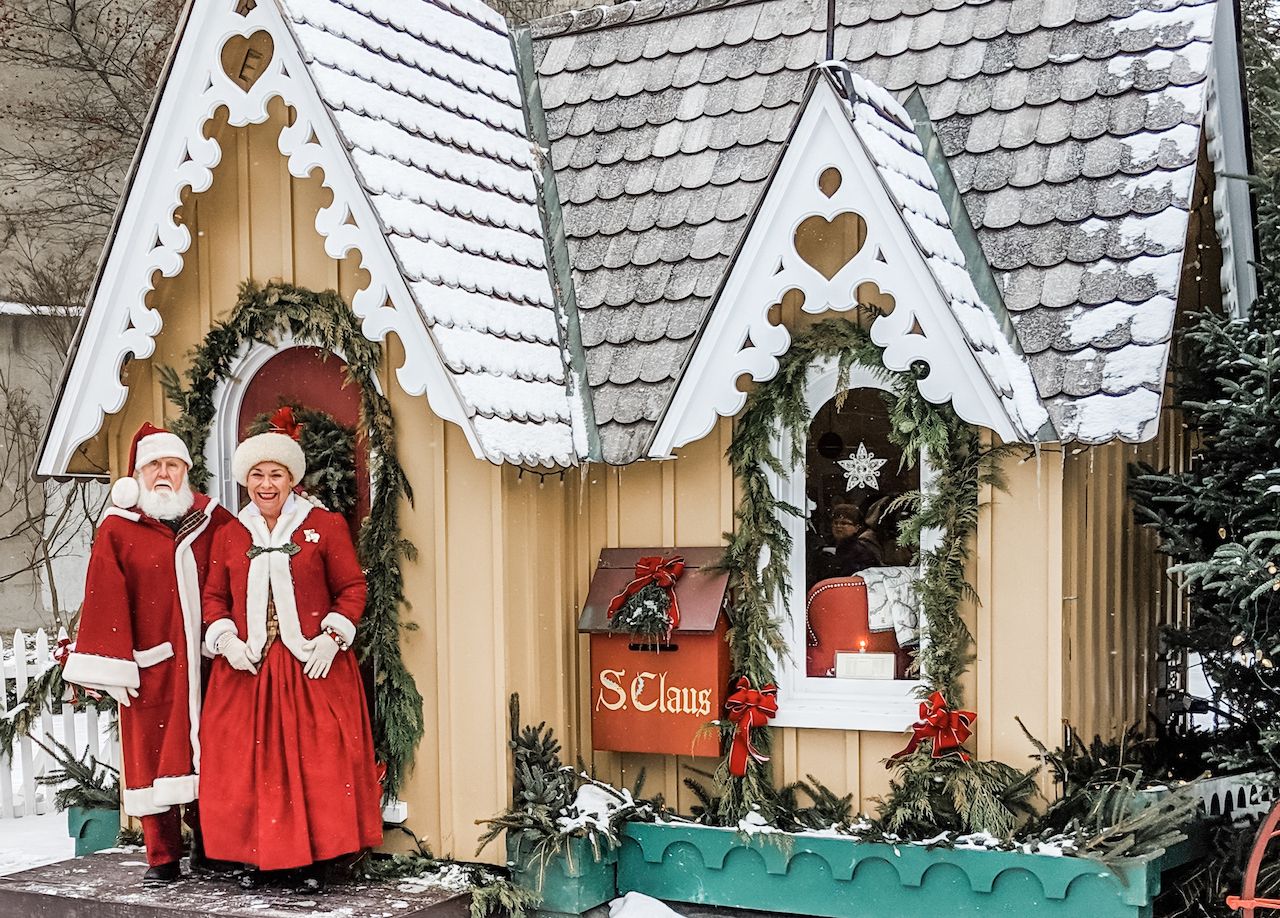 Photo: This Is Cooperstown

Though the mesmerizing small-town streets of Cooperstown always seem a little surreal when you realize every storefront is a baseball memorabilia shop, when it’s covered in a soft blanket of snow you’ll hardly notice. Ditto when you walk a few blocks and see the white-and-green hills surrounding Otsego Lake or behold the Otesaga Resort lit up like a colonial winter castle. From the end of November to Christmas, Santa and Mrs. Claus set up a cottage in Pioneer Park, too. And the Candlelight Evening highlights the season at the Farmers’ Museum, where 150 carolers serenade horse-drawn sleighs as they drift through the museum’s snowy grounds. 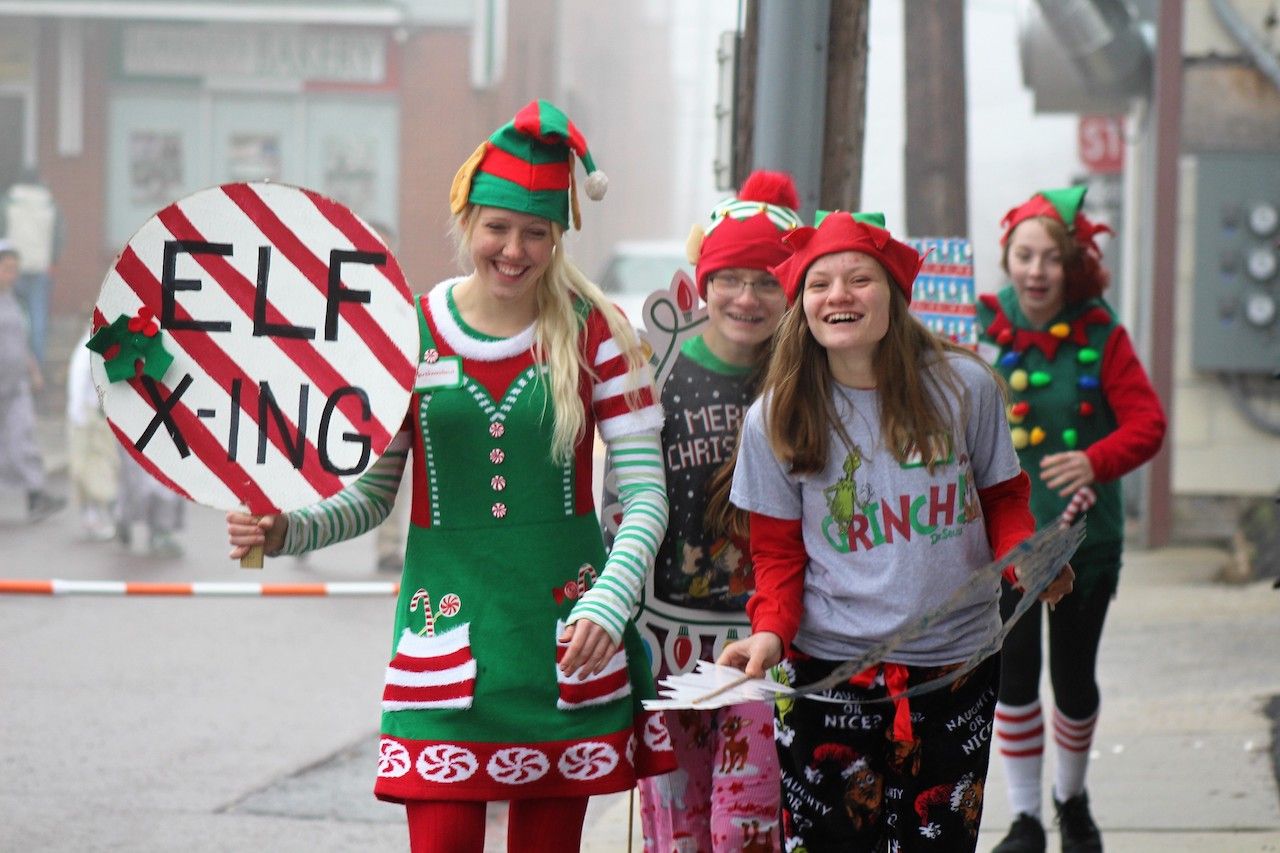 About the closest you’re getting to living in the land of Buddy the Elf is Frostburg, Maryland, where each year the residents turn themselves into elves for the annual Storybook Holiday. It’s likely the largest gathering of people dressed like elves you’ll find who aren’t trying to break a Guinness World Record. The festival fills the brick-lined streets of this quaint home to Frostburg State University, beginning with an elf-hosted breakfast then continuing on with an elf parade, elf Olympics, and a visiting author reading their holiday children’s book aloud for all to enjoy. The day concludes at the art deco Palace Theatre with a sing-along to White Christmas. 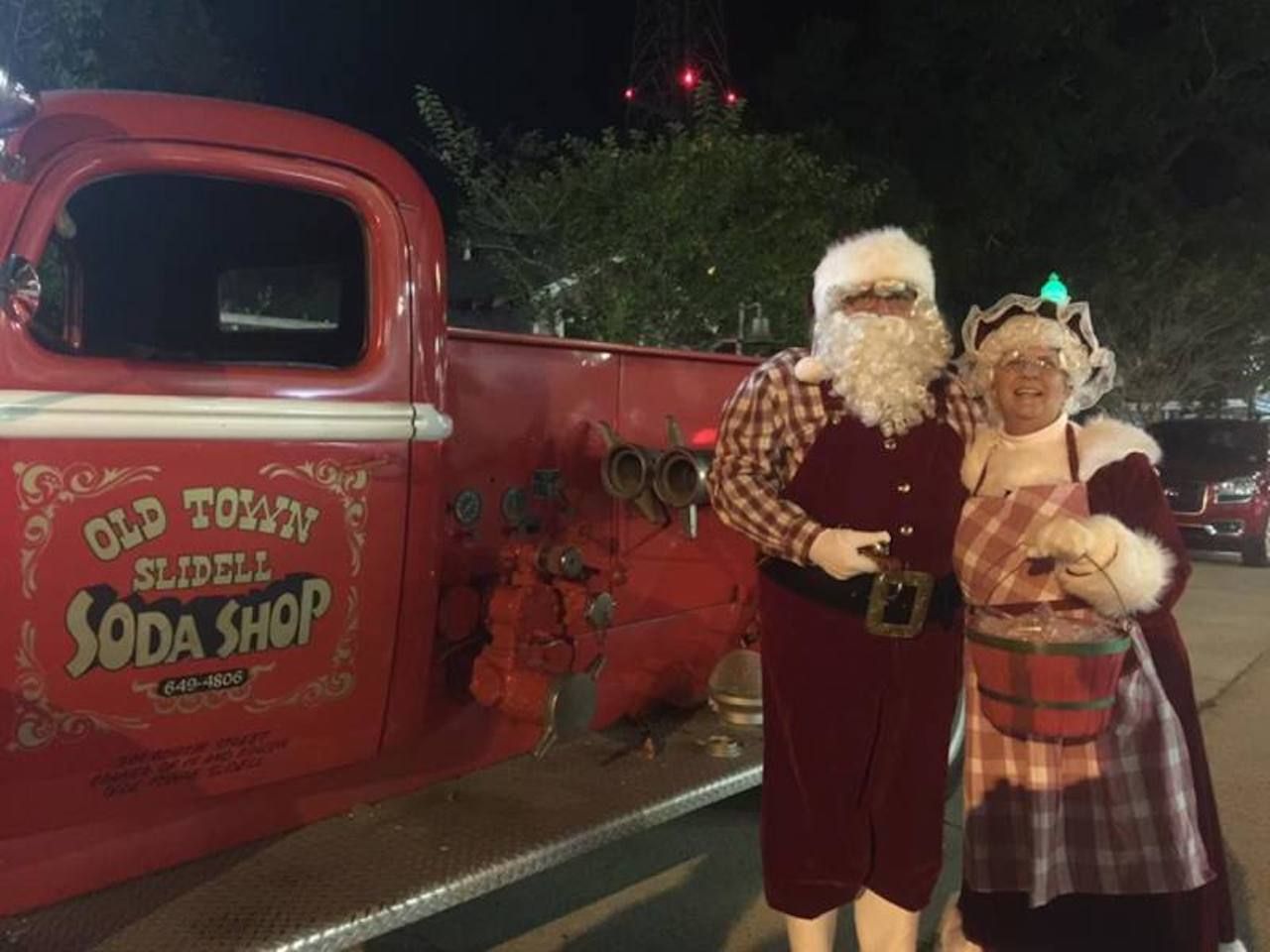 If you’re gonna gorge yourself on holiday food this season, there’s nowhere better to do it than the Louisiana Bayou. That’s the driving force behind Mendeville’s Sips of the Season, where you can wander through 25 shops along the town’s main drag sampling foods, baked goods, drinks, ciders, and other holiday delicacies. Once you’ve woken from that food coma it’s time to stroll Lakeshore Drive, where the 100-year-old Live Oak trees are draped in Christmas lights like electrical Spanish moss. Mandeville makes the most of its location on Lake Pontchartrain too, hosting the annual Winter on the Water where locals deck out their boat decks and float past downtown with Santa bringing up the rear. The parade hits land for the Christmas Past festival later in the month, where Santa and a massive crowd of carolers roam the streets. 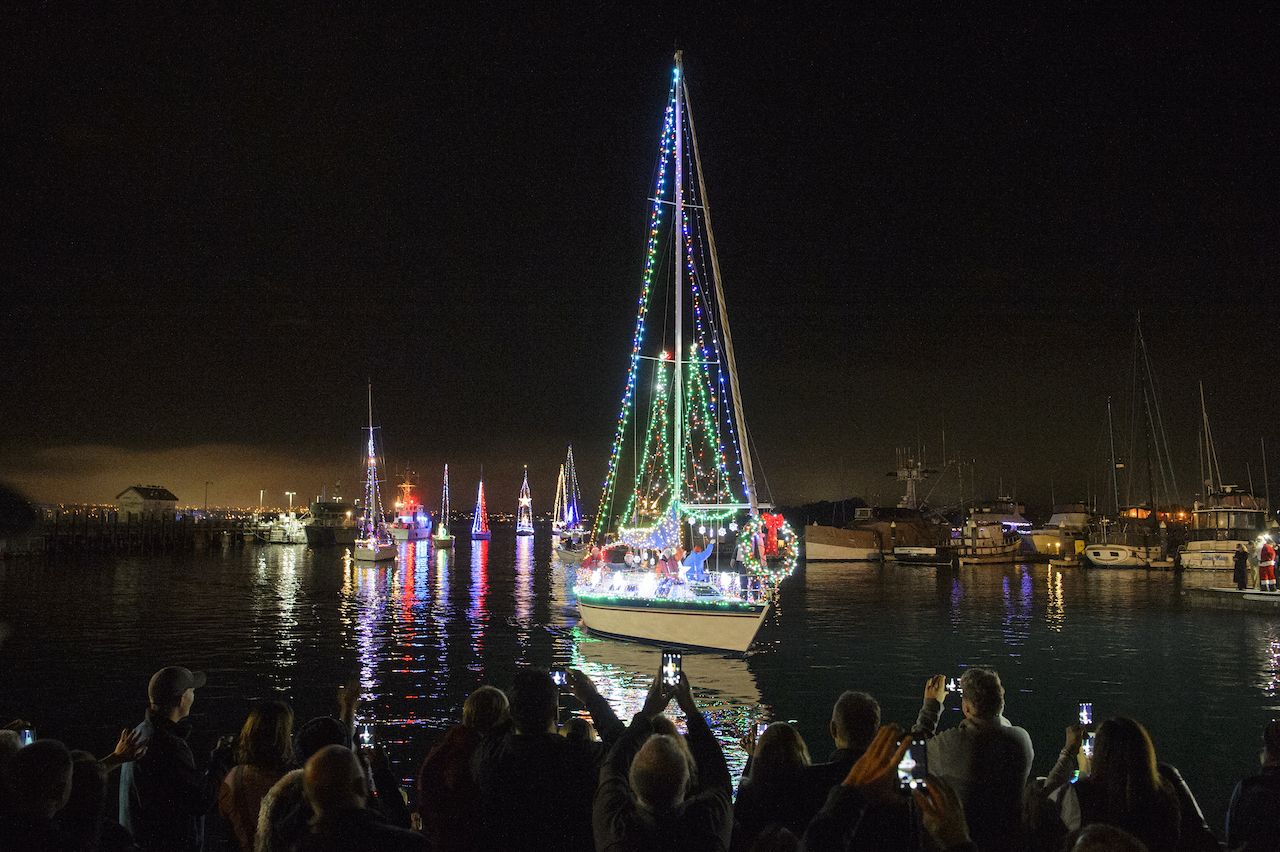 Christmas movie settings don’t have to be limited to red-brick main streets and grand old Victorians. In California, for instance, they can be just as easily set in the adobe homes you’ll find in the tiny seaside village of Monterey. On December 13-14, the city hosts its annual Christmas in the Adobes, when 19th-century Mexican adobe homes are done up in their Christmas finest, giving you a feeling of Christmas on the old California frontier. You can also enjoy Christmas on the water in Monterey when locals light up their boats for the Brighten the Harbor Lighted Boat Parade. The combination of colorful lights and cold air blowing off the Pacific makes this one of the odd places in coastal California that truly feels like winter. 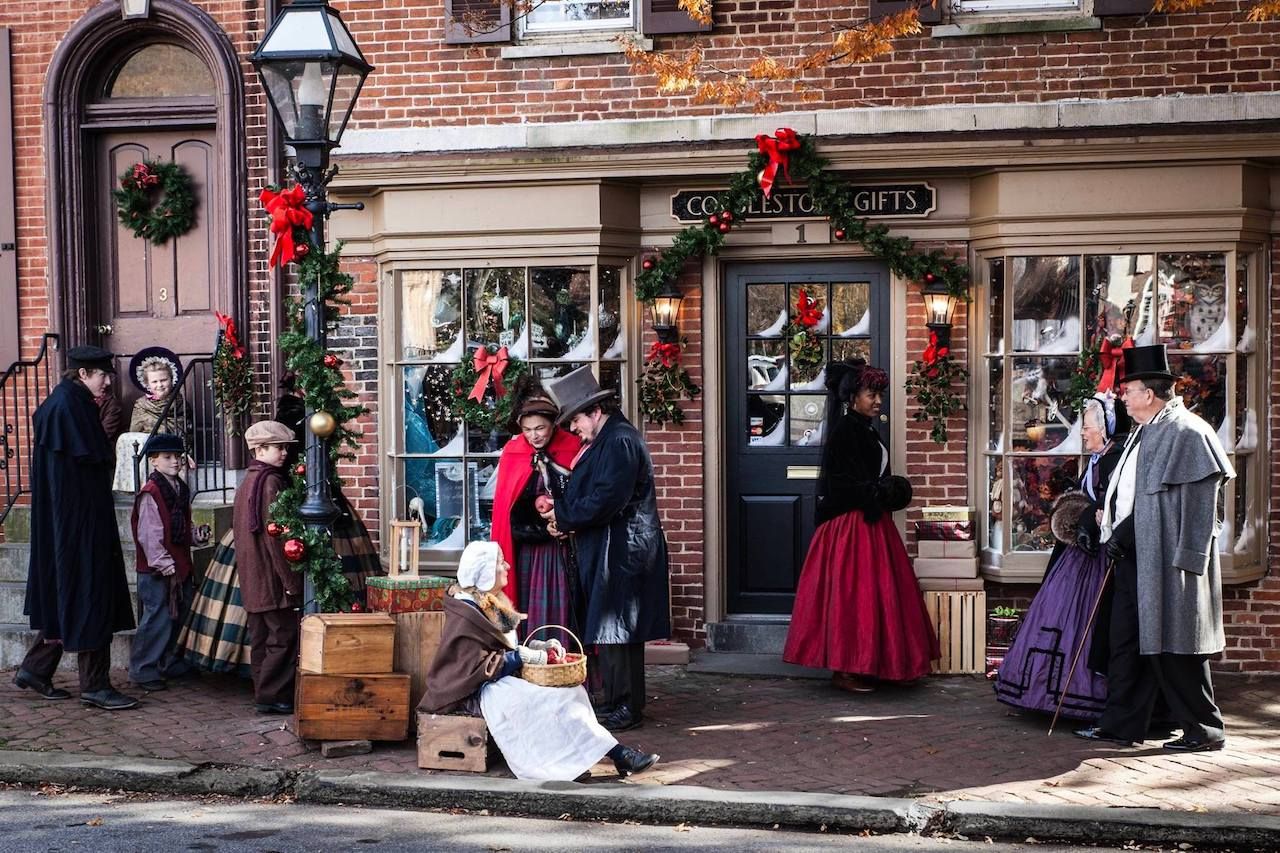 Not that you’d really want to live in 19th-century London, per se, but if you could handle the chamber pots flying out the window, it might be cute to live like A Christmas Carol for a couple of days. Enjoy that era minus the open sewers at New Castle’s annual Dickens Experiences, where you’ll attend a Victorian ball, enjoy high tea, and mingle with costumed characters before a live performance of A Christmas Carol. If colonial America holds more charm for you, jump on New Castle’s Spirit of Christmas tour, where you’ll wander through historic homes and churches dating back over 200 years decorated in Christmas splendor.

FestivalsThe English tradition of wassailing is the perfect excuse to drink cider and sing around a bonfire
Tagged
Festivals Holidays Trip Planning United States
What did you think of this story?
Meh
Good
Awesome

The best Dallas Airbnbs, from a Deep Ellum warehouse to a family ranch

Detroit is putting houses up for sale for just $1,000

8 festive winter rum cocktails from around the world

In Iceland, Christmas is celebrated with a bloodthirsty cat, 13 mischievous Santas, and their evil mother

11 LGBTQ businesses in the US to support this holiday season