This story contains spoilers. If you have not watched “Squid Game”, go do that and then come back.

“Squid Game,” written and produced by Hwang Dong Hyuk, is the South Korean series that everyone and their neighbor is talking about. But while the series has been an immense and unprecedented success, it has also stirred controversy. Many Korean speakers who have watched the series in both Korean and English have been criticizing the translation of the subtitles, going as far as saying that the essence of the series was mostly lost during the process.

not to sound snobby but i’m fluent in korean and i watched squid game with english subtitles and if you don’t understand korean you didn’t really watch the same show. translation was so bad. the dialogue was written so well and zero of it was preserved

To understand the ongoing debate about the translation of the subtitles in “Squid Game”, let’s look at some of the most significant lines of the show in six episodes, how they were translated into English, and what really was lost in translation. 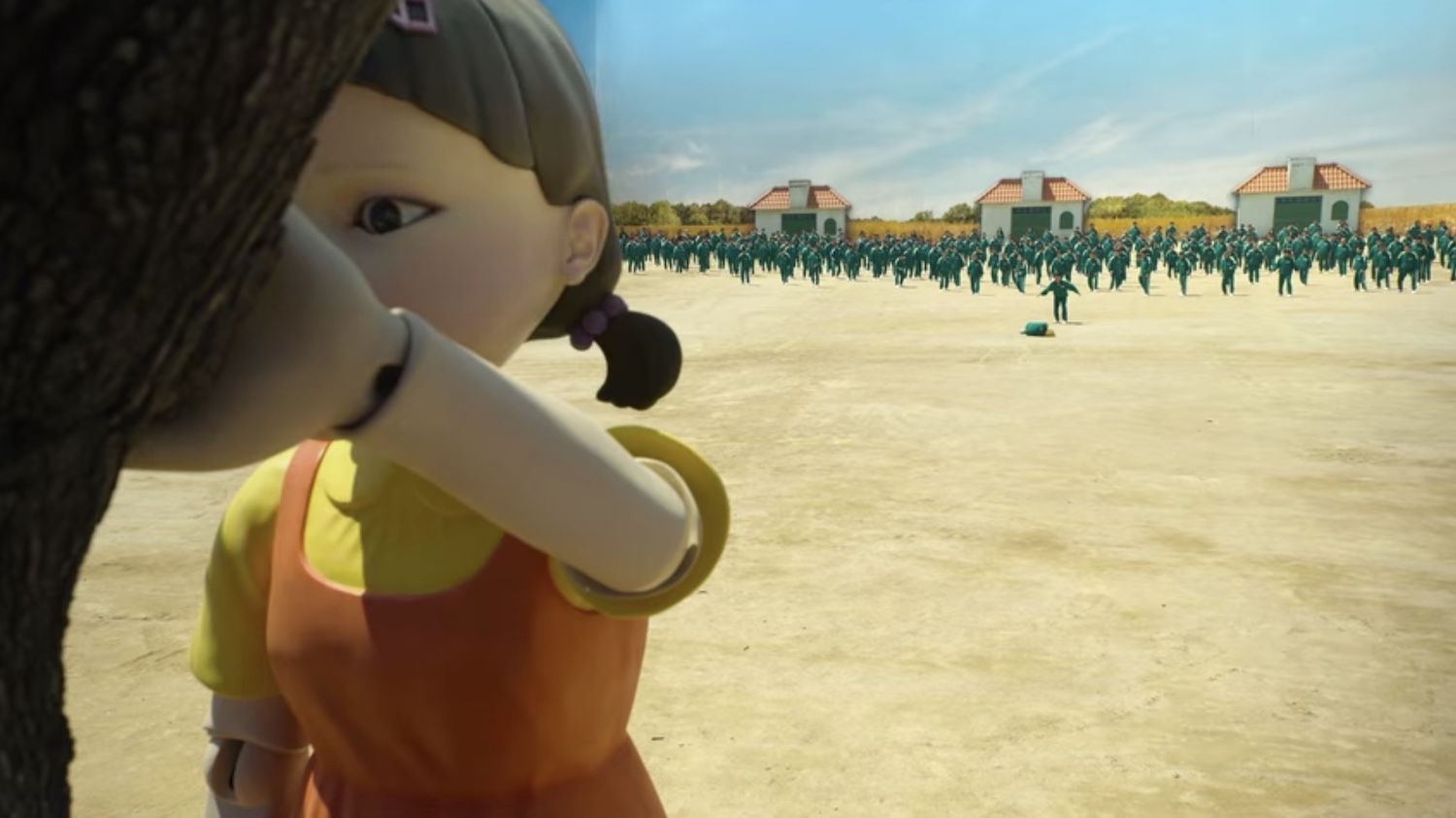 In the first episode of the series, all 456 players are gathered together in one room to take part in their very first game: Red Light, Green Light. Many Korean speakers were confused by the English translation of the event’s name. In Korea, the game played is called “Mugunghwa kkoci pieot seumnida (무궁화 꽃 이 피었 습니다),” the direct translation of which is “The hibiscus flowers have blossomed.”

While the rules are indeed similar to Red Light, Green Light, the South Korean cultural subtleties are definitely lost in the renaming of the game. The hibiscus flower is South Korea’s national flower and its meaning is “eternal blossom that never fades,” which is a very patriotic message for the citizens of South Korea. The flower is recognized for its resiliency and strength.

The cultural element has truly been lost in the English translation of the subtitles, but it was impossible to translate directly and quickly without creating confusion among non-Korean speakers. “Red Light, Green Light” is possibly dry, but it is technically accurate and helps viewers understand the storyline by using a well-known cultural equivalent. 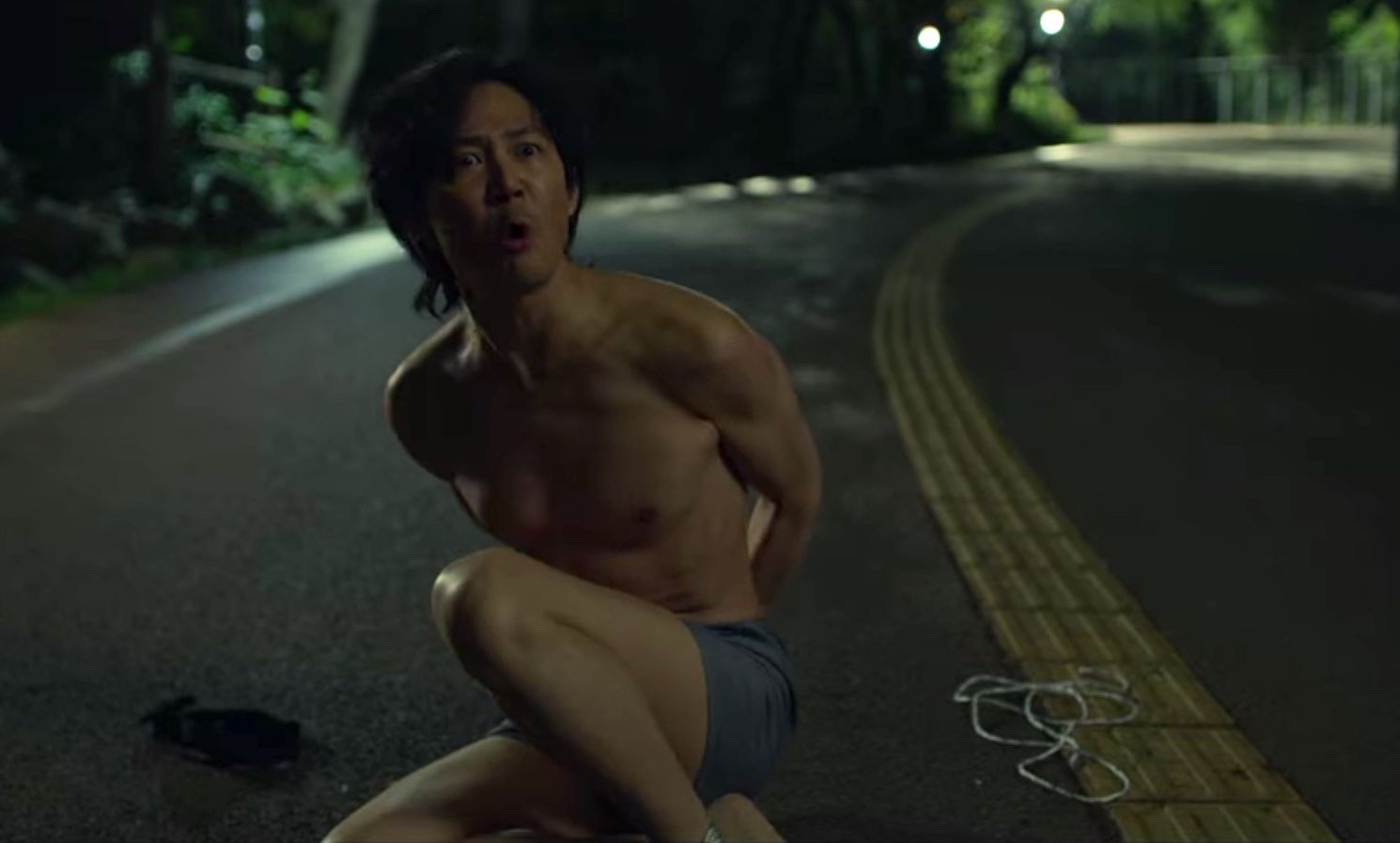 “Now, aren’t you a little old to be this clueless?”

In episode two, Sae Byuk and Gi Hun get dropped off on the side of the road after the majority of people vote to opt out of the Squid Game. Gi Hun unties Sae Byuk and he pleads with her to untie him, but she slowly walks away for fear he might threaten her. While she leaves him behind, he calls after her, demanding that she untie him and reciprocate his helpful gesture. Her response in the subtitles are, “Now, aren’t you a little old to be this clueless?” The more accurate and direct translation would be “At your age, is it that you’re innocent or dumb?” The translation of this particular line is very important to the overall character development of Gi Hun as one of the main reasons why people begin to sympathize with him is because of how naive and dull he is. Her rhetorical question encompassed all of who Gi Hun is. 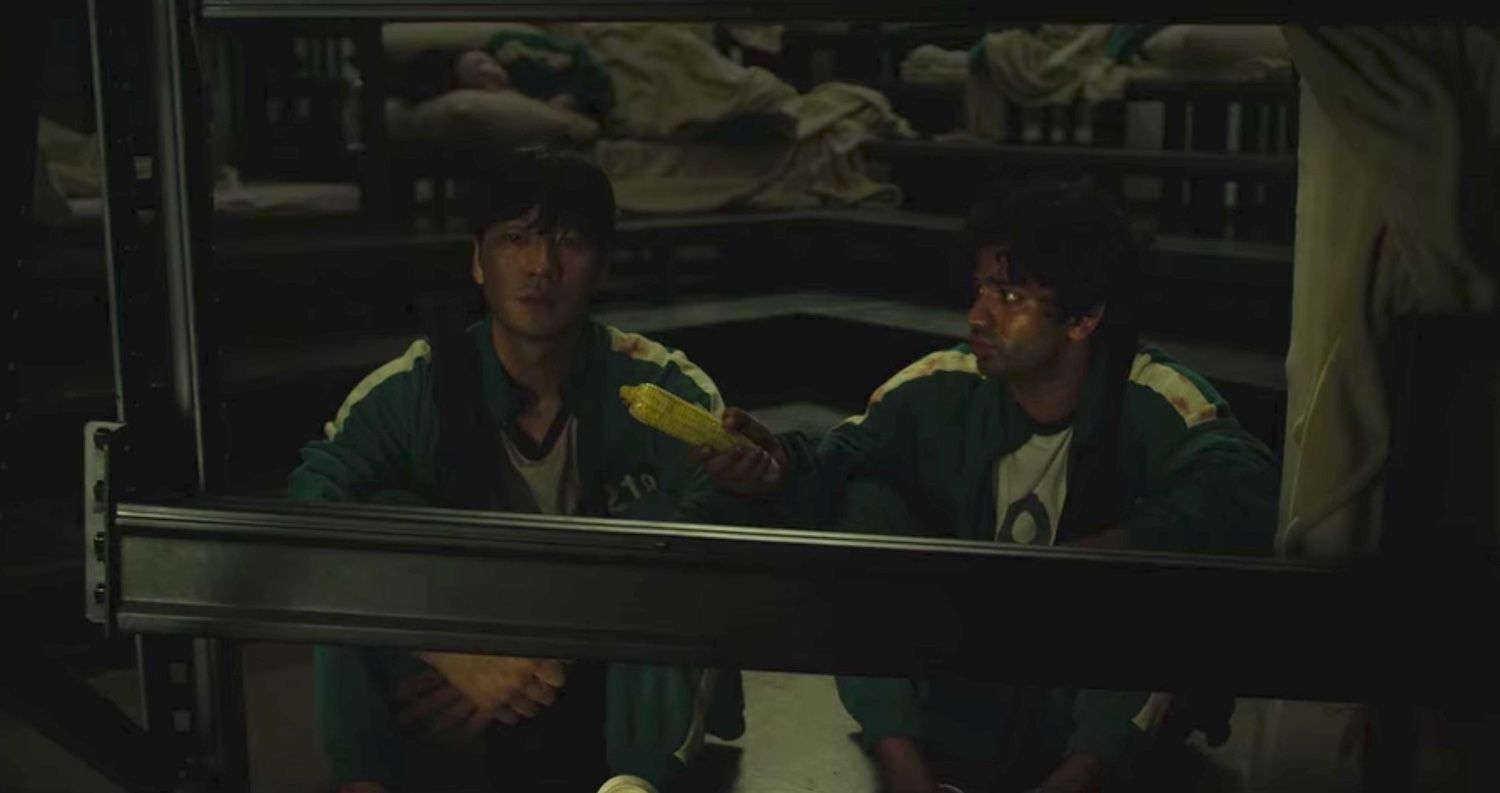 In episode five, Ali and Sang Woo are on night watch, making sure that their team is protected from anyone who may attack them in the middle of the night. While conversing and getting to know each other, Sang Woo asks Ali what his age is. This is a significant moment because up until this point, Ali had been referring to Sang Woo as “sa-jang-nim,” which is a formal and respectful way of saying “boss.” At this moment when he asks for Ali’s age, Sang Woo seems to break down his walls as he encourages Ali, “to call him hyung.” The English translation in the subtitles only mentions his first name, but “hyung” is a term that is used for younger males to address older males. It is a term of endearment and often used if the two males are close. It is also a term used between brothers. The effect in this particular moment is that Sang Woo is showing affection towards Ali and their bond is deepening; this is significant as it shows that Sang Woo isn’t all that evil. 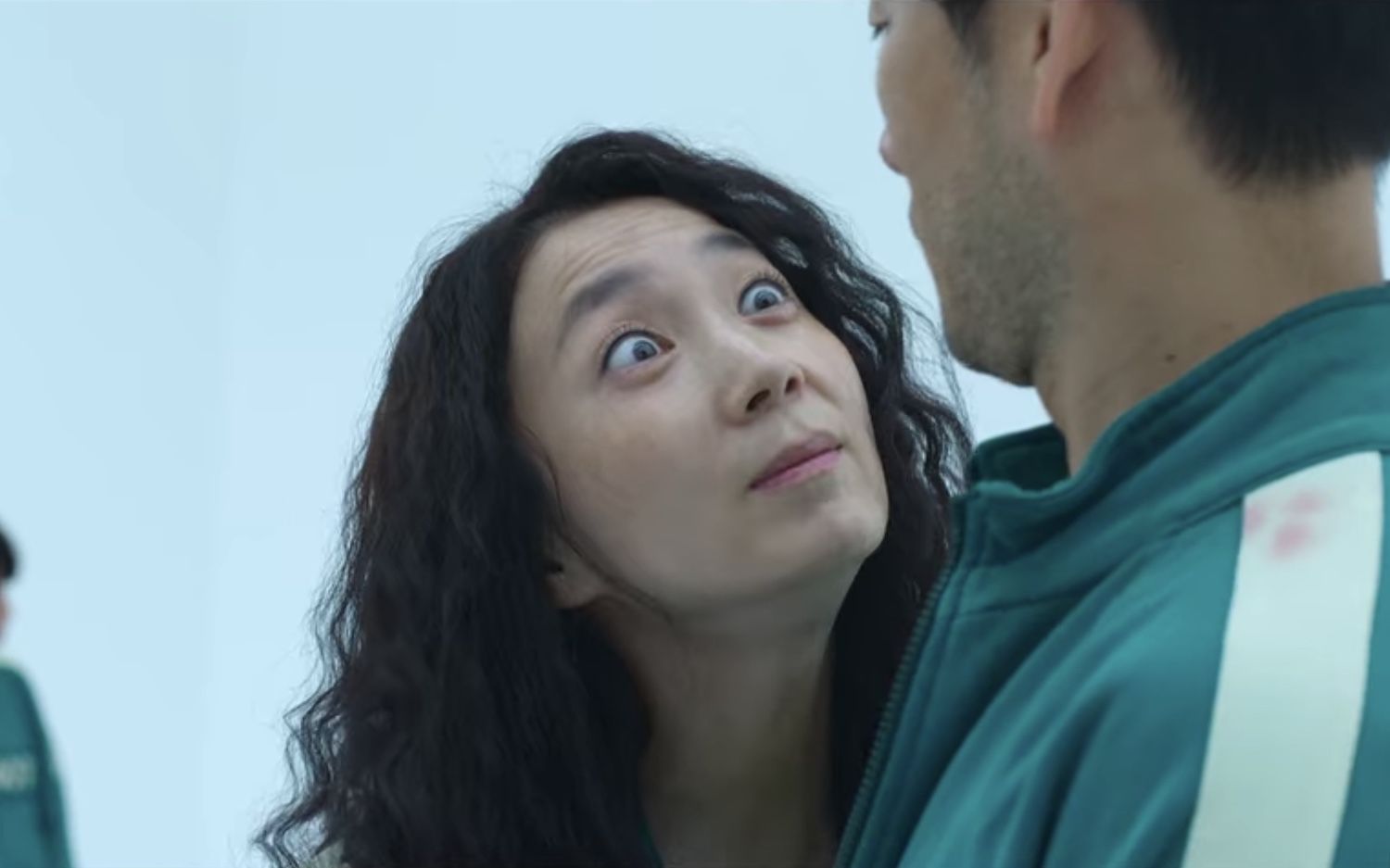 In the epic tug-of-war episode, Mi Nyeo is desperate to find a partner for the upcoming game. She goes to Gi Hun and brags about how smart and strong she is: “I’m not a genius, but I still got it work out.” The translation is not only grammatically incorrect but it also does not convey a defining element of her character. What she says in Korean is, “I didn’t study, but my brain is no joke,” implying that she is very smart, but never got the chance to study. The implications of this is far deeper than her just not being smart — she was not given the same opportunities as other people because of her social status.

In the following line, she approaches Sang Woo and says, “Hey, let me play with you. Then I’ll be your dream girl all night. I’ll do anything you tell me. I’m not a regular girl.” The message is right, but the translated lines make her seem much more upfront than she actually is. She instead is saying something more along the lines of, “If you partner up with me for this game, I’ll do anything you ask. If you knew the things I would do in return, you’d be surprised.” There is no mention of her being a “dream girl all night,” which makes her character appear much more explicit and direct than she actually is. 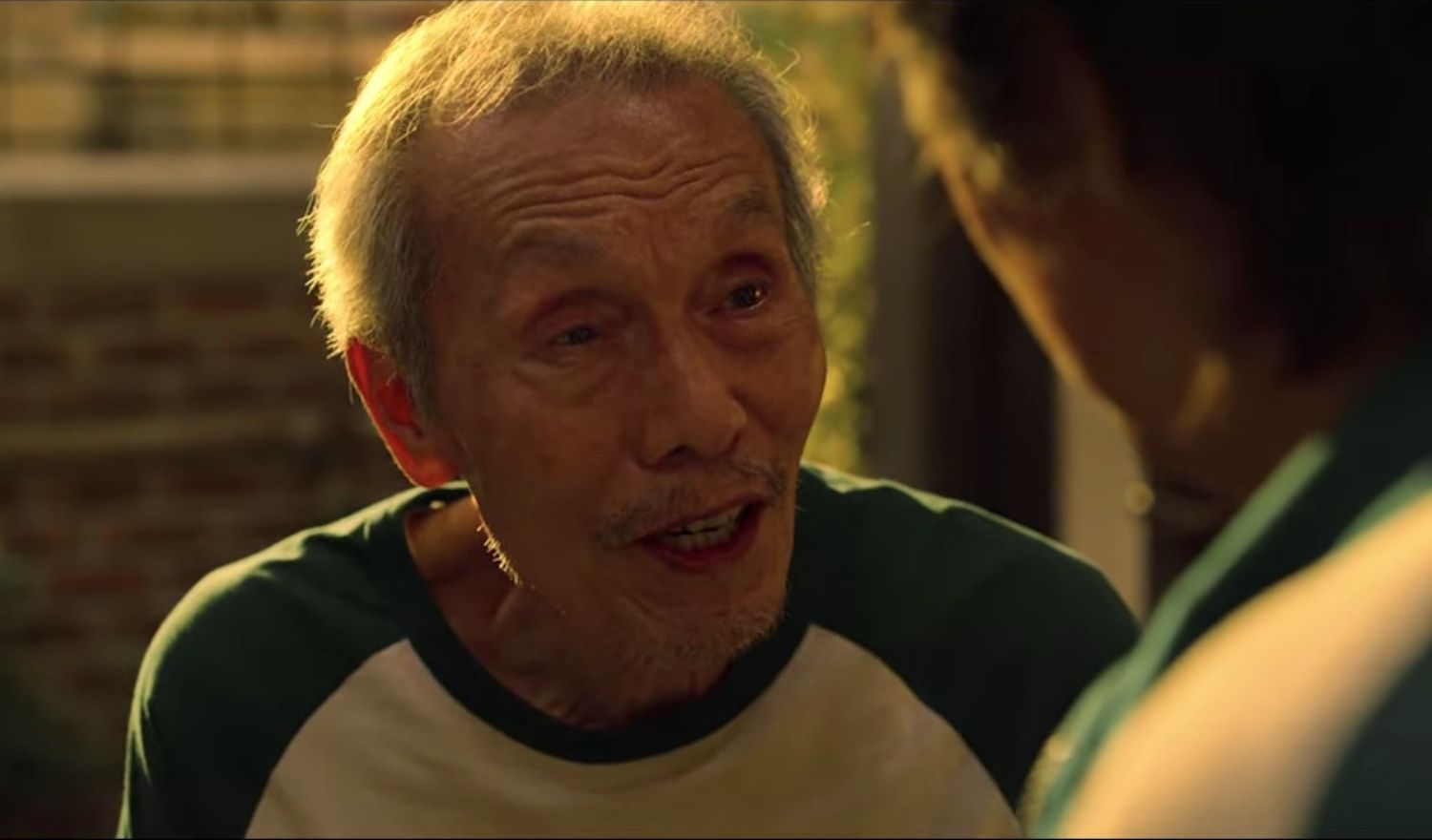 “Gganbu always share everything with each other no matter what.”

Another scene whose translation is being negatively criticized for its translation is when Gi Hun and Sang Woo take part in a game of marbles. When the two are playing, the old man reveals that he has known all along that Gi-Hun has been taking advantage of his memory loss. The old man suggests a final round of marbles, putting all the marbles on the line. According to the subtitles, he says, “Gganbu always share everything with each other no matter what.” The word “gganbu” in the series was translated by the older man; he said gganbu is, “The neighborhood friend you share marbles, ddakji, and everything with. Mine, yours doesn’t matter.” Gganbu can be referred to as being of the same team, being close comrades. The direct translation from Korean would be, “Between Gganbu, there is no yours or mine,” which is a more emotionally charged line.

The next lines, when the old man is effectively saying his goodbyes are also far more emotional in Korean. In the English translation of the subtitles, the old man says, “Thank you. You made all this… a good experience. What a great way to go.” Whereas in Korean, he says, “Thanks for the good times. Thanks to you, I had fun before I went.” As shown, the subtitles do not evoke quite the amount of emotion as is portrayed in Korean, but the music and acting were enough to send the message to the viewers. 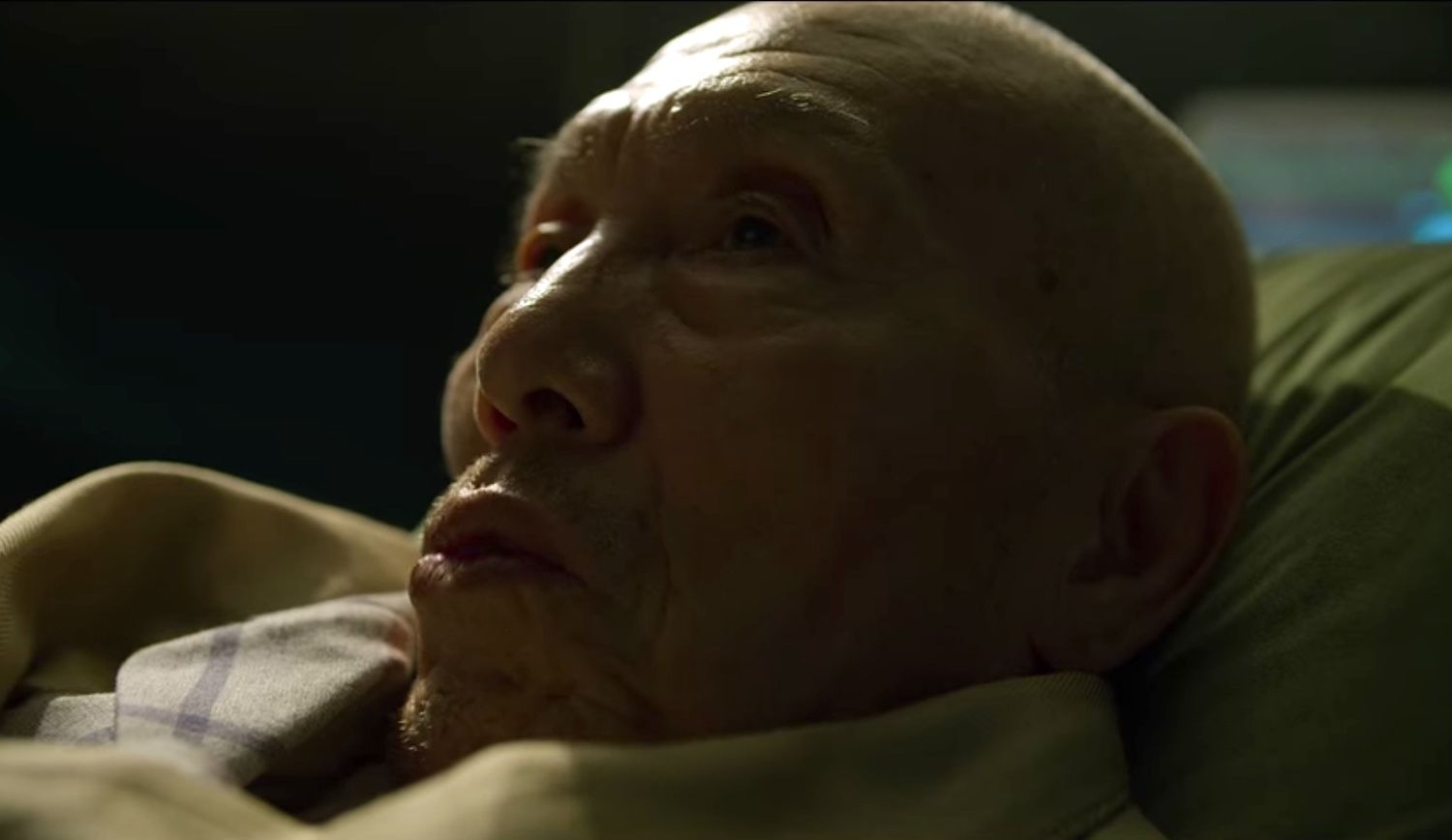 “You give money to people for a living… and you get rich doing it?

In the final episode of the series, Gi Hun gets another Squid Game card, calling him to a building. Gi Hun shows up and is shocked to discover Oh Il Nam lying in bed, looking frail. Gi Hun wants to kill him, but Oh Il Nam explains that if he wants answers, he would have to let him live. One of the important questions that Gi Hun asks is translated as, “You give money to people for a living… and you get rich doing it?” This subtitle is confusing and misleading as it does not coherently flow with the actor’s previous conversation. The more fitting translation is, “How easily do you make money… that you can do something like this?” To which Il Nam replies, “Money. You know what making money is like. It’s not a simple thing to do.” This implies that Il Nam has had to work hard to earn the money he has, unlike what Gi Hun thinks.

Despite these lines and minor nuances that get lost in the translation of the subtitles, the series is still extremely effective in portraying the theme and overall message of the series — in particular the depiction of class inequality in South Korea. As a Korean and English speaker and expert in Korean pop culture, I would argue that the atmosphere of the show is accurately maintained. It would have been impossible, and unnecessary to translate every cultural subtlety in the subtitles, but what matters is that the exact vision of the creator is kept intact so that the entire world can enjoy this great series.

DessertHow To Play the ‘Squid Game’ Dalgona Candy Challenge Without Leaving Your House
Tagged
Languages TV South Korea
What did you think of this story?
Meh
Good
Awesome