You’ve heard of art and jewel thieves, but it’s 2020 now and apparently thieves are diversifying their interests. On Sunday, February 9, 2020, at around 7:00 AM, two thieves stole two rare bonsai trees from the Pacific Bonsai Museum in Washington. The trees are over 70 years old and worth thousands of dollars, but museum staff were most concerned for their well-being, as the trees would be in danger of dying without proper daily care.

Luckily, after the museum shared security footage of the two thieves, and put out a call for information, the trees turned up largely unscathed on Tuesday night. At around 11:00 PM security guards saw the trees sitting on a road leading up to the museum, and although one had suffered a few broken branches, both were generally in good condition. 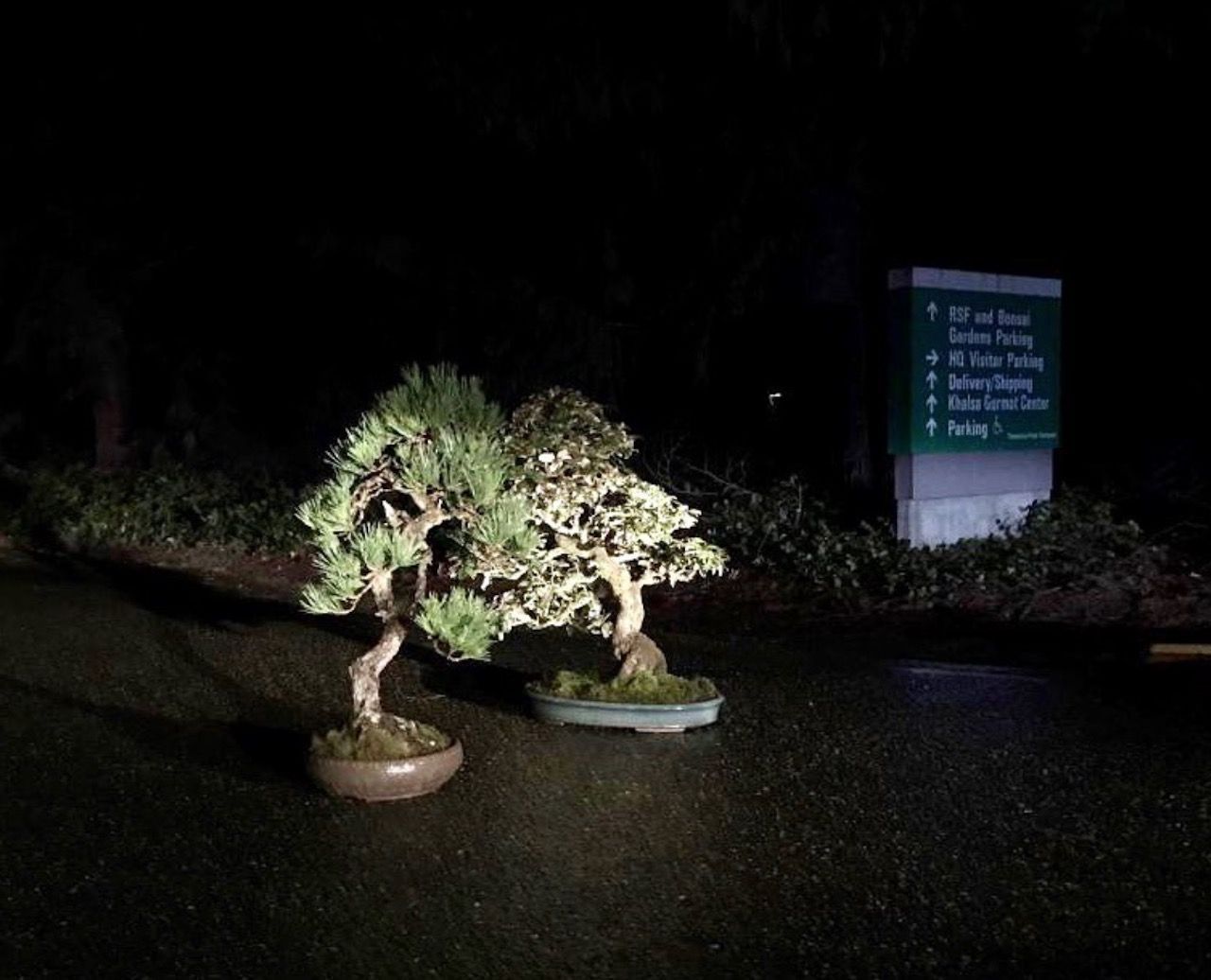 One of the trees, a Japanese black pine, was grown from seeds in a tin can by Juzaburo Furuzawa, a Japanese American, while in an internment camp during World War II. The other tree, a silverberry, was cultivated by female bonsai artist Kiyoko Hatanaka in 1946.

“Bonsai’s predominantly been a male activity,” said Aarin Packard, the museum’s curator, to NPR. “At least in Japanese culture where ikebana, the Japanese art of flower arranging, was sort of what the women would practice. And so for a woman to be doing bonsai in the late ‘40s or mid-‘40s is also rare.”

Both bonsai trees were returned to their displays on Wednesday, February 12.

Parks + WildernessThe 7 coolest tree tunnels around the world
Tagged
News Museums
What did you think of this story?
Meh
Good
Awesome

American Airlines tells Olivia Culpo to ‘put a blouse on’ before boarding her flight to Cabo
Diplo took to TikTok to expose what Tulum is really like these days
These are 2022’s most beautiful luxury hotels, according to Instagram
Every type of mask you’re allowed to wear while flying
Turkmenistan’s infamous ‘Gates of Hell’ may finally close