When news of a possible super bloom in Southern California was announced earlier this year, some towns, such as Borrego Springs near Anza-Borrego Desert State Park, geared up for mayhem. During the last super bloom in 2017, the town was overwhelmed by an estimated 500,000 flower-peepers, so this year it ordered dozens of portable toilets and dumpsters and took measures to reduce traffic buildup and parking issues.

The town of Lake Elsinore, California, however, was not as prepared for the invasion. Tens of thousands of visitors came to the Walker Canyon last weekend to witness the super bloom of orange poppies off Interstate 15, straying off the trails and trampling on the flowers. Officials were forced to briefly shut down entrance to the canyon on Sunday night.

The huge influx of visitors has caused a public safety crisis. Residents are now dealing with bumper-to-bumper traffic on their regular commutes, as the small city is experiencing crowds comparable to major sporting events.

“Our small City can not sustain crowds of this magnitude,” said the city in a Facebook post. “Our City is not made for Disneyland size crowds.” 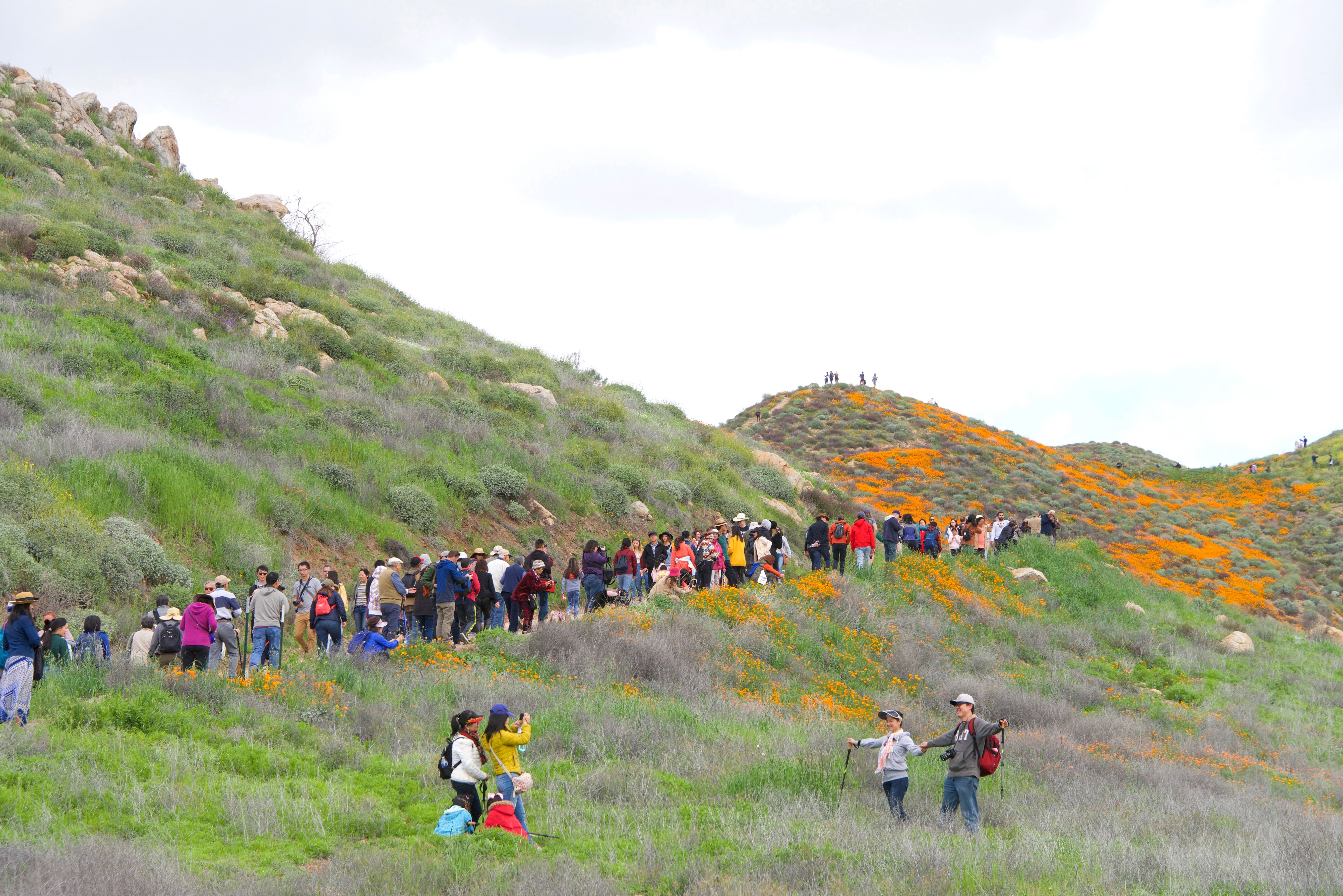 Indeed, it certainly reads like a letter written amid a disaster. The city’s mayor echoed this call for assistance. We’re short-handed,” wrote mayor Steve Manos, “One of our employees was hit and run by a driver. A rattlesnake bit a visitor. Residents have been screaming at the people directing traffic.”

The poppies are supposed to remain in bloom through next weekend, so Lake Elsinore might have to deal with another poppy nightmare very soon.

Parks + WildernessThe 11 most stunning flower fields in the US
Tagged
News
What did you think of this story?
Meh
Good
Awesome