Los Angeles is big. It’s home to more neighborhoods than officials can keep track of and covers nearly 500 square miles. It has too many restaurants and hotels to count, and too many excellent entertainment opportunities to choose from on any given day. While the immense range of choices is thrilling, it can also be the demise of the overachieving visitor. This first-timer’s guide to the best things to do in Los Angeles will help you plan a feasible visit that checks all the boxes, including shopping, beaches, shows, and food.

How do I get to Los Angeles?

Los Angeles International Airport, or LAX, is the primary gateway to the city. Although the airport’s infrastructure is dated and the traffic around the airport can be off-putting, it’s generally your best bet for affordable flights and proximity to LA’s west side and neighborhoods to the south. For areas to the east and the San Fernando Valley, the Hollywood Burbank Airport is more convenient. In addition, the airfield’s two compact terminals make flying in and out super easy.

How do I get around Los Angeles?

All of the rumors about LA traffic being a beast are true. Nevertheless, a car is essential as the top sites are scattered across the city. You’ll want to rent a car for ultimate convenience, but rideshare companies like Uber or Lyft work as an alternative. LA’s public transportation is improving, but its efficiency depends on your location. For example, the Metro’s Expo Line is only convenient for stops between Downtown LA and Santa Monica, a mere 15-mile trip. The city has some relatively pedestrian and bike-friendly neighborhoods, including the beach communities between Santa Monica and Playa del Rey. So, if you’re staying local, check apps like Lime and Bird for e-Bike and scooter sharing.

The best things to do in Los Angeles 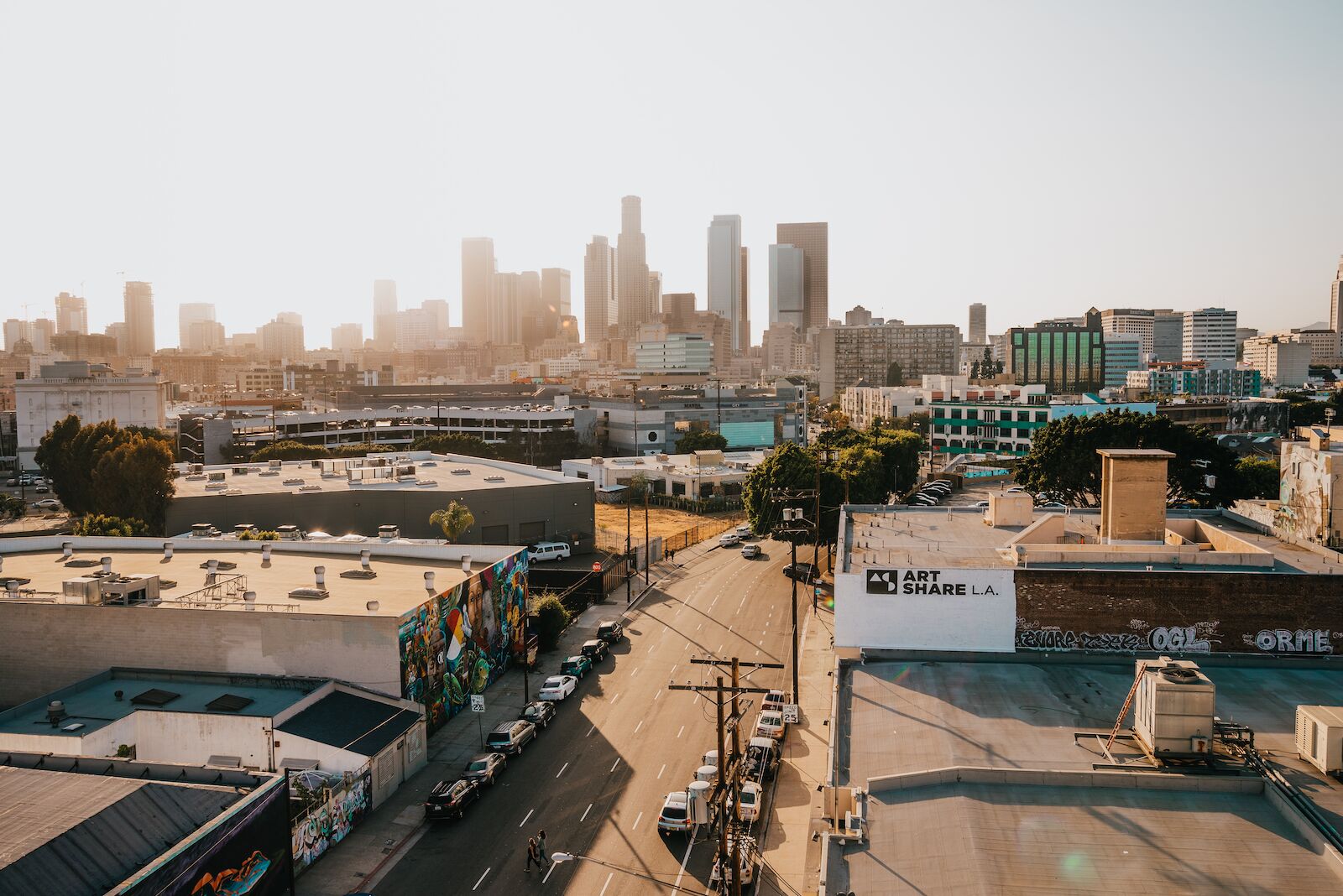 From its roots as an underground artist refuge in the 1970s to the thriving creative neighborhood it is today, the Downtown Arts District is an unmissable destination in Los Angeles. Head to Art Share LA, a live/work and gallery space for emerging artists in a converted warehouse with an ever-changing slate of exhibits and performances. Thanks to a partnership with nearby Angel City Brewery, you can pair craft beer with Art Share LA’s themed exhibitions at the brewery’s Public House.

Just north of LAX, the small beach community of Playa Del Rey has a gorgeous wide sandy beach easily accessed from the 22-mile Marvin Braude Bike Trail. This stretch of shoreline is virtually crowd-free due to limited public parking lots. Instead, opt for free street parking in the surrounding residential neighborhood, then stop at nearby Playa Provisions for a picnic lunch on your way down to the sand.

Watch a movie at the Hollywood Forever Cemetery 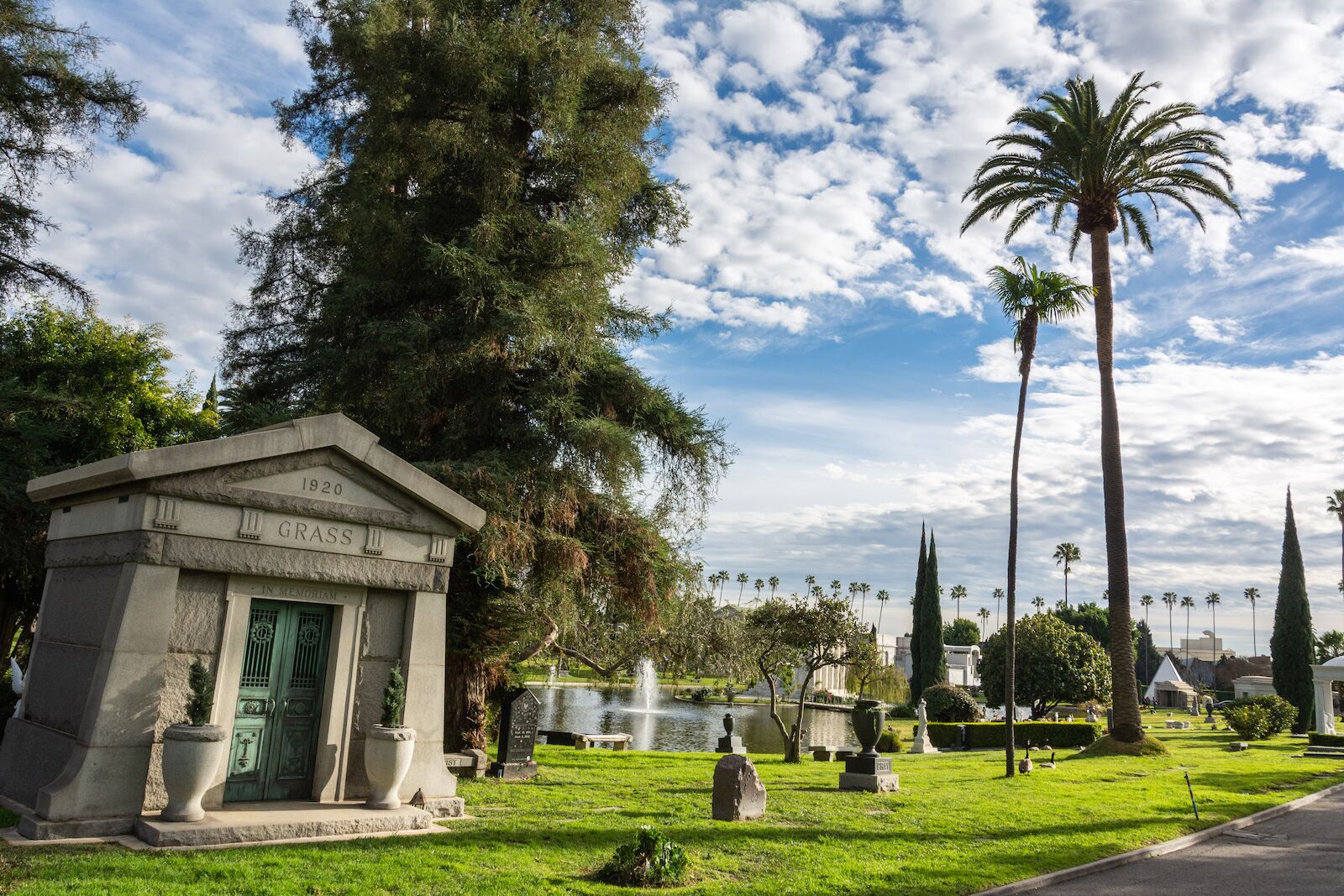 The final resting place of Hollywood icons Judy Garland and Mickey Rooney may seem like an odd choice for a fun night out. Still, the Hollywood Forever cemetery attracts crowds each week between May and October for screenings of classic films projected onto a mausoleum once the sun goes down. Moviegoers bring blankets, chairs, and picnic spreads to the expansive Fairbanks Lawn for an unforgettable entertainment experience. Hollywood Forever also hosts the country’s largest Dia de Los Muertos – Day of the Dead festival each November, complete with a ritual procession, music, art, and food.

Catch a show at the Hollywood Bowl 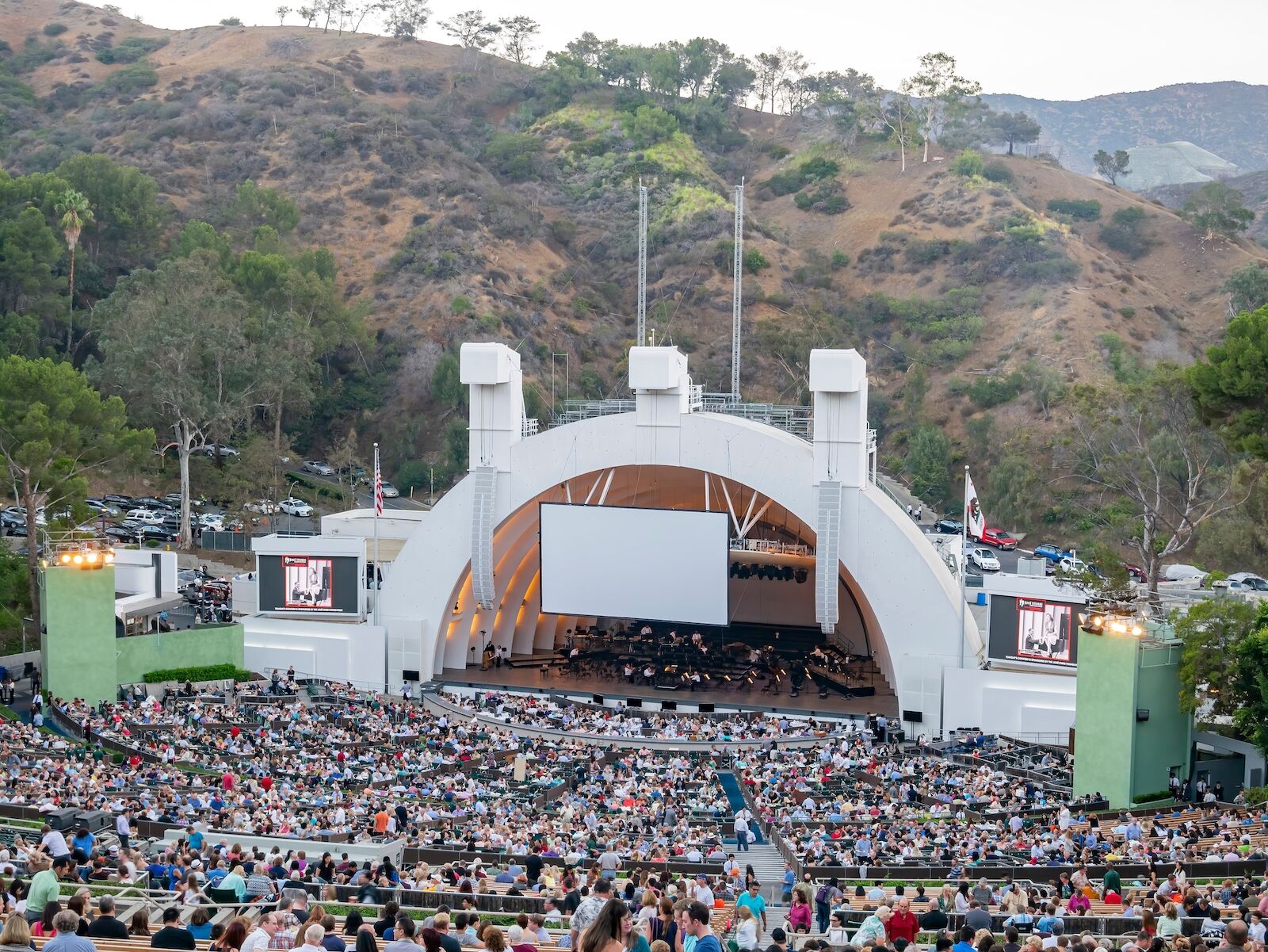 The stage at the Hollywood Bowl, the famed outdoor music venue tucked into a canyon in its namesake neighborhood, has been graced by everyone from the Beatles to JayZ throughout its 100-year history. But it doesn’t matter who is performing because attending any show at the Hollywood Bowl is an experience. You can pack your own food or pre-order a gourmet meal from award-winning chef Suzanne Goin’s menu to enjoy in your box seats. If a picnic is more your style, the on-site marketplaces have plenty of take-out options for every taste, along with premium beer and wine.

Beyond the famed Rodeo Drive, the city’s neighborhoods are peppered with impressive shopping streets.

A 30 minute drive east of Venice, in LA’s Fairfax neighborhood, you’ll find La Brea Avenue, the place to go for vintage finds. Start at Jet Rag, a Los Angeles institution known for its $1 Sunday sales. Then head to Recess to source consigned vintage and contemporary Haute Couture treasures from designers like Givenchy and Christian Dior.

Where to eat and drink in Los Angeles 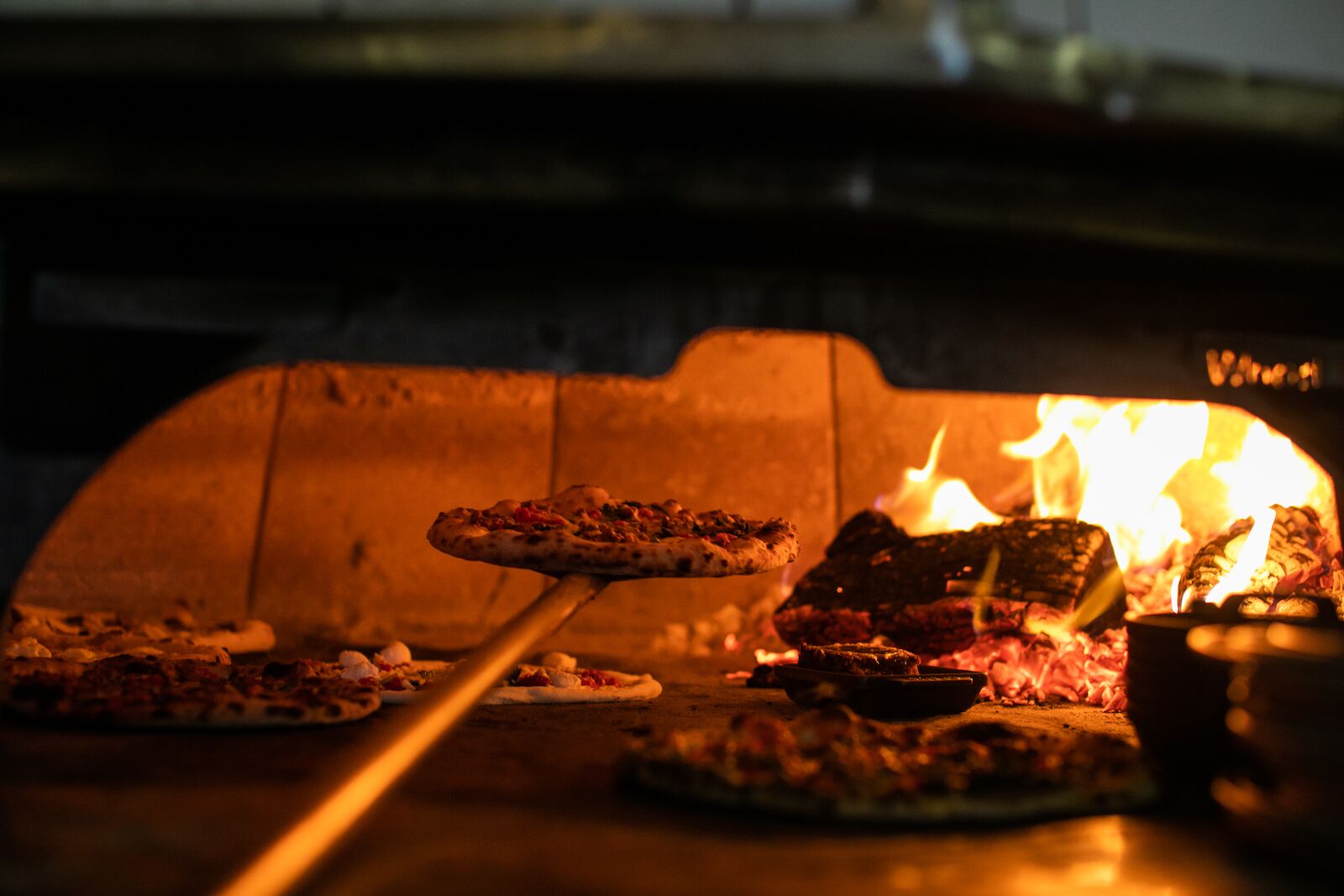 As soon as Gjelina opened its doors on Venice’s Abbot Kinney Boulevard in 2008, it attracted a fan base, and not much has changed since then. The stark concrete walls and brick floor contrast sharply with the large communal table and airy bar. Try the pizza with guanciale, Castelvetrano olives, and Fresno chilis or the tender beef tartare on sourdough. You cannot leave without tasting the butterscotch pot de crème topped with salted caramel and crème fraîche.

Angelinos love their sushi and will fiercely defend their favorite places. Still, Chiba, a family-run restaurant in an unassuming single-story building in North Hollywood, is the one to beat. Go for the Omakase or chefs’ choice. They won’t steer you wrong. For those with a more conservative sushi palate, the crunchy spicy tuna hand roll is perfect. 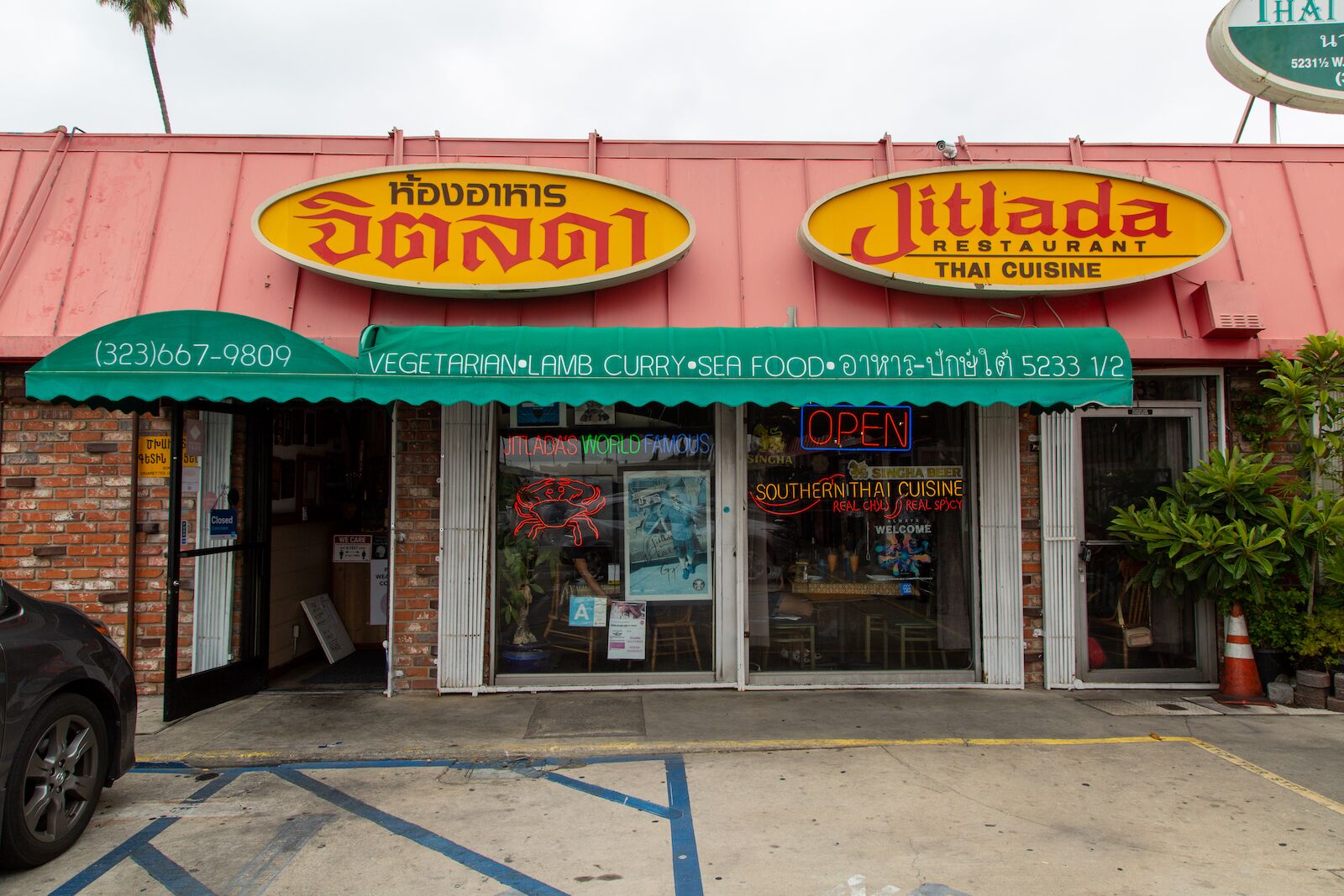 Don’t let the East Hollywood mini-mall location fool you. Jitlada has the best southern Thai cuisine in Los Angeles. The focus here is on spice and lots of it. So be sure to specify your heat preference when ordering! The restaurant sells its famed red and green sauces so the brave can take a bit of Jitlada home.

What started as a backyard endeavor with a devoted underground following quickly became a mainstream BBQ sensation for pitmaster Burt Bakman. Slab, on West Third Street, is celebrated for Bakman’s expertly smoked meats. Stop in for a rack of spareribs or the ever-popular brisket.

Mole is the main attraction at Guelaguetza, a gem of a Mexican restaurant serving Oaxacan fare in LA’s Koreatown. Go with a large group to sample a platter of Oaxacan favorites like carnitas and chorizo plus essential sides, including beans, grilled onions, cactus, and thick handmade tortillas. 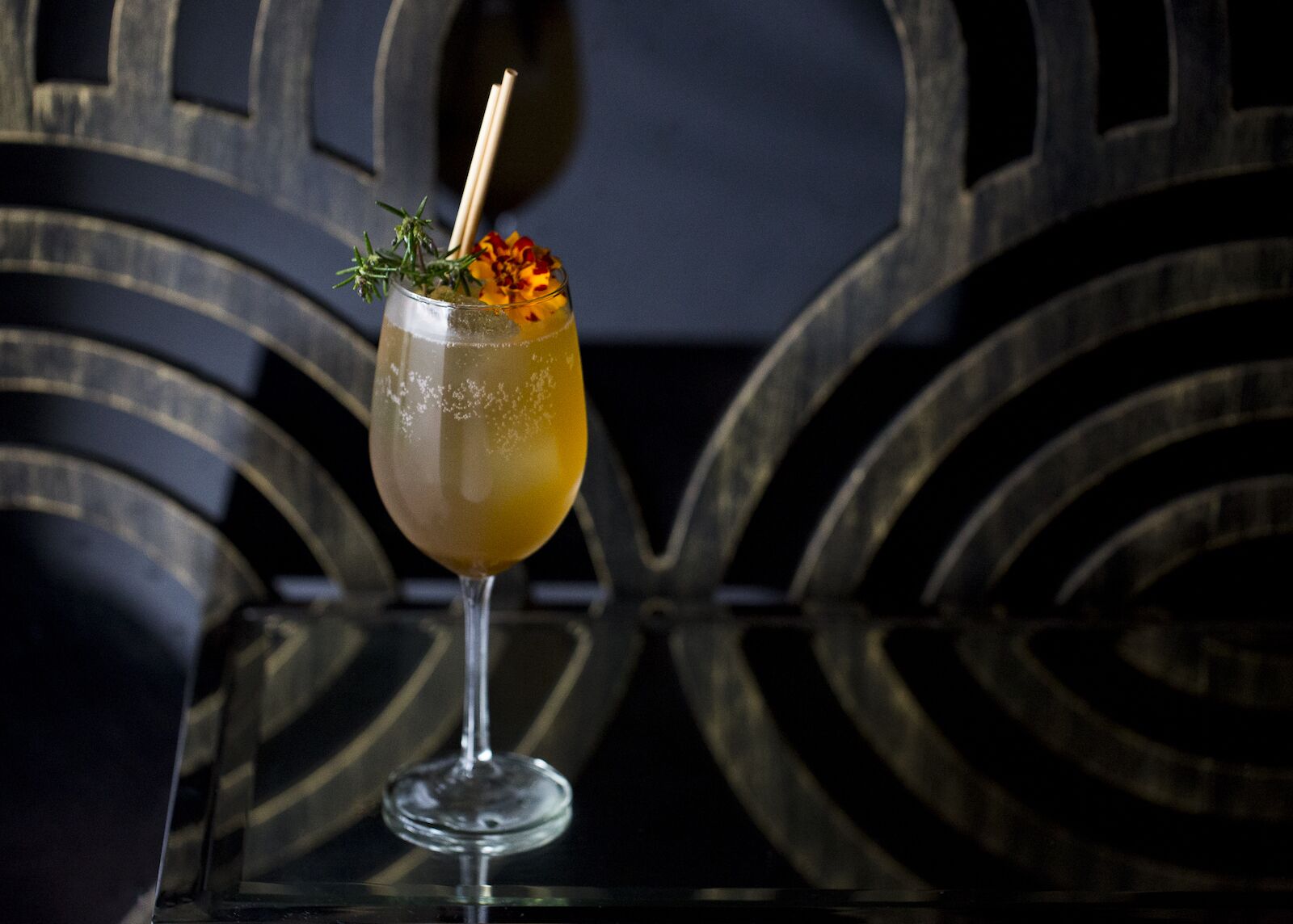 You’ll feel like you’re stepping back into the 1920s at Genever, an intimate lounge in historic Filipinotown adorned with ornate chandeliers and gilded mirrors. Order one of its inventive cocktails, like Heaven Or Las Vegas, an elixir of St. George Spiced Pear, Åhus Akvavit, D’Anjou balsamic vinegar, Picon, and soda. 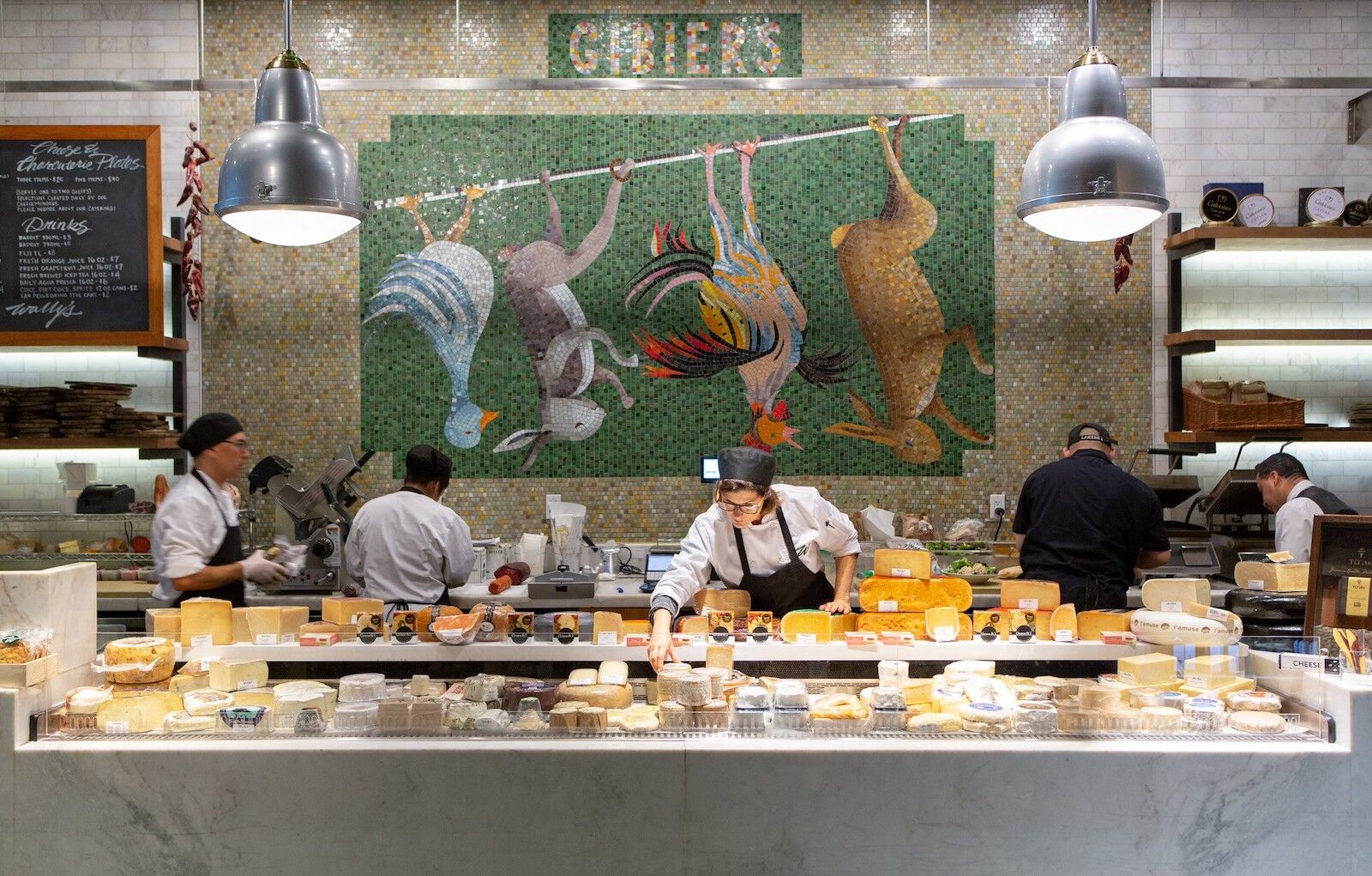 Wine connoisseurs should head to Wally’s Beverly Hills, a wine shop, bar, and restaurant all in one space. Wally’s expert sommeliers can recommend a wine for every palate. Enjoy a glass or two at the bar with a charcuterie board, or take a few bottles to go from their extensive retail selection.

Where to stay in Los Angeles

We hope you love the hotels we recommend! Just so you know, Matador may collect a small commission from the links on this page if you decide to book a stay. 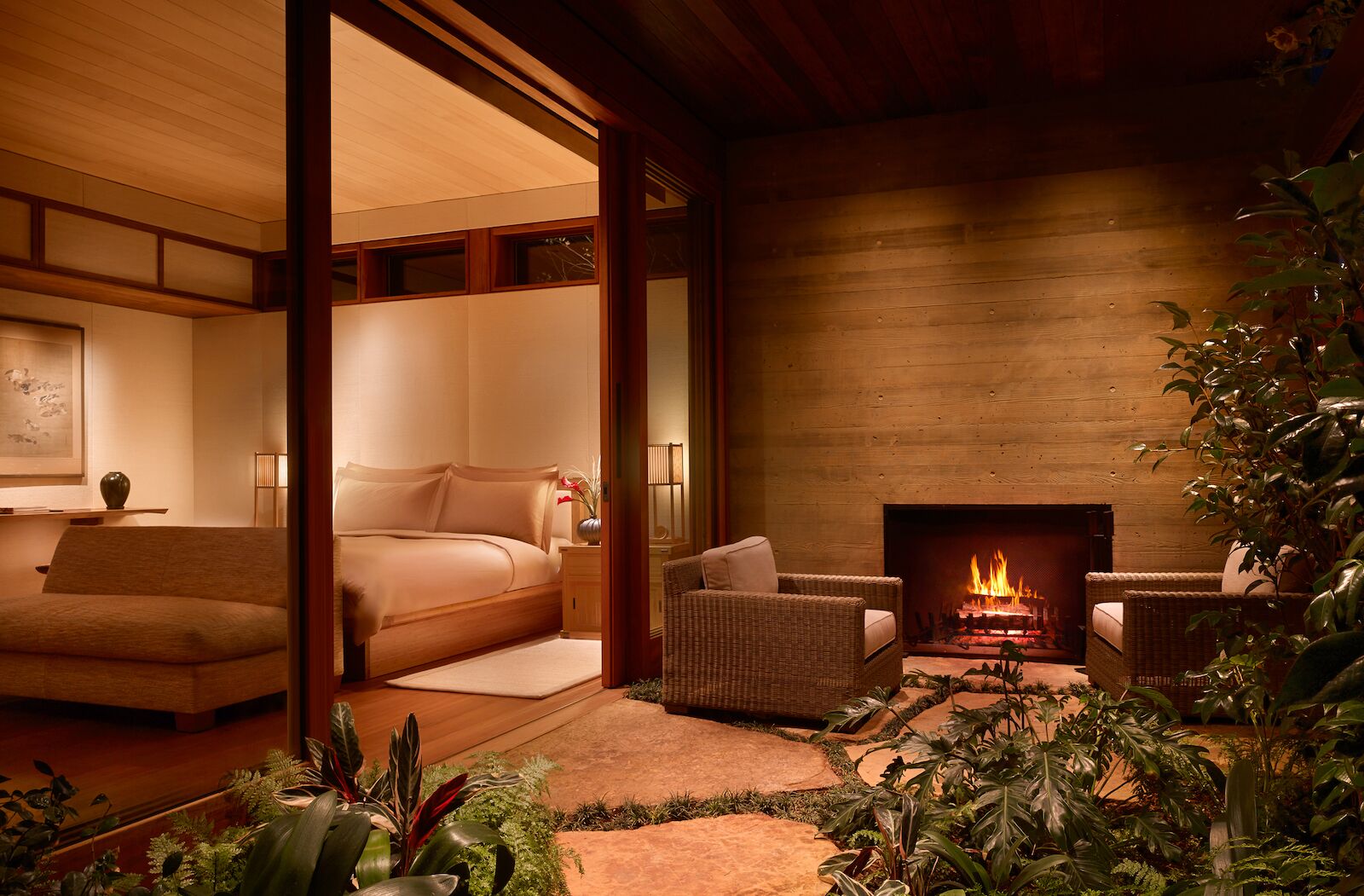 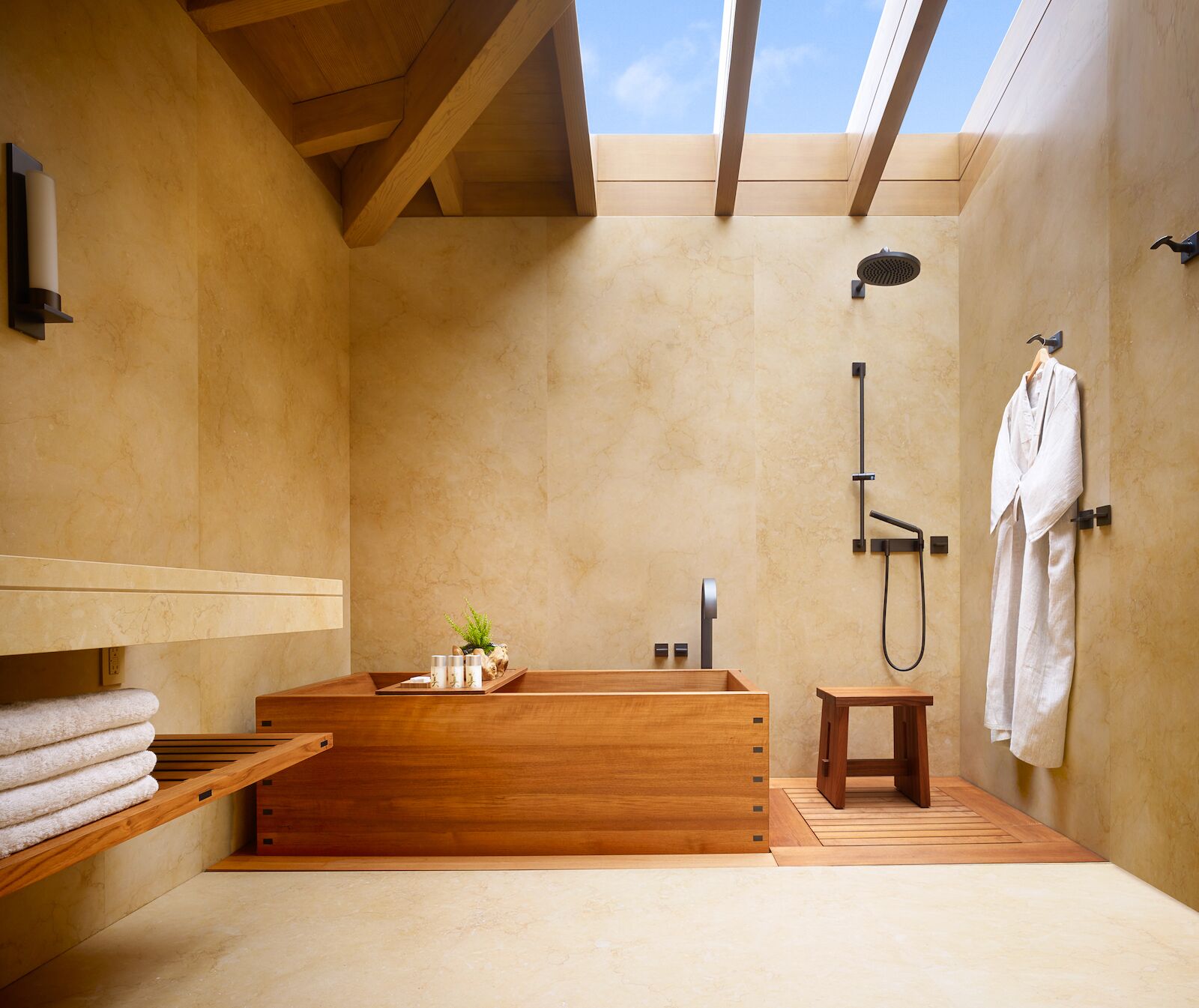 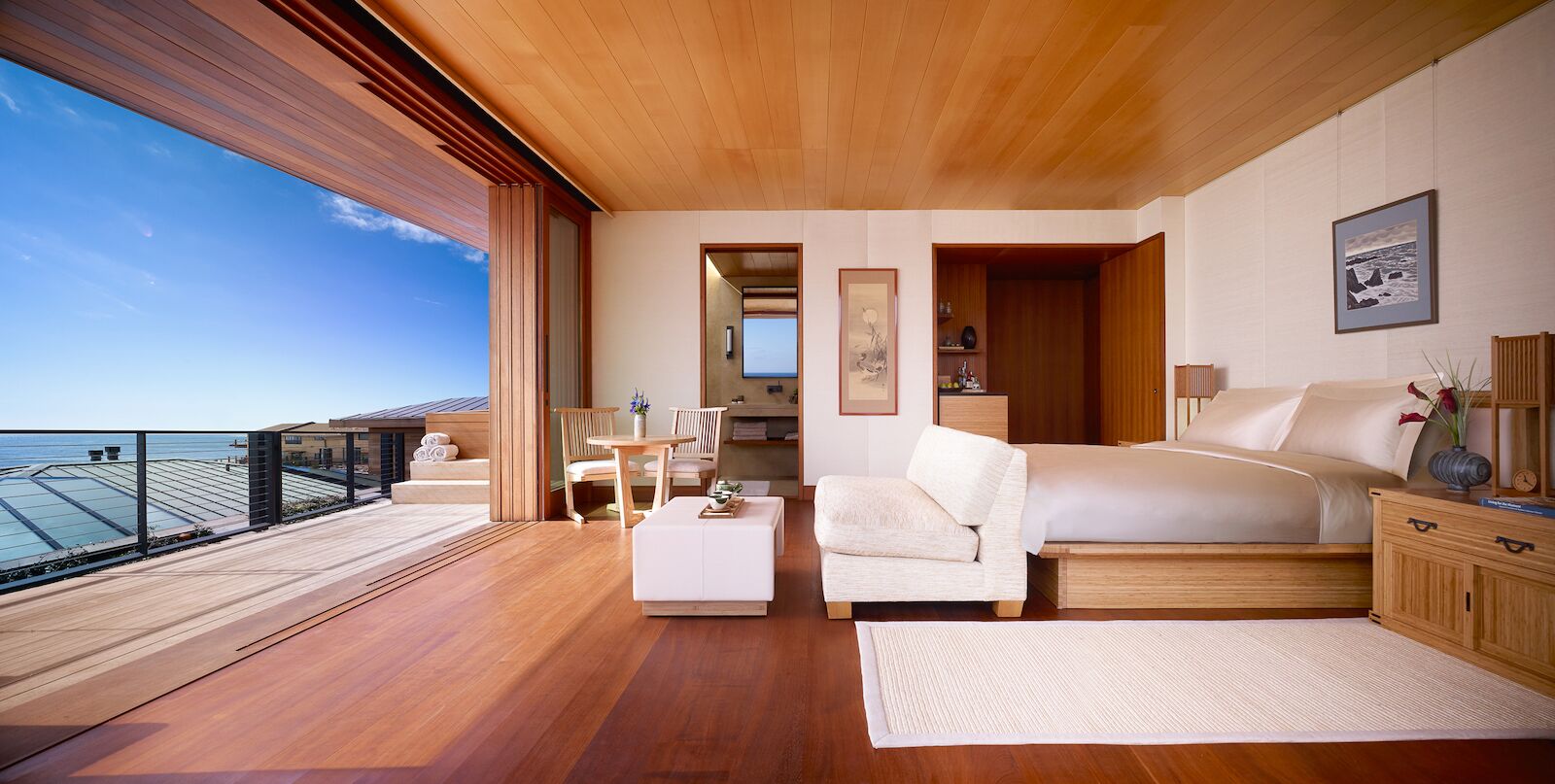 In a dreamy setting on Malibu’s Carbon Beach, the 16-room Nobu Ryokan pairs traditional Japanese minimalist design with elegant coastal comfort. Book a suite with a private teak soaking tub and indoor fireplace to cozy up on chilly Southern California nights. Nobu‘s famed restaurant is just steps from the hotel and has ocean views from the deck. 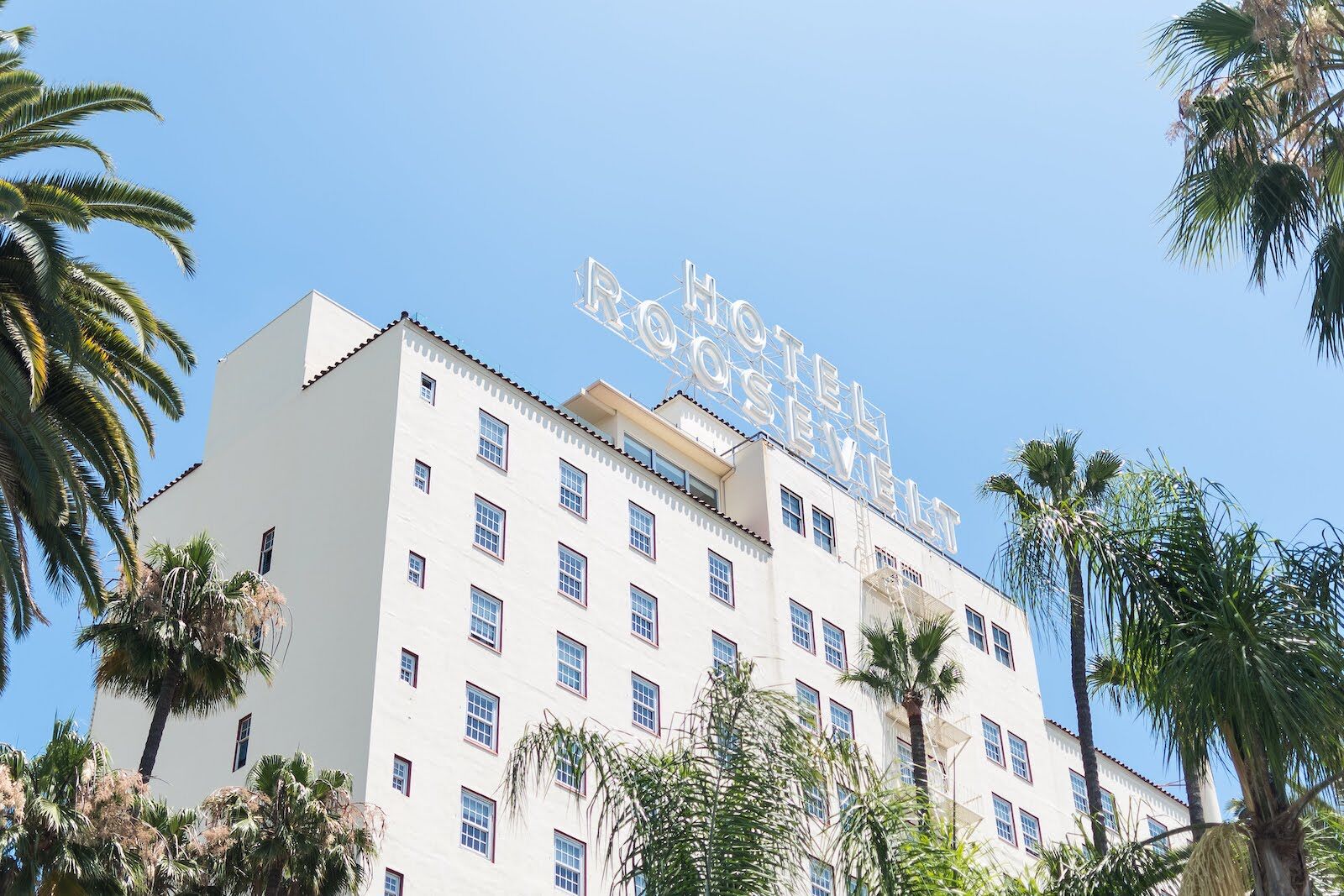 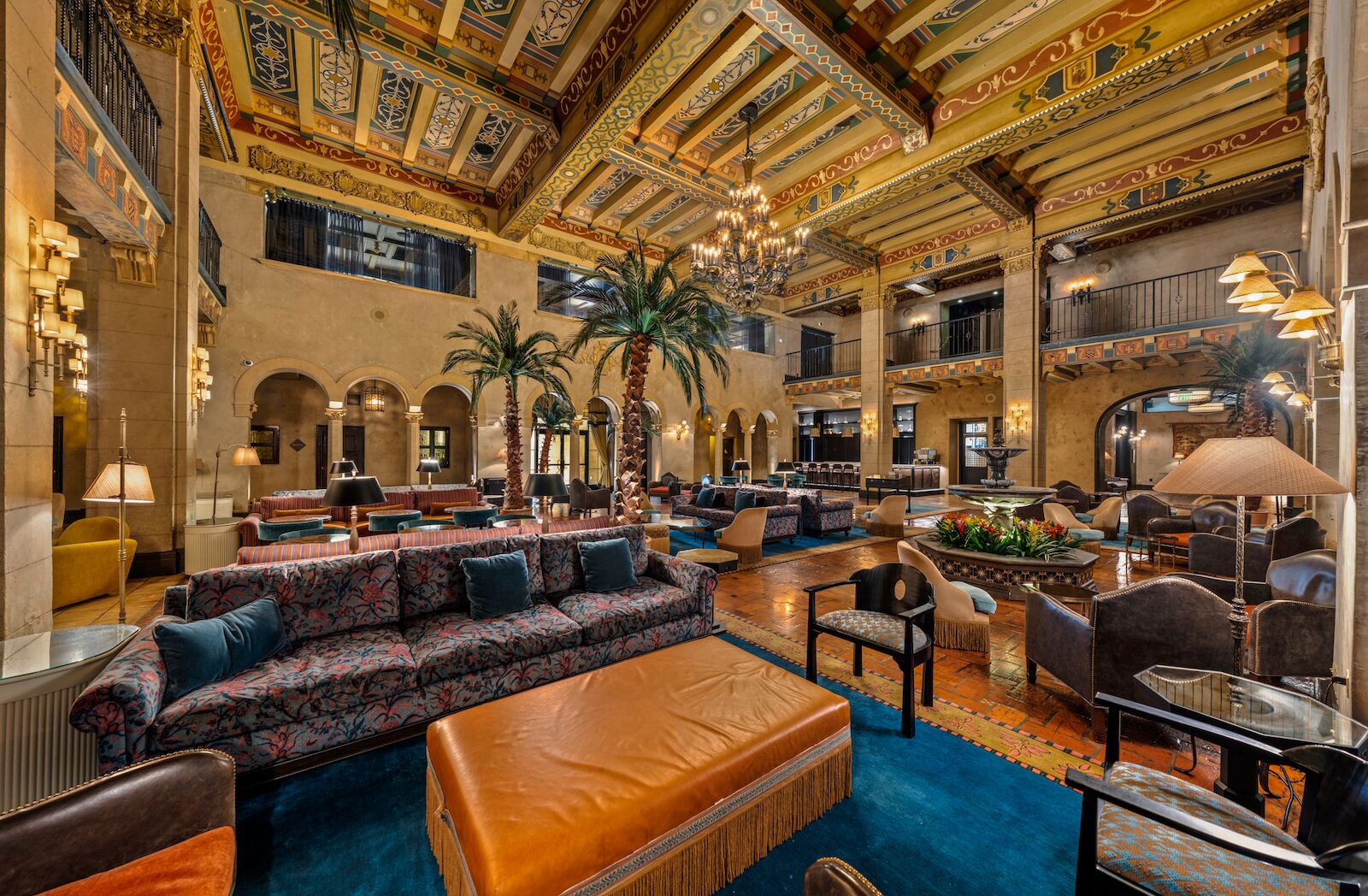 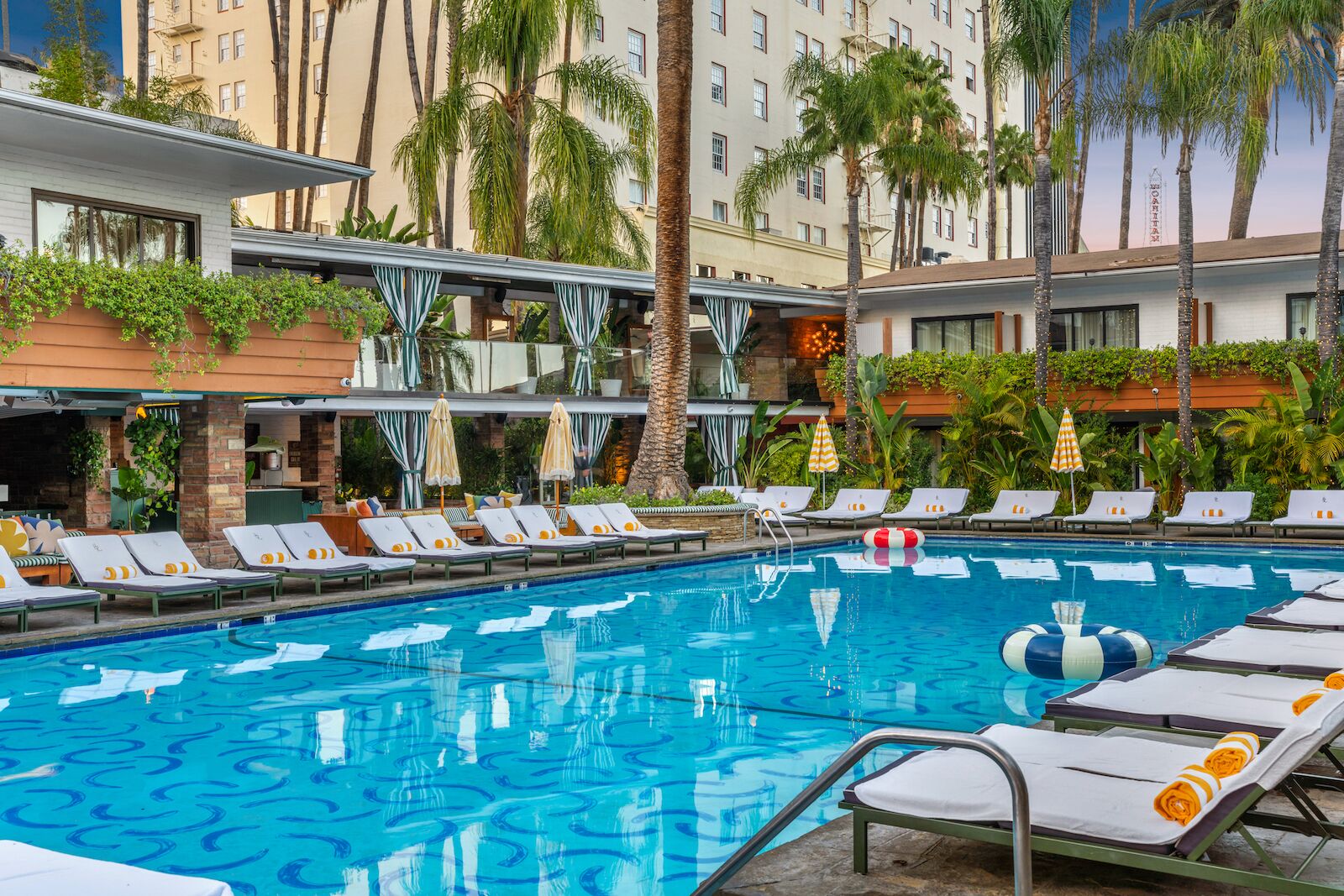 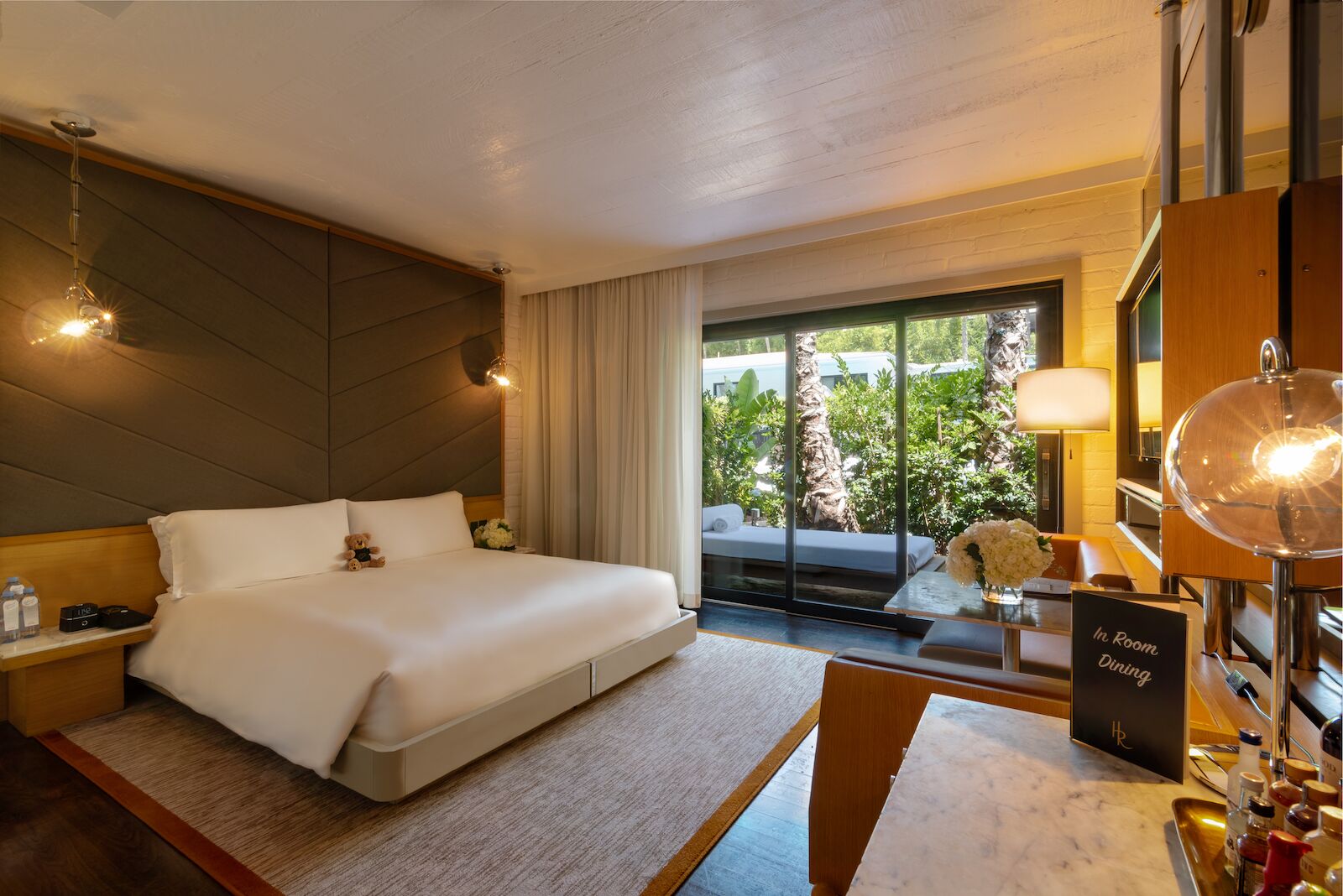 Luxury and glamor await at The Hollywood Roosevelt, a historic hotel on the Walk of Fame that once hosted the likes of Marilyn Monroe. First, relax at the famous 1960s-themed Tropicana Pool. Then head down to the lavish lobby to dine at The Barish, Michelin starred chef Nancy Silverton’s on-site Italian steakhouse. 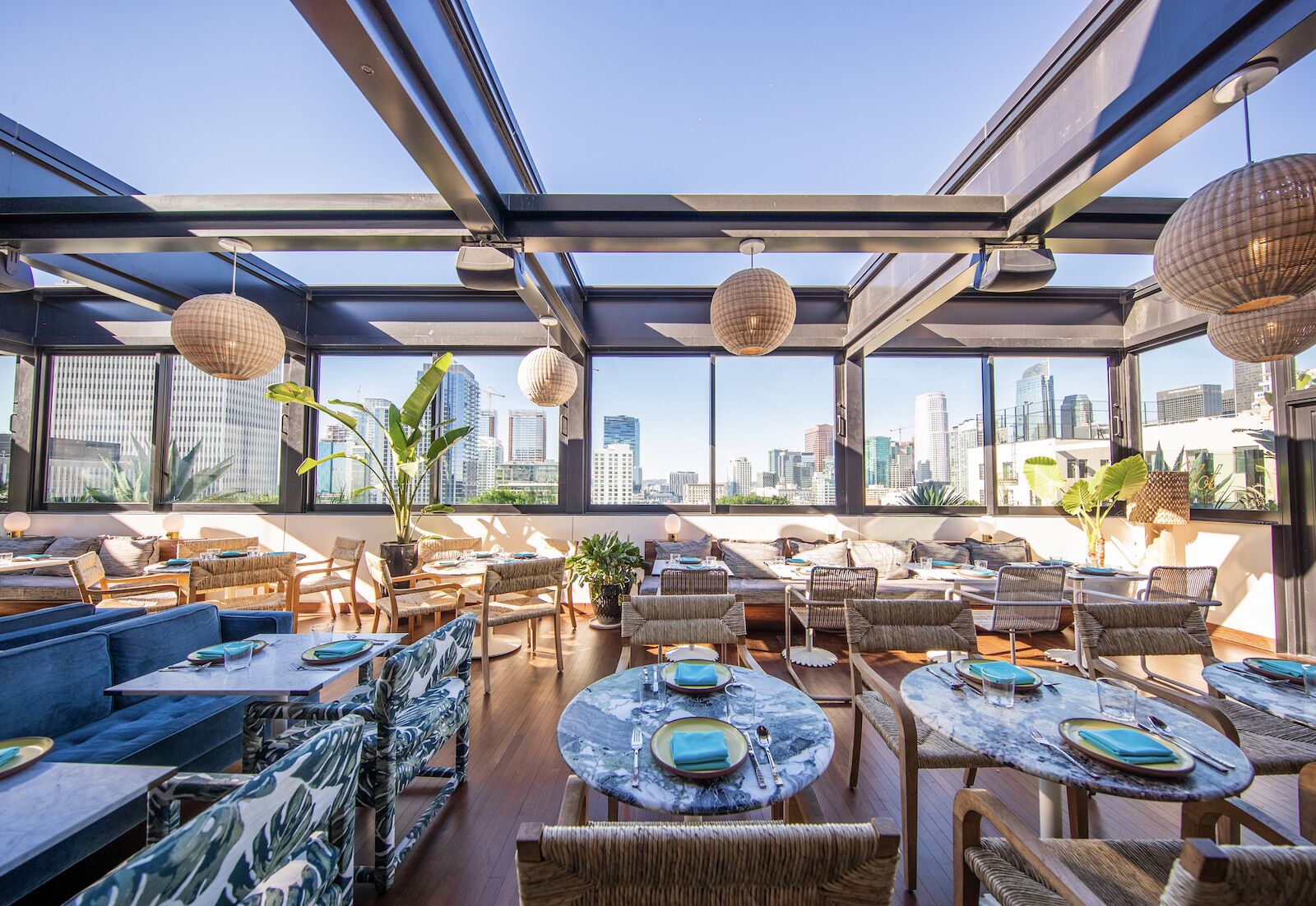 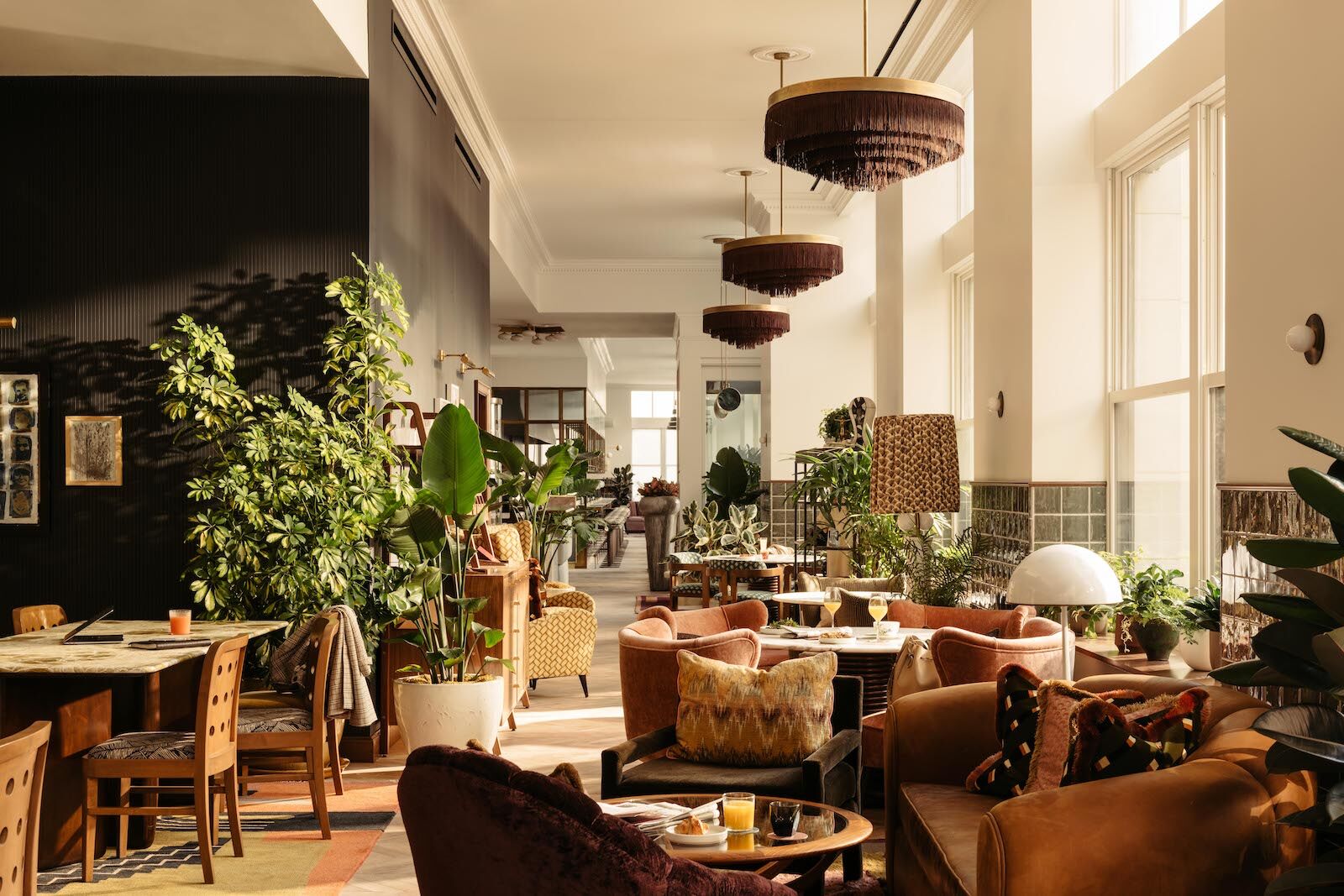 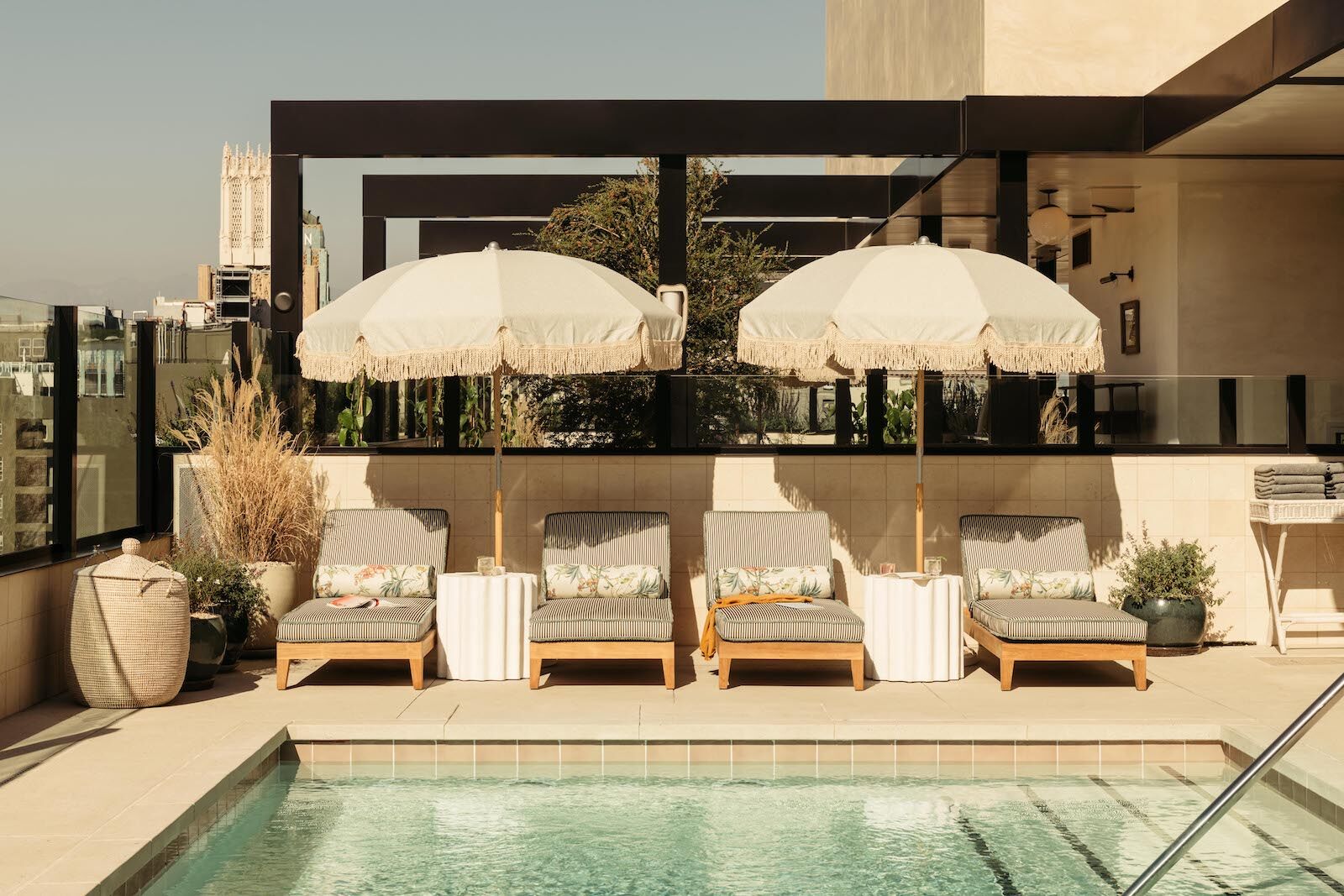 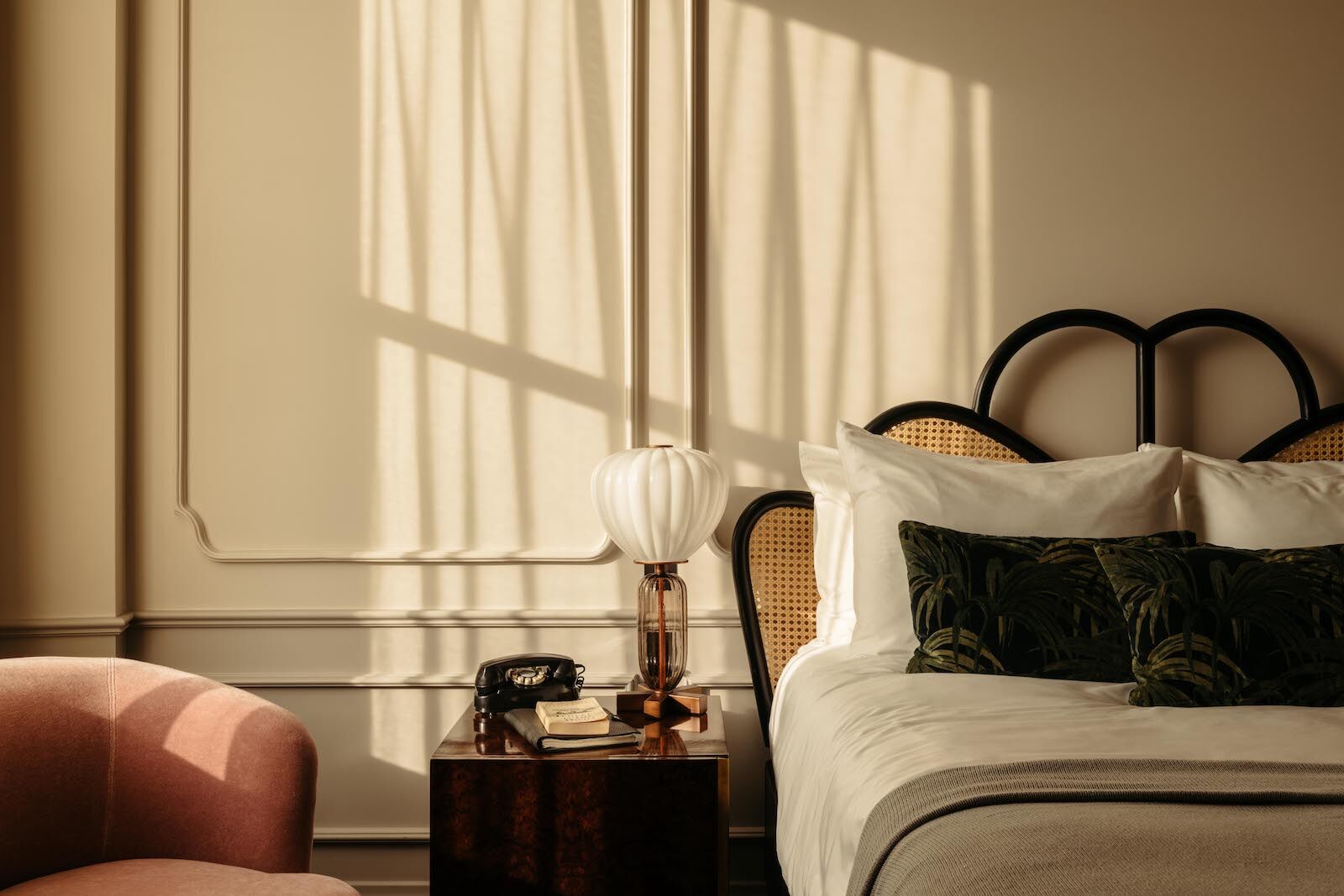 Check in to The Hoxton in Downtown LA for an old Hollywood meets retro East London vibe. The rooms have hardwood chevron flooring, wicker-style headboards, and plush club chairs. Be sure to spend an afternoon at the rooftop pool for some of the best views of Downtown. 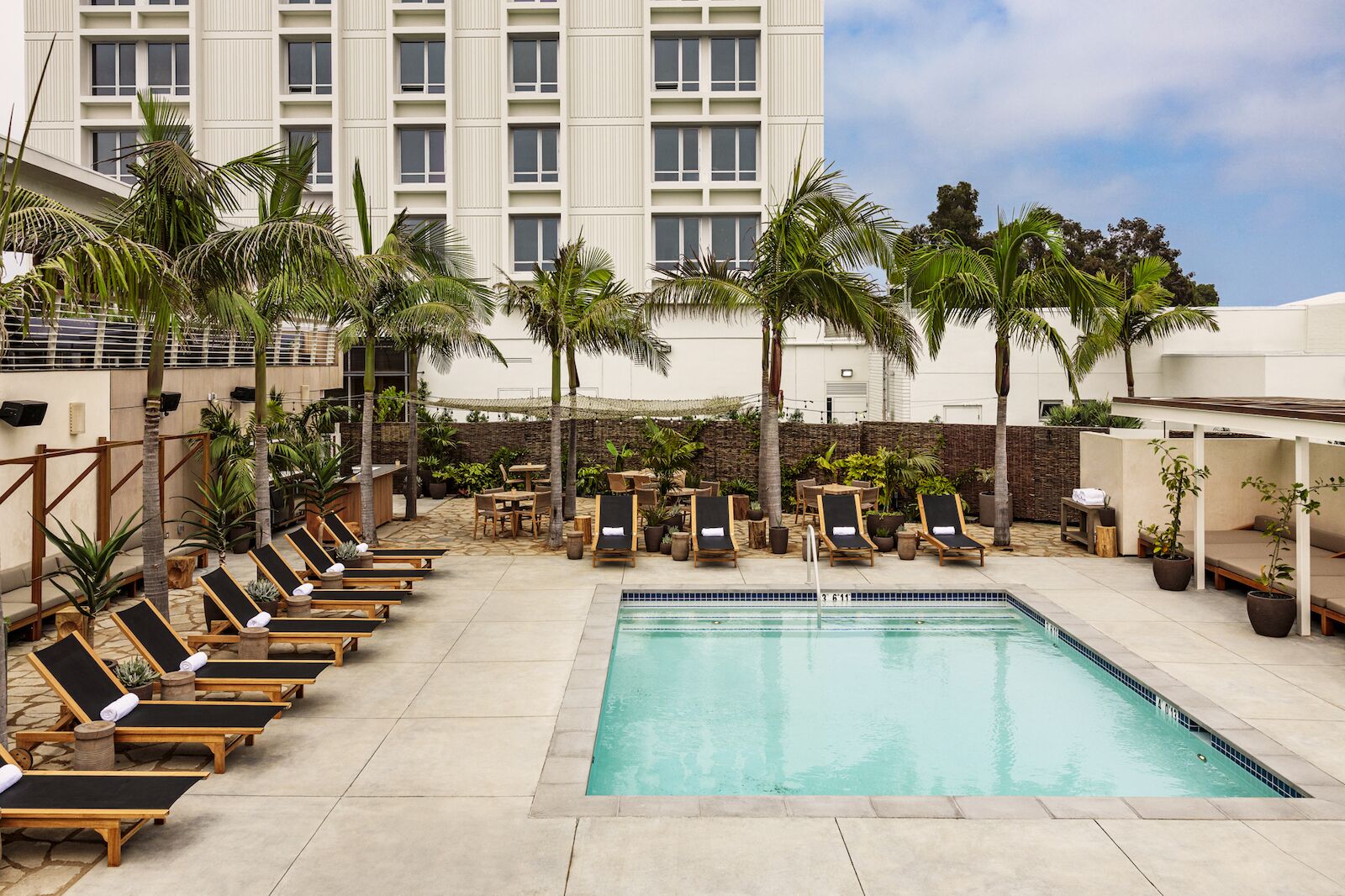 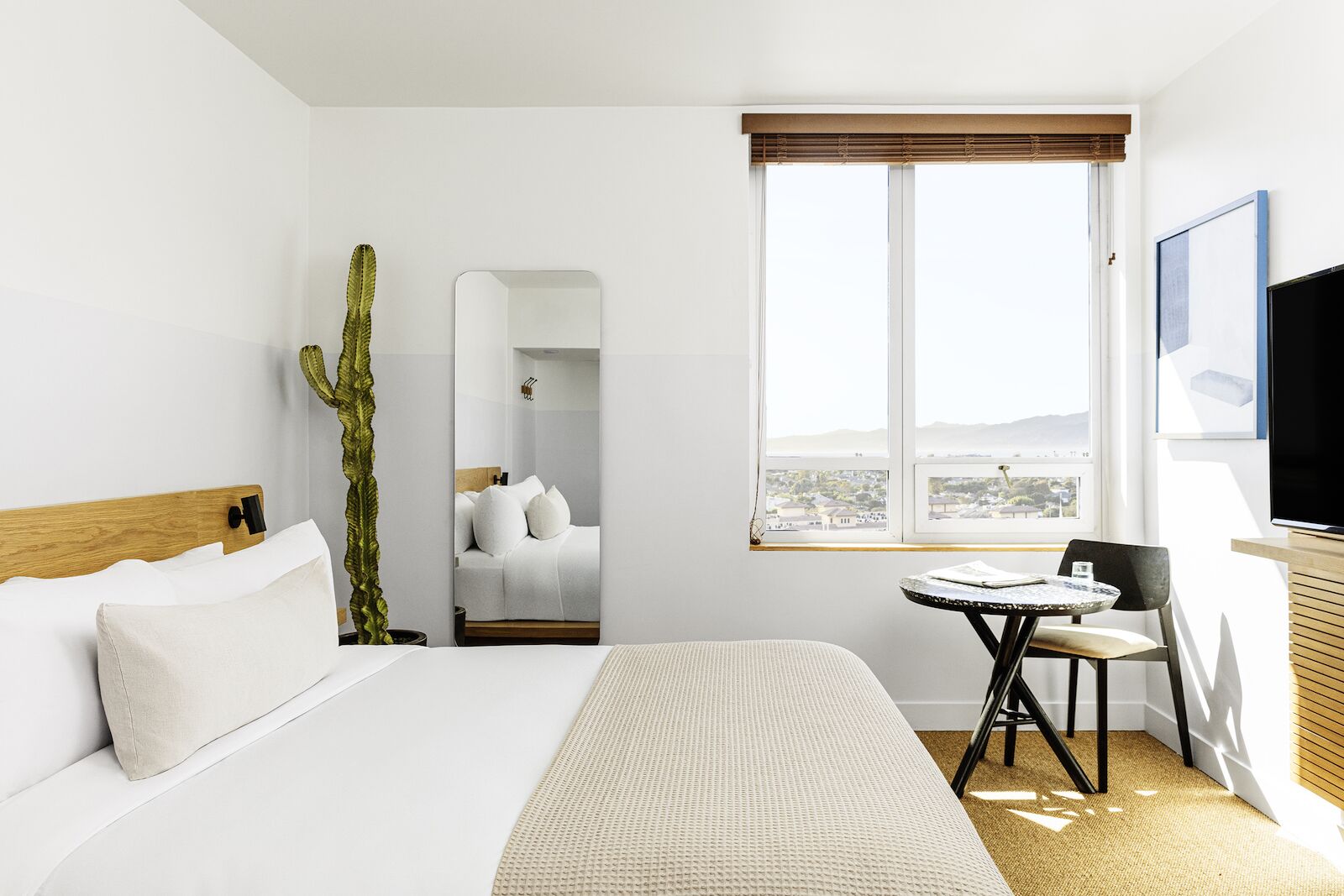 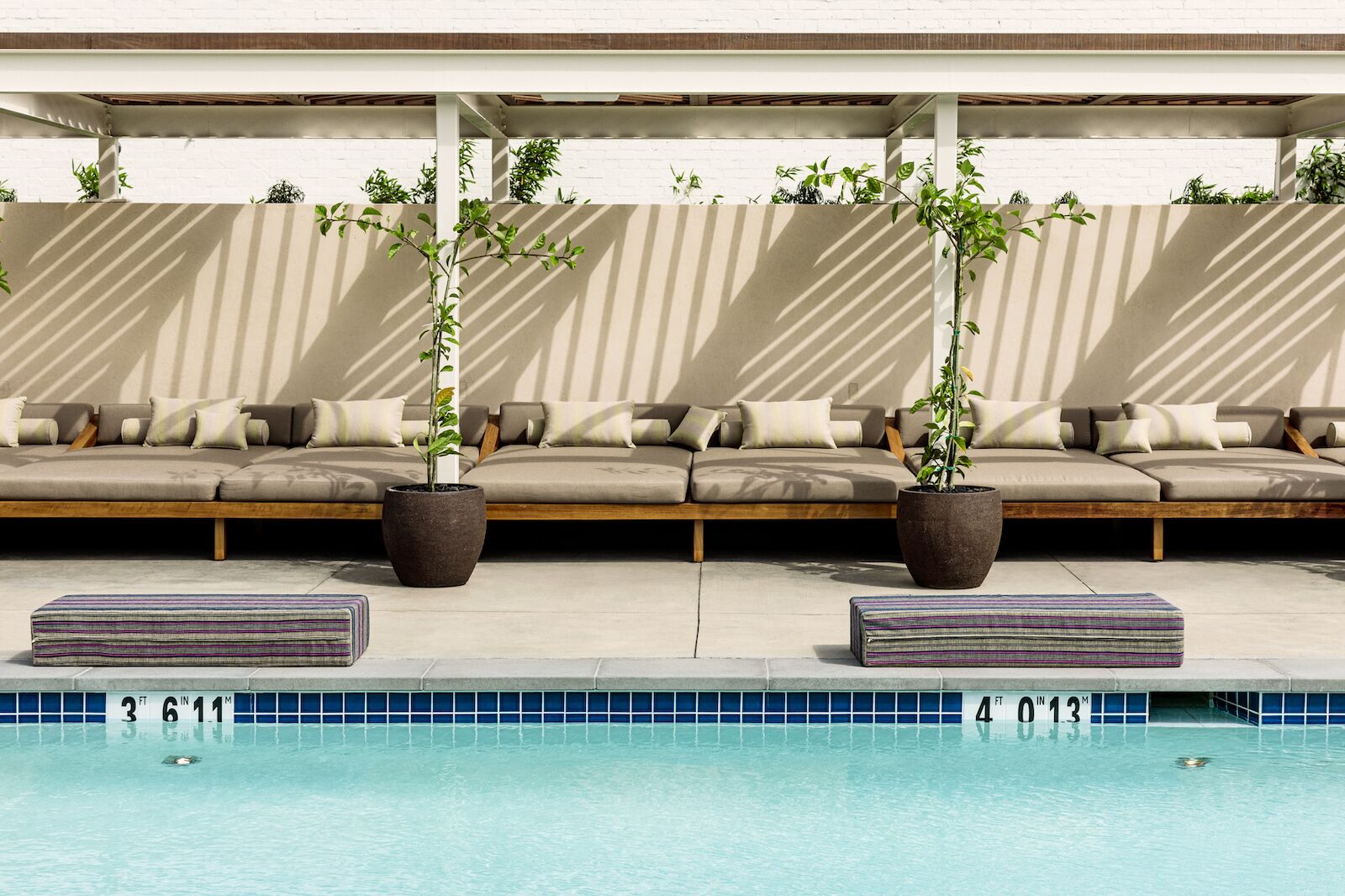 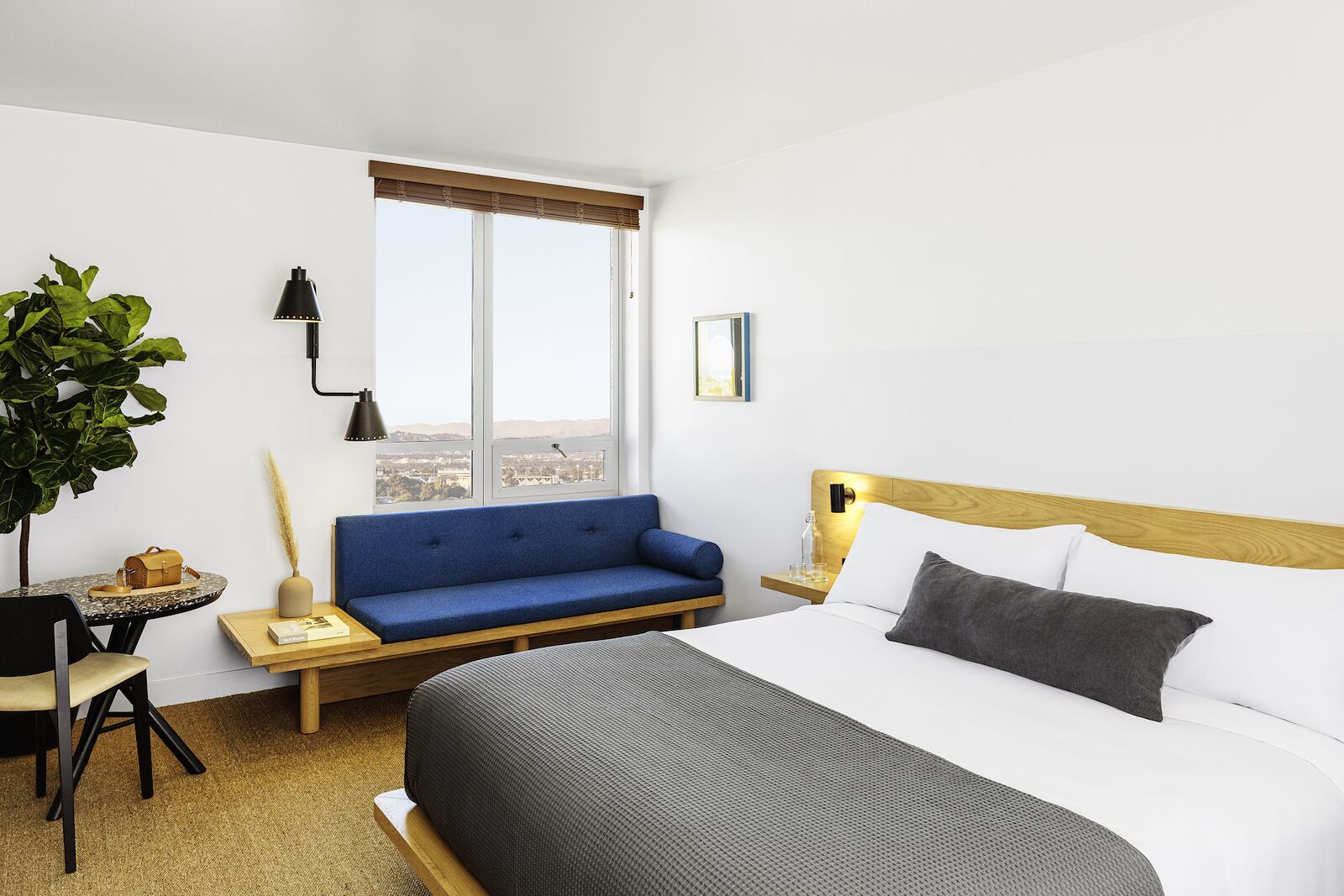 You can’t do better for early morning flights out of LAX than Hotel June West LA, just a five-minute drive from the airport. The Midcentury Modern rooms with noise-canceling windows and Aesop bath products are only part of the appeal. Rooftop dining at the Caravan Swim Club, with a menu inspired by California coastal cuisine is the perfect place to spend a final evening in Los Angeles.