In these tough economic times, finding a hidden treasure chest on a casual afternoon hike would be pretty clutch, and that’s exactly what happened for a lucky hiker over the weekend.

Last week, someone found a bronze treasure chest hidden deep within the Rocky Mountains since 2010. The chest — filled with gold coins and nuggets, gems, and artifacts — was hidden in the mountains by Santa Fe millionaire Forrest Fenn. 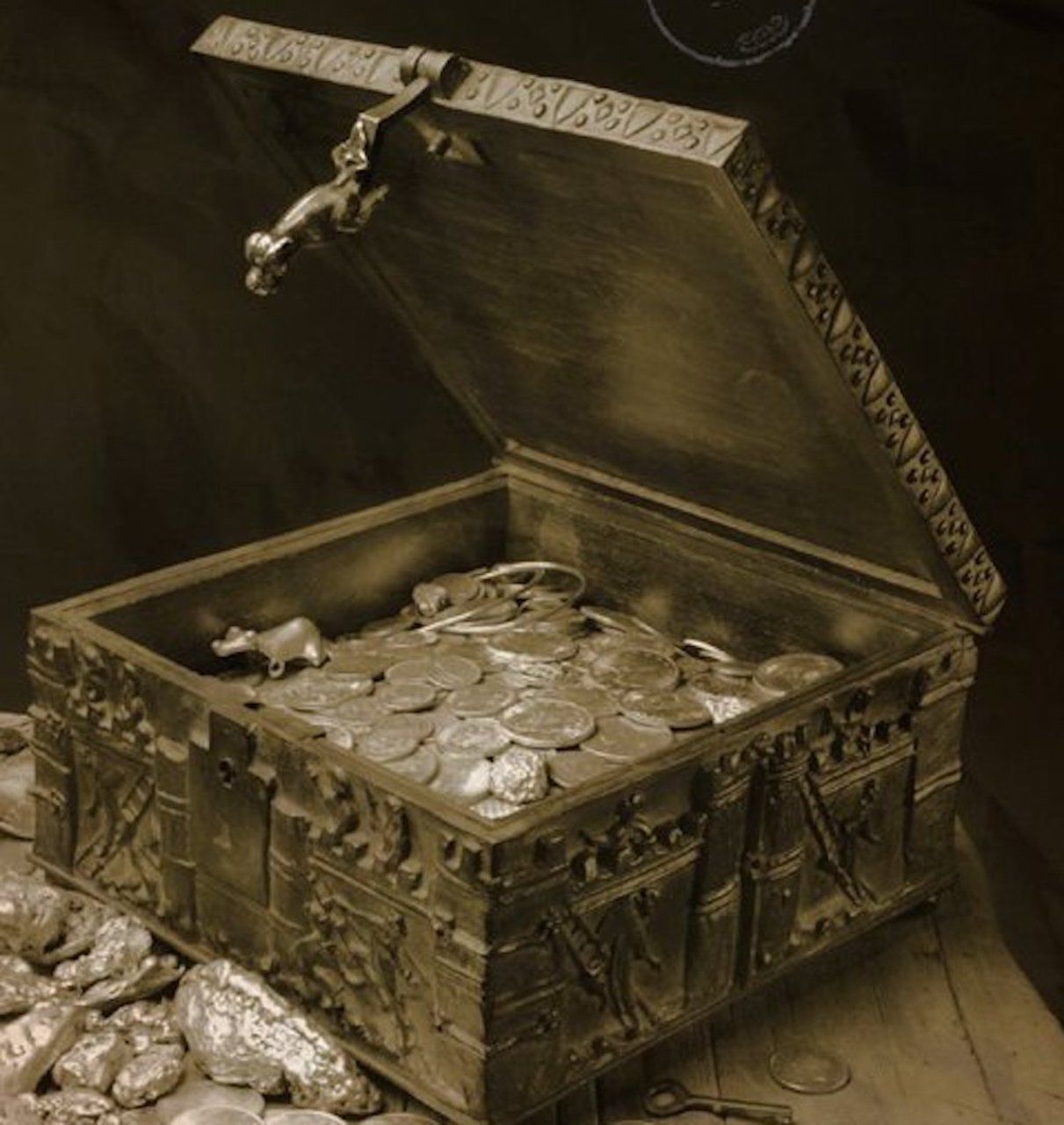 Photo: The Thrill of the Chase/Facebook

Fenn is an art and antiquities dealer who has spent his life collecting paintings, art, trinkets, etc. With the treasure chest, he wanted to spread the joy of hunting treasures out in the wild to someone else. He hid the chest somewhere in the Rocky Mountains of New Mexico, Colorado, Wyoming, or Montana and wrote a poem containing nine clues that served as a treasure map.

It is estimated that more than 350,000 people looked for the chest containing $1 million worth of riches in the past 10 years. According to Fenn, it is a man from “back East” who found the chest. He wants to remain anonymous, but he did send a photo to Fenn to confirm the discovery. The exact spot where the treasure was buried will also remain a secret.

The following is the original post from Fenn, confirming that the treasure has been found: “It was under a canopy of stars in the lush, forested vegetation of the Rocky Mountains and had not moved from the spot where I hid it more than 10 years ago. I do not know the person who found it, but the poem in my book led him to the precise spot. I congratulate the thousands of people who participated in the search and hope they will continue to be drawn by the promise of other discoveries. So the search is over. Look for more information and photos in the coming days.”

Over the past decade, the mystery has been fodder for adventurous treasure hunters seeking riches. Some even perished in their attempts.

Art + Architecture7 Historic Treasures Destroyed in Wars That Travelers Will Never Get To See
Tagged
News
What did you think of this story?
Meh
Good
Awesome