People have turned to puzzles more than ever this past year for socially-distanced entertainment, and now it’s time to put those skills to good use. Artist Michel Becker just launched a contest asking participants to solve the clues in his new treasure hunt book, The Golden Treasure of the Entente Cordiale.

There is a French and English version of the book, with each containing different clues leading to two separate treasure locations. The books include nine puzzles with illustrations by Becker and secret text hidden in the story written by Pauline Deysson. If readers crack the hidden code in the illustration to find the missing text, they will be able to find the location of two geode crystal keys — one buried in the UK and one in France. The key opens the cabinet where the golden treasure is kept. 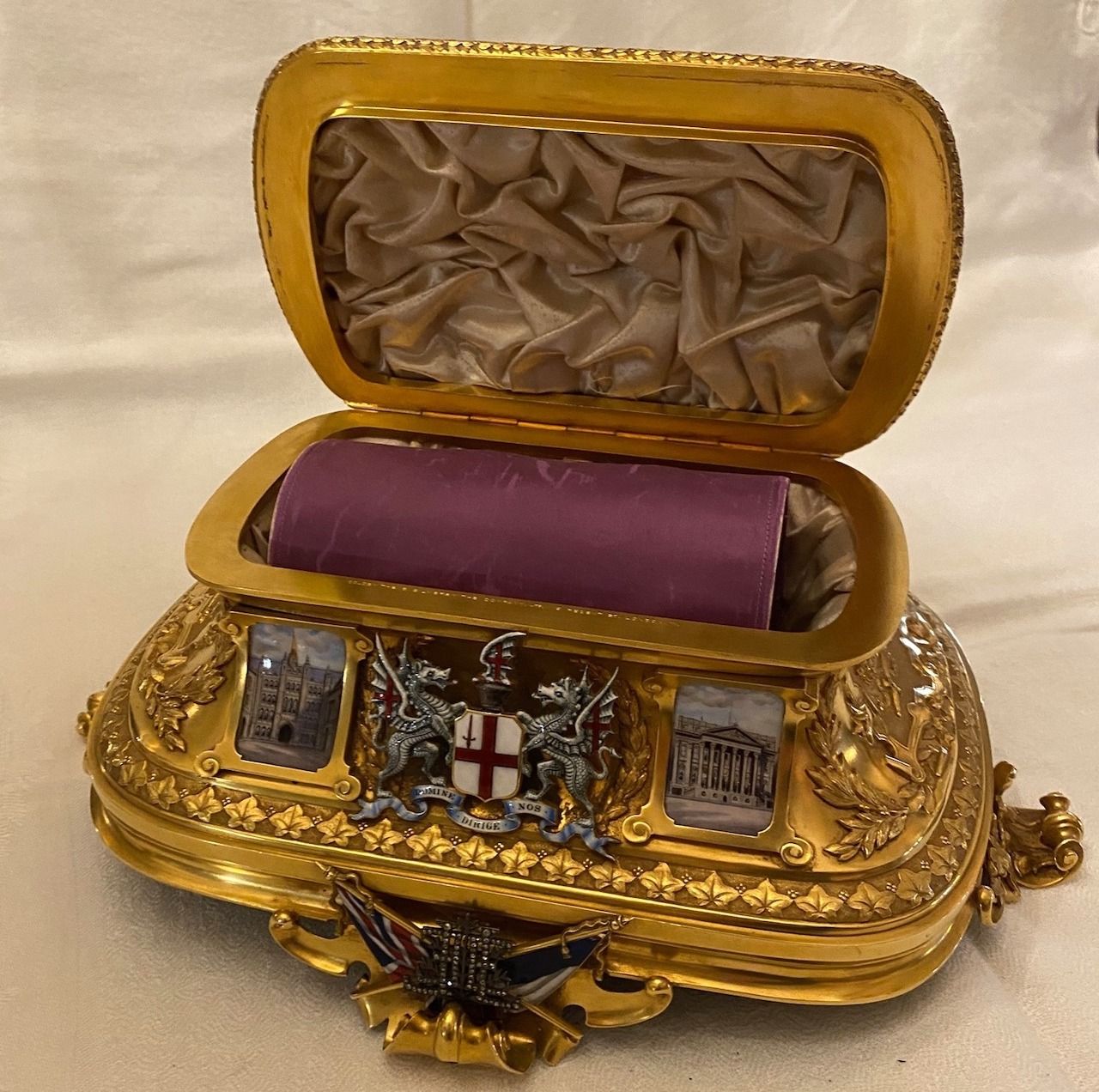 Photo: The Golden Treasure of the Entente Cordiale/Facebook

The prize is as unique as the hunt itself. It’s a golden casket that was given to France by England before the signing of a diplomatic agreement in 1904. The casket was made by Goldsmiths and Silversmiths Company in London, and contains a scroll celebrating the two countries’ friendship. It’s valued at $892,000.

Vincenzo Bianca, who created the books’ puzzles, told The Guardian, “It was Michel Becker’s idea. He found the golden case, bought it, and learned everything that you can know about the Entente Cordiale [Anglo-French diplomatic agreement]. He fell in love with this story between France and England, which existed thanks to the will of the two men [King Edward VII and Loubet]. He wanted to bring this story to the world with this treasure hunt.”

Bianca and Becker wrote in the book, “A paper and a pencil will be enough to discover some solutions. For others, you will need to do additional research … the internet will be a valuable ally in finding the information you need without leaving your chair. This is not an easy treasure hunt. In order to conquer it, you will need tenacity: a treasure is accessible only to the brave.”

Art + Architecture40 European Small Towns That Are Straight Out of a Storybook
Tagged
Books News
What did you think of this story?
Meh
Good
Awesome