The Vikings were warriors, raiders, and explorers, and thanks to advanced sailing and navigational skills, they succeeded in becoming the first Europeans to set foot on mainland North America — perhaps even 500 years before Christopher Columbus landed in the Caribbean in 1492. Originating in present-day Scandinavian countries, the Vikings explored and often settled westward to Iceland, Greenland, and North America while spreading eastward to Central Asia, the Mediterranean, and North Africa. And while the Age of the Vikings has long since passed, their mark on history and on the country of Norway, in particular, is still strongly felt today. Here are seven must-see sights around Norway to channel your inner Viking and explore the ancient culture for yourself. 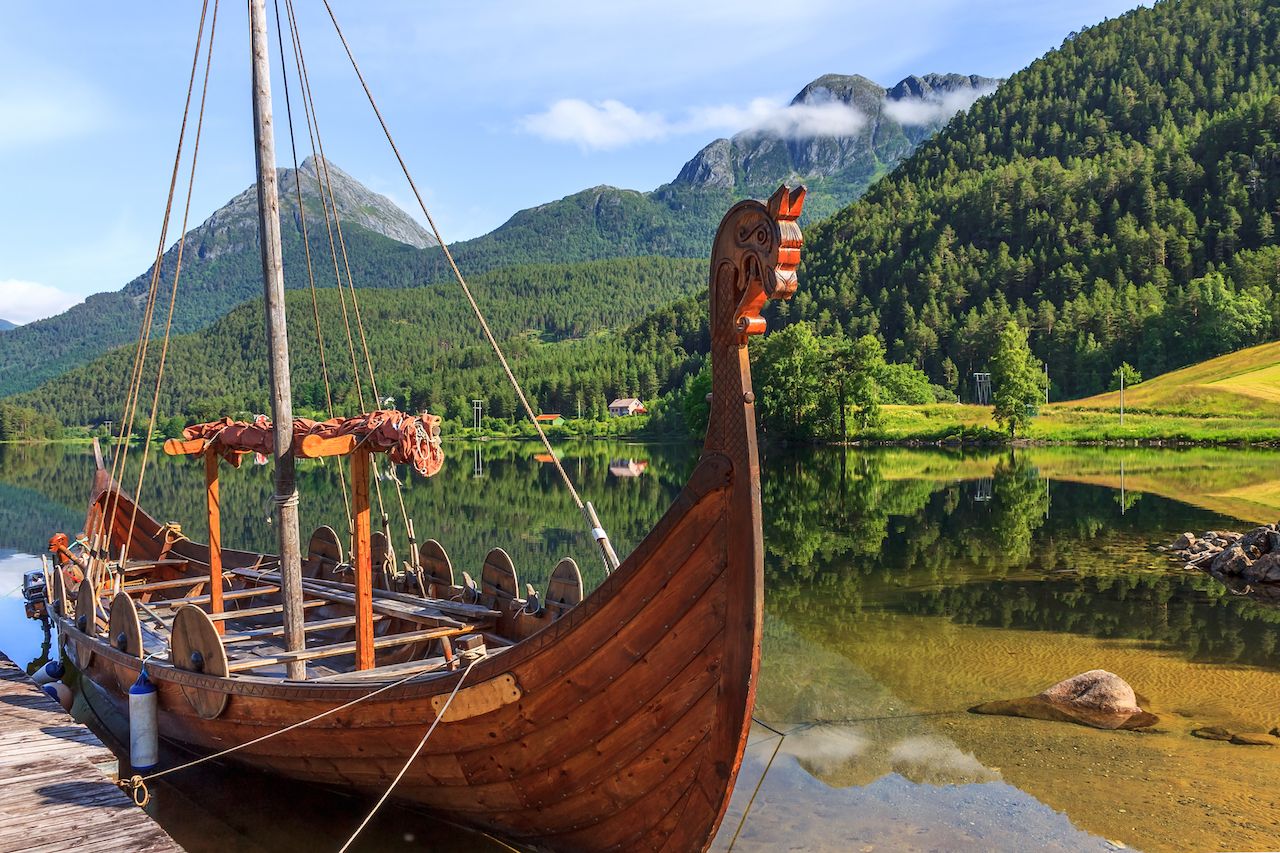 Once ocean-going vessels, the artifacts on show at Oslo’s Viking Ship Museum inside the Museum of Cultural History are some of the best-preserved examples of Viking ships in the world. Here you’ll find the remains of a handful of the Vikings’ famed vessels. Unearthed from tombs in Gokstad, Oseberg, and Tune, each of the ships you see today was hauled inland to be used in elaborate burial rituals.

The Oseberg ship was discovered by a farmer, and once excavated, it took professionals over two decades to restore it to the way it is now displayed in the museum. The significance of this burial is that two women were buried along with the ship and numerous artifacts to accompany them on their journey. In contrast, the Gokstad ship contained the remains of a possible warrior, as cuts on the man’s skeleton indicate that he died in battle. His ornate burial aboard the ship indicates he was a man of great importance. And finally, the Tune ship is the least preserved but still significant in that only those ships of high ranking warranted a burial as such. 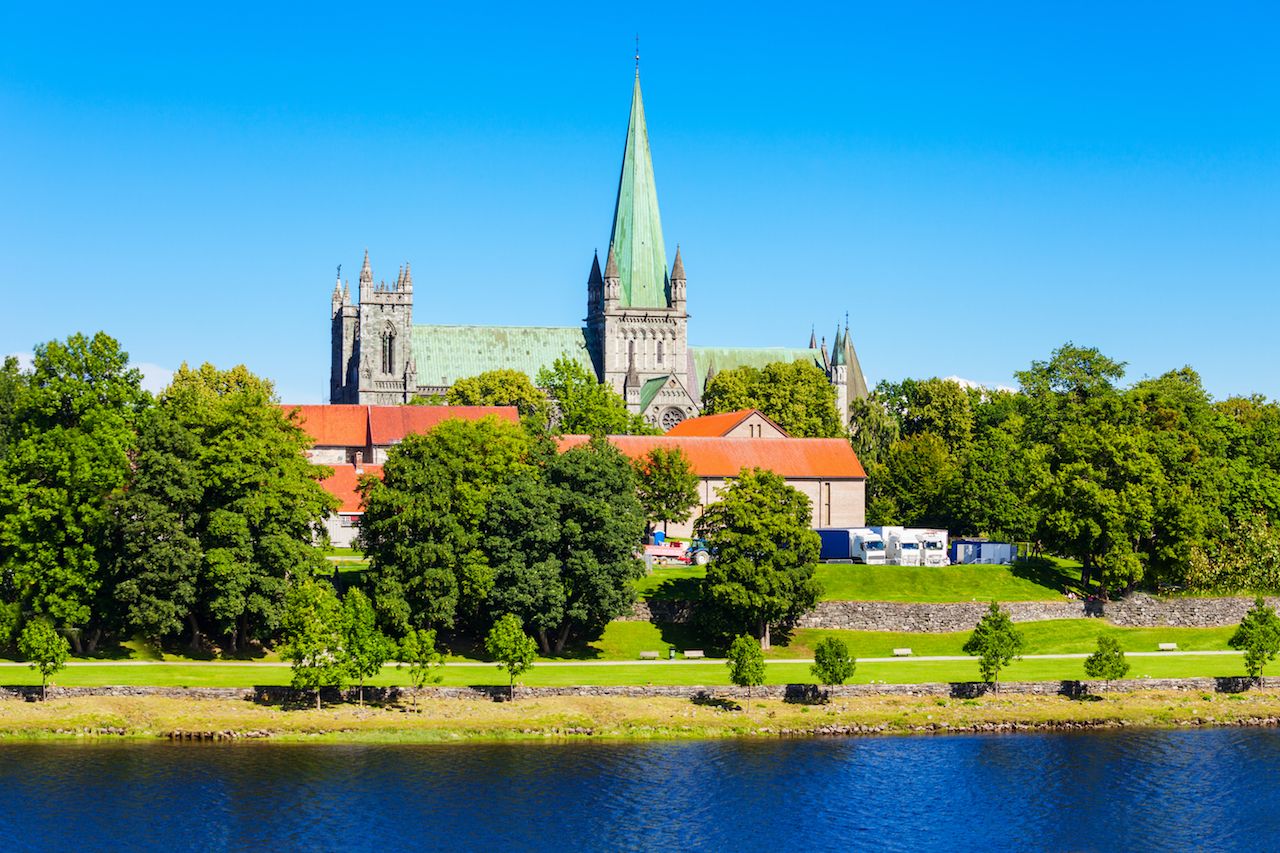 Legend has it that the Nidaros Cathedral was built on the site of the burial location of the first king of Norway, Olav Haraldsson. Haraldsson, who was killed in battle in 1030 at Stiklestad. After his death in battle, the slain Viking king’s body was transported to present day Trondheim where he was buried near a spring. Legend has it that a year after his burial, the grave was exhumed. Instead of a decaying corpse, the former king appeared to be sleeping, and the aroma of roses wafted from the grave. The Christian king was declared a martyr and given sainthood by the Catholic Church.

Since 1032, pilgrims have followed the network of trails, known as St. Olav Ways, to honor the slain Viking (and Christian) king leading to the northernmost Gothic cathedral in Europe. Admission to the cathedral is 100 Norwegian krone (about $11.50), but if you’re a serious history buff, opt for the combined ticket. For about 180 krone (about $20), you’ll also have access to the nearby Archbishop Palace Museum and the crown regalia. 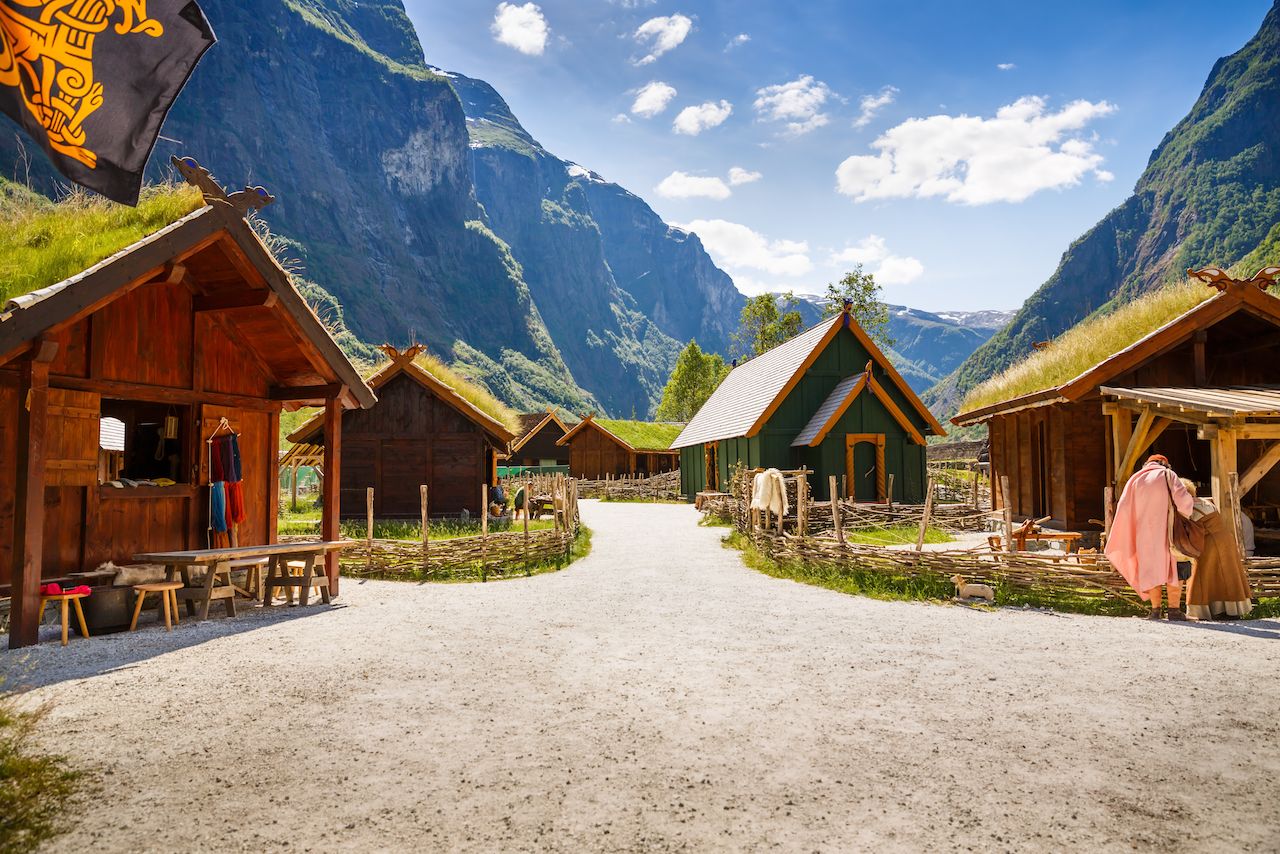 Here’s a stop for those craving a day in the Viking life. This authentic Viking village, about two and a half hours northeast of Bergen, provides an opportunity to immerse yourself in the daily life of a Viking community. The region was once vital to trading, and to this day Gudvangen is known as “the place of the gods.” Sitting along Nærøyfjord, the living museum offers visitors a chance to experience a village that was created utilizing materials found throughout the fjord — hand forged hinges for doors are crafted by the blacksmith and paint colors are derived from sources based on historical evidence. Indulge in a meal prepared using traditional recipes and ingredients available during the Viking Age. Plus, you can take a piece of Viking lore home with you, as all items available for sale in the village are handmade. 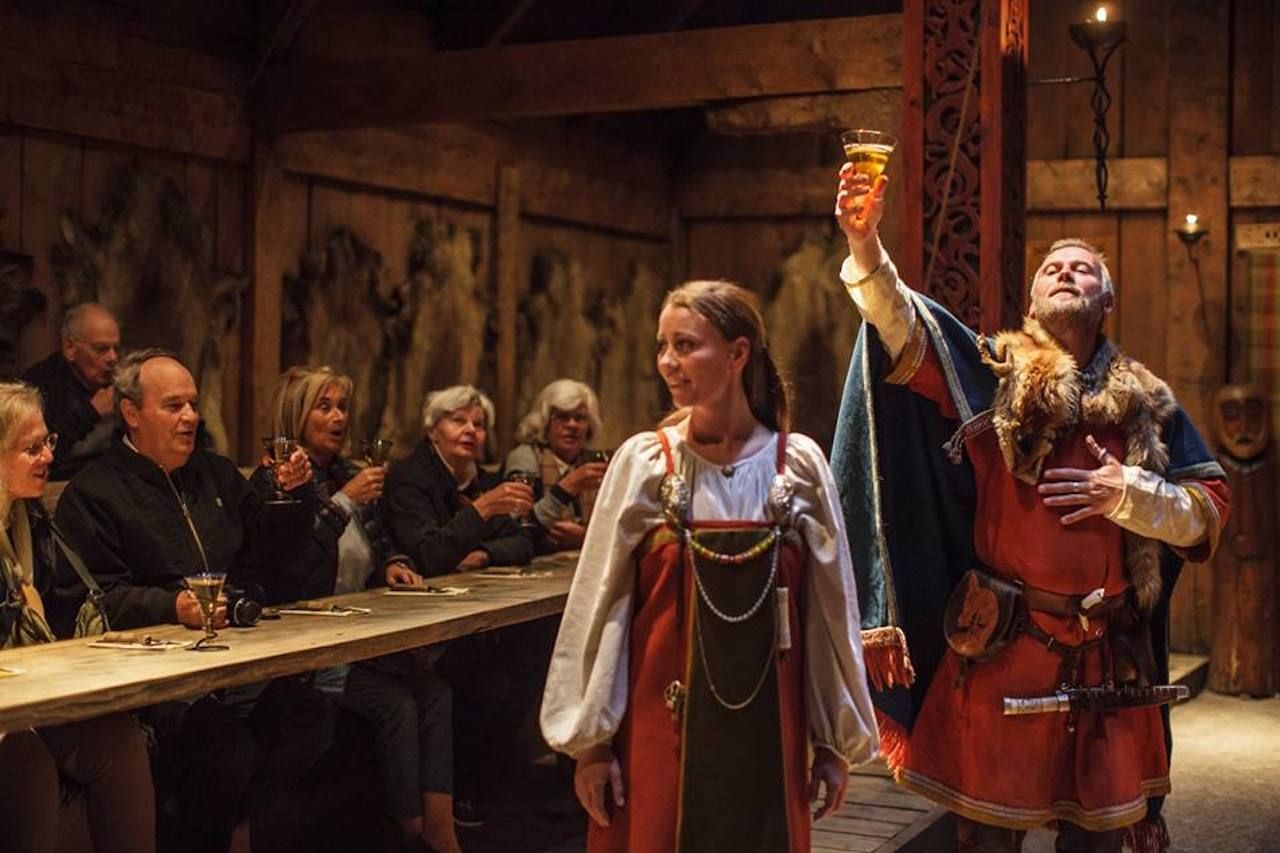 The Lofotr Viking Museum is the site of the longest Viking longhouse to have ever been discovered in Europe. At over 270 feet, this almost certainly would have been the dwelling of a Viking chieftain dating back a thousand years, and today, a fully reconstructed longhouse serves as a living museum for guests. Visitors are transported back in time as the smell of open fire greets them upon entering the longhouse, which is adorned with beautiful Viking Age replicas. Embrace the full living-museum experience with a Viking banquet where traditional food and mead are served while being entertained with ancient tales of a bygone era. Other activities, weather permitting, include rowing a traditional Viking longship, axe throwing, and archery. And, for five days every August, immerse yourself in the Lofotr Viking Festival, which includes a market, concerts, games, competitions, rowing, and of course, a multitude of Vikings. 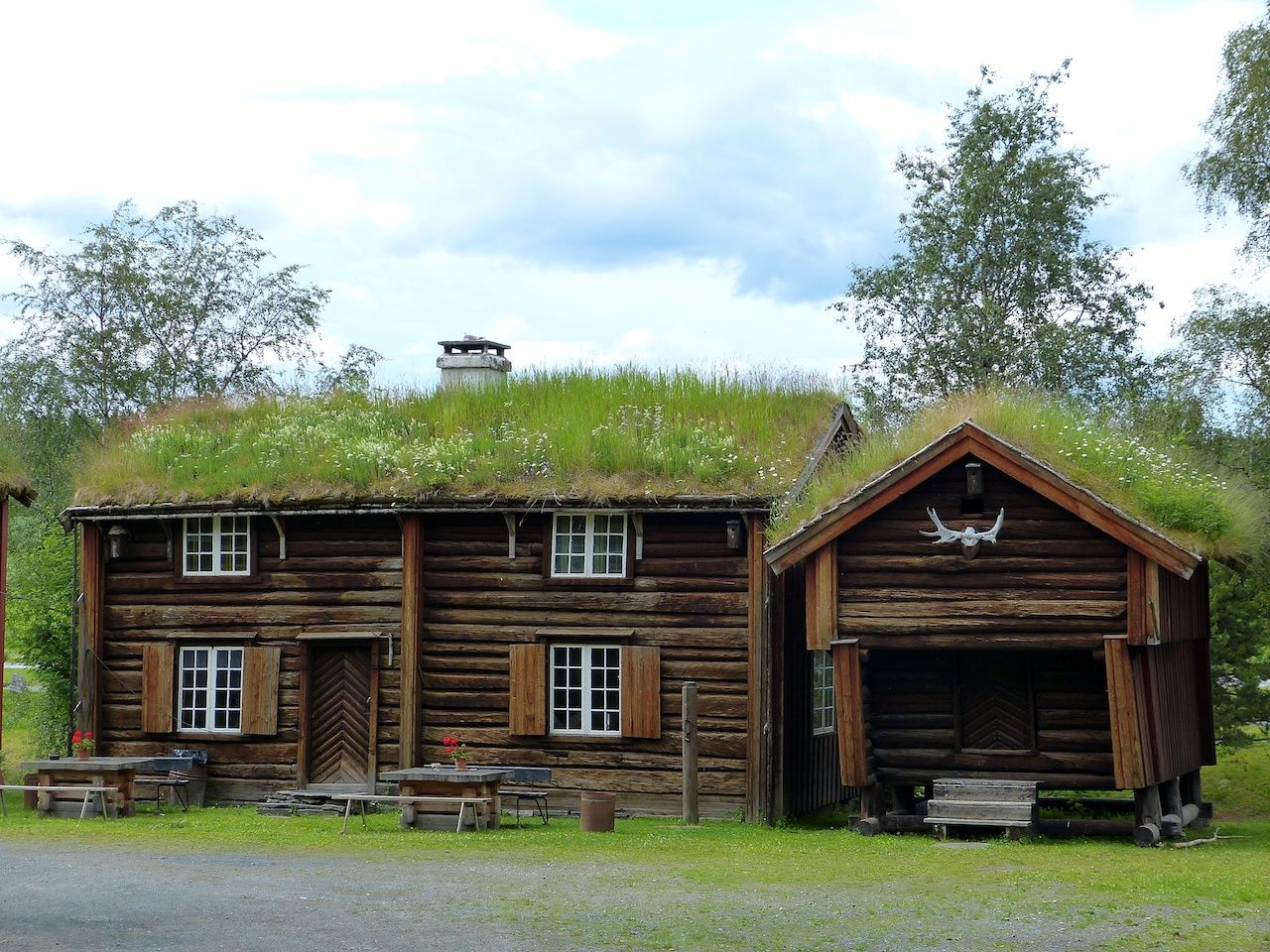 According to the account in the saga of Olav Haraldsson, commonly known as Olaf II of Norway, this Viking legend declared himself king of all of Norway in 1015. After being defeated in battle in 1029, he went into exile before returning in 1030 only to die in the famous Battle of Stiklestad. For almost a thousand years, Stiklestad has held historical and cultural significance to Norwegians. Created in 1995, the goal of the Cultural Center is to preserve the heritage of St. Olav within Norwegian history. Guests have access to exploring the medieval farm Stiklastadir, the Folk Museum, The St. Olav Drama and Festival, and a market. 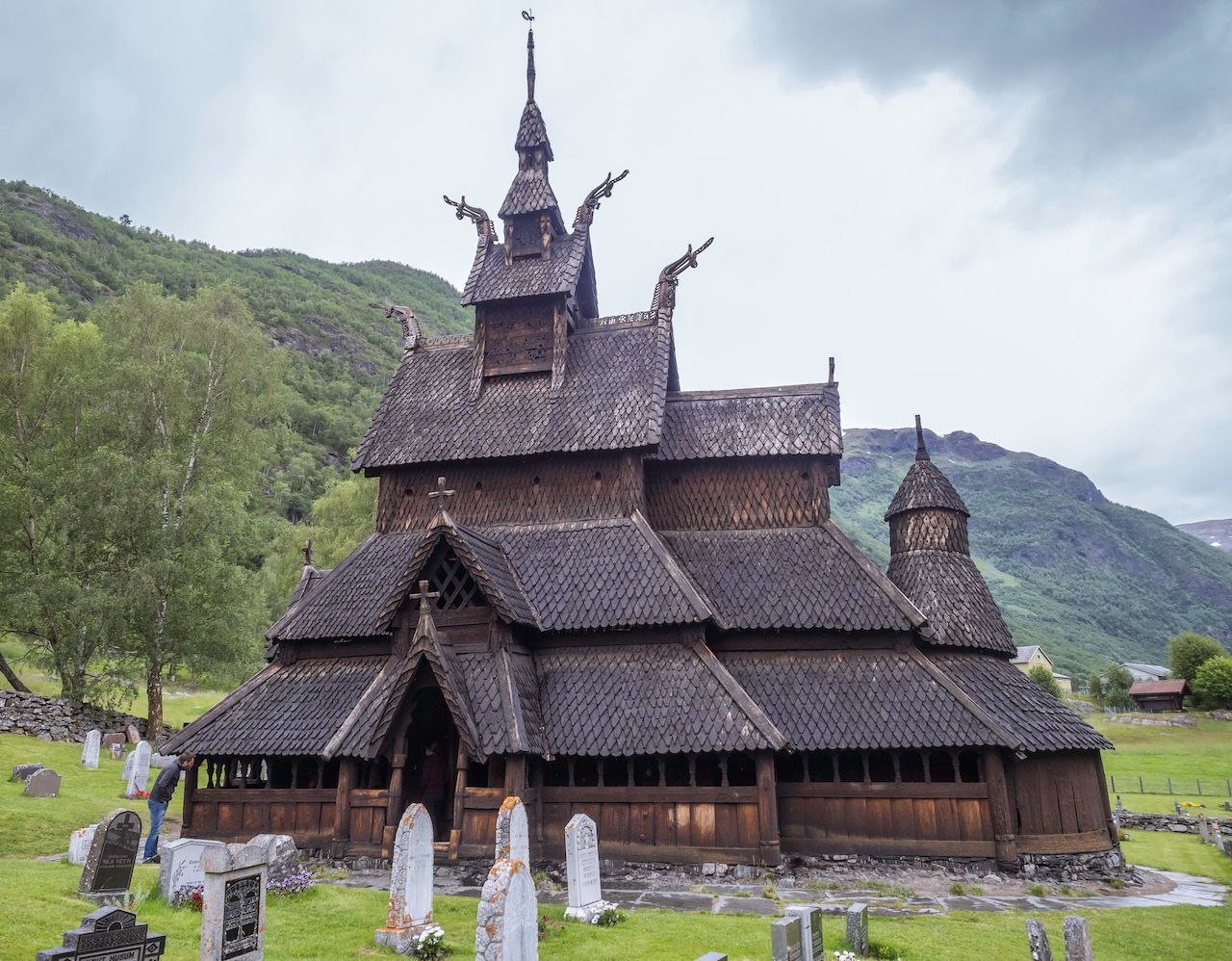 Built around 800 AD, the location of Kaupang was once significant as a trading outpost. Excavation of the town began in the 19th century and continues today, where it’s purpose is more historical than practical. In addition to the archaeological site you can see, there’s a traditional Viking house and a model of what the town may have looked like based on existing evidence and its known role in the trade industry. On family day, typically held on Wednesdays in the summer, children can join in on an archaeological excavation. For the entire family, a traditional meal, along with soup and bread, is prepared. 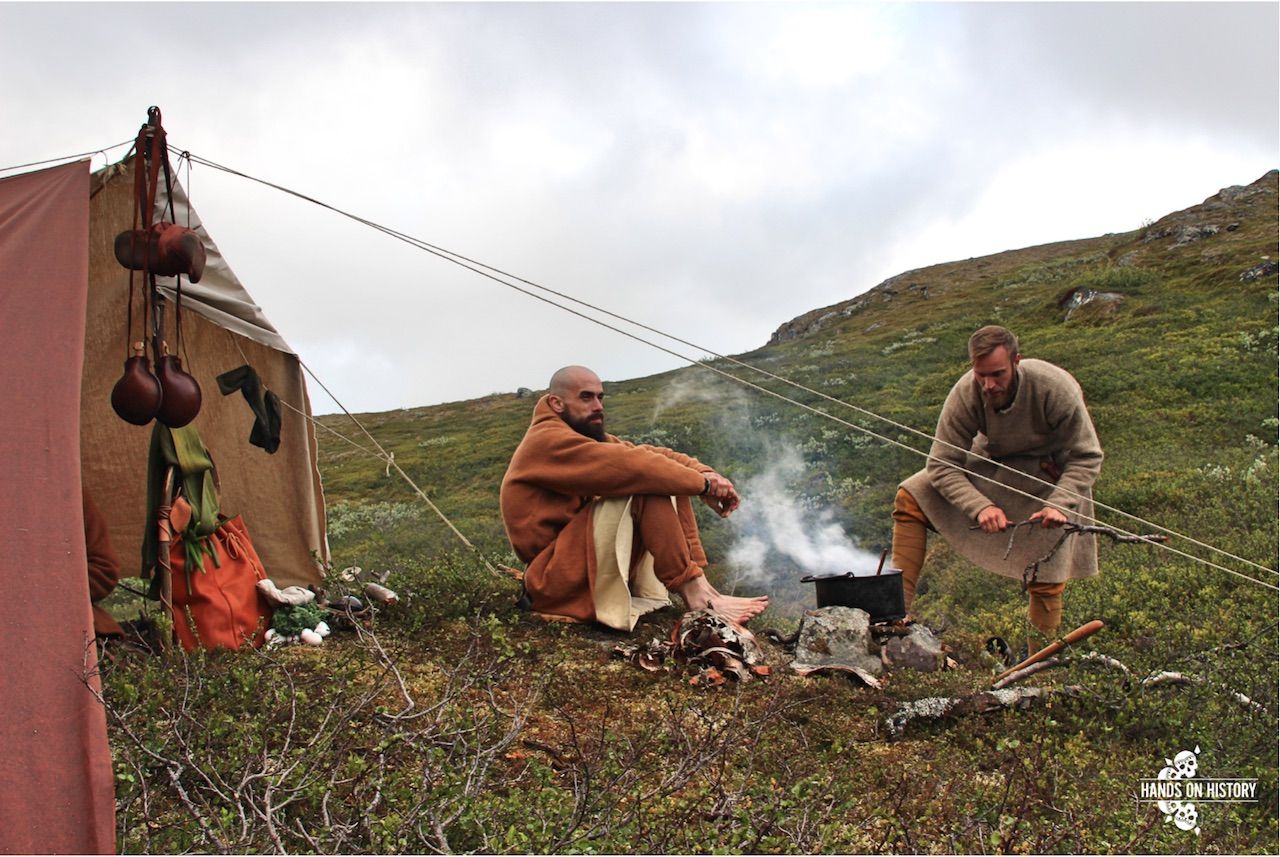 While this isn’t a traditional historic site or museum, Hike Like A Viking provides a unique opportunity to embrace the Viking lifestyle, even if just for a few days. Starting in Trondheim, participants will adorn authentic Viking apparel and gear to begin their journey back in history. The four-day hike is led by experienced guides and will have you navigating the Norwegian mountain region, preparing and cooking meals over an open fire, sleeping under the stars, and sharing traditional tales and songs. If that’s not enough to whet your appetite for all things Viking, cultural sites along the route date back to the most recent ice age. Multiple hikes happen each year, and you must register in advance.