Taking full advantage of its island status, the UK is peppered with pretty coastal towns. Seaside resorts like Blackpool have always been popular with holidaying Brits, but there are plenty of lesser-known towns and villages on the coast to explore. All four nations have something to offer, such as an Italianate village in Wales, a fishing harbor in Scotland, blue flag beaches in Northern Ireland, and smugglers’ coves in England — not to mention the islands. Here are some of the most underrated coastal towns in the UK. 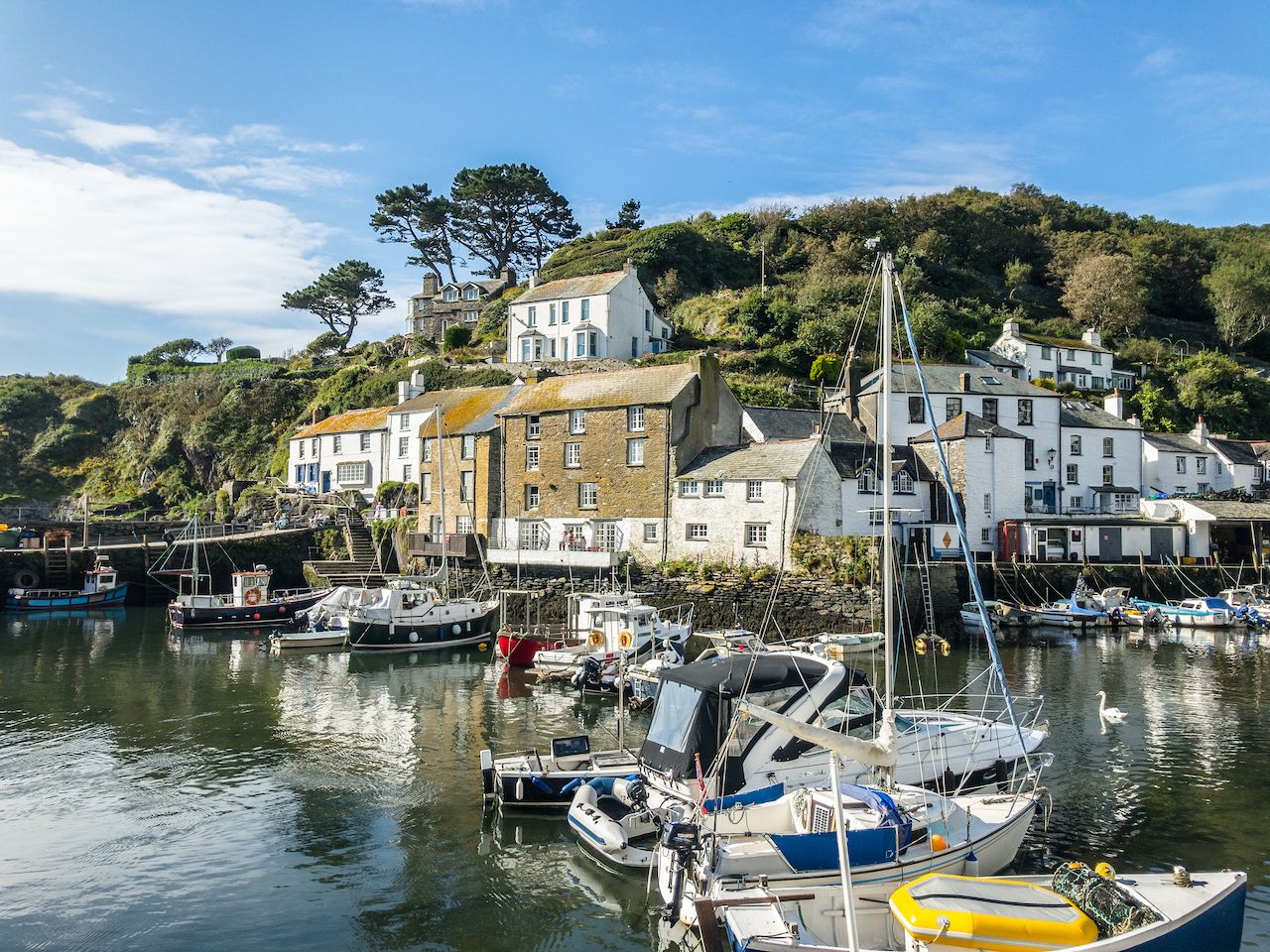 Whitewashed cottages form a horseshoe around a bay of iridescent blue water in this fishing harbor in Cornwall. Much of the Cornwall coastline fills up in summer with beachgoers and those looking to impress on a surfboard, but Polperro is managing to curb the negative impact of overtourism by banning cars from the narrow old town streets and encouraging community spirit. You can time your visit for June when the community-run Polperro Festival takes place, a week of art events, live music, a solstice bonfire, and plenty of eccentric traditions.

Polperro is also known for its colorful history of smuggling, which reached its zenith in the 18th century. A visit to the Heritage Museum of Fishing and Smuggling will have you doubting the innocence of those pretty white houses and fishermen’s boats. Visitors can also embark on a coastal walk along the South West Coast Path, leading to large beaches like Lantivet Bay and Lantic Bay. To really immerse yourself in some of Polperro’s charm, stay in The Cottage Bed and Breakfast, a 400-year-old gem run by the Fosters for the last 20 years. 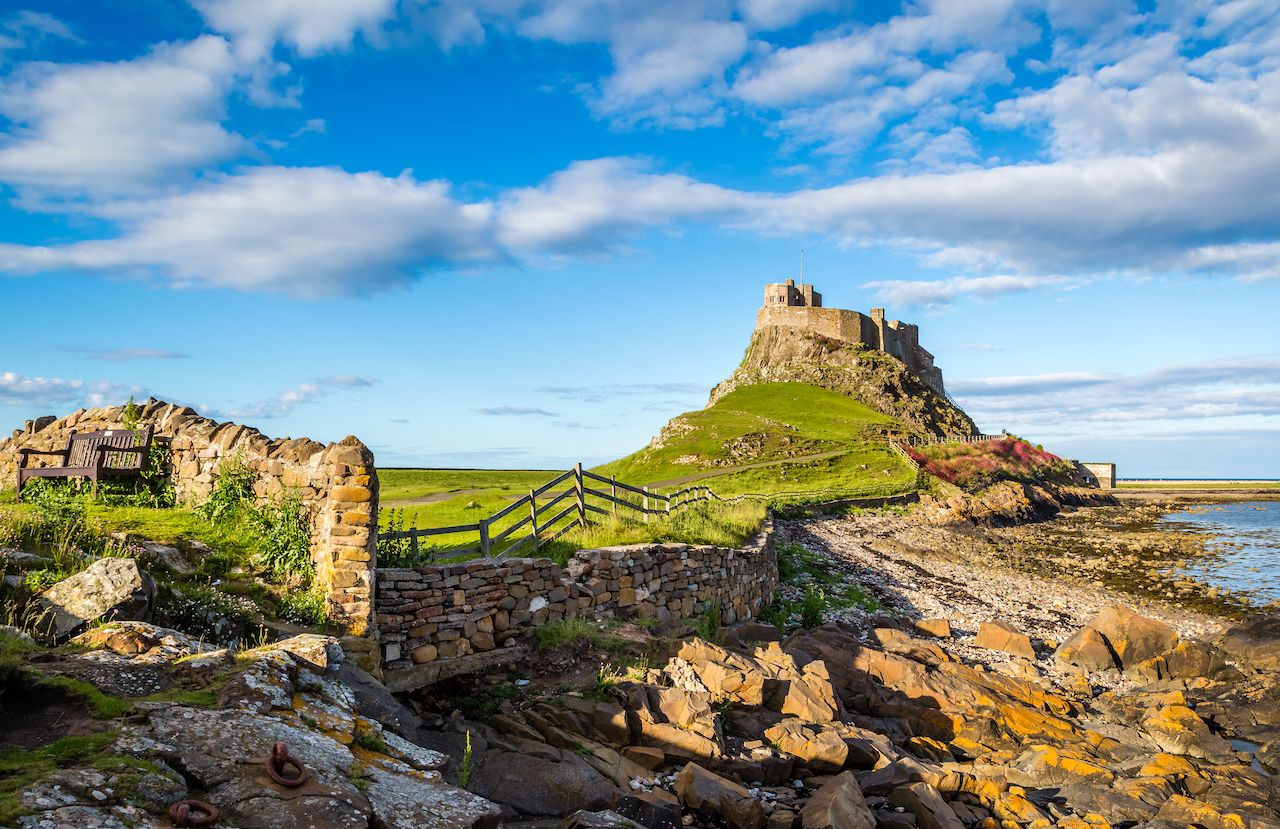 Lindisfarne, or Holy Island, is a tidal island off the northeast coast of England, which can be accessed by car across the tidal causeway when the tide level permits. It’s famous for having deep roots in Christianity, with St. Aidan arriving on the island in 635 and St. Cuthbert a little later. Remains of an ancient priory are still visible. The crowning (literally) feature of the island, however, is Lindisfarne Castle, an architectural blend of a Tudor fort and Edwardian mansion.

The small village, home to nearly all of the 160 residents that live on the island, is still equipped with a post office as well as the Lindisfarne Centre. At St. Aidan’s Winery you can try the famed local product, Lindisfarne mead. This is a fortified wine made with water, grapes, honey, and herbs, and is claimed to be an aphrodisiac. Lindisfarne is also, surprisingly, home to an artisan coffee roastery, Pilgrims Coffee. There are several places to stay on the island (particularly useful if you don’t pay attention to the tide times) such as the elegant red-brick Lindisfarne Hotel or the traditional Ship Inn. 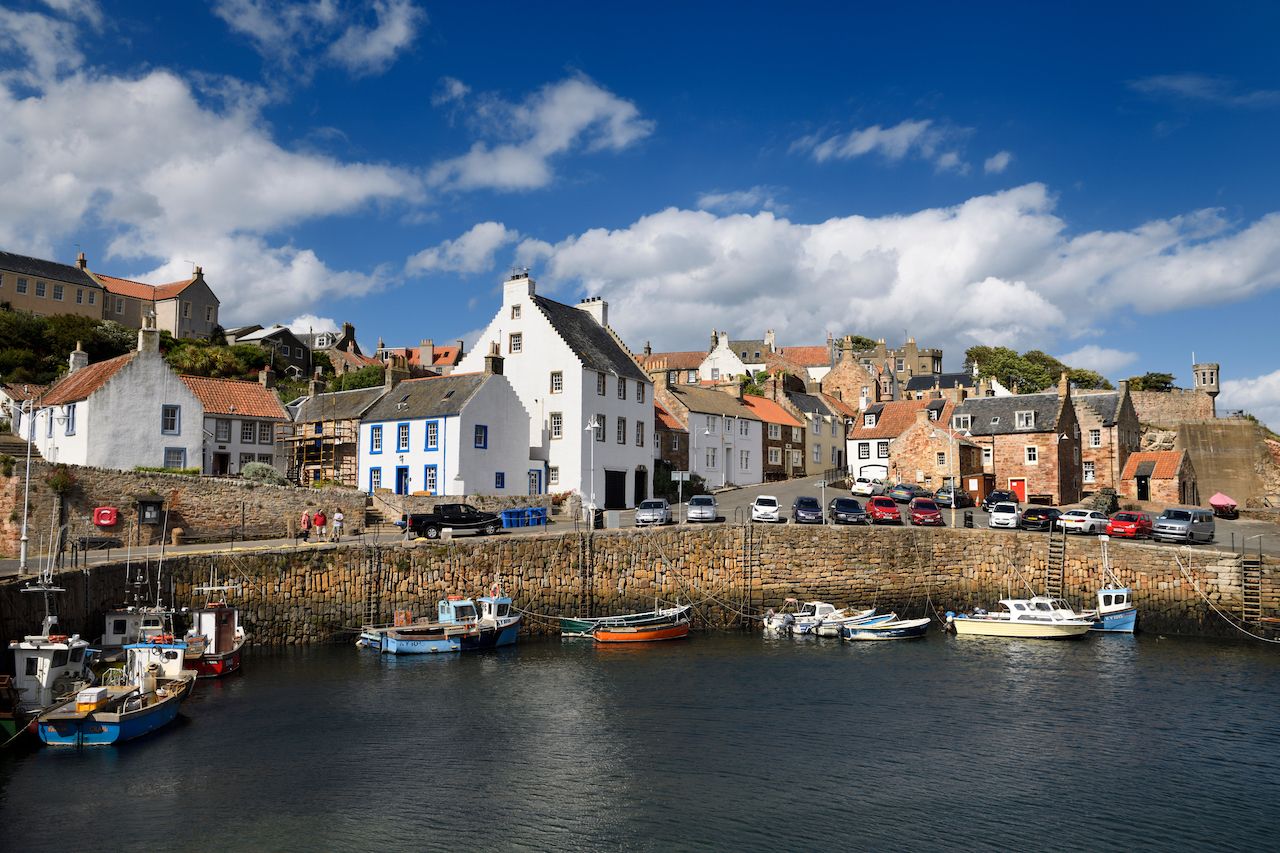 The village of Crail lies on the coast in the East Neuk area of Fife. Around the diminutive harbor are reddish stones and whitewashed fishermen’s cottages separated by narrow wynds. The Crail Museum and Heritage Centre is a good place to start to get an insight into its history as a royal burgh, the preaching of John Knox in Crail Kirk, and its seafaring tradition. Around the old center, you can see plenty of Scottish architecture and the Tolbooth, with a tower that’s appropriately topped with a smoked haddock-shaped weathervane rather than the traditional cockerel.

At various points throughout the year, you can taste seasonal seafood, particularly at the Lobster Hut where crab and lobster is cooked while you wait, but June sees the Crail Food Festival take over the small village. The festival is a celebration of local Fife produce, including plenty of seafood, breweries, ice cream producers, and even a chili farm. If you want a souvenir of a less perishable nature, visit Crail Pottery for a brightly painted plate to remind you of a (hopefully) sunny stay. If you are partial to a bit of home baking for breakfast, the Honeypot Guesthouse makes for a good place to stay the night. 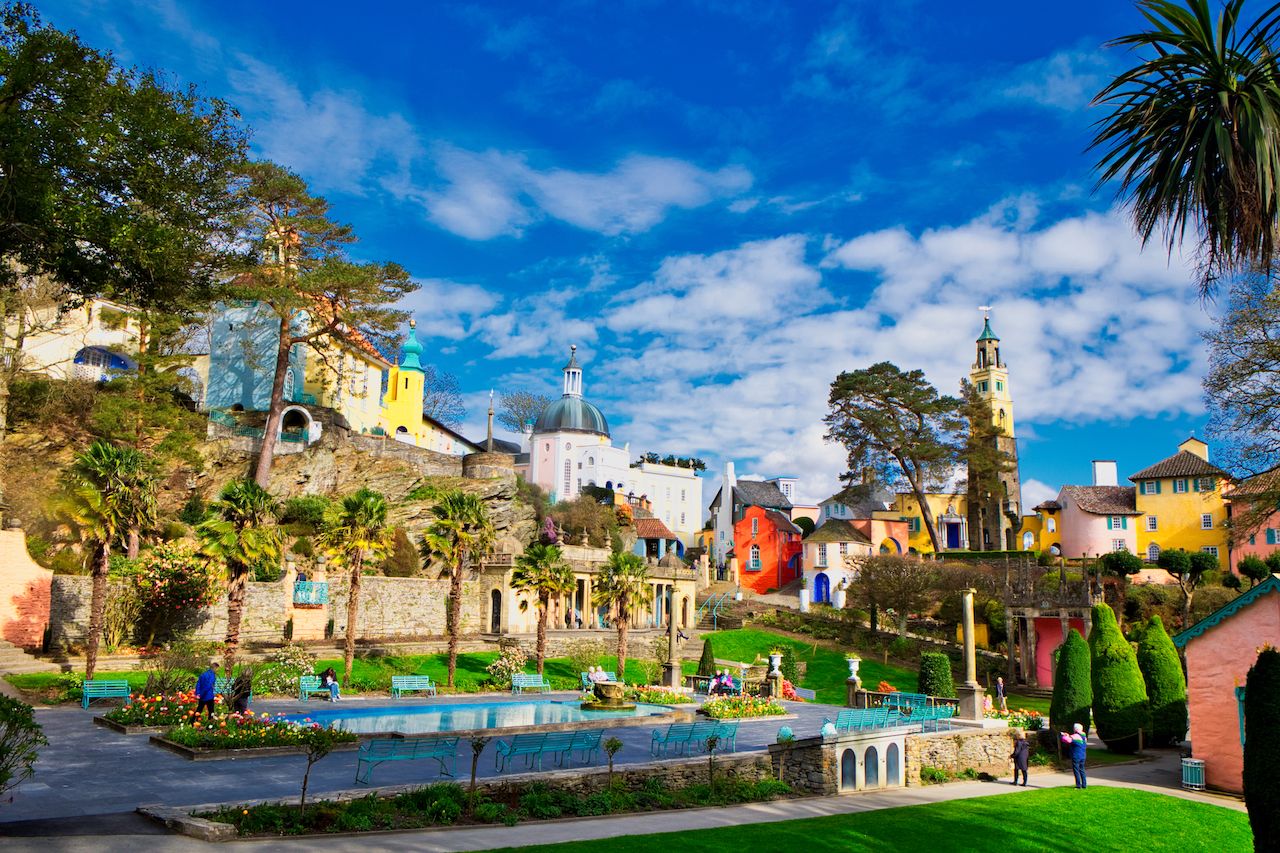 Portmeirion is one of Britain’s architectural quirks, a little hint of Mediterranean warmth on the north coast of Wales. Welsh architect Sir Clough Williams-Ellis designed the Italian-inspired village between 1925 and 1975, replete with a domed church, columned porticos on building fronts, and colorful walls. His playful, bricolage-style architectural creation is often seen as rejecting modernist ideals of rationality and severity that were rife at the time. Williams-Ellis sought to create a settlement that was in harmony with the natural landscape.

Now owned by a charitable trust, the village remains lively, if rather up-market. Visitors are encouraged to stay in the Grade II listed Hotel Portmeirion, which also boasts an award-winning Art Deco restaurant, though there are also self-catering cottages, most of which are on the scale of spacious townhouses. To complete your Italianate riviera experience, order a gelato from Caffi’r Angel. 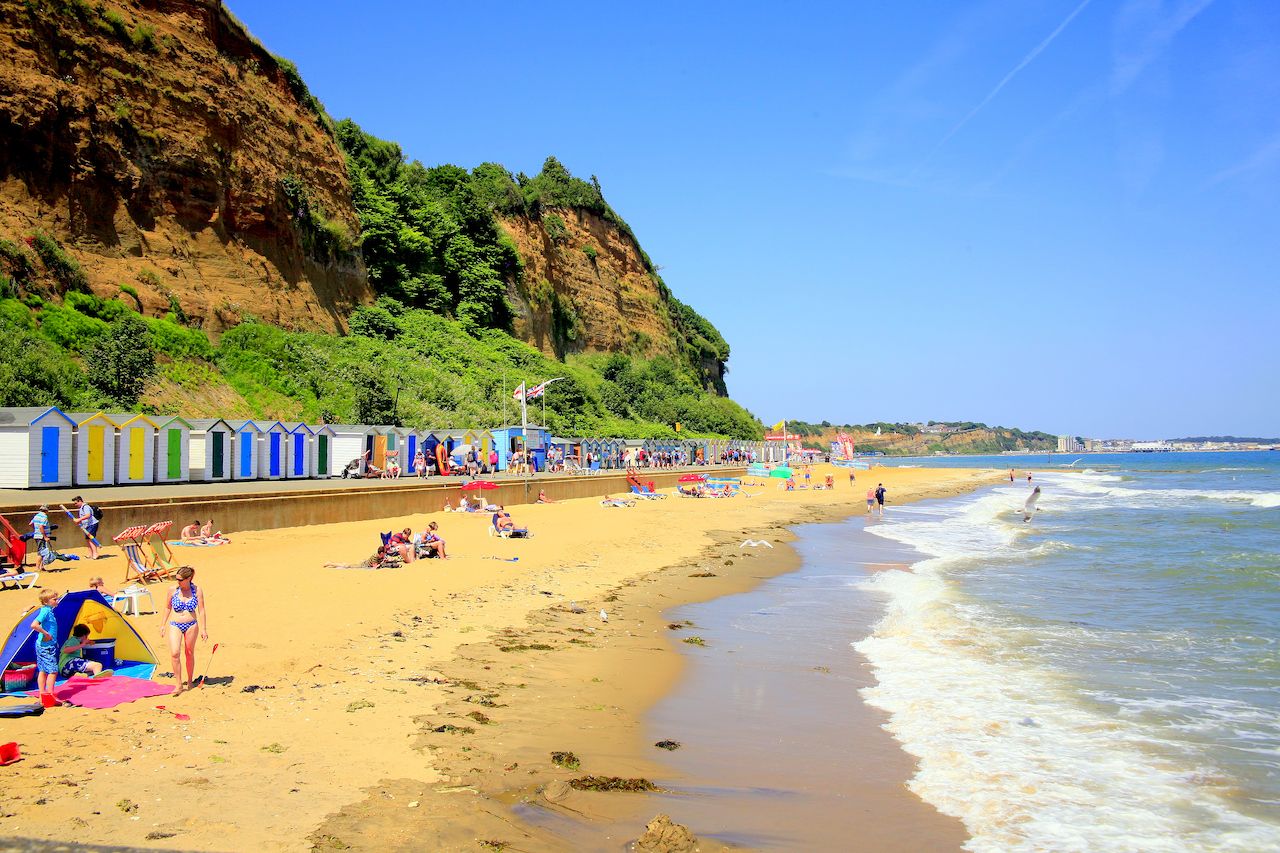 Not to be confused with nightlife capital the White Isle, this little town on the Isle of Wight is a cosy jumble of thatched cottages and chintz-loving tea rooms. One of the most popular attractions here is the Shanklin Chine, a spectacular wooded gorge with a natural beauty that was celebrated in a poem by John Keats.

The local specialty is the cream tea, easy to find in one of the many tea rooms, which traditionally involves a pot of tea and a mountain of scones with cream and jam. Modern takes have added savory nibbles and even Champagne. You can have tea in the Rylstone Gardens tea rooms, and then visit the Rylstone Bandstand for an outdoor concert on a summer evening. Romantics can stay in the Old Village at the Holliers Hotel, while those wanting some restorative sea air could try the Brunswick Hotel on the shore. 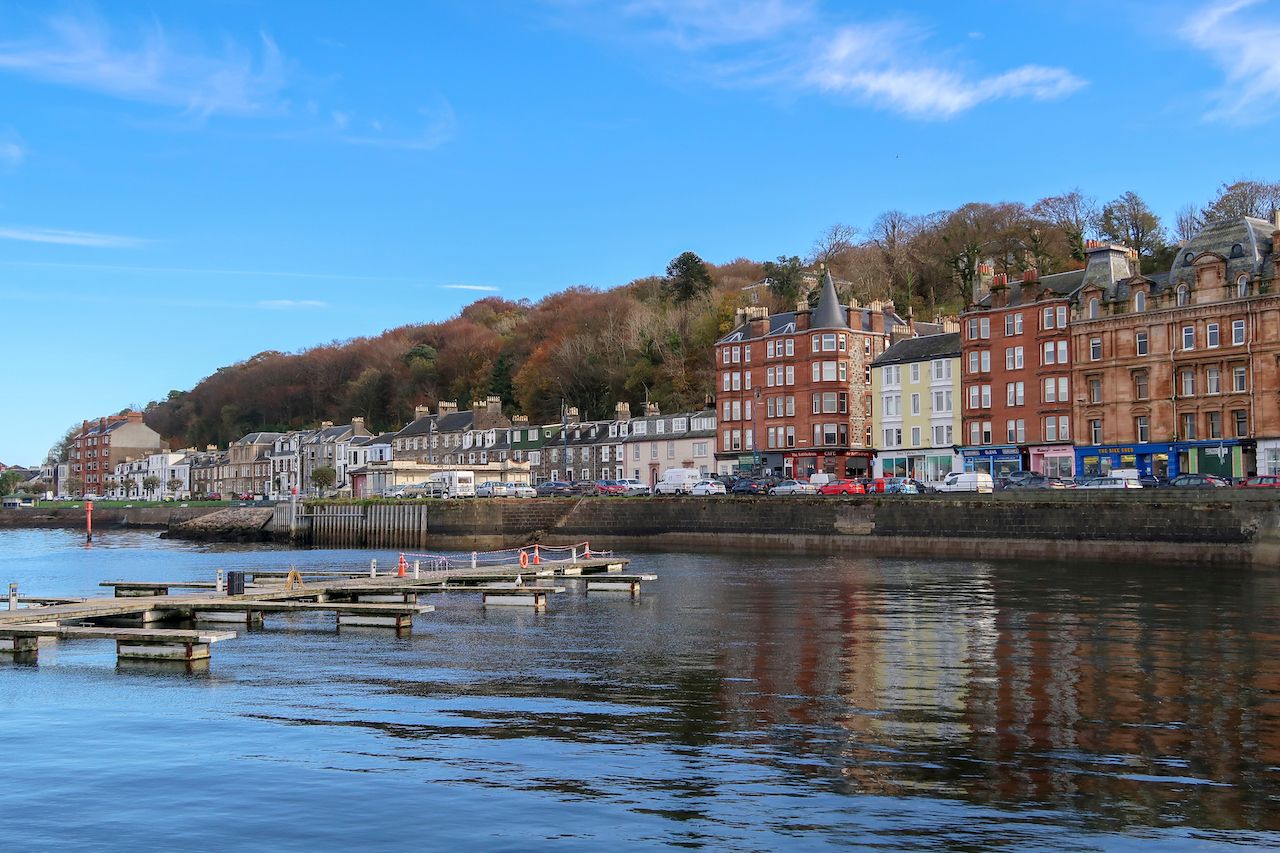 Off the west coast of Scotland, the Isle of Bute was once the regular haunt of Glaswegian holidayers and Rothesay the quintessential Scottish seaside town. Victorianisms are everywhere, from the stone villas overlooking the bay to the gents’ outfitters Fraser Gillies, which can supply you with a top hat and tails should the occasion arise. Another kind of top hat is famous in Rothesay, though a rather more prosaic version, which is an ice cream cone adorned with a marshmallow snowball from Zavaroni’s.

The Isle of Bute Discovery Centre is both an architectural extravaganza of Art Deco cast iron and glass, as well as being highly informative about the island. The Isle of Bute is also home to the ruins of Rothesay Castle, which dates back to the 13th century and fulfills all castle requirements of moat, drawbridge, and towering defense walls; and Mount Stuart House built in the Gothic Revival style and renowned for its colonnaded Marble Hall and the Marble Chapel.

Bracing Scottish sea air is never enjoyed more than when camping, so consider staying the night at the Roseland Caravan Park which affords magnificent views. If that seems a little risky with the notorious Scottish weather, you could stay a couple of miles away at the Kames Castle Estate where there is an 18th-century walled garden, tennis courts, and a river. 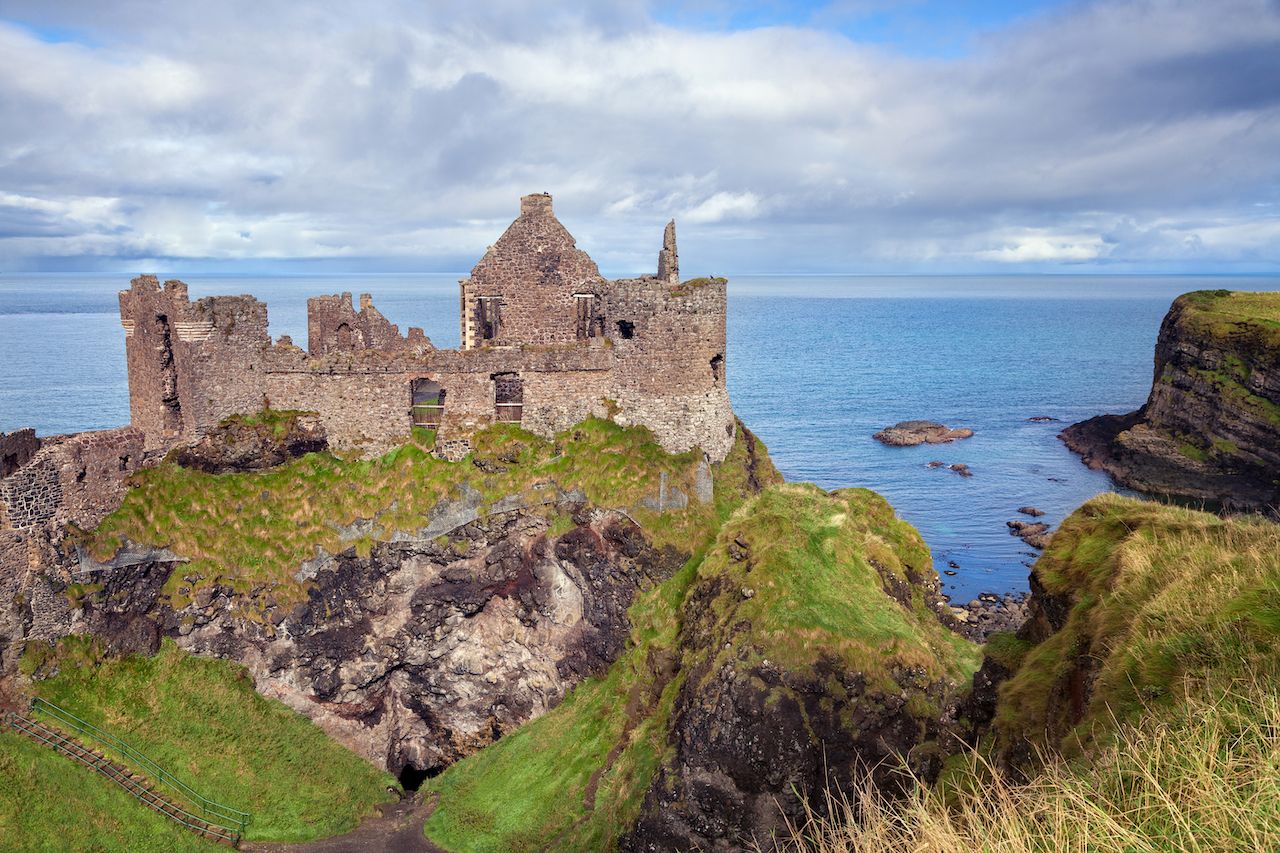 Lying on a peninsula jutting out into the Atlantic Ocean, Portrush is perfectly located for sea-life spotting and boat tours, and is blessed with two long stretches of golden beaches. You can visit the Coastal Zone, a marine center with tanks and rock pools with local sea life, and a viewing platform from where you can spot dolphins, seals, and porpoises.

The nature side is offset by the ever-popular Barry’s funfair featuring classic bumper cars, roller coasters, and lots of neon lighting. Nearby is the Bushmills Distillery, the oldest whiskey distillery in Ireland. To the east, you can visit the ruins of 13th-century Dunluce Castle, which featured in Game of Thrones. Golf lovers will also find a little slice of paradise at the Royal Portrush Golf Club and the challenging Dunluce Links that recently hosted the 148th Open Championship. Stay in a typical restored Victorian townhouse at Portrush Townhouse Boutique Hostel, within walking distance of the blue flag beaches. 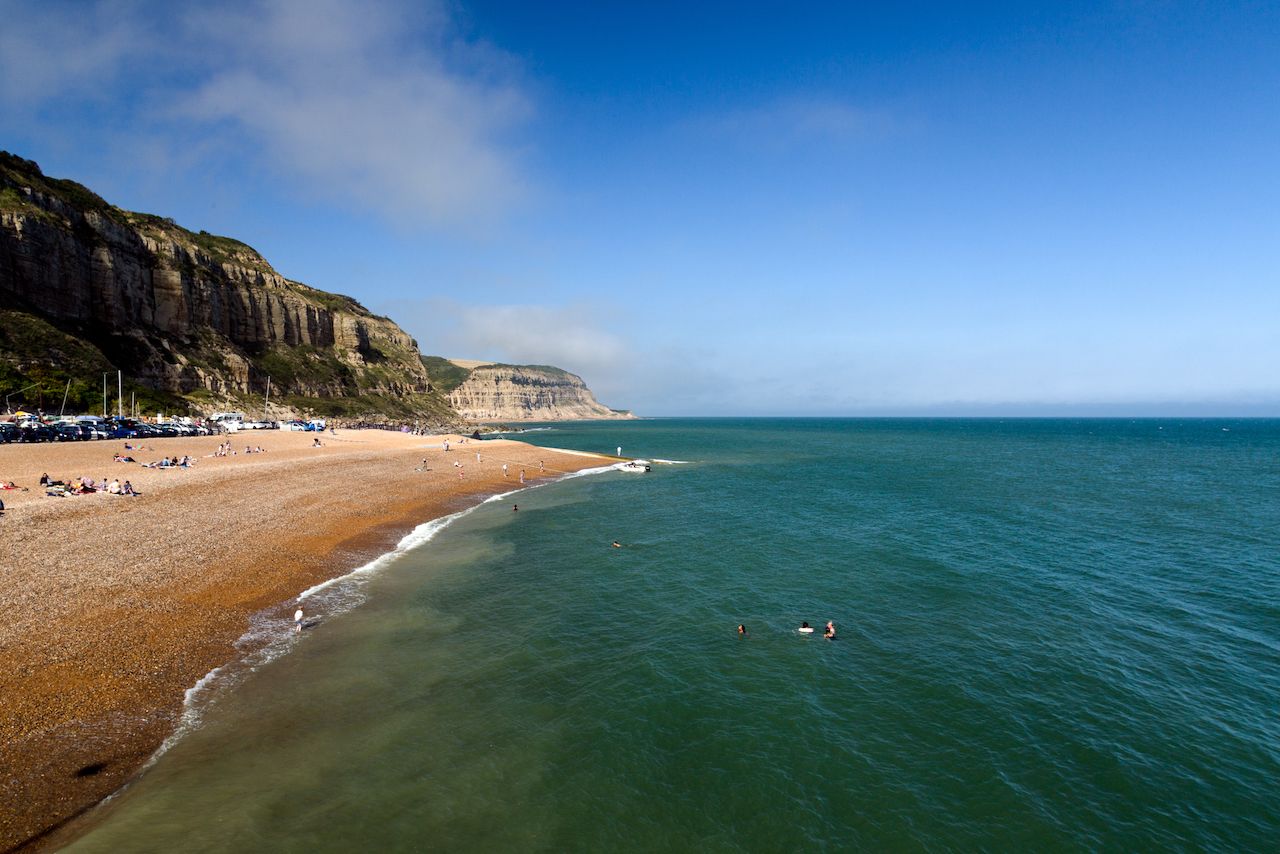 Those looking to visit an archetypal British seaside town should look to Hastings, home to posturing Edwardian hotels along the shore front, a Victorian pier, and colorful beach huts. But long before Victorian ladies came to “take the air,” the town was the site of the infamous 1066 Battle of Hastings and is still home to the ruins of the first castle built in England by William the Conqueror.

Though antiquated in its architecture, Hastings is still making a name on the modern culture scene with its arthouse cinema Kino-Teatr (with a Victorian ticket booth) and the contemporary art museum. As the sun sets, follow the scent of frying fish to Blue Dolphin Fish Bar, get takeaway, and sit on the pebble beach. Return to the Victorian era for your night’s accommodation, however, and stay in the old town at the characterful Old Rectory, decorated with eccentric elegance.