The coronavirus has rocked the United States’ economy, resulting in millions of laid off or furloughed workers. The result has been the biggest unemployment spike in the country’s history, with over 6.6 million people applying for unemployment benefits since the stay-at-home orders were given.

Yahoo created a graph and map that paints a clear (and troubling) picture of the unemployment situation in the US. 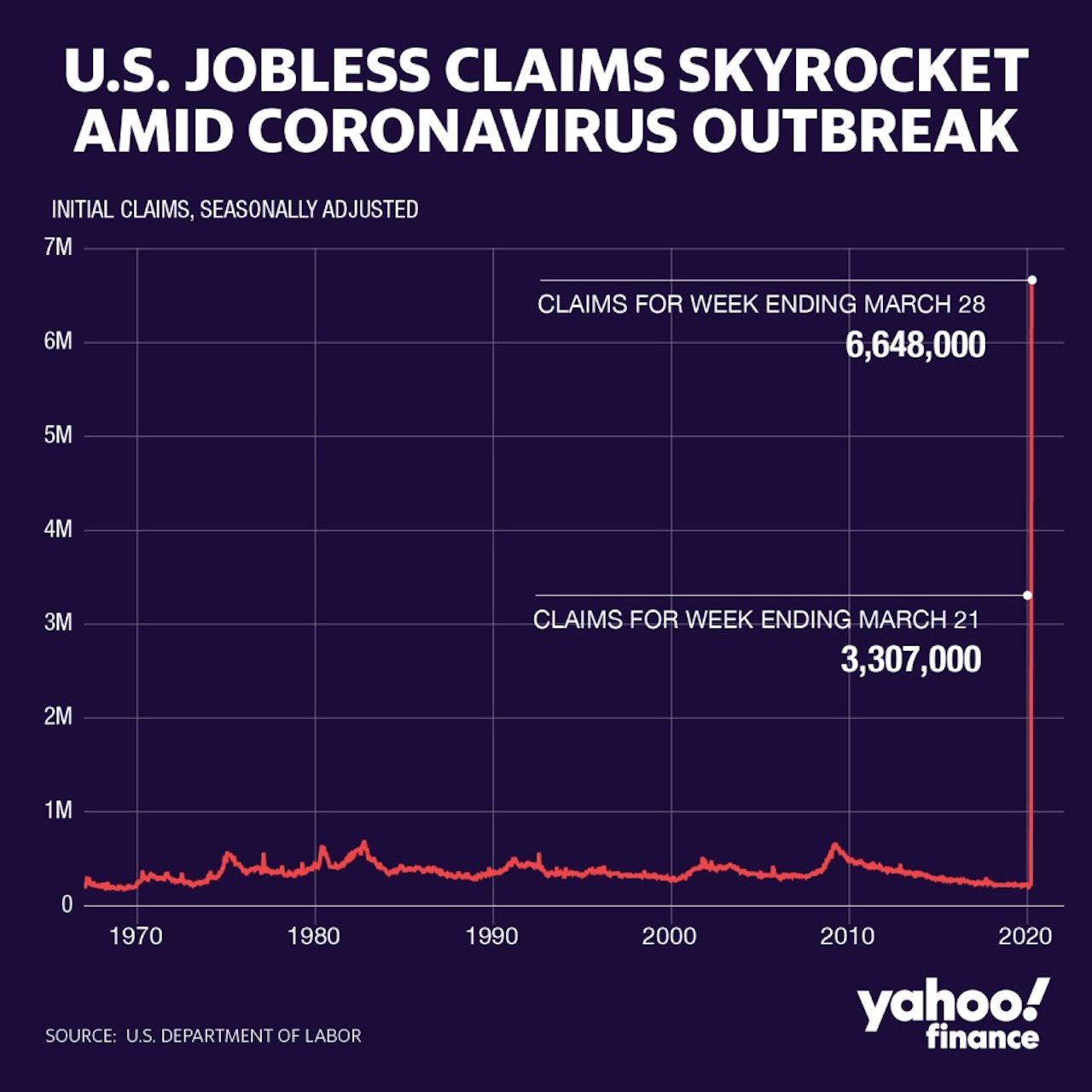 In many cases, states that took longer to implement lockdown orders also took longer for their unemployment numbers to rise, hence the staggering increase in the past week (double the numbers from the week before that, from 3.3 to 6.6 million claims in total). 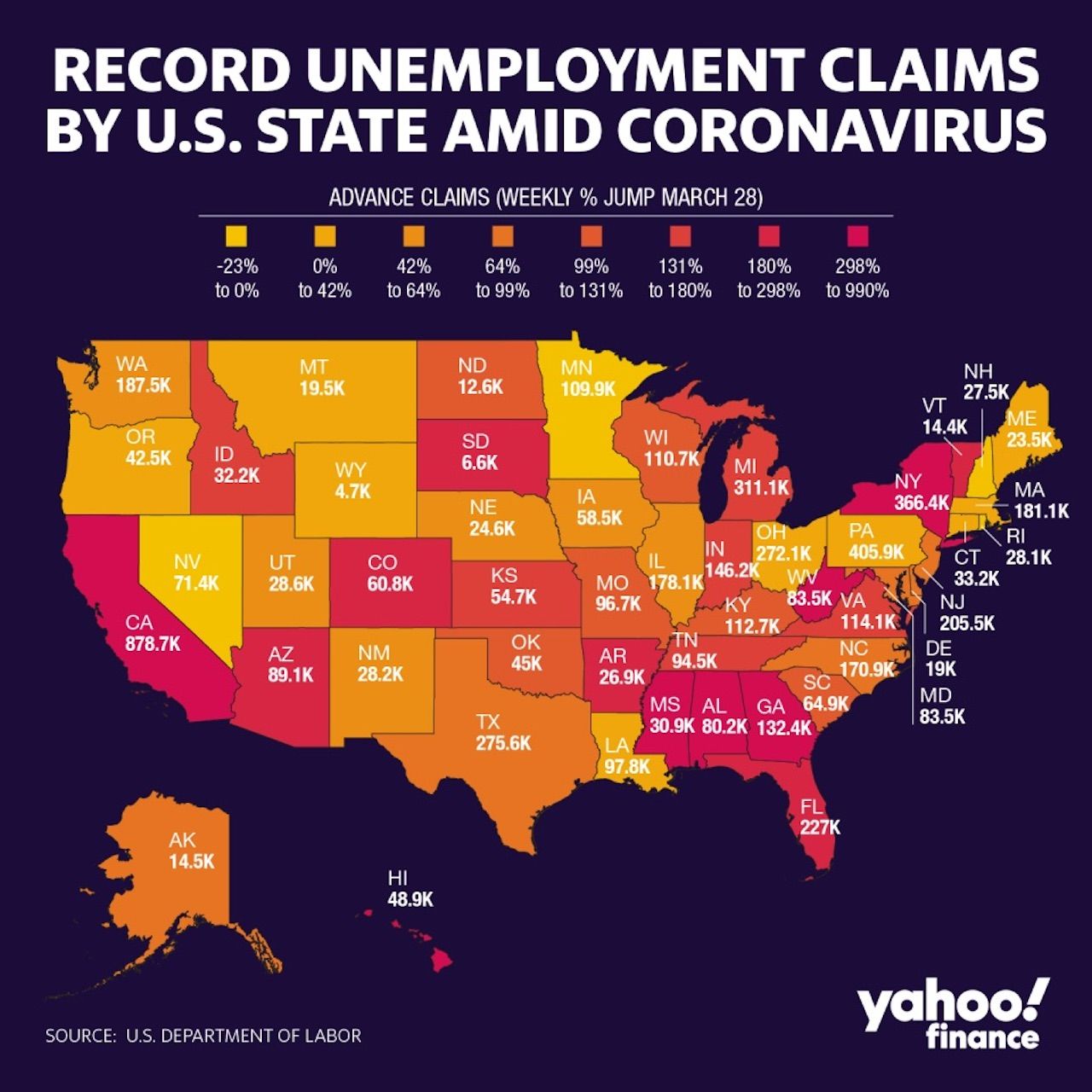 Texas, for example, was one of the most recent states to introduce a shelter-in-place order, so its unemployment numbers began reflecting the situation just this week. Indeed, this week Texas saw a 77 percent jump in unemployment claims, after posting relatively mild numbers the previous week.