There was a moment in 2020 when it seemed like the world stopped moving. Countries closed their borders. Cities issued stay-at-home orders. A Netflix documentary about Joe Exotic’s creepy kitten den became our only queer-travel escape, and we started living like his tigers: caged animals stuck under the thumb of a bleached-haired megalomaniac.

Remembering this moment, it’s easy to write off 2020 like Jake Tapper wrote off the first US presidential debate — as a “hot mess inside a dumpster fire inside a train wreck.” We lost queer heroes like AIDS activist Larry Kramer and trans travel writer Jan Morris. JK Rowling turned out to be a TERF (trans-exclusionary radical feminist). RuPaul couldn’t even manage to beat her mug for the Drag Race finale. But the world didn’t stop, Tiger King became a tired fad, and while most of the world made bread, the LGBTQ community made progress (…and also bread).

When clubs shuttered in March, we started virtual raves. Zoom shindigs like Club Quarantine gave circuit queens around the world a place to party safely every night of the week.

When gay bars closed, we donated money to keep them open. GoFundMe campaigns saved queer spaces like Aunt Charley’s Lounge in San Francisco and Julius’ in NYC, and lesbian bars banded together to raise money for the 15 remaining US lady lounges.

When Pride parades folded, we celebrated online. Virtual gatherings turned June’s festivities into the most accessible celebration to date, offering anyone with WiFi the opportunity to participate.

This isn’t to say the trauma caused by the ongoing health crisis wasn’t significant, but as the self-proclaimed “Black, lesbian, feminist” Audre Lorde said, “we are powerful because we have survived.” As the end of the year draws near, let’s celebrate more than mere survival. Let’s celebrate the way we rose from 2020’s dumpster fire and learned to thrive in spite of our circumstances. 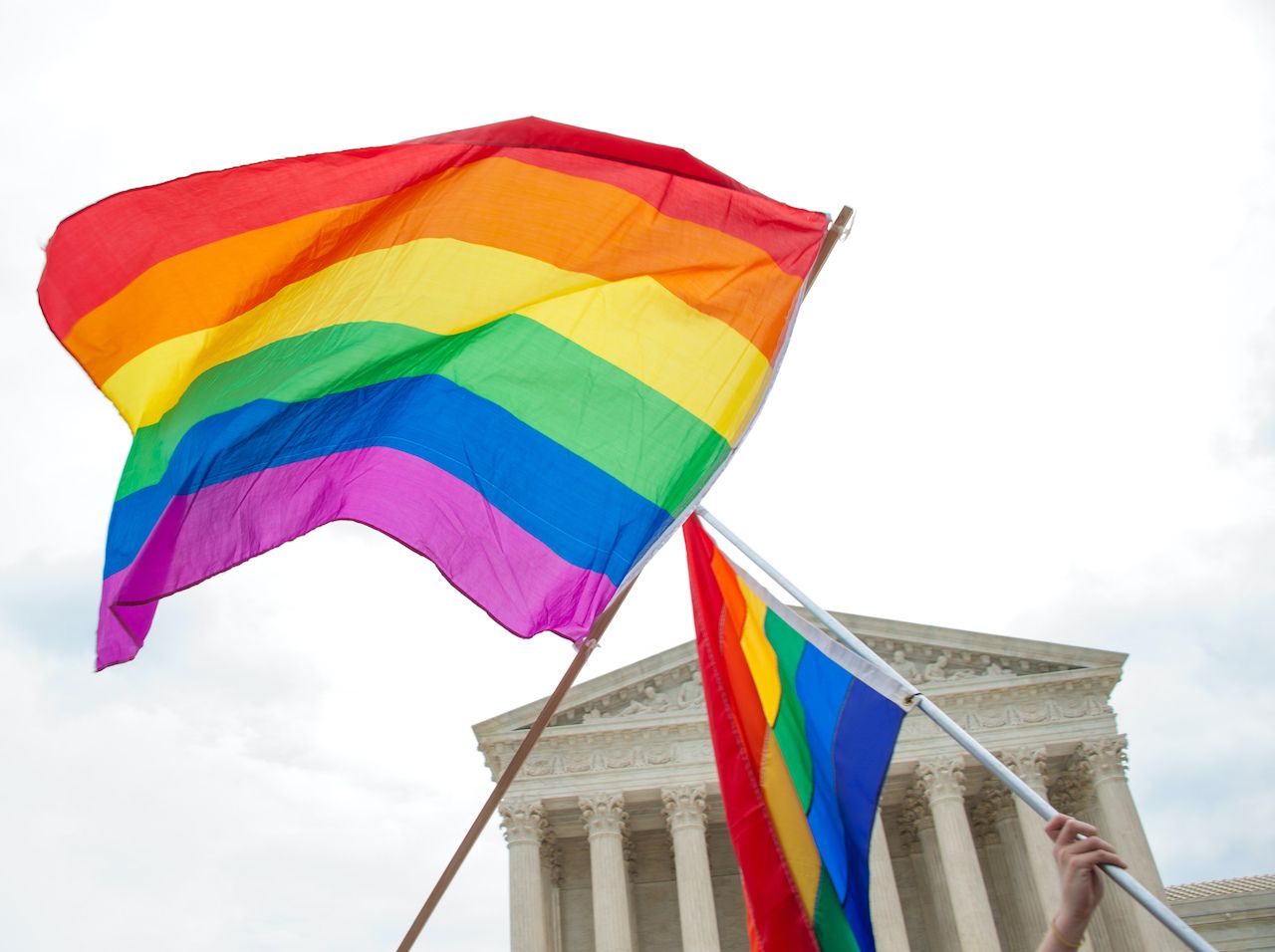 There’s plenty of work to be done in the global fight for LGBTQ equality, but a global snapshot of this year’s progress proves we’re on the right track.

In July, Sudan removed the death penalty and flogging as punitive measures for homosexuality. Norway passed a law banning hate speech against trans and bisexual people. Argentina now requires one percent of all public sector jobs to be set aside for transgender people, protecting the community from traditionally high unemployment rates. The United States Supreme Court voted to prevent workplace discrimination based on sexuality or gender identity. And the Netherlands proposed a constitutional amendment to protect LGBTQ rights.

Conversion therapy, a pseudoscientific practice that attempts to change a person’s sexuality or gender identity, is as effective as injecting yourself with disinfectant to cure COVID-19. You shouldn’t do it, and you shouldn’t trust anyone who tells you to do it — even if they’re the President of the United States.

This year, lawmakers around the world took this sage advice to heart. Germany and Albania became the fifth and sixth countries in the world to outlaw conversion therapy. Utah and Virginia outlawed the practice on minors, as did Mexico City. Canada’s parliament is on track to pass the world’s most progressive conversion therapy legislation to date, and New Zealand’s ruling party vows to enact a similar ban in the near future. 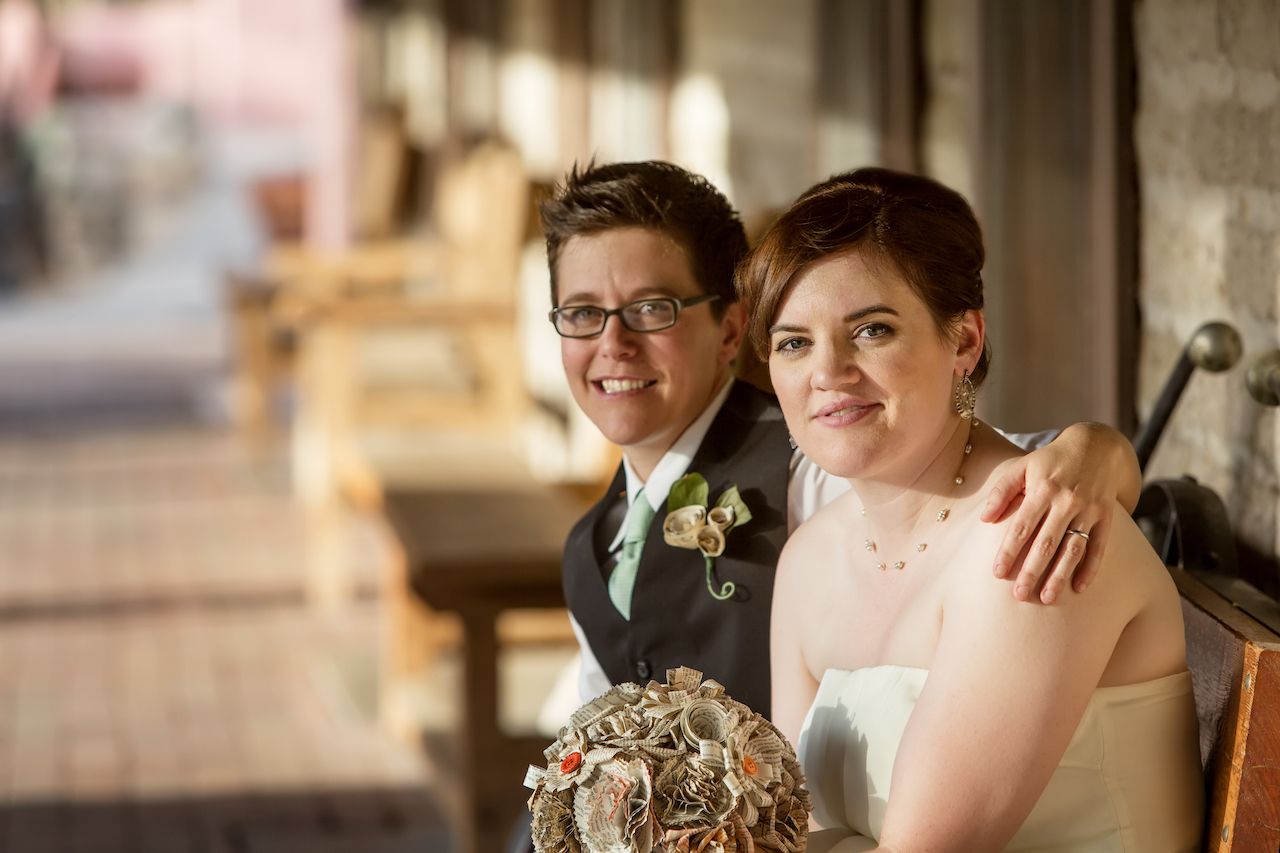 Even the reigning daddy of all things Catholic decided it was time to get a little queer in the year of our Lord 2020. In the documentary Francesco, which came out in October, Pope Francis says that gay people are “children of God and have a right to a family.” He then adds, “What we have to create is a civil union law. That way, they are legally covered.”

Andorra, Costa Rica, Northern Ireland, and the tiny island of Sark didn’t need the Pope’s endorsement to pass marriage equality — they all legalized same-sex marriage earlier this year. Montenegro voted to legalize same-sex civil partnerships in July. Nevada became the first American state to protect marriage equality in its constitution. Conservative Switzerland started teasing LGBTQ couples with the promise of equal marriage rights this year, too. Proper legislation is bound to pass shortly: Over 80 percent of the country’s residents are just as ready to move on from this antiquated conversation as the rest of us.

The world saw a record-breaking number of queer leaders win public office in 2020, favoring a future where LGBTQ rights get the consideration they deserve. Marie Cau became the first transgender mayor elected in France. Belgium chose Petra de Sutter as the country’s new Deputy Prime Minister, making her the highest-ranking transgender politician in the EU. In the US, November’s election results moved queer Americans to dance in the streets. Over 220 LGBTQ candidates won positions of power, including Sarah McBride, the first transgender person elected to a state Senate, and Ritchie Torres, the first gay Afro-Latino man elected to Congress.

Most importantly, Joe Biden, the first president-elect in history to name the transgender community in a victory speech, is on track to become the most LGBTQ-friendly POTUS in history. Unlike Trump, who moved to ban transgender people from serving in the military, Biden already appointed a trans veteran, Shawn Skelly, to his Defense Department transition team. The president-elect also plans to prioritize enacting the Equality Act once he takes office, guaranteeing LGBTQ protections under civil rights laws. After years of setbacks under the Trump administration, Biden’s victory is a victory for all LGBTQ Americans.

The promise of protests 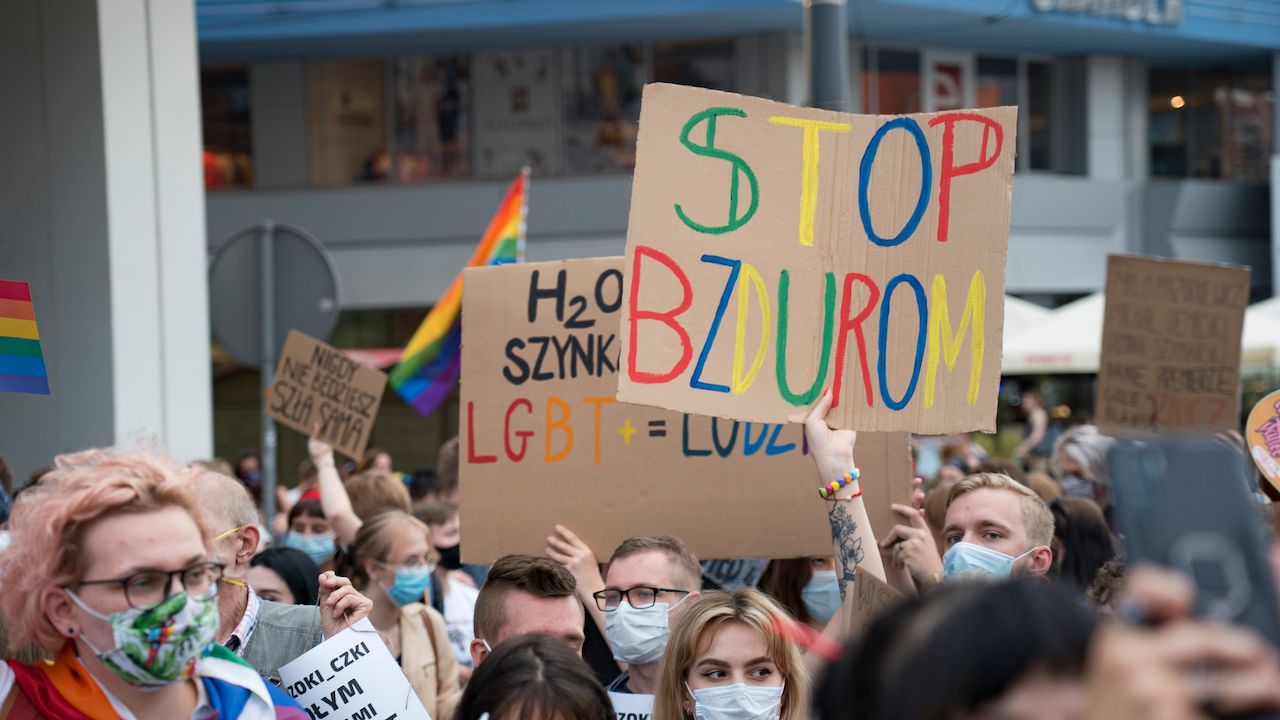 Not all triumphs came in the form of legislation this year. Some are the seeds of revolution planted by everyday citizens, watered with the hope that they’ll lead to political action.

In early August, thousands of protesters took to streets in Warsaw, Krakow, Lublin, and Wroclaw to fight for LGBTQ rights. Advocacy groups dubbed the demonstrations “Polish Stonewall,” comparing the uprising to the 1969 NYC protests that sparked a fire fueling a new wave in the modern LGBTQ rights movement.

Poland, which narrowly re-elected its dangerously anti-LGBTQ President Andrzej Duda in June, is ranked as the worst place to be gay or trans in the European Union, and an increase in hate-fueled violence forced many queer residents to flee in recent years. Those who remain continue to resist, led by groups like Stop Bzdurom, which translates to Stop Bullshit, and Campaign Against Homophobia (KPH).

On June 14, an estimated 15,000 people gathered in Brooklyn to march for Black trans lives. The protest, known as Brooklyn Liberation, demanded justice for Riah Milton and Dominique “Rem’mie” Fells, two Black trans women murdered over a 24-hour period earlier that week. Their deaths are part of an epidemic of violence faced by the transgender community.

Brooklyn Liberation, possibly the largest march for Black trans people in history, is an exclamation point on an important year for trans visibility. Juno star Elliot Page recently came out as transgender, Brazilian model Valentina Sampaio became the first trans woman to appear in Sports Illustrated, and Leonie Dorado garnered attention as Bolivia’s first trans news anchor. There’s no doubt all this media attention and public acceptance means sweeping change is on its way. After the year we endured, that’s a win worth celebrating.

LGBTQ TravelThe Best Warm-Weather Getaways for LGBTQ Americans This Winter
Tagged
LGBTQ Travel
What did you think of this story?
Meh
Good
Awesome