Sometimes the itch to drink outside is so strong that not even a fenced-in patio can satiate the urge. For better or worse, the vast majority of municipalities in the United States have forbidden the practice of drinking on the street. But a few stalwarts remain standing for the casual public consumer of cold ones. These nine US cities allow you to break through the confines and stretch your legs with a walk about the neighborhood, drink in hand. 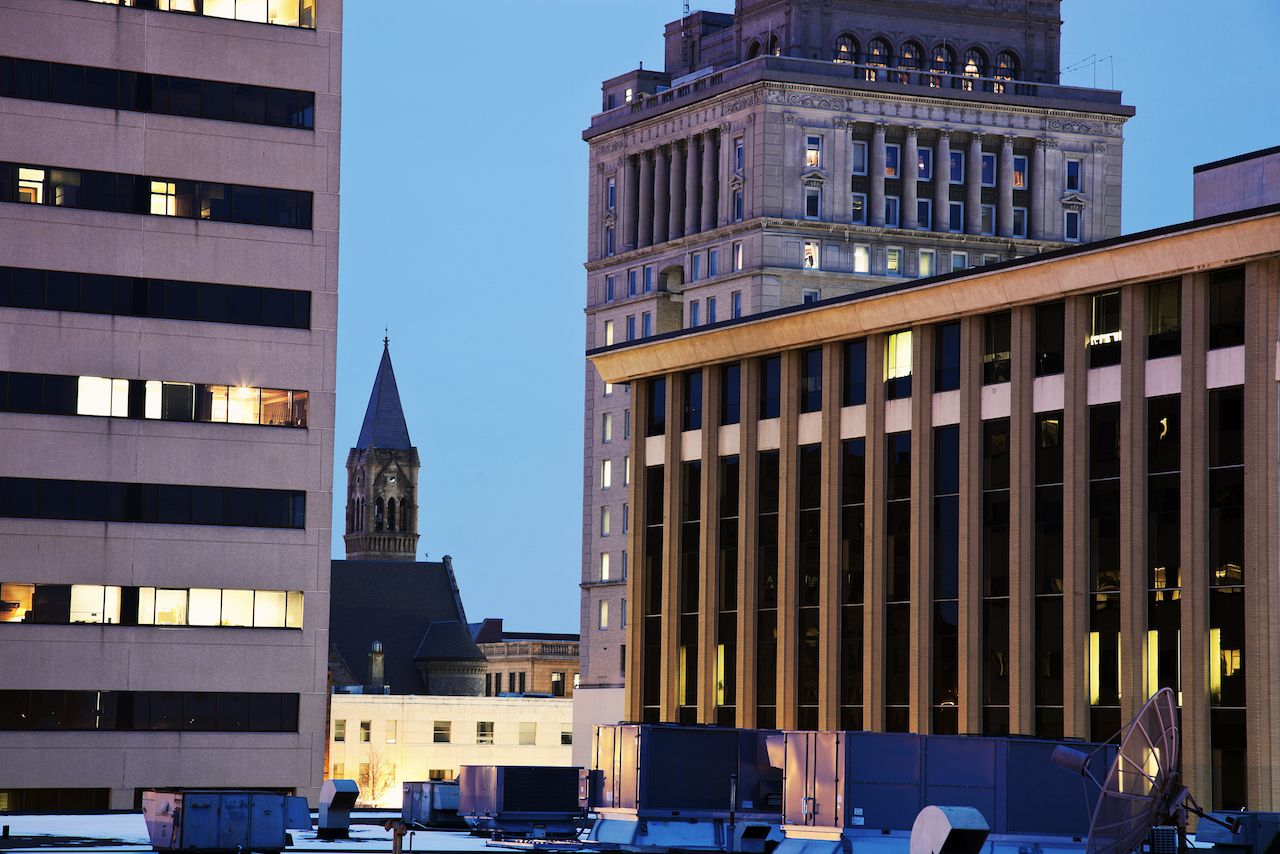 You can stuff a sixer into your rust belt in Canton, Ohio, as of June 3, 2016. On that historic day, the city council approved what they dubbed the “Designated Outdoor Refreshment Area,” which, in addition to letting visitors to the city’s downtown core crack one open and enjoy it, gets the award for coolest name ever given to a designated drinking space. Other Ohio cities including Toledo and Middletown have similar policies though Canton has set the bar by concentrating it in a way that accentuates the already lively bar scene downtown. Canton’s law is especially useful nowadays as NFL fans visiting the city for its Pro Football Hall of Fame may want to raise a toast to a bygone era when the Super Bowl wasn’t won by the same team every year. 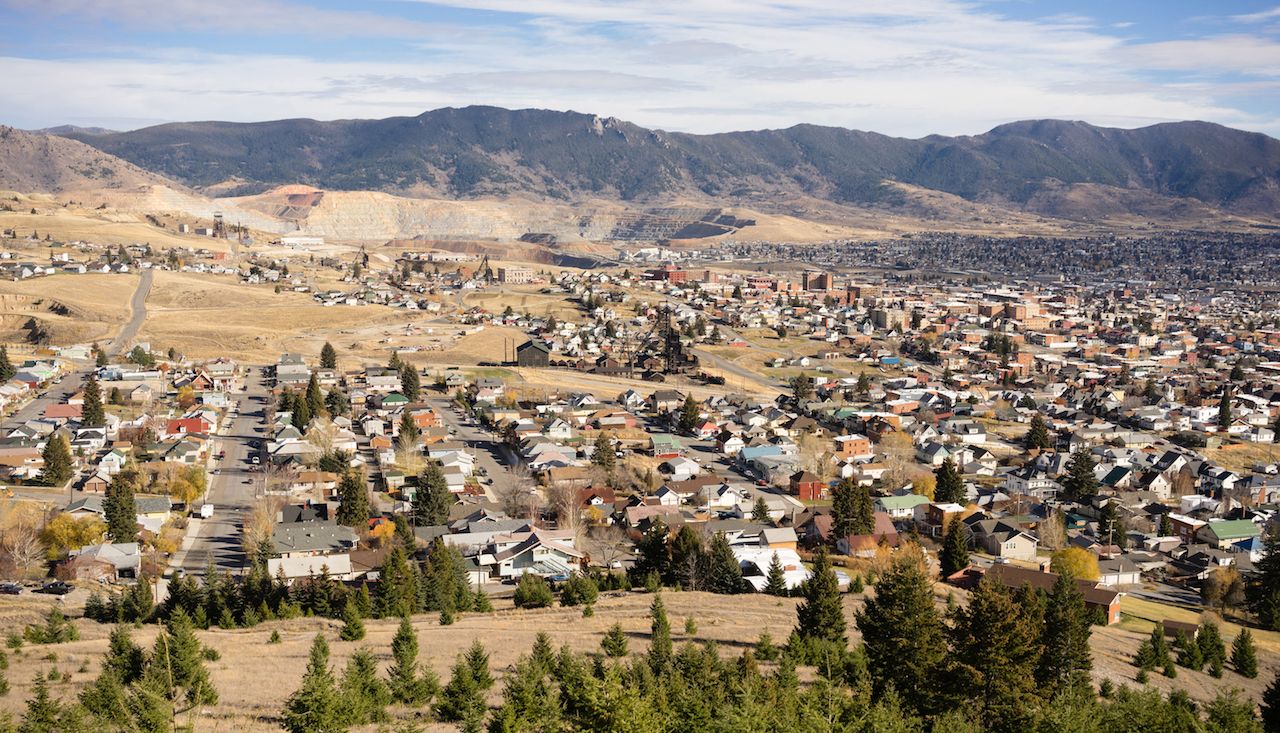 In Butte, you can freely imbibe on the streets provided that you abide by Montana’s 2:00 AM last call. Drinking in public is prohibited between the hours of 2:00 and 8:00 AM, but outside of general sleeping hours, it’s no holds barred when it comes to having a nipper in front of your fellow pedestrians. Should you find yourself strolling down Park Street and in need of something to keep your hand occupied, the beverage of choice should be a Montucky Cold Snack. If someone were to call and ask what you’re doing, it sounds much classier to tell them you’re having a quick snack than to reveal that you’re drinking on a street corner in the middle of the afternoon. 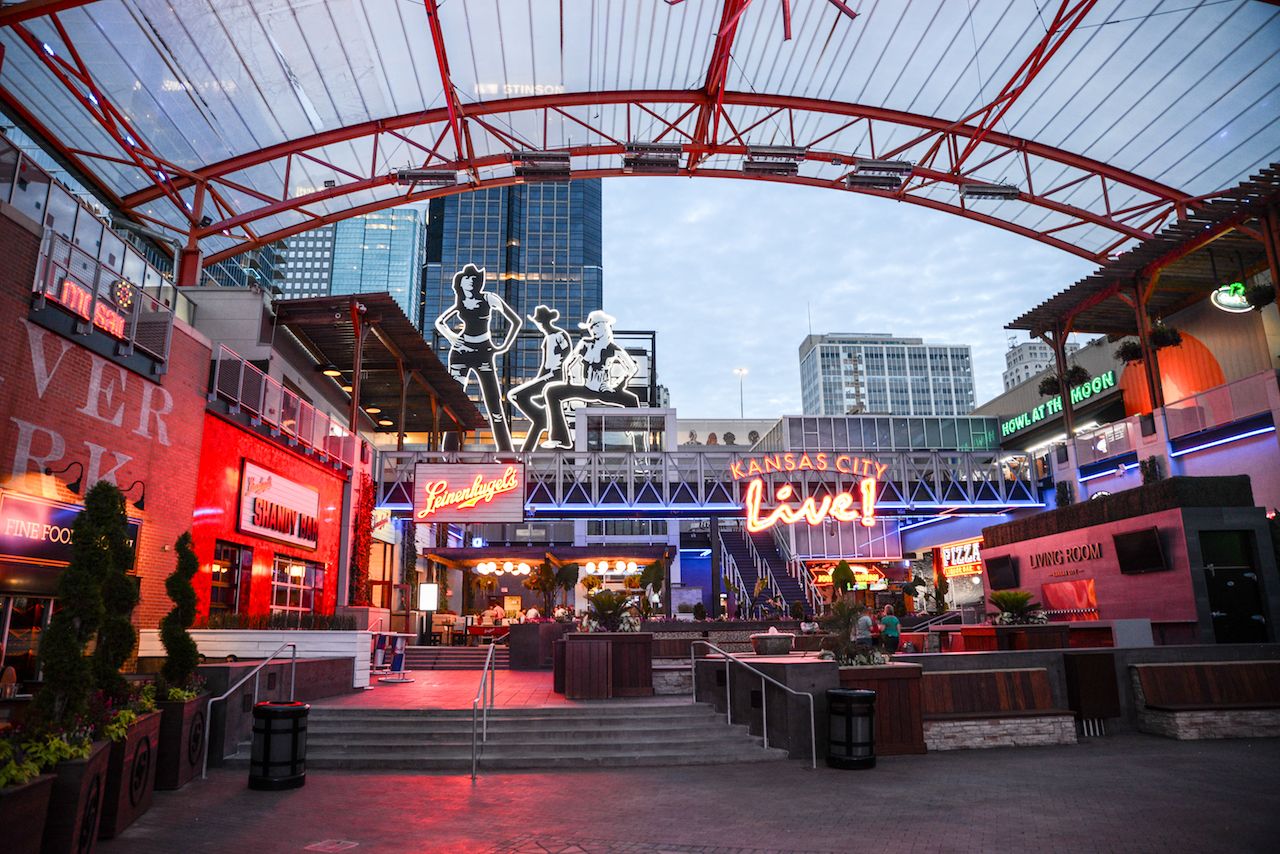 The Power and Light District should be your first stop upon arriving in the City of Fountains. This entertainment and bar district bills itself as “A Little Slice of Ireland in Kansas City,” but it takes it one step further than Ireland by allowing open containers within the confines of the neighborhood. The catch is that you have to drink out of a plastic cup, but it’s all good because the high density of frat boys and high-pitched squeals spilling out of the area’s pubs will already have you feeling as though you’re at a college house party. 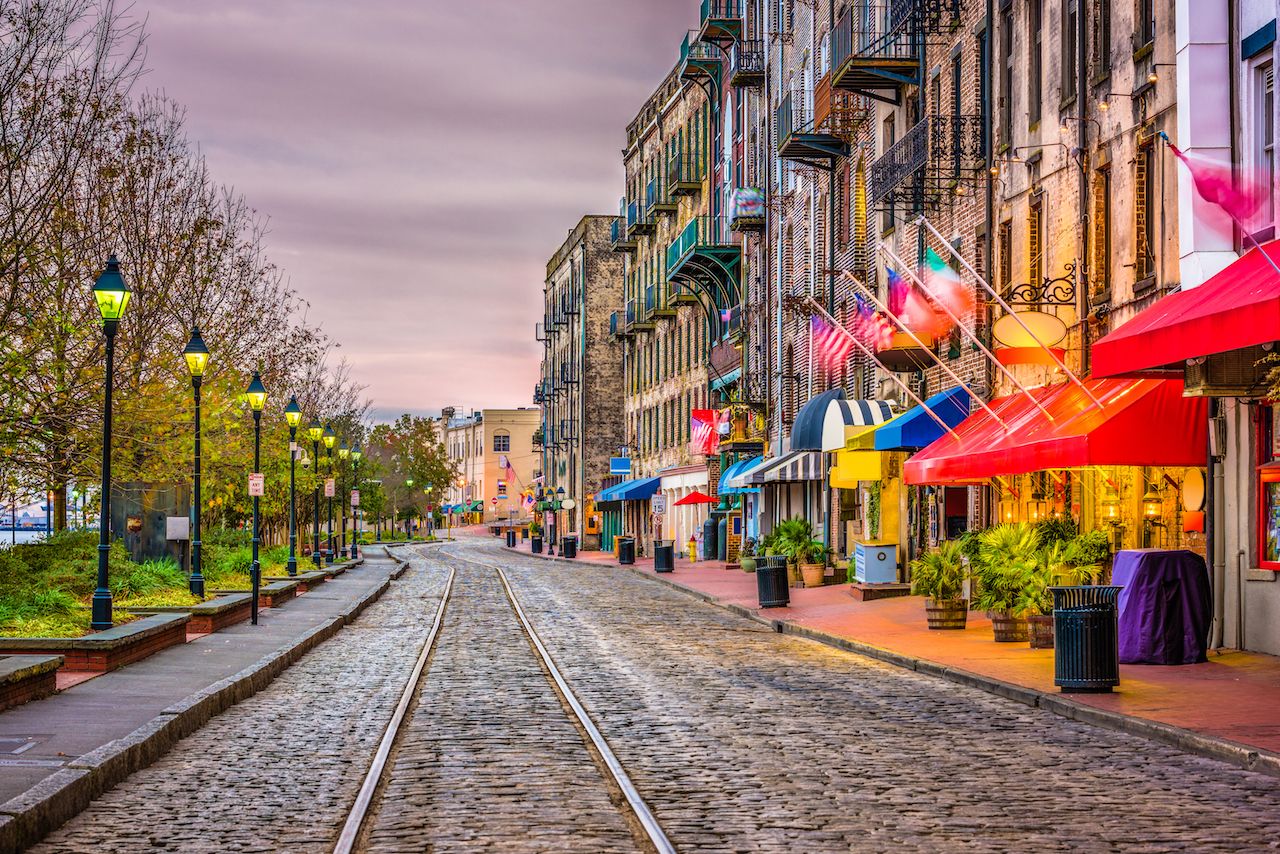 You’re allowed one alcoholic drink in a plastic cup up to 16 ounces in Savannah’s Historic District. Should you forget to bring one from home, the neighborhood’s pubs will happily provide you with one, which explains why nearly everyone you pass on the street in the evenings doesn’t seem to be in any hurry to get wherever it is that they’re going. Many a beer-side conversation happens out in the open here, and it’s become such a selling point that the city actually raises a giant plastic cup instead of a crystal ball for the annual New Year’s Eve countdown. This epic tradition is appropriately titled “Up The Cup.” 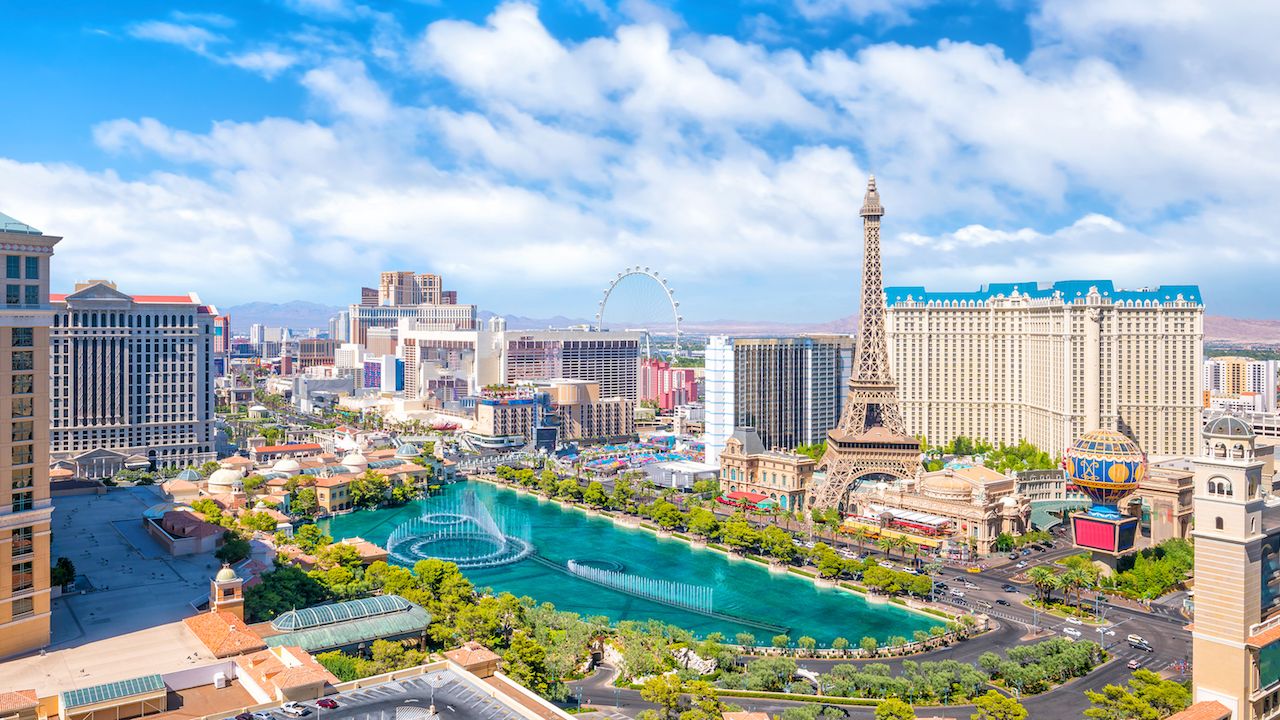 Drinking on the Las Vegas Strip is no secret and certainly nothing new. What you might not know, however, is that the ability to imbibe in the open actually extends to the whole of Clark County, so there’s no need to toss your cocktail should you decide to meander past the strip itself. Just don’t pop the cap open until you’ve walked at least 1,000 feet from the point of purchase — drinking in front of the liquor store is, as The Hangover’s Alan Garner would say, “frowned upon.” 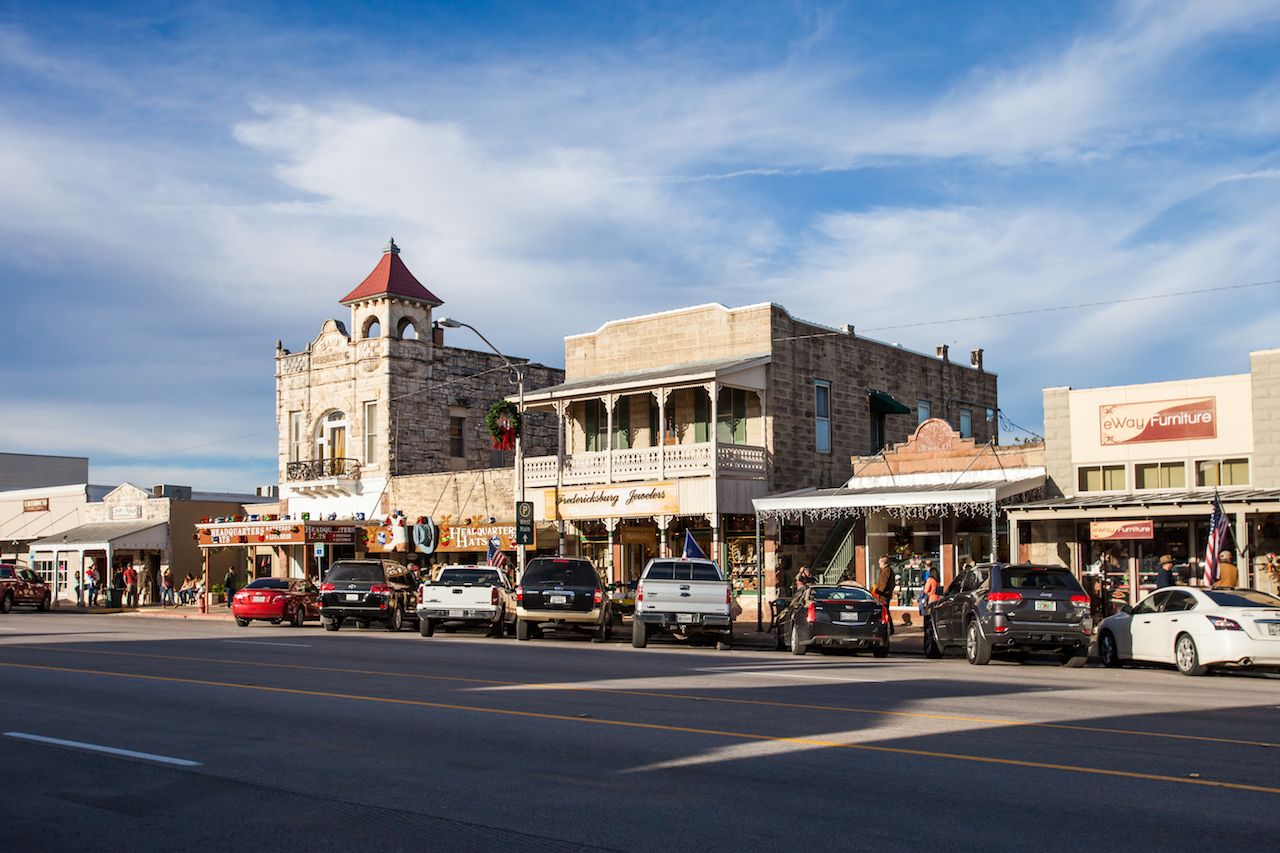 In an apparent middle finger to the nearby dry counties of Borden and Hemphill, there’s no need to wait until you get back to the hotel to pop the cork in Fredricksburg, Texas. Beer and wine are allowed in the Main Street shopping district of this central Texas city. This seems especially appropriate given that Fredricksburg is the heart of Texas wine country, a major pull for visitors to the city that makes it highly likely that your water bottle is already full of fermented grapes anyway. It might as well not be a punishable offense. 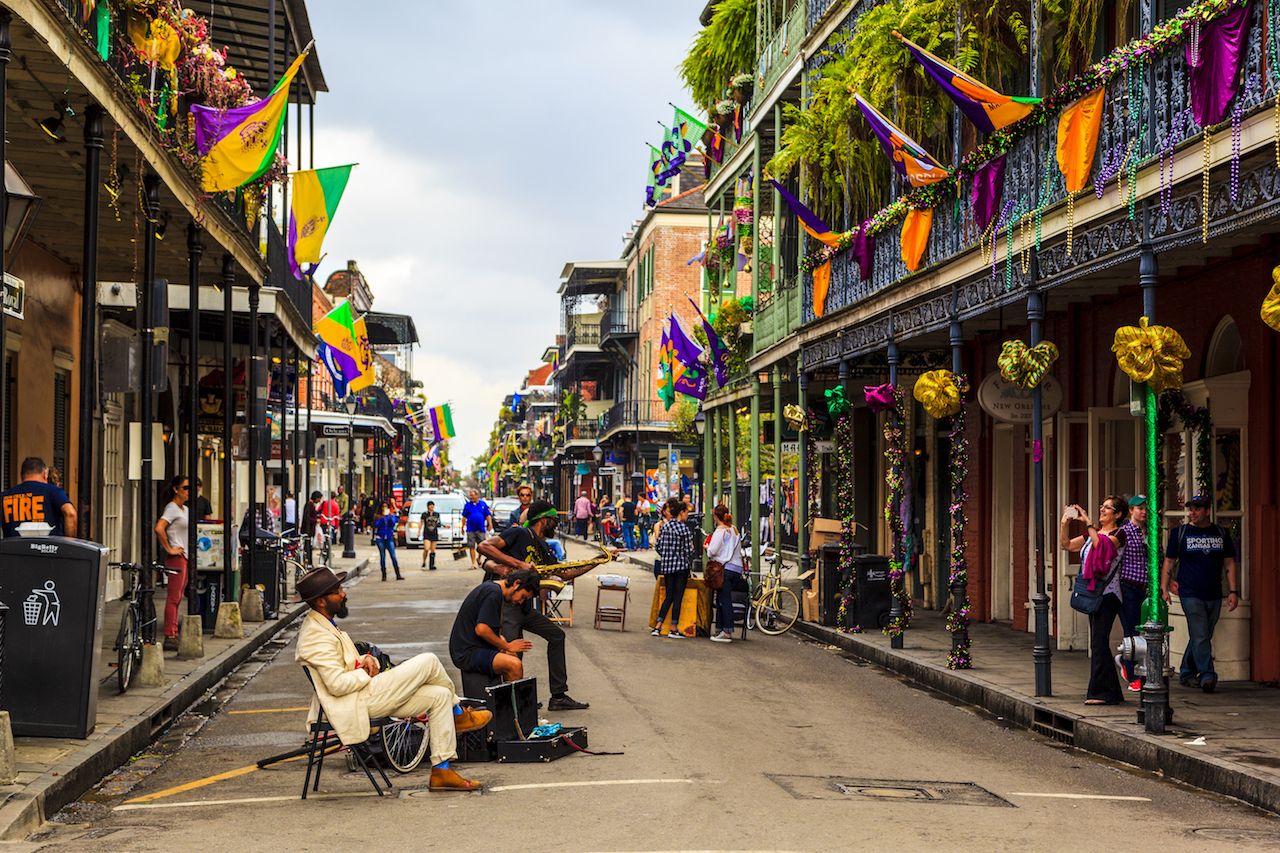 No visit to New Orleans is complete without a stumble from Bourbon Street back to your hotel. Should the necessary time of departure sneak up on you before you can finish that Sazerac, you’ll have a second chance — as long as you do it before you leave the confines of the French Quarter. Open containers are permitted within this specific area but nowhere else. You can’t drink out of a glass container, making that bottle of Abita Amber a no-go, but by the time you leave the pubs you don’t need to be carrying anything that could penetrate the skin anyway. 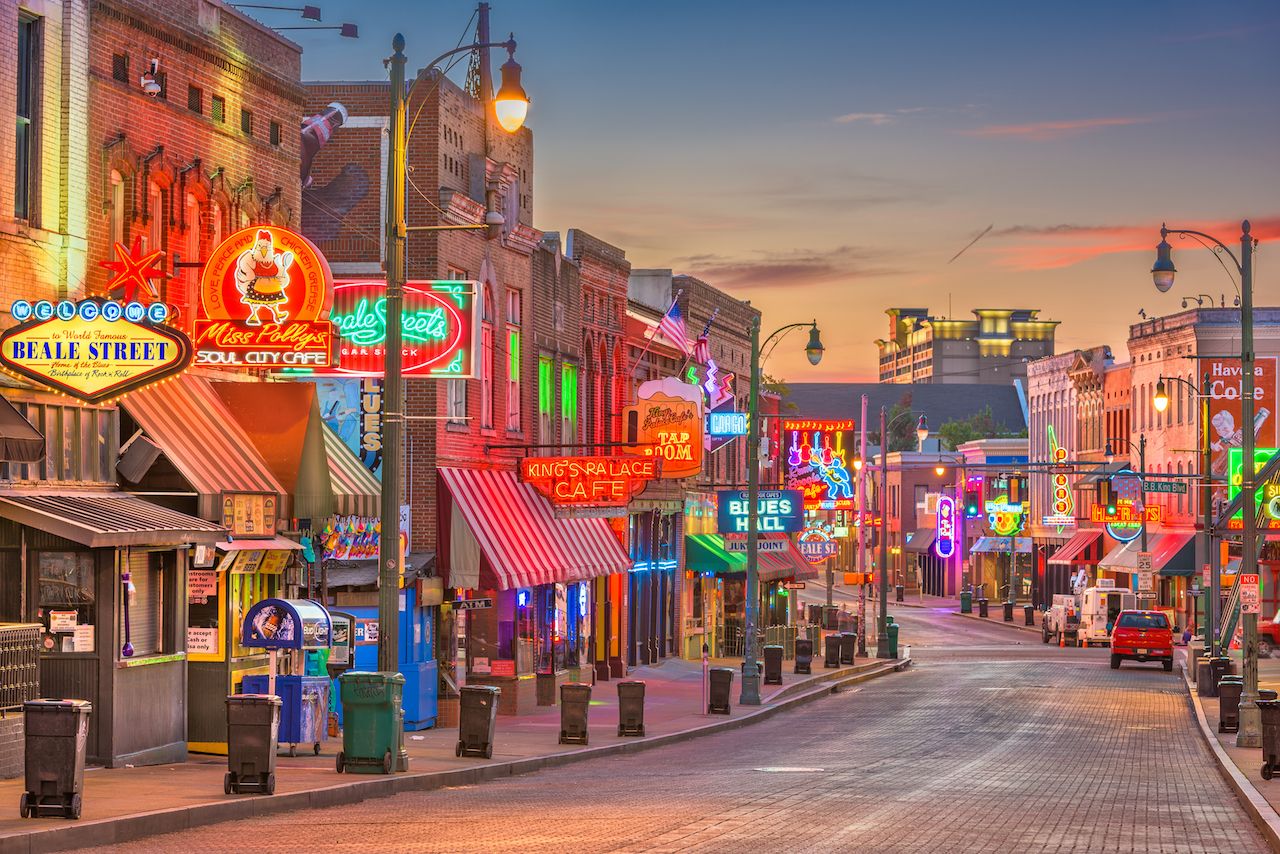 Visitors flocking to Nashville for a free-wheeling weekend of partying on Music Row have been doing it wrong all these years. Nashville’s music chops are indisputable, but Beale Street in Memphis actually parties much harder and has a more booze-friendly approach to moving between drinking establishments. The Beale Street Entertainment District, in the city’s downtown, is the only exclusion from Tennessee’s strict open container law. Here you can take a to-go cup from one pub and drink it on the way to the next, and the district has a bunch of live music bars and even hosts its own annual music festival, so it’s really a win-win no matter how you look at it. 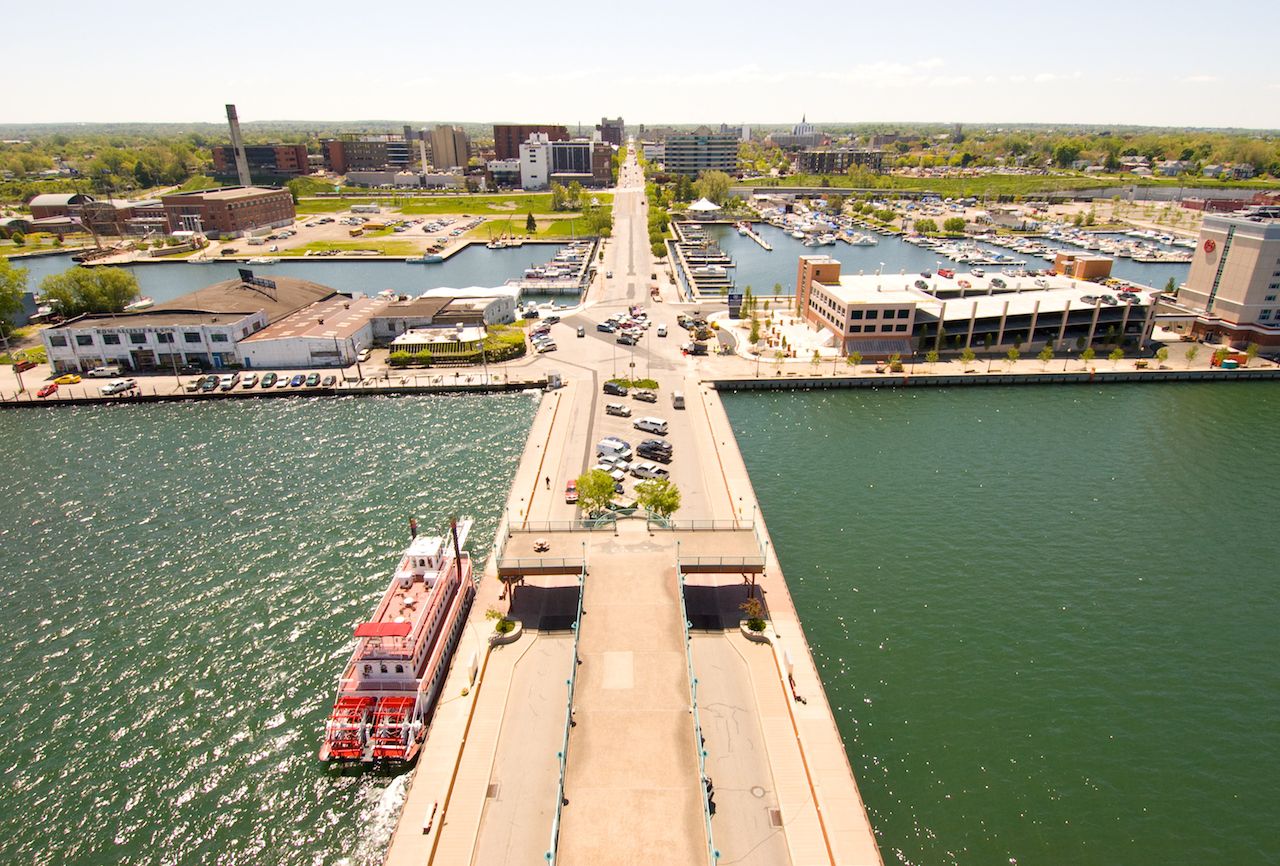 Also mistaken are the songwriters writing crooning odes to Philly. They should instead focus their sappy tunes on Erie, a western Pennsylvania city where one can actually sit outside a bar on State Street and pen lyrics while overlooking the city skyline. The notable absence of an open container law in Erie puts the town among the most booze-tolerant in the entire country — you can have a drink in a public park as well as on the walk to get there, as long as you’re not bothering anybody else.

Airports + FlyingCan You Drink Your Own Alcohol on a Flight?
Tagged
Food + Drink United States
What did you think of this story?
Meh
Good
Awesome