Central Asia is a region that has kept its secrets close for centuries, with some countries, like Uzbekistan, resisting opening up to the world until very recently. Some dedicated travelers have found their way to the “Stans,” but beyond the country’s name and status as a former part of the USSR, most don’t have much knowledge of the countries in this region. If you are starting to think about a journey to Uzbekistan, you absolutely should, but here’s what you should know before you visit.

1. Uzbekistan itself is a modern invention. 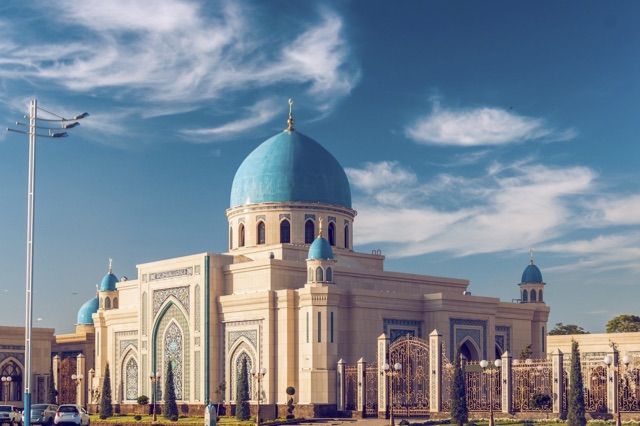 That is to say, the concept of Uzbekistan did not exist even a century ago. The Uzbek Soviet Socialist Republic was created in 1925. Before that, there were assorted Soviet-controlled Soviet Socialist Republics. These were formed from previous geo-political states, including the Emirate of Bukhara, the Khanate of Khiva, and Guberniya of Turkestan — a part of the Russian Empire. Before these formations, Central Asians lived in settlements and as part of nomadic tribes ruled by Khans, Emirs, and Emperors. People moved around the region with no regard for borders as we think of them today.

2. Uzbekistan is not just the “land of the Uzbeks.” 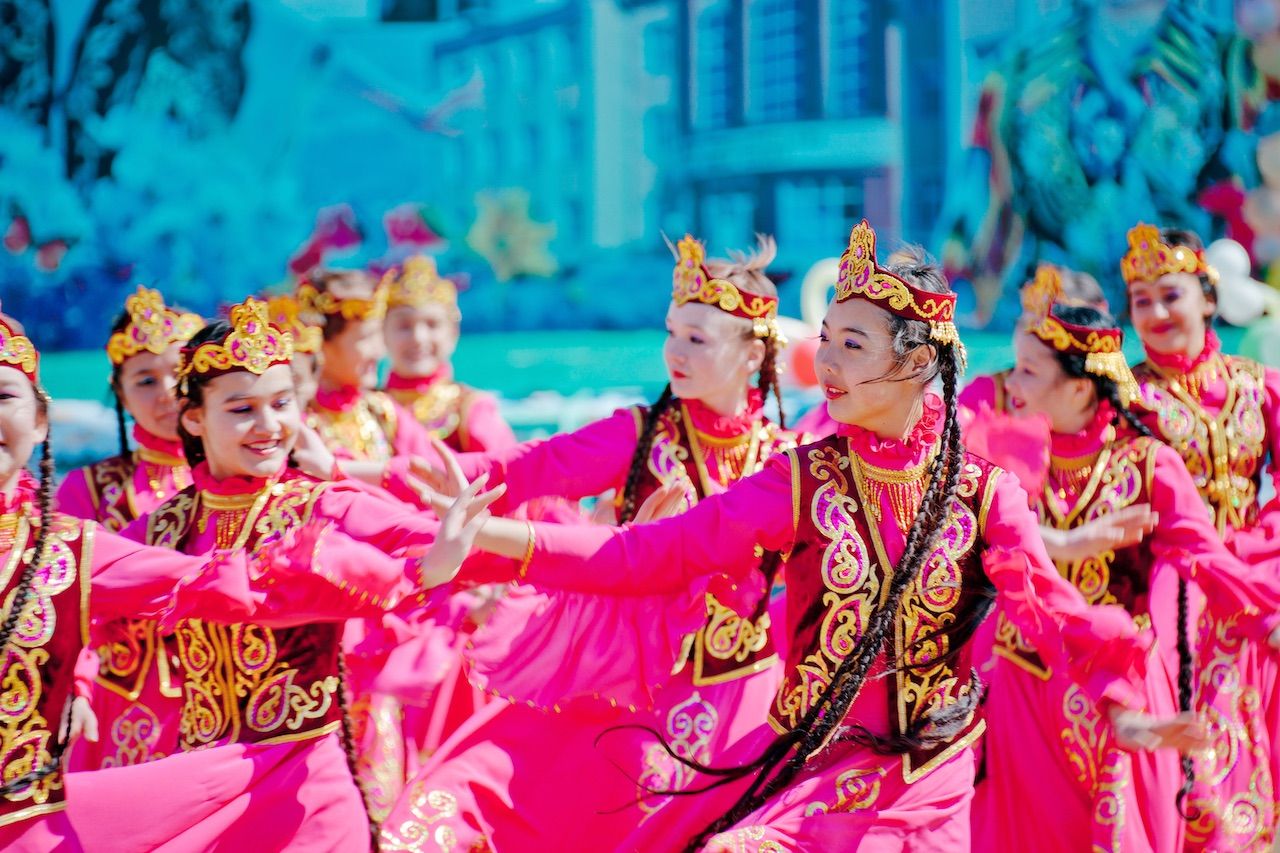 Different ethnicities have lived in the lands now called Uzbekistan for centuries — Tajiks, Kyrgyz, Uigurs, Karakalpaks, Turkmen, Afghans, and more. In the eastern part of the country, in Bukhara and Samarkand in particular, the majority of people will identify themselves as ethnic Tajiks. Their dialect of Persian is widely spoken there, as well as in the city of Ferghana in the country’s far east. The western part of Uzbekistan has a noticeable autonomous region, the Republic of Karakalpakstan, where a language similar to Kazakh is spoken. Other nationalities, such as Turkmen, Kazakh, and Uighur also have strong presences in different regions.

These influences and their interaction with Uzbek tradition have created distinct aesthetics, food, and customs. For instance, the Khorezmian Lazgi dance (for example, surnay lazgi set to music where the surnay brass instrument features heavily) is easy to pick out from others with its bright, feather-hat costume and energetic movements. Bukhara’s ancient tradition of Shashmaqam music is prominent, as are its Persian roots.

Samarkand is famous for its patir, a type of raised bread made with animal fat or butter. Other nationalities moved or settled in Uzbekistan in the last century too, such as Russians, Koreans, Georgians, Armenians, Poles, Ukrainians, and Greeks. In a surprising example, you can learn about German Mennonites who lived in Khorezm in the 19th and 20th centuries at a museum in Khiva. It has items they may have used or crafted and information about how and why they settled in the village of Oq-machit (“white mosque”).

3. The cultural mix means there are a lot of different cuisines. 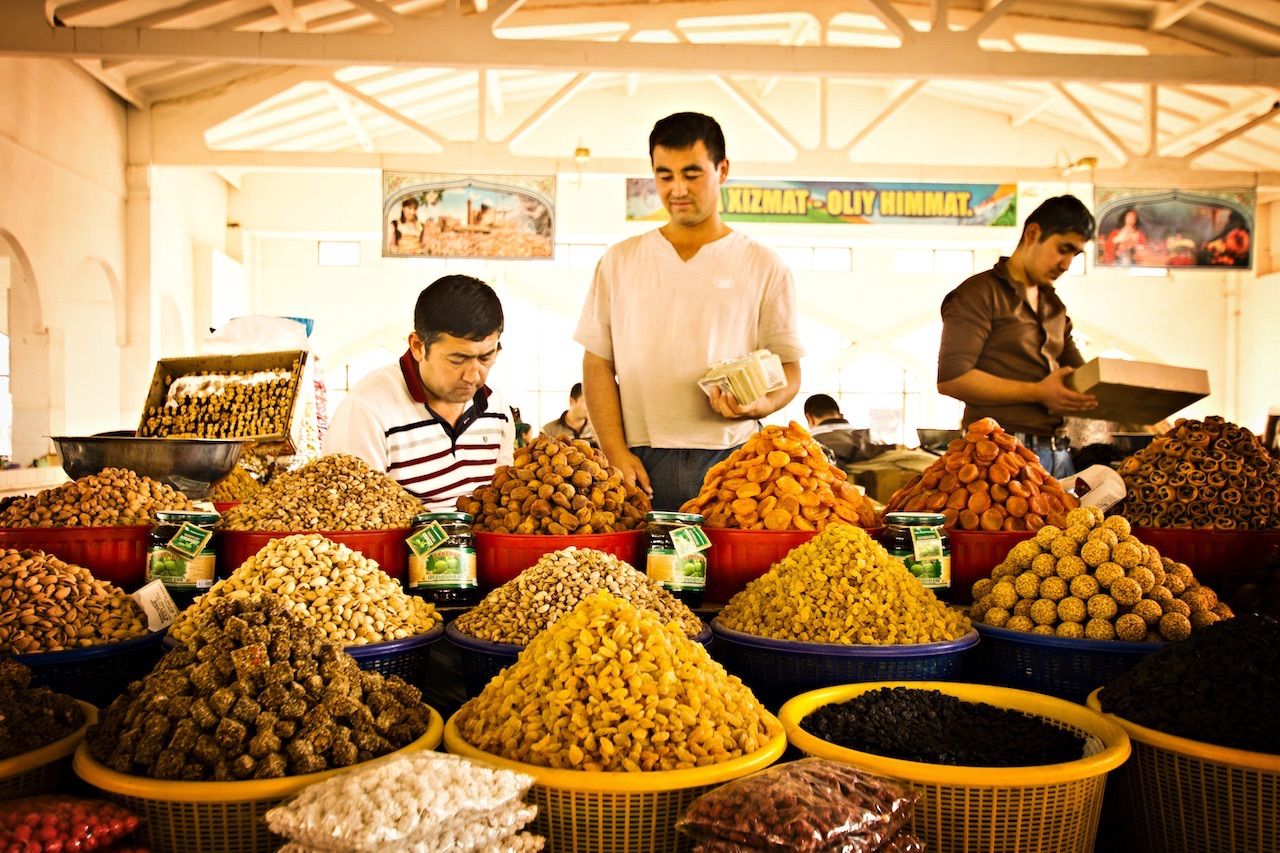 Due to the Soviet practice of voluntary and forced shuffling of people from their places of origin, in Uzbekistan, foods from different ethnic groups sometimes meet together on one table. Tatar belish (small friend meat and potato pie) and chebureki (flat, deep-fried dough pockets with minced meat) are eaten by all with equal enthusiasm. Korean, now-local, markavcha (slightly marinated shredded carrot), pigodi (steamed buns), and kuksi (cold broth with noodles and vegetables) are typical fast-food eats. You could trylagmanPhoto: MehmetO/Shutterstock

Hospitality is a trait in all of Central Asia, and Uzbeks take pride in carrying it on from generation to generation. You might be invited to someone’s house for a meal or offered directions by a stranger who sees you looking lost. People living in Uzbekistan are determined to make sure you are having a good time, which can take many forms, from offering you advice to a drink of vodka. If you end up eating at someone’s home, be prepared for the very enthusiastic and frequent serving of food. To make sure your host understands that you really are full, leave a little on your plate. It’s also good to show up with something for the table — sweets or dessert to share will do the trick. Don’t bring alcohol, even if you’ve seen your host drink, since they might be cautious of doing so with their family present.

5. The local interpretation of Islam is moderate. 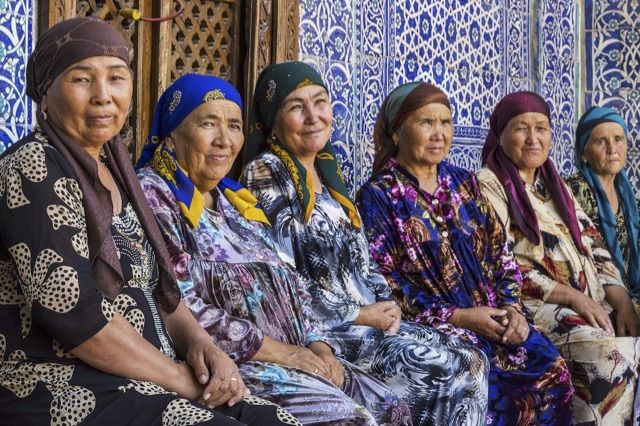 More and more people actively practice Islam, but there are still plenty of those who will go to prayer on Friday and have a drink on Saturday. As foreigners, unless you are visiting an actual operating mosque, you aren’t expected to keep your legs, arms, or head covered. In tourist areas, you probably won’t shock anyone by wearing your usual clothes. In other parts of the country, depending on how rural it is, it will be typical for both men and women to dress on the modest side. It’s also worth remembering that, historically, the people living in this part of the world used to hold different kinds of beliefs — Zoroastrianism, Buddhism, and Hinduism being some major religions present before Islam. Even with most of the population becoming Muslim, there were Jews in places like Bukhara and Christians as the Russians started settling in Central Asia.

6. Amir Timur is the hero of choice. 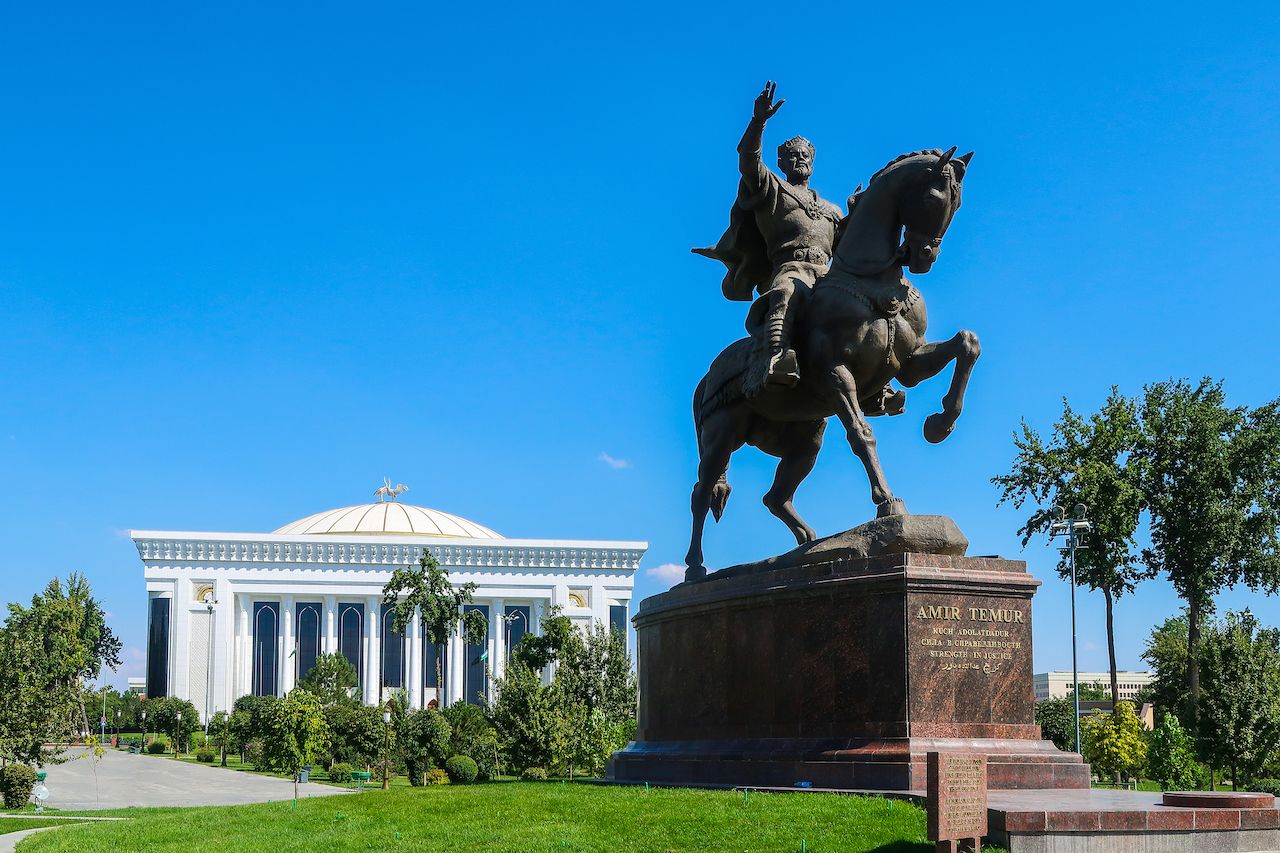 You can’t visit Tashkent without coming across a statue of Tamerlane mounted on a horse. After independence, Amir Timur was chosen as a historical figure that would help form the newly created Uzbek national identity. The conqueror’s patronage of the arts and sciences is greatly emphasized. Making Samarkand the capital of his empire, legend says he ordered the best architects and builders to be brought in from around his conquered lands to construct the city’s new buildings. The city of Shakhrisabz is famous mostly for being the ruler’s hometown and where Tamerlane ordered the construction of Oqsaroy, a monumental palace, in 1380. 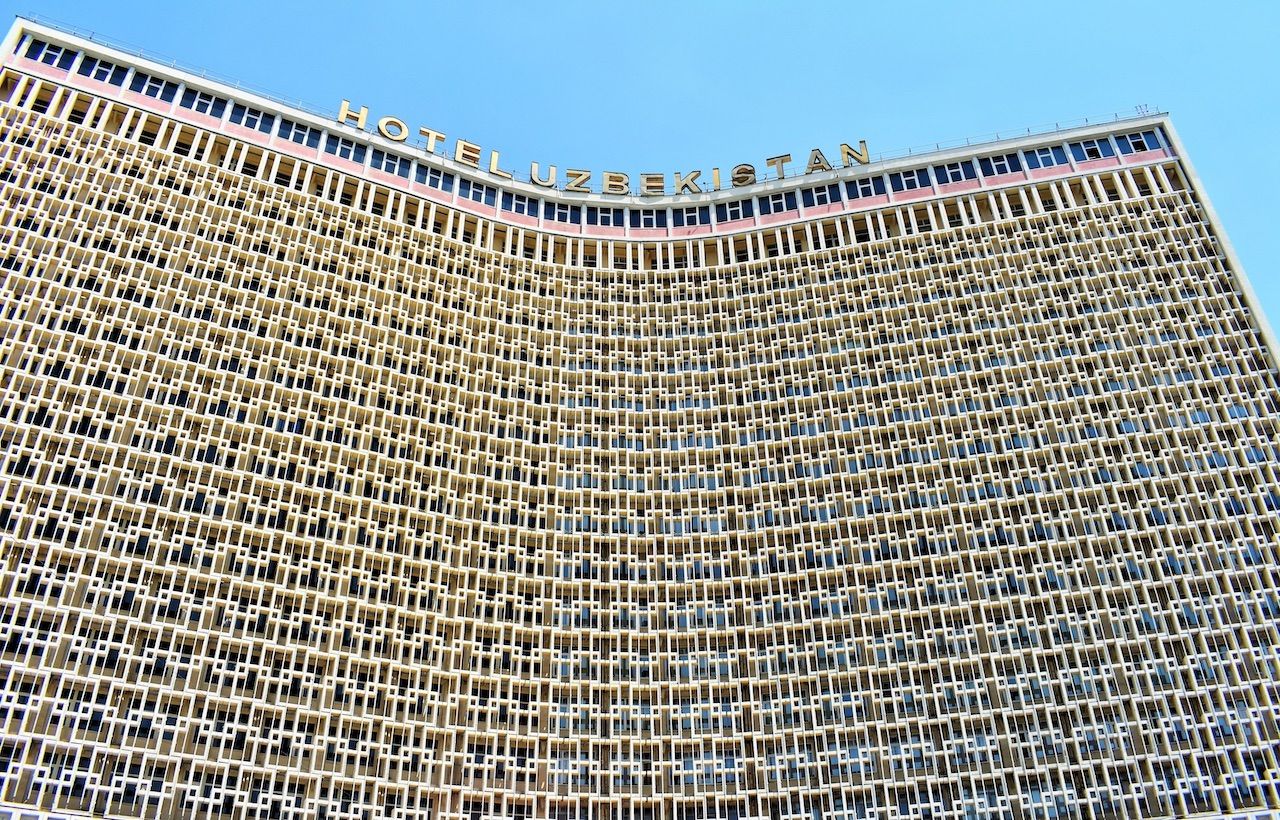 Even as Uzbekistan does its utmost to shake the USSR off, it’s possible to whiff a kind of nostalgia for those times. You can catch Soviet trinkets or tableware at flea markets, people’s homes, and the most vogue of cafes alike. If you are into Brutalist or just plain concrete buildings, there is great architecture to see in Tashkent. The State Museum of History, formerly the Lenin Museum, and the Druzby Narodov (Friendship of Nations) Palace are prime examples. If you are walking along Navoi, Shota Rostaveli, or Oqqorgon (formerly Novomoskovskaya) street, keep an eye out for the Stalin-era, four- to five-story buildings with intricate facade decorations. Many of the buildings incorporate Central Asian decorative traditions — patterns, mosaics, and ganch carvings.

8. Uzbeks love to buy local, and you should take a piece of the country home with you. 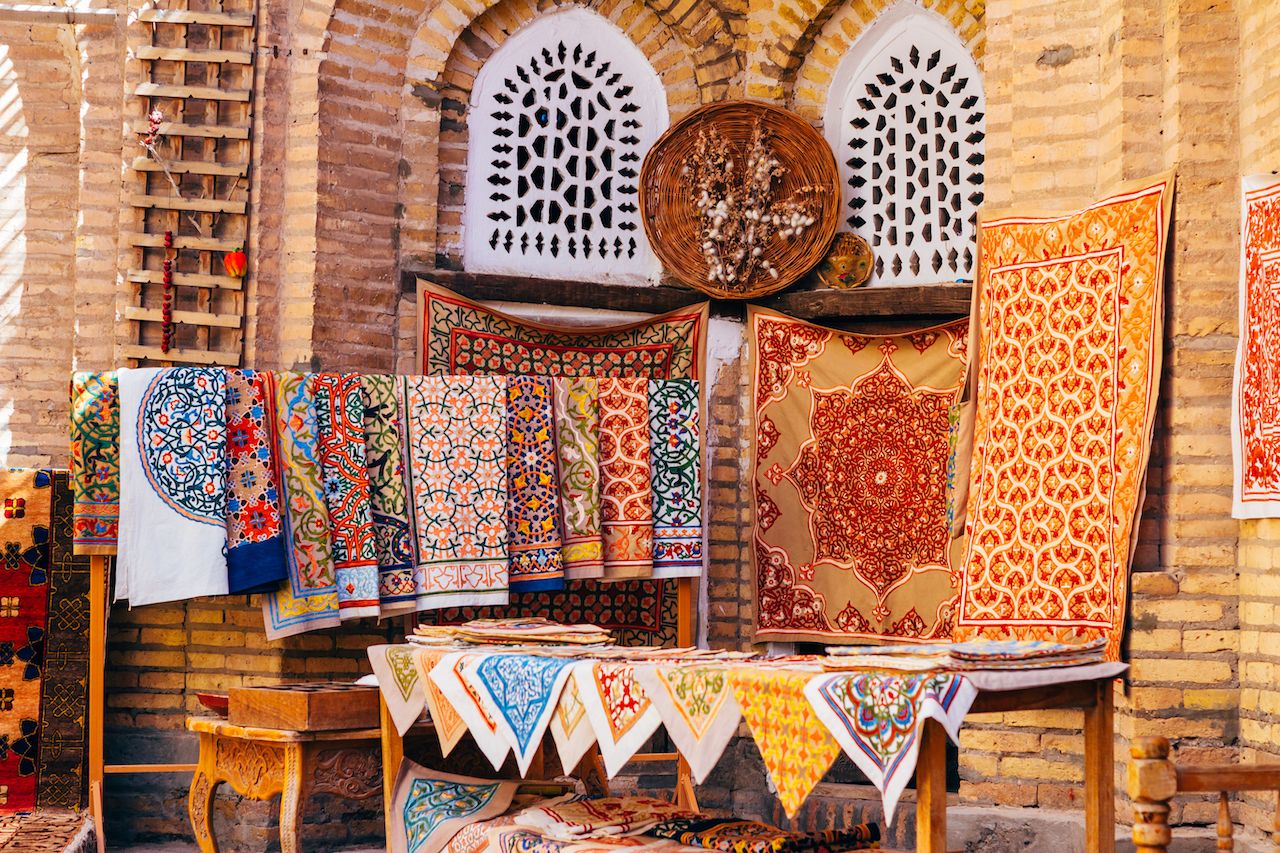 Today’s “handmade” boom is unprecedented in the country’s modern history. In the USSR, artisans were not allowed to practice their art privately, only at specialized workshops. On a broader scale, traditional crafts were not encouraged. This lead to a decline in folk art. It’s only really in the last 15 years that Uzbekistan has experienced a true renaissance in ethnic-inspired fashion and crafts, such as silk-making, embroidery, pottery, woodcarving, and so on. Uzbek people often show a great deal of appreciation for tradition and have found endless ways to remix it with modern practices. One of the popular local brands that has been doing this for years is Kanishka. Not only do goods made in Uzbekistan have more cultural flair, but they are also cheaper. The clean-cut, genuine leather goods at The Black Quail stores are a steal for the quality. As their slogan “Born in Uzbekistan” suggests, most of their leather is sourced inside the country, as well as designed and turned into wallets, purses, satchels, accessories, and more.

Insider GuidesCentral Asia Is the Next Big Trending Destination. Here’s Why.
Tagged
Culture Insider Guides Uzbekistan
What did you think of this story?
Meh
Good
Awesome