It’s not a mouse, nor is it a deer, but we get it. The Vietnamese mouse-deer lost to science for the past 30 years and rediscovered recently in Vietnam does look like a combination of both adorable species — and the name is not exactly helping us get this image out of our minds.

Also known more accurately as the silver-backed chevrotain, the species was rediscovered by scientists from Global Wildlife Conservation (GWC) in the Greater Annamites Ecoregion of Vietnam. There has been no record of the species since 1990; it was believed to have been poached to extinction by wire snares.

Camera traps set up over the course of 10 months have led to the capture of over 2,000 photographs of the species, but it is still unclear how many of them may be in the area.

The species is an ungulate, meaning it has hooves, and is as small as a rabbit. Its head is russet-colored, while its flanks have a gray pelage. It is thought to be the smallest hoofed animal in the world. 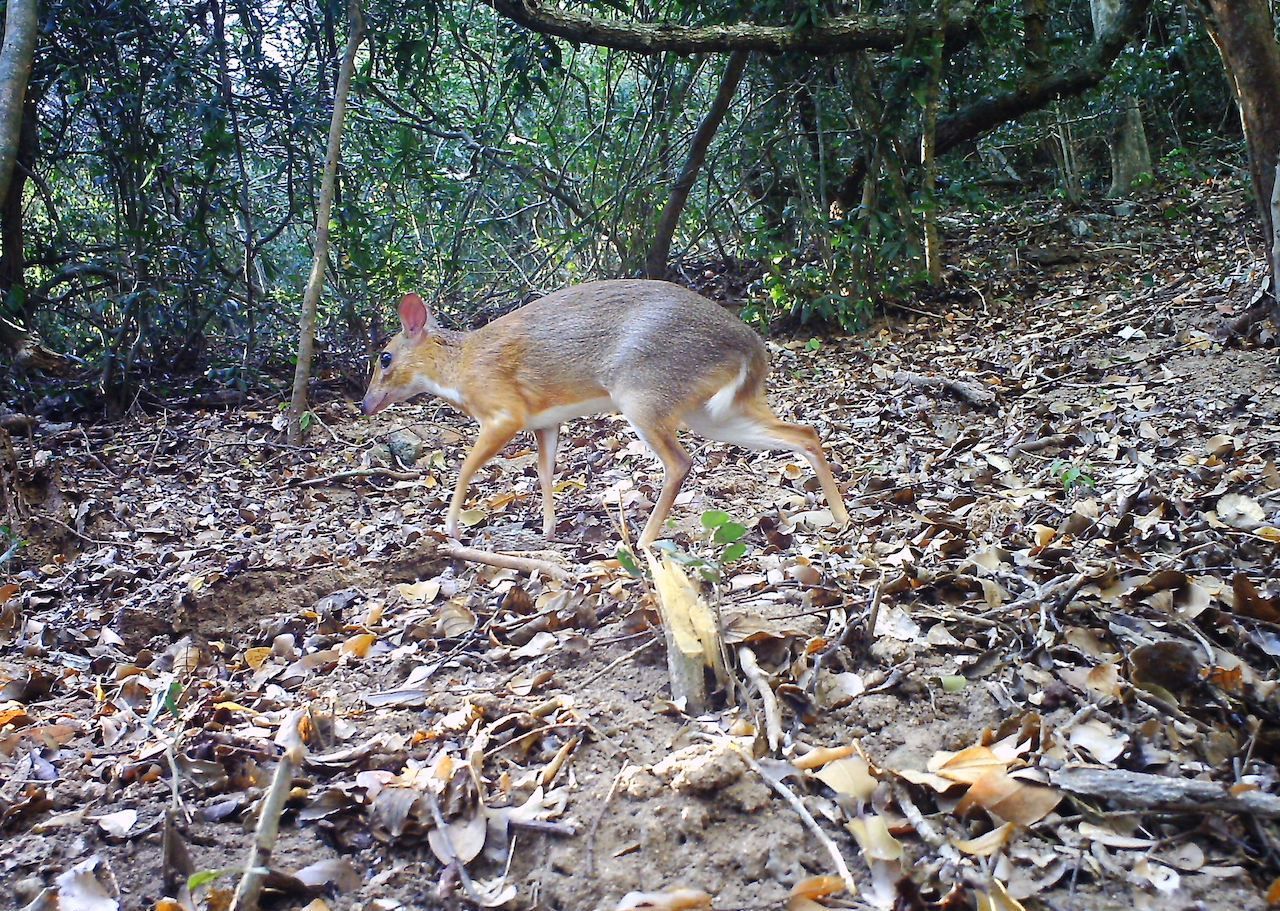 An Nguyen, the expedition team leader, said, “Discovering that it is, indeed, still out there is the first step in ensuring we don’t lose it again, and we’re moving quickly now to figure out how best to protect it.”

One way to do just that is to stop the use of wire snares in the region to capture animals, a “devastating hunting technique” that has led to “widespread ‘empty forest syndrome’ across Vietnam, pushing numerous Annamite species to the brink of extinction,” explained GWC.

The discovery of the rare animal has buoyed hopes that other species, considered extinct, may still be found in the wild. Earlier this year, the world’s largest bee was found in Indonesia after missing for 38 years.

NewsSeveral Sightings of the Extinct Tasmanian Tiger Have Been Reported in Australia
Tagged
News
What did you think of this story?
Meh
Good
Awesome