A friend of mine in the church once described Lake Powell to me as “Mormon Cabo.”

And, yes, a typical weekend on this 186-mile-long lake in the Glen Canyon National Recreation Area will find you sharing it with a large number of large families. They’re onto something, as it’s truly one of the more under-appreciated natural wonders of the American Southwest, home to 2,000 miles of shoreline and over 96 towering side canyons.

Lake Powell’s roots are controversial. It was formed in the 1960s when the construction of Glen Canyon Dam flooded the Colorado River and created the lake. The ground was sacred to Native Americans and the natural environment was never the same. But now that the lake exists, it offers unparalleled access to the red rock canyons along the Arizona–Utah border. Spending a few days here should be part of any visit to this part of the country.

As most things in the middle of the desert tend to be, Lake Powell isn’t exactly easy to access. It’s about a four hour drive from Phoenix, the nearest major airport, and 7.5 hours from Las Vegas. The most direct way of reaching the lake is by flying into Page, Arizona, one of the smaller commercial airports you’ll find, which has a handful of daily nonstops to Phoenix Sky Harbor International Airport. Flights aren’t horrifically expensive either, about $100 each way.

Getting onto the water 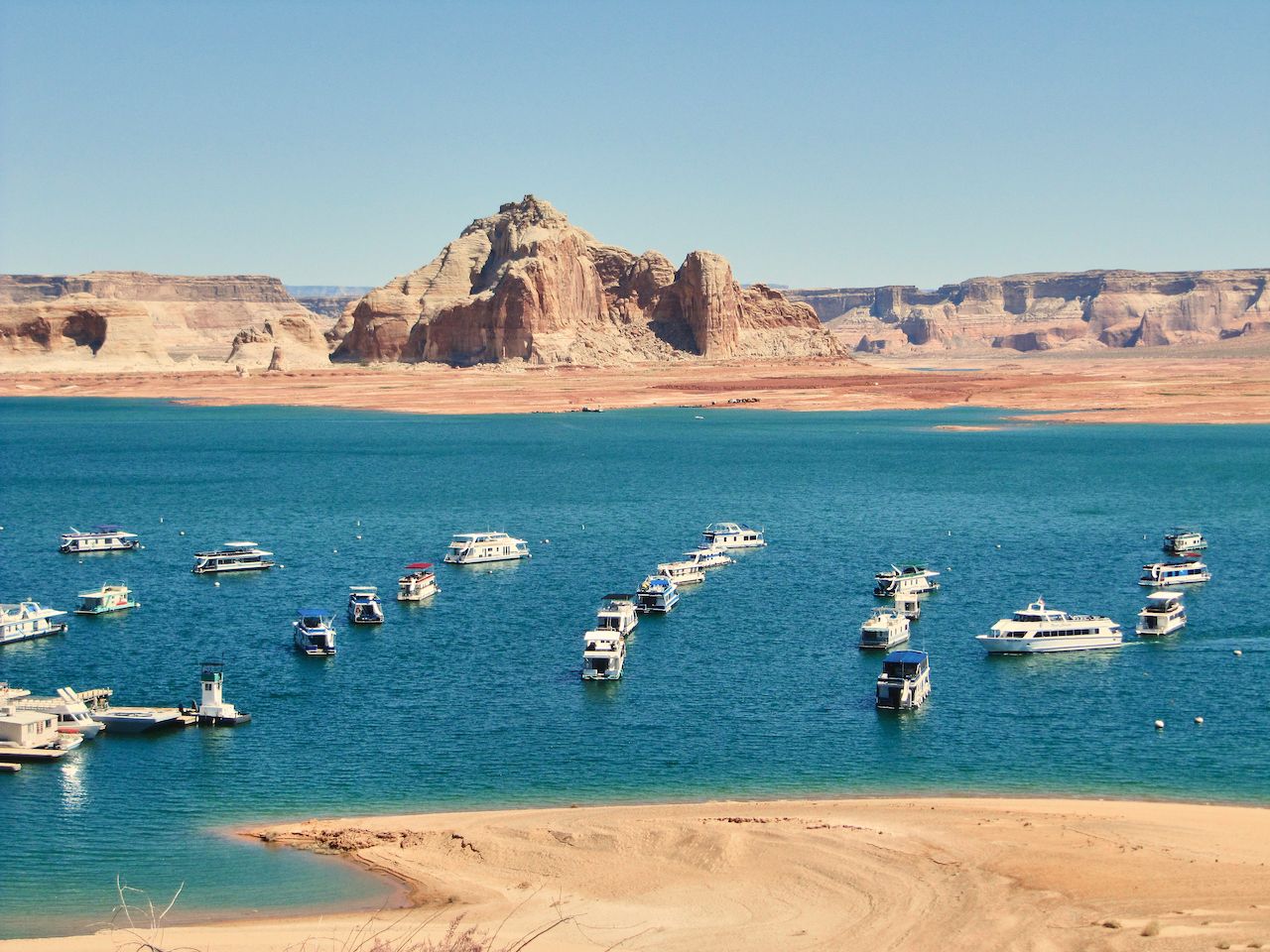 Once there, you’ll need a boat to venture onto the lake. You’ll find a couple of marinas near Page — Wahweap and Antelope Point — the former of which has boats you can rent. You can also rent boats at Bullfrog Marina, though that’s about a five-hour drive from Page. Make sure to reserve everything far ahead of time as the limited marinas and large demand mean things can sell out during high season. If you do rent your own boat, you’ll need a vehicle that can tow it to the lake launch ramps.

You might also look into renting a houseboat, especially if you’ve got large groups. It’s the most popular way of spending time in the area, a big part of how it got its “Mormon Cabo” reputation. Some people even go so far as to buy shares of houseboats and yachts on the lake in fractional ownership agreements, where they own part of a boat from companies like Bravada Yachts and share it with other owners. A more expensive option, yes, but better if you plan on going more than once.

Making the most of the lake — fishing, kayaking, and exploring the shoreline 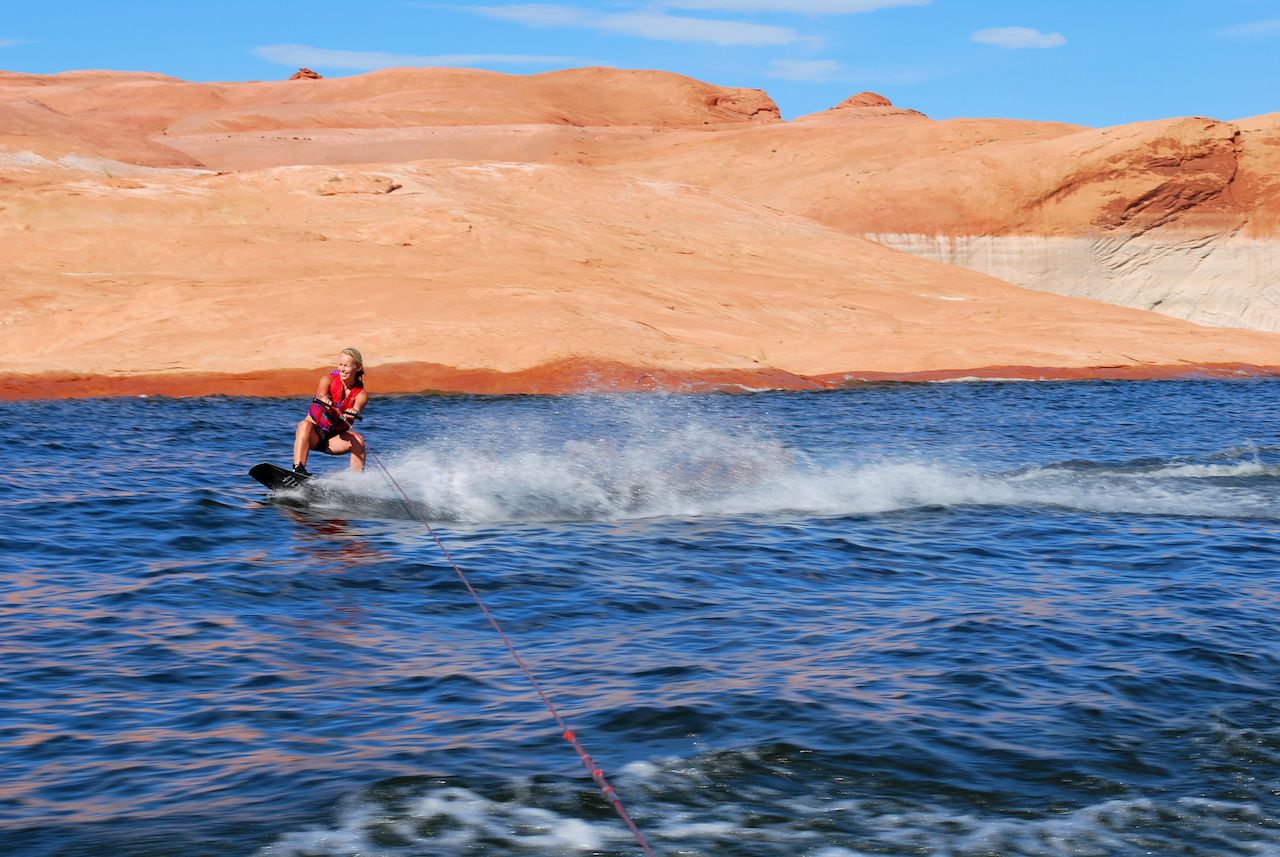 Early in the morning and late at night, the water on Lake Powell is a silvery glass, and if you have a kayak, they’re the ideal times to paddle through the nearly 2,000 miles of shoreline and into its majestic side canyons. Kayaks allow you access to the narrow spots even jet skis can’t reach and are the best way to get deep into the nature of the area.

For a more heart-pounding journey, rent a jetski, where you can traverse the lake faster than you can with larger boats. Hit the water early or late to minimize the chop and enjoy sun that is less intense than at midday. Lake Powell is also an ideal spot for fishing, though you’ll need to make sure you have a license from both Arizona and Utah since it’s often tough to determine which state you’re in once you’re on the water.

While Lake Powell may be too cold to swim in during the winter, the lake is much calmer and less crowded. To get to the popular swimming hole known as the “toilet bowl,” you’ll need your own watercraft as tours do not go there. The “toilet bowl’ swimming hole only exists when water levels are just right. If they are too low, it is unsafe to swim in, as the walls are too steep to climb out of. If the water is too high, the hole just becomes a bay. Check local advice before heading out.

Relaxing on the beach 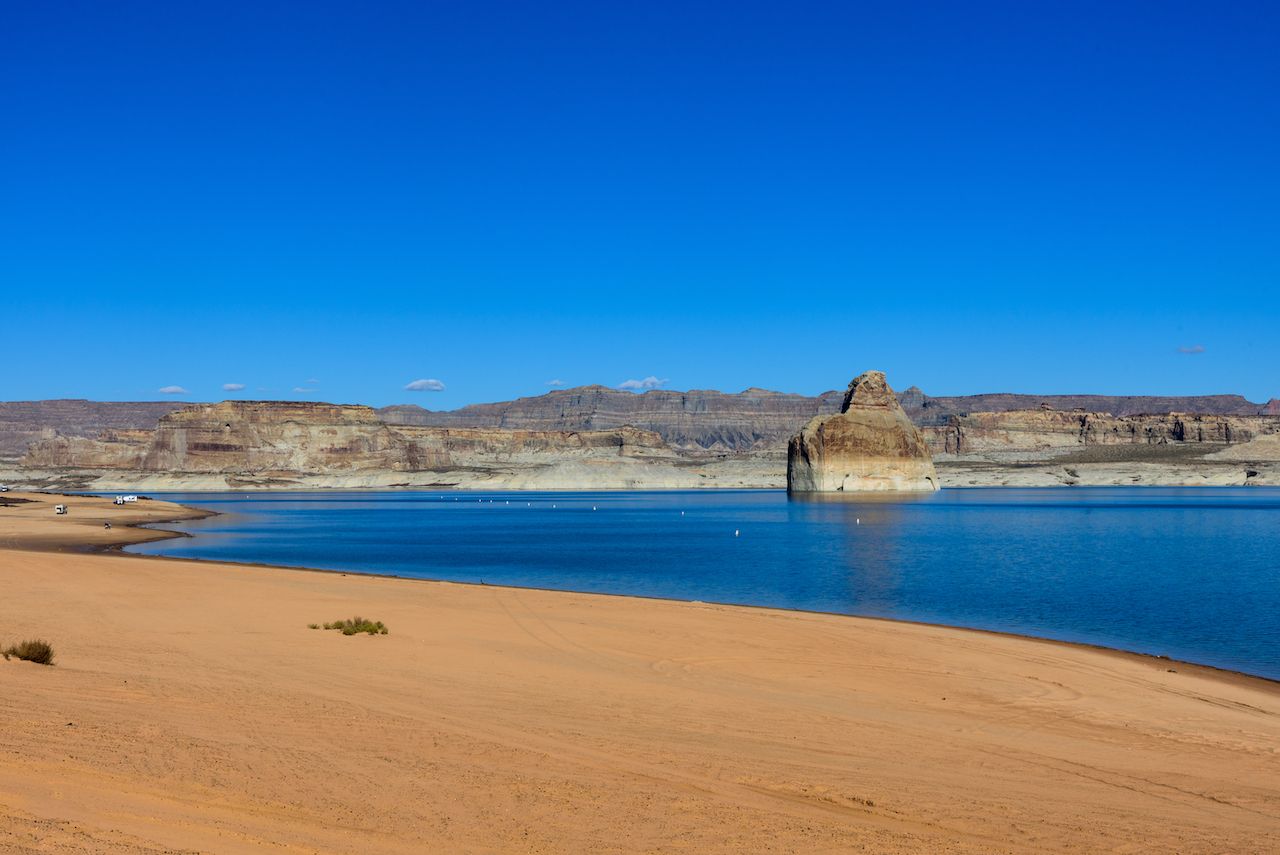 The heart of the Utah desert isn’t necessarily the first place one would expect to spend a beach day, but the red sands along Lake Powell are like a southwestern Caribbean when the sun is right. You’ll find remote beaches all over the lake, but the most popular are Wahweap Bay, Bullfrog Bay, and Hall’s Crossing. The first two are accessible by car, and both have marinas where you can rent boats. Hall’s Crossing is more of a developed campground, reachable by ferry from Bullfrog Bay. It won’t feel much like an escape, but it does offer easy access to beaches that are a little more remote.

Hiking out to Rainbow Bridge 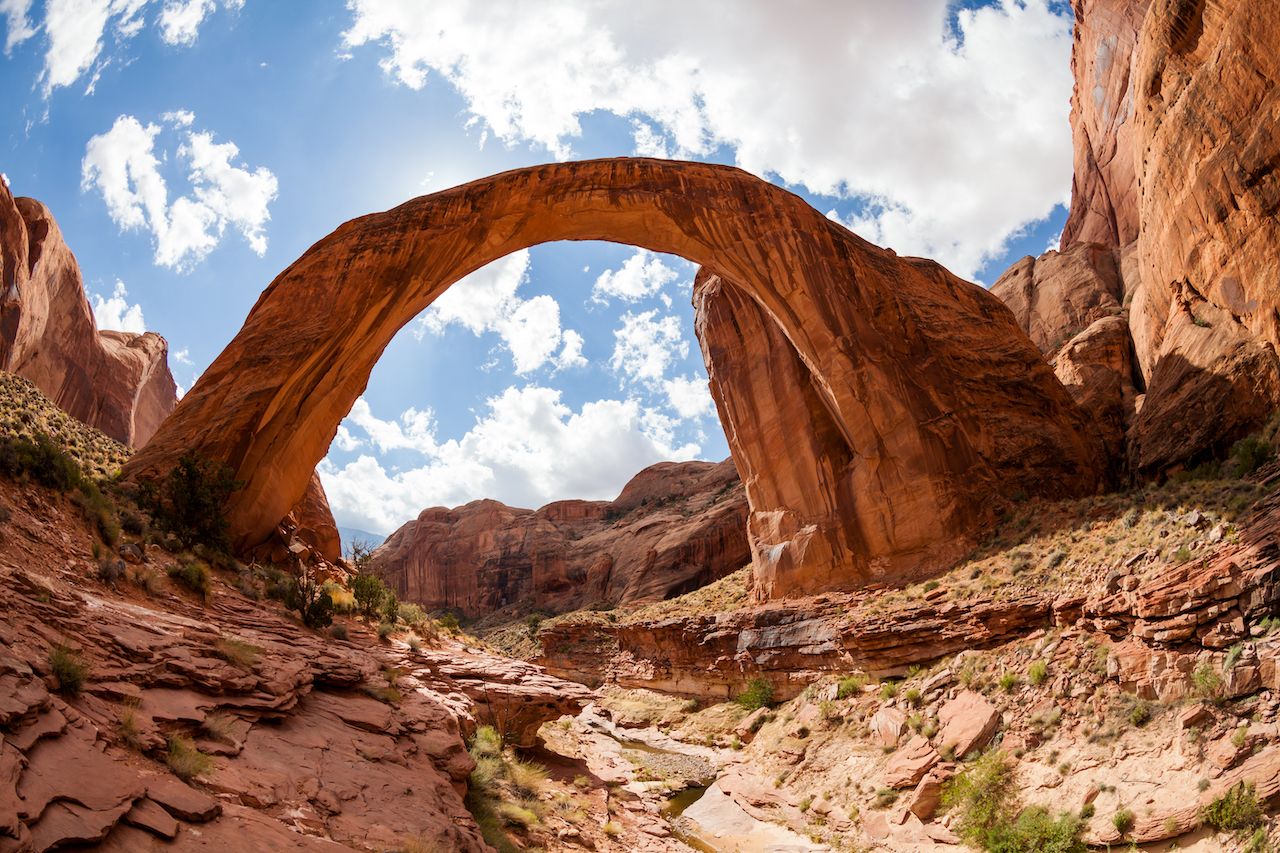 In terms of hike-difficulty to scenic-reward ratios, you’d be hard pressed to find a trek better than Rainbow Bridge. Most easily accessed by water, this 290-foot arch once stood over a small tributary to Lake Powell. That’s since dried up, but you can still dock up and take about a 15-minute walk through lush, shady canyons to the bridge. The walk continues past the photo spot under the arch, and the further you go the thinner the crowds. 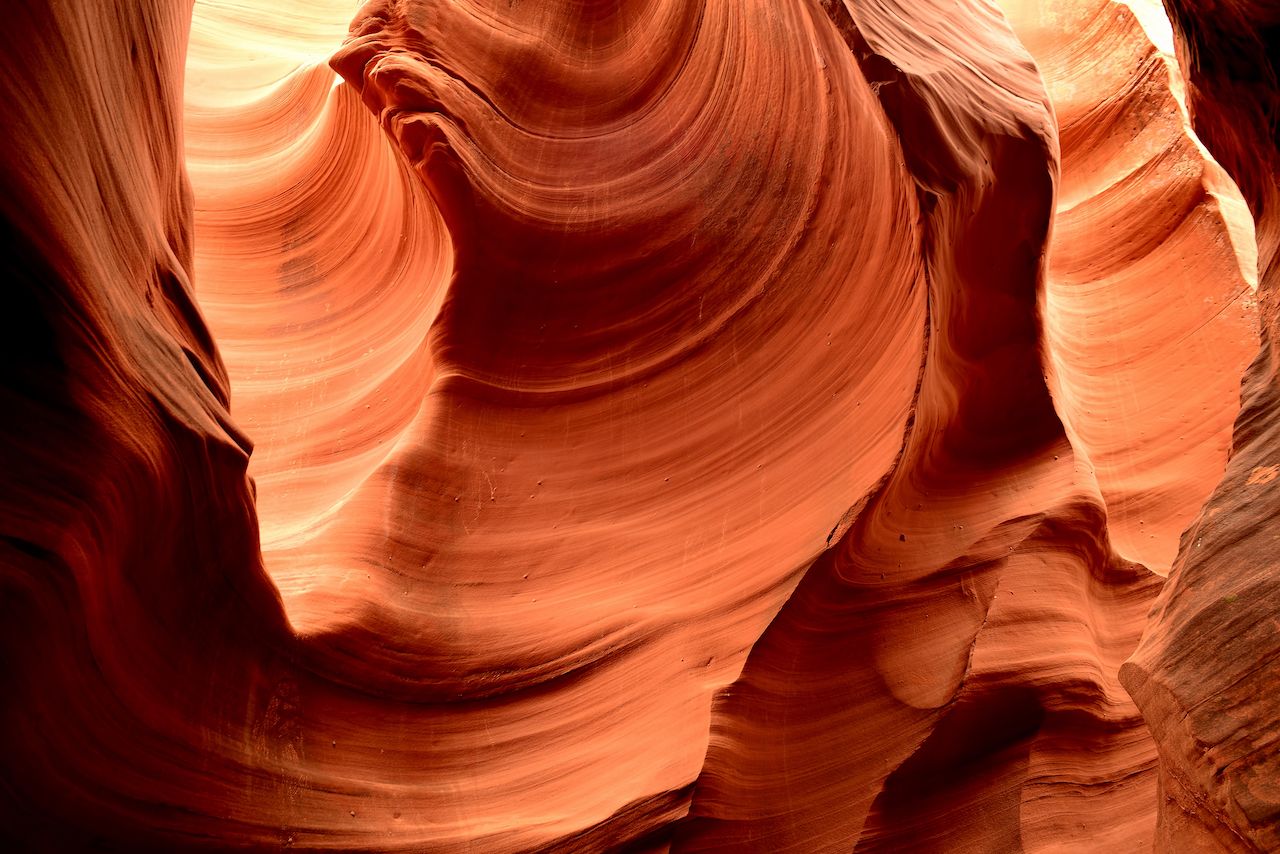 As you might have heard, Antelope Canyon — of your Windows screen saver fame — has gotten a little overcrowded. So much so that you’re better off skipping it altogether, as the area is awash in other mesmerizing slot canyons, many of which are far more beautiful. Opt instead for different tour offerings from the same operators, like Rattlesnake Canyon, Mountain Sheep Canyon, Cathedral Canyon, and Secret Canyon. You might not get the Instagram pic all your friends have, but that’s kinda the idea. 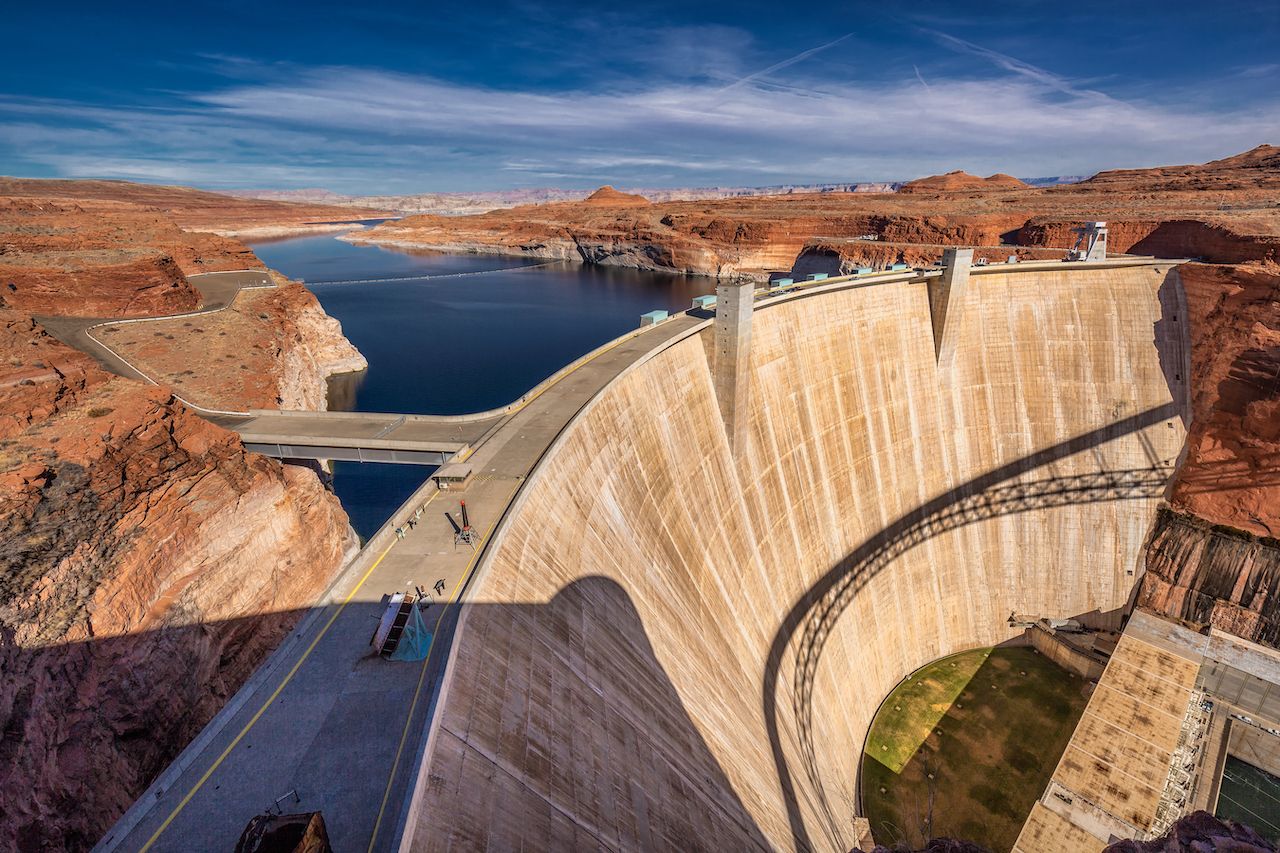 If nothing else, the second-largest concrete arch dam in America is an impressive feat of engineering — and a cheap way to spend some time in the shade on a hot summer day. It’s also the reason Lake Powell exists, so think of visiting as a kind of tribute. The tour lasts 45 minutes and only costs $5 ($2.50 for children), and you’ll learn all about how such a massive project functions and what it took to construct.

Getting the requisite picture at Horseshoe Bend 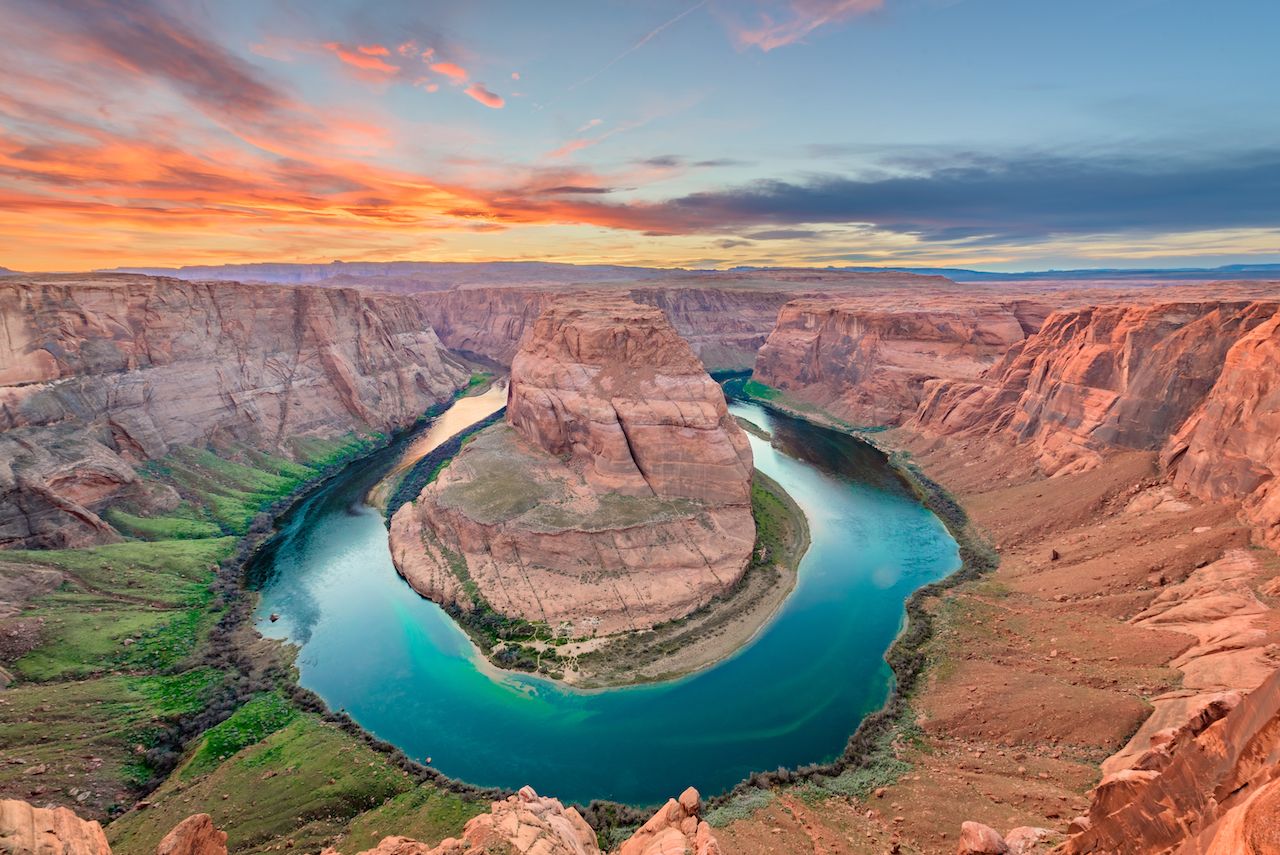 If you’re okay fighting busloads of tourists, Horseshoe Bend is still one of the most impressive sights in the nation, an epic bend in the Colorado River set deep in red rock canyons covered in lush vegetation. The drive is only about 10 minutes from Page, and it now has a full-on visitors’ center with parking for hundreds of cars. Its cost: $10.

From the lot, follow the masses up a short hill and down another to the canyon’s edge, where you can wait in line for a chance to get a good shot of the river. Your best bet is to visit it off season, but if you do end up here during summer, just be prepared for crowds.

Finding the best spots to hike… away from the crowds. 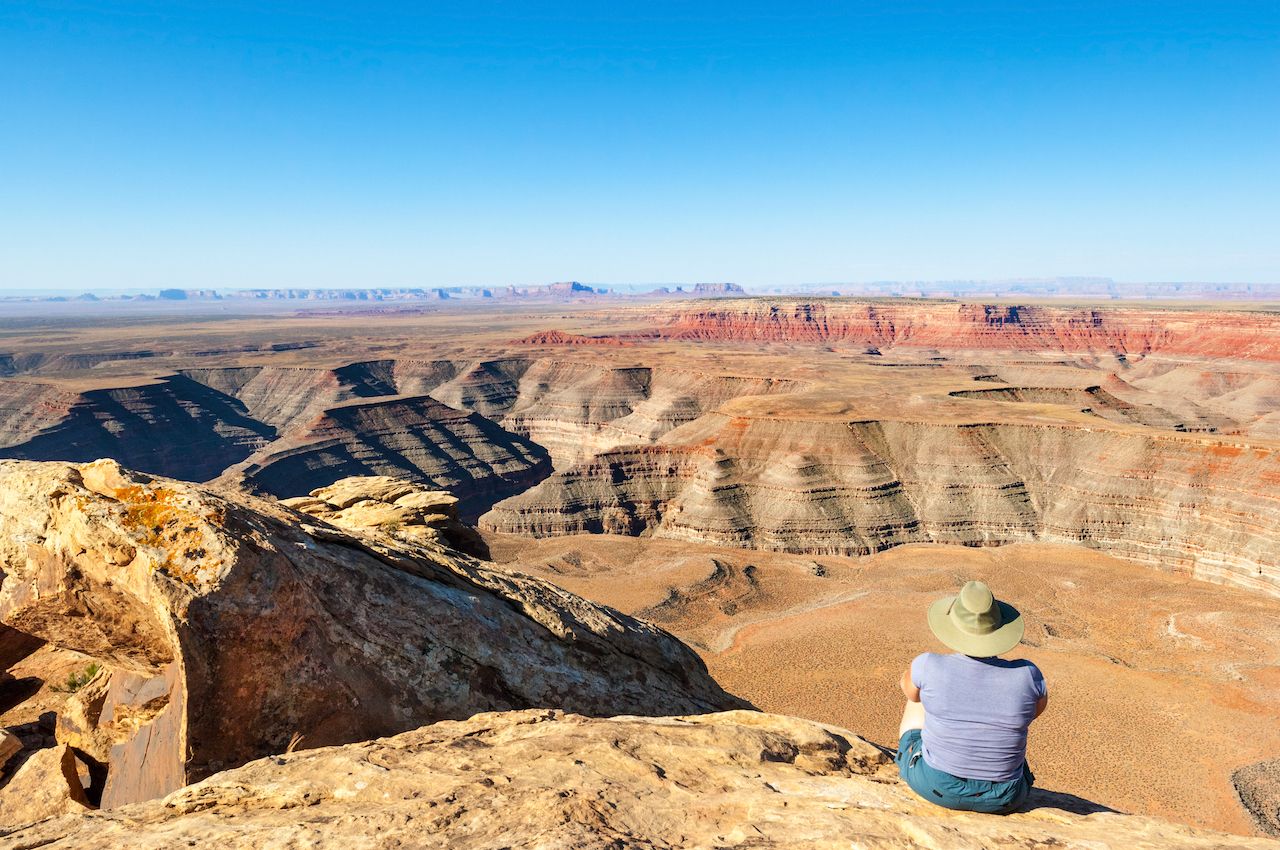 Lacking a boat, you might think it’s difficult to find places other than the top sites to get out and commune with the desert. But the sheer size of the Glen Canyon Recreation Area and Lake Powell affords you plenty of opportunities. Try heading to the end of the San Juan Arm at Muley Point, where atop the Cedar Mesa area you’ll find views of Monument Valley, Navajo Mountain, and the San Juan River. And not much else.

Intrepid travelers might also try the Escalante Backcountry. Though it doesn’t have any access to Lake Powell, it does offer the best backcountry hiking and camping in Glen Canyon. Just make sure to pack out plenty of water, and let everyone know where you’ll be and when. The desert is vast — and not a place you ever want to find yourself wandering.

OutdoorWhy Vernal Is the Next Adventure Capital of Utah
Tagged
Beaches and Islands National Parks Trip Planning Arizona, United States Utah, United States
What did you think of this story?
Meh
Good
Awesome

Arizona’s Seasonal ‘Chocolate Falls’ Are Taller Than Niagara Falls
Curious About Edible Cacti? Here’s How To Eat This Southwest Staple

You Can Take an Easy Day Trip To the Bahamas on This Florida Ferry
A Stunning New Resort Makes One of the Caribbean’s Least Visited Islands Instantly Accessible
Biscayne National Park Is the Perfect Day Trip From Miami
Here’s How To Visit Niihau, Hawaii’s ‘Forbidden’ Island
This Isla Holbox Resort Has the Draws of Tulum Without the Crowds or Seaweed