Sri Lanka is a melting pot of cultures, all of which add to the island’s culinary delights. Sri Lankan cuisine resembles that of Southern India but is usually spicier — both in heat and the sheer amount of spices used. While rice and curry is probably the best-known classic Sri Lankan dish, there’s one treat popular in the country that’s much more iconic: watalappan.

Watalappan is a sumptuous custard dessert that’s quintessentially Sri Lankan. It’s made with coconut milk, eggs, a type of sugar called jaggery, and a hint of spices such as cardamom, nutmeg, and cloves. The mixture is usually steamed for 45 minutes to one hour using a clay furnace or pressure cooker and is glazed with palm-sugar caramel. Locals often top it off with roasted cashews to add a fresh crunch. Other times, especially at Moor weddings, watalappan is garnished with caramelized bananas. Locals use kolikuttu, a type of Sri Lankan banana that’s stout and plump with an inviting aroma.

Brown in color, the tropical favorite shares similarities to Spanish flan. Watalappan’s history is believed to go back to the first Malay settlements in Sri Lanka. The name for the dessert during Dutch colonial rule in the early 1700s was vla, which is the Dutch word for custard. The present-day name watalappan comes from the Tamil term vattil-appan, which loosely translates to “cupcake.”

Watalappan is traditionally prepared by the Muslim community in Sri Lanka, but it’s a dish enjoyed by everyone no matter their religion, race, ethnicity, or social class. The soft-as-silk dessert often makes an appearance during festive occasions like weddings, corporate lunches, and birthday dinners in every community.

Simply put, watalappan is the heartbeat of the nation. The juicy dessert brings joy and unites communities. During the holy month of Ramadan, members of all communities eagerly look forward to Eid. On the day of Eid, the Muslim community prepares watalappan as a celebratory dessert shared with friends, colleagues, and neighbors.

The key ingredients for the perfect watalappan 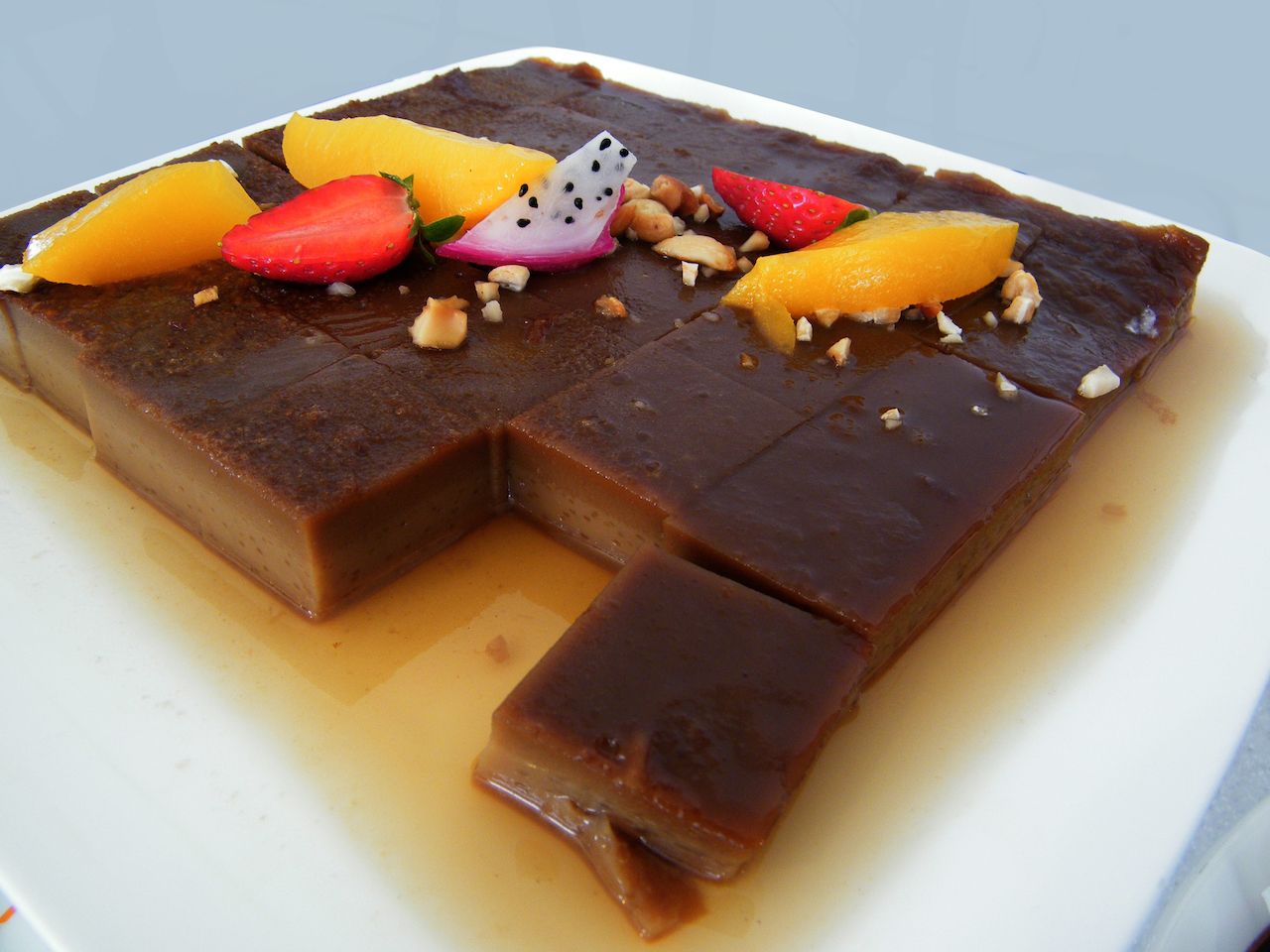 The best Watalappan, when steamed to perfection, has a smooth, silky inside filled with tiny holes that ooze palm sugar syrup. To keep the flavors authentic, one has to use kithul palm jaggery, which is extracted from the kithul palm tree flowers that grow abundantly in the wetlands of Sri Lanka. The nectar is air dried until it turns into a sweet block of palm sugar that’s deep brown, unrefined, and unbleached.

The sweet dish has delicate notes of spices like cardamom, nutmeg, and cloves. The spices add a strong taste and exquisite aroma when ground and added in small amounts to carefully enhance the flavor. Another key ingredient is proper coconut milk. To prepare thick, creamy coconut milk, one has to grate coconuts and then tightly squeeze it in your hands with a little water. Fresh coconut milk gives watalappan richness and its consistency.

Where to find watalappan in Colombo, Sri Lanka 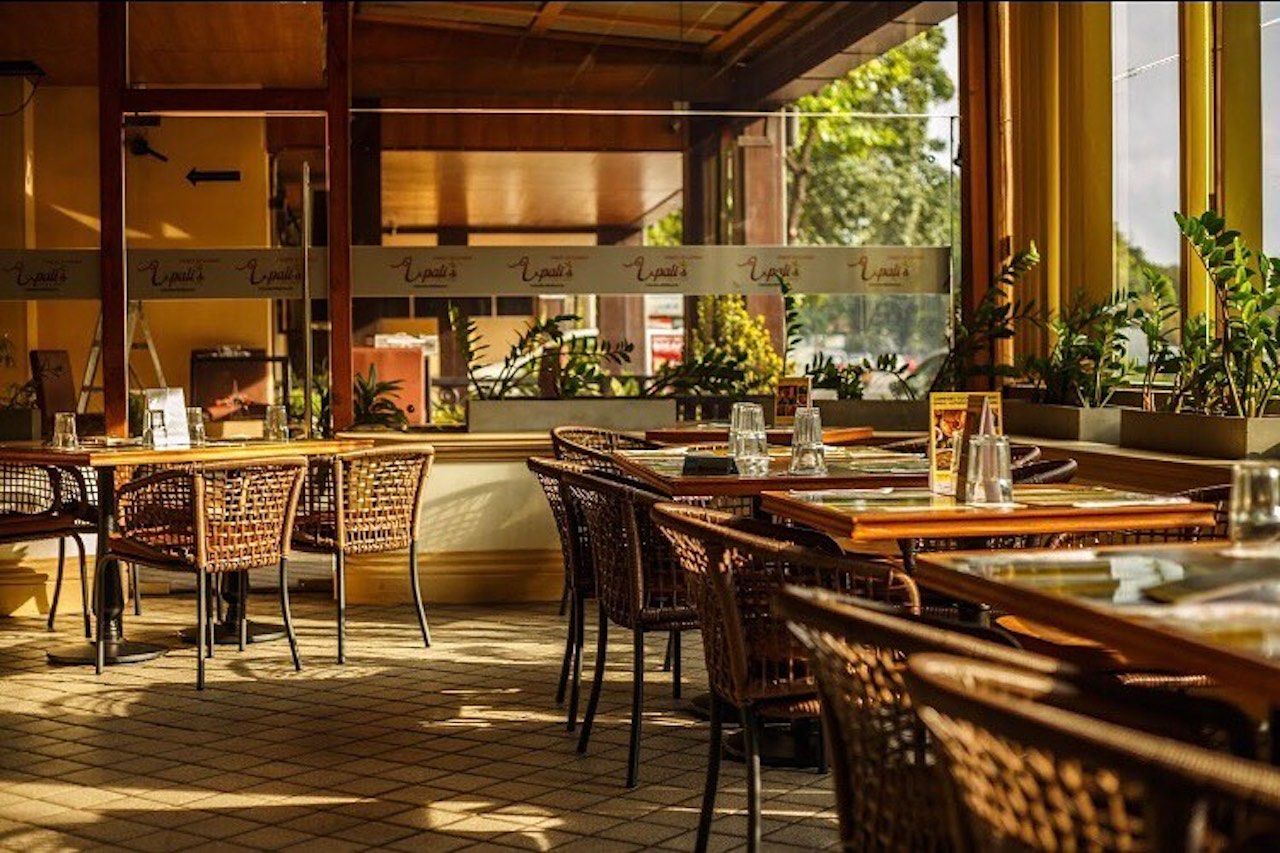 Watalappan is not an everyday staple, so don’t expect to find it in every hole-in-the-wall in Colombo, or elsewhere in Sri Lanka. You’ll find this sweet temptation packed into a tiny transparent plastic box in supermarkets, but commercially produced watalappan can rarely compete with the authentic taste. First off, commercial watalappan is baked, not steamed. Baking doesn’t create the same texture. Some restaurants in Colombo, however, thrive on home-cooked Sri Lankan cuisine, and watalappan is a must-have in their lunch menus or dessert spreads. These are the best places in the city to give it a try.

Upali’s Colombo: A large, family-friendly, and slightly upscale restaurant in the heart of Colombo. The restaurant was once a residential house and still has a welcoming vibe to it. It sits next to the tree-clad Viharamahadevi park and has both indoor and outdoor seating. Upali’s Colombo serves watalappan every day. Come for lunch and feast on rice and curry before you finish it off with a generous serving of watalappan topped with crunchy cashews.

Al-Maas Indian Family Restaurant: This popular joint is located on Marine Drive. It’s always busy with hungry customers. Have the chicken biryani for dinner and end with a caramel-glazed bowl of watalappan for dessert.

Galle Caterers: This catering service is one of the region’s most popular. Galle Caterers operate every day in Dehiwala, a suburb in Colombo. Order the sawan, a large silver plate of biryani for four or five people. Galle Caterers is famous for the ghee-oozing chicken sawan, which comes with a pot of deep brown, homemade watalappan for post-biryani sugar cravings.

Travel10 unmissable experiences that will put Sri Lanka firmly on your bucket list
Tagged
Dessert Sri Lanka
What did you think of this story?
Meh
Good
Awesome

The most idyllic Sri Lankan beach for every type of traveler

Island of Dharma: Intense beauty and culture across Sri Lanka

Sri Lanka’s Sigiriya: How to experience the impressive fortress

5 ways to save money on your trip to Colombo

The 8 most epic hiking trails in Sri Lanka