For some, water sports are a way of life. We’ve all heard stories of surfers who yo-yo between the northern and southern hemispheres year-round, chasing waves and dodging the inevitable winter withdrawal. Not everyone can uproot their lives every few months, though. Luckily for the rest of us there are winter water sports. With a little ingenuity, a number of the world’s favorite water sports have been adapted for the ice and snow, guaranteeing a good time for fans of both surf and slopes. From sailing across frozen surfaces to plunging below freezing waters, these seven winter sports will give you a new perspective on the summer pastimes you just can’t quit. 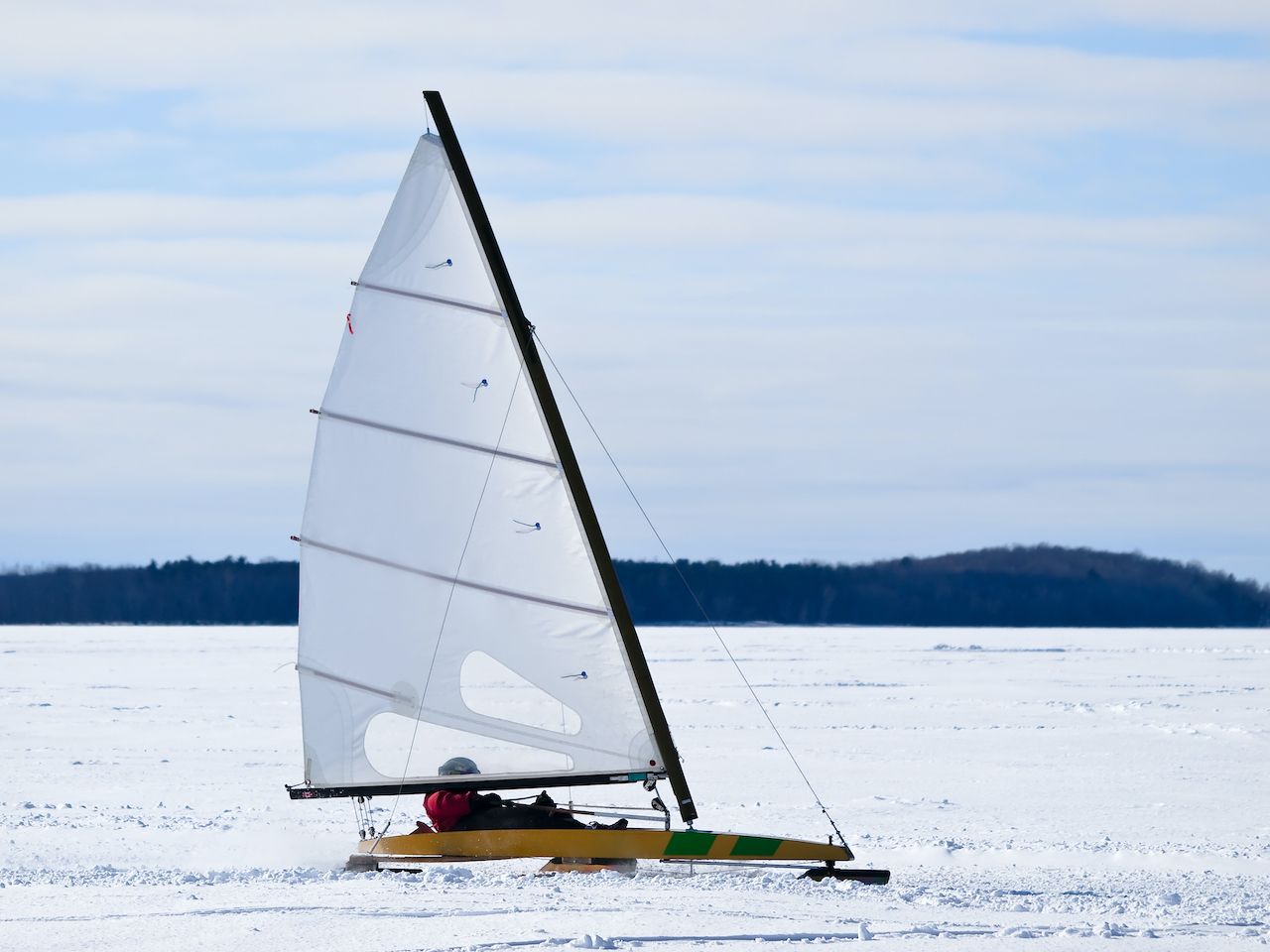 If the phrase “World Cup” makes you think sailing regatta, not soccer match, iceboating is the winter water sport for you. Iceboats work much like sailboats though their sails are attached to narrow hulls that glide on three thin blades called runners. Before they were used for sport, iceboats were used as transport vessels as far back as 2000 BC in northern Europe. Their recreational potential was seized in 1865 when the Poughkeepsie Ice Yacht Club was established, followed by the Hudson River Ice Yacht Club and others. Nearly a century later, the International Ice Yacht Racing Association was incorporated in Michigan in 1962.

Today, ice yachting has a dedicated fanbase, with both national and international races held yearly. If you’re in the northern United States or southern Canada, particularly around the Great Lakes region, and want to try iceboating for yourself, track down the nearest club and ask about lessons, equipment, and the best places to go sailing in your area. 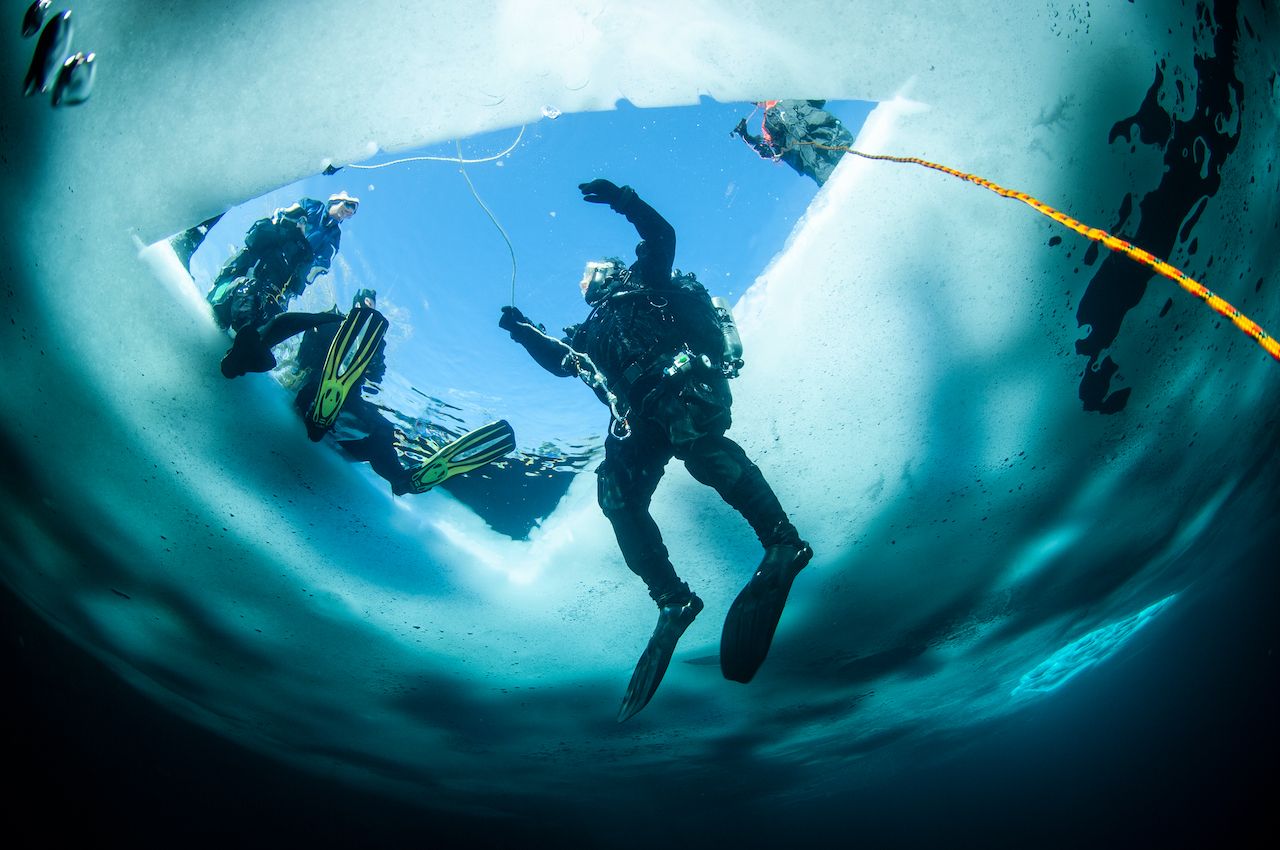 Scuba diving may conjure images of coral reefs, but not all divers surround themselves with sea turtles and tropical fish. Sometimes, the thrill comes from swimming below a frozen-over surface. Ice diving is extreme not only because of the water temperature, which requires divers to upgrade their wetsuits to drysuits, but also because there’s typically a single entry and exit point in the ice. As such, divers are tethered, and the exercise is considered a team sport. To enroll in the PADI Ice Diver course, you should already have an Advanced Open Water license and be 18 or older. Once you’re trained and certified, you can pursue ice diving everywhere from Alaska and New York to Russia, Greenland, and Antarctica. 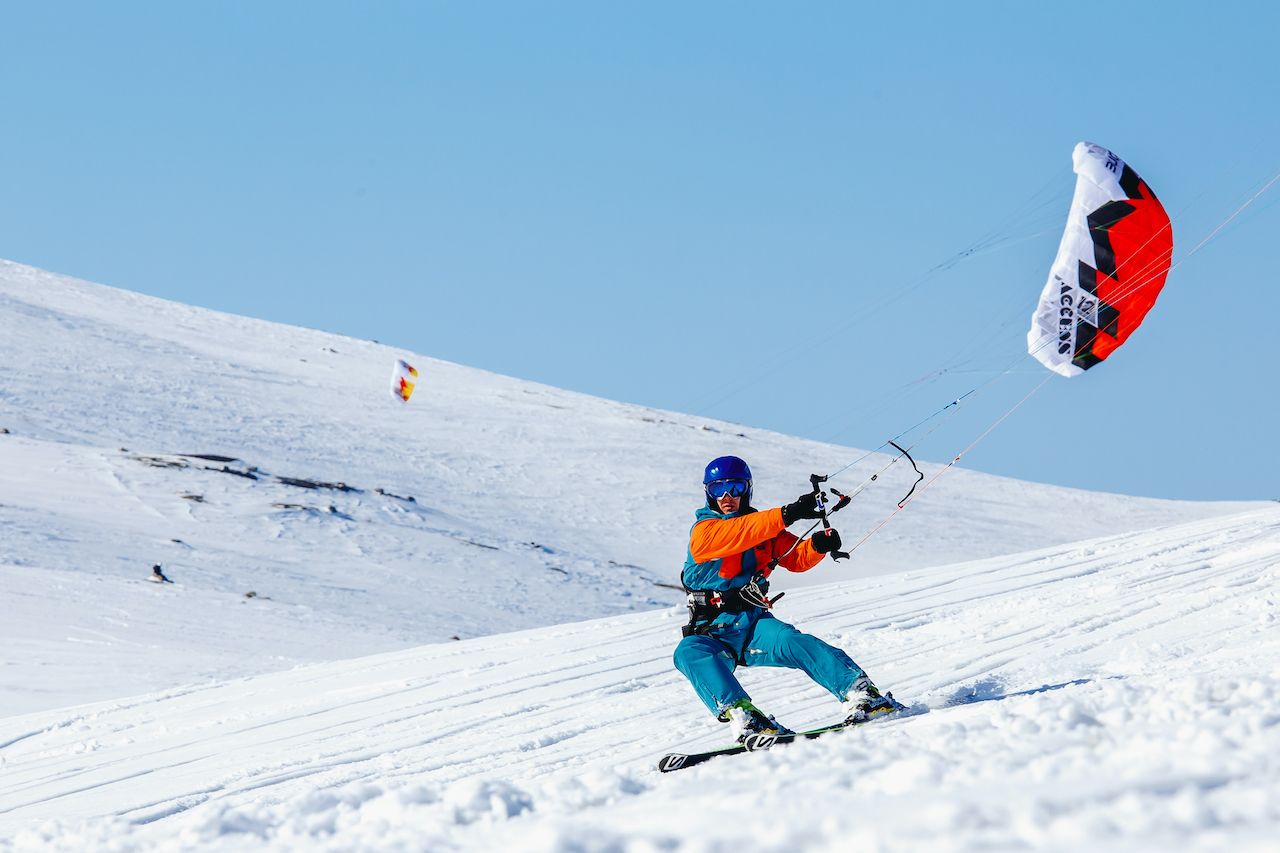 Much as snowboarding is compared to surfing on snow, snowkiting is what happens when you take kiteboarding to the slopes. Kiteboarders can use the same kite rig for both sports, swapping out their kiteboards for either downhill skis or snowboards come winter. Unlike traditional skiing and snowboarding, however, snowkiting is even possible on the flats as the lift from the kite propels you. The aerodynamic accessory also makes it easier to get enough air to pull off crazy jumps and tricks. Snowkiting is growing in popularity in snowsport destinations like Switzerland, Austria, and Norway. In North America, there are excellent options in or around many major winter resorts, from Jackson Hole in Wyoming to Banff in Canada. 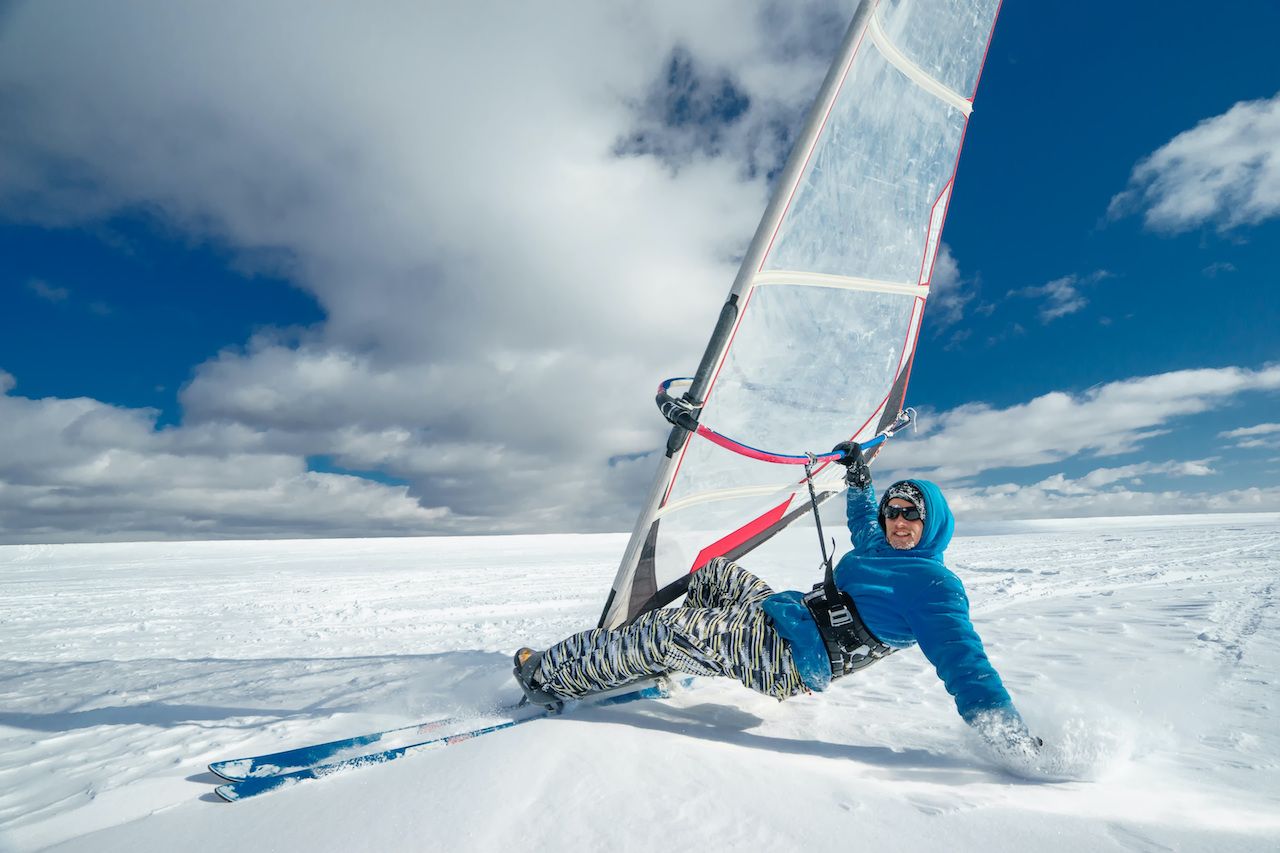 No need to get jealous, windsurfers. Ice surfing combines sailing and boardsports just like windsurfing, only ice surfers glide across frozen surfaces on long, narrow boards attached to razor-thin blades, similar to the way iceboats operate. Lakes are ideal for ice surfing on a windy winter day so long as the ice is thick enough to surf on. If you’re sold on the idea, Canyon Ferry Reservoir in Helena, Montana, and Lake Winnipesaukee in Wolfeboro, New Hampshire, are two of the top ice-surfing spots in the US. The latter has even hosted international competitions. 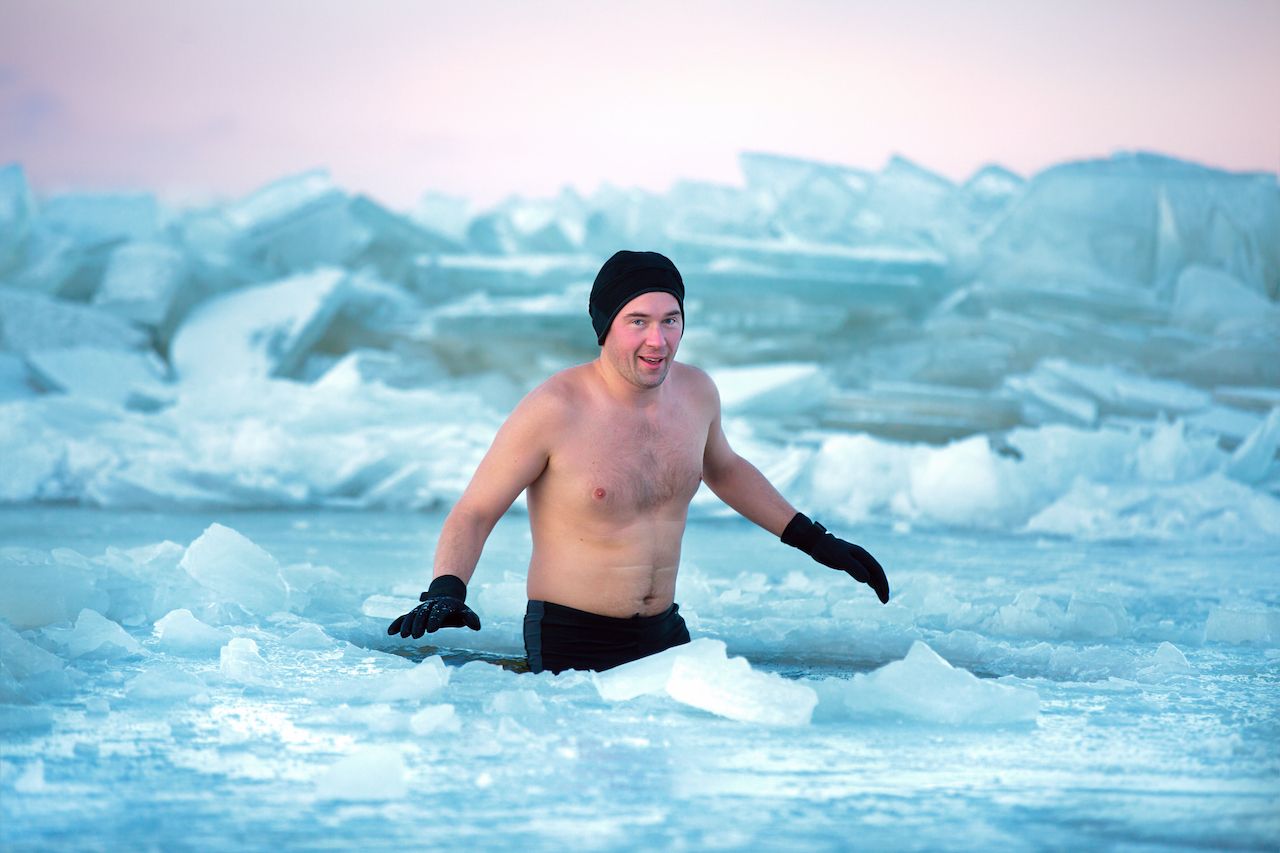 Tons of people swim during winter, whether they hit up the indoor pool at their local recreation center or sign up for polar bear plunges throughout the season. Ice swimming is more intense than the average cold-water dip, however. To start, it’s defined as swimming in 41 degrees Fahrenheit or colder water, whether a pool or natural water body, which often means accompanying sub-zero air temperatures. Per the International Ice Swimming Association (IISA), ice swimmers may only wear a standard swimsuit, a pair of goggles, and a cap.

Though there are health benefits associated with swimming in cold water, such extreme conditions are dangerous and should be worked up to slowly. Once you’re acclimatized, consider challenging yourself to the Ice Mile, a mile-long, supervised swim that you can do for fun or appeal to the IISA to ratify if you want your achievements officially recognized. Dozens of countries have their very own IISA outfits, making ice swimming one of the best winter sports for travelers, whether you’re interested in attending a race or getting in the water yourself. 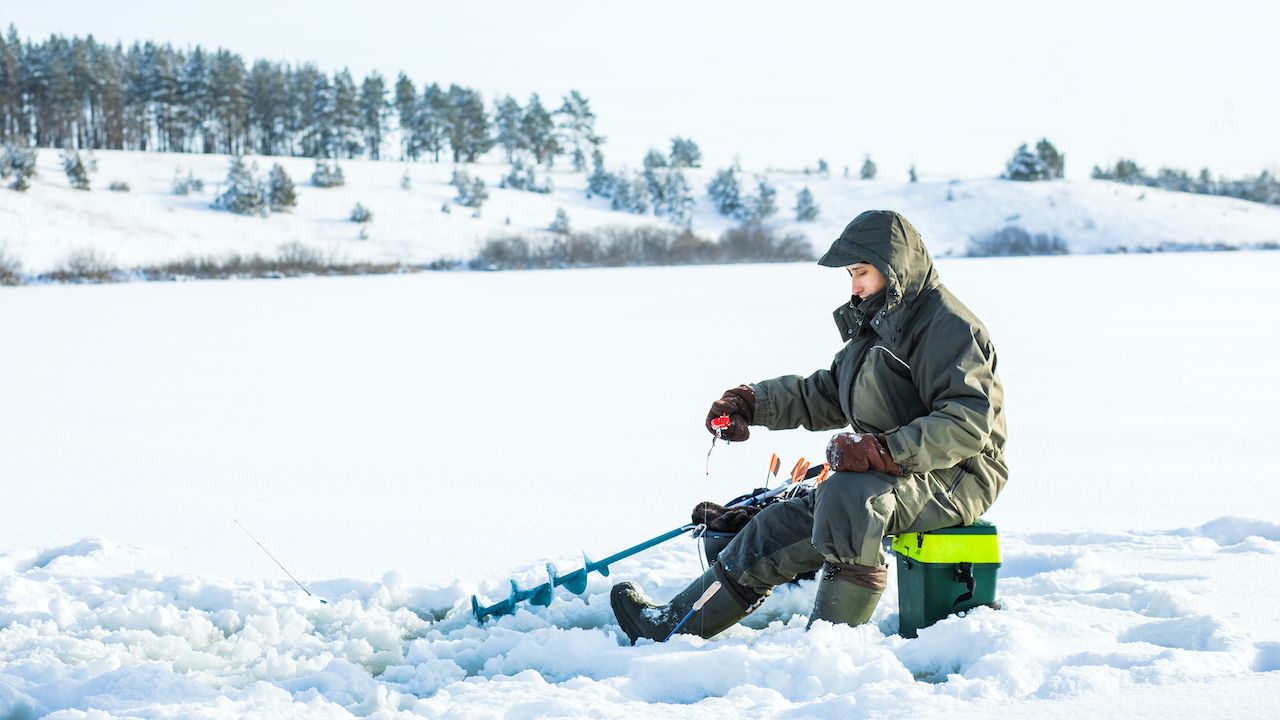 Early ice fishing practices trace back to North America’s indigenous inhabitants, who relied on spearfishing for sustenance even in winter. Today’s cold-weather anglers use technology like GPS and sonar to catch fish, as well as creature comforts like portable heaters to make their ice shanties, or huts, cozier. Ice fishing involves creating a hole in a frozen surface with an ice auger, dropping a line with a lighter-than-normal rod, and waiting for the fish to bite. It’s a particularly popular winter pastime in the Midwest, with ice fishermen taking to lakes throughout Michigan, Wisconsin, Illinois, Indiana, and more. The Great Lakes, particularly Lake Michigan, are among the best-established spots for ice fishing. Outside the US, ice fishing is also popular in cold-weather locales like Russia, Canada, and northern Europe. 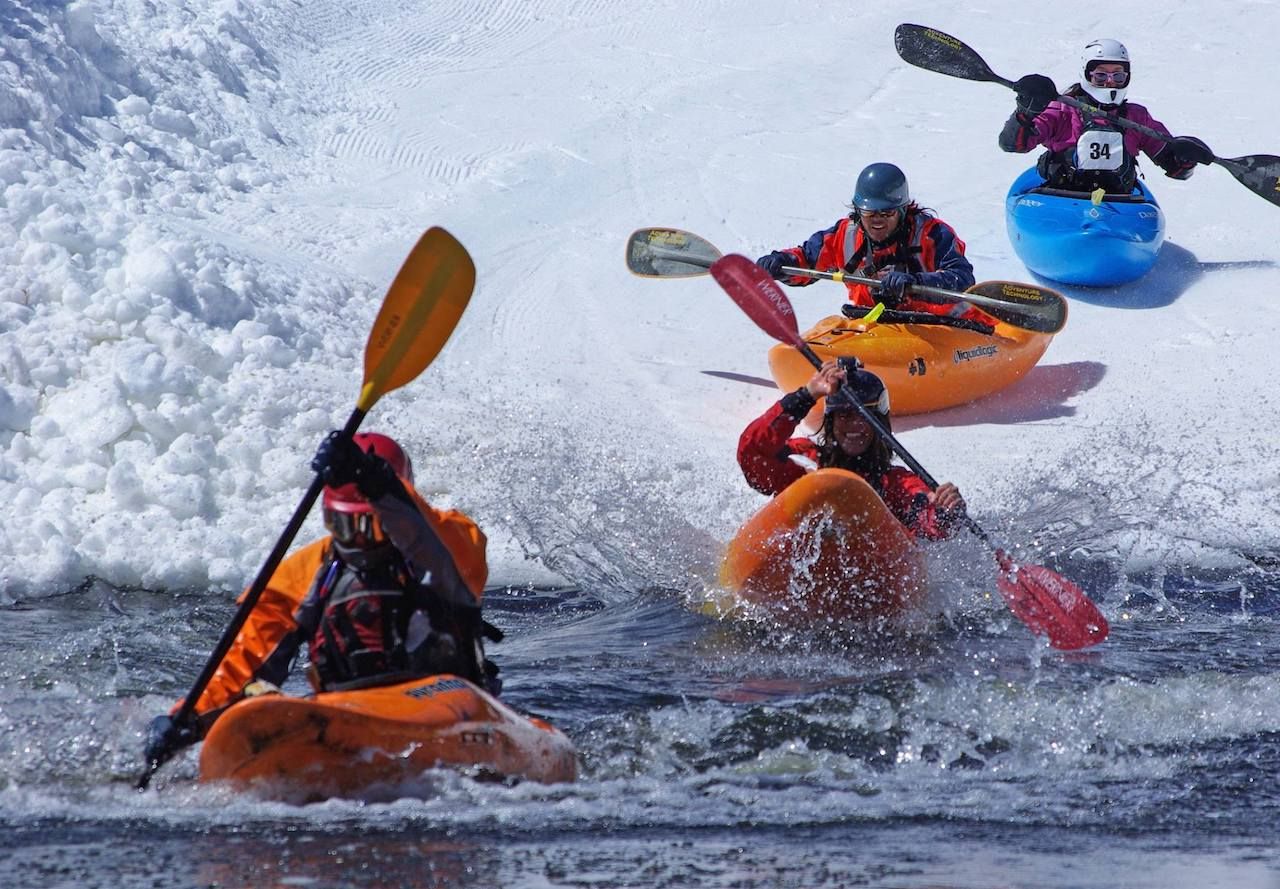 If you’re dreading unearthing that sled that’s been collecting dust in your garage this winter, but love the thrill of a downhill dash, consider keeping your kayak handy year-round instead — if you have one. Snow kayaking is as wacky as it sounds, but Red Bull put it on the map when it hosted competitions on customized downhill tracks in Estonia and Lithuania a few years back. It’s still not the most established winter sport, especially as it’s classified as an extreme sport, yet select US ski resorts, including Colorado’s Monarch Mountain, do allow snow kayaking.

Ski & SnowThe Best Places To Go Cold-Water Surfing This Winter
Tagged
Ski & Snow
What did you think of this story?
Meh
Good
Awesome