It’s a good thing that one of the responsibilities of the Executive Branch isn’t determining what constitutes “good art” and “bad art.” While all forms of art and architecture are subjective, most would probably agree that the US government isn’t exactly an authority on architectural aesthetics, but that may not stop them from dabbling anyway. According to a preliminary draft order obtained by Architectural Record, the White House may be trying to rewrite the Guiding Principles for Federal Architecture, issued in 1962, to make all new federal buildings adhered to a classical architectural style.

The draft order, reportedly titled “Make Federal Buildings Beautiful Again,” says that for new and upgraded federal buildings, “the classical architectural style shall be the preferred and default style.” This would be an effort to return the country’s federal buildings to the classical models embraced by the founding fathers — a style inspired by democratic Athens and republican Rome. The contemporary style, the order argues, has failed to integrate “our national values into Federal buildings,” which have been “influenced by Brutalism and Deconstructivism.”

The draft specifically calls out the US Federal Building in San Francisco and the US courthouse in Austin and Miami for having “little aesthetic appeal.” 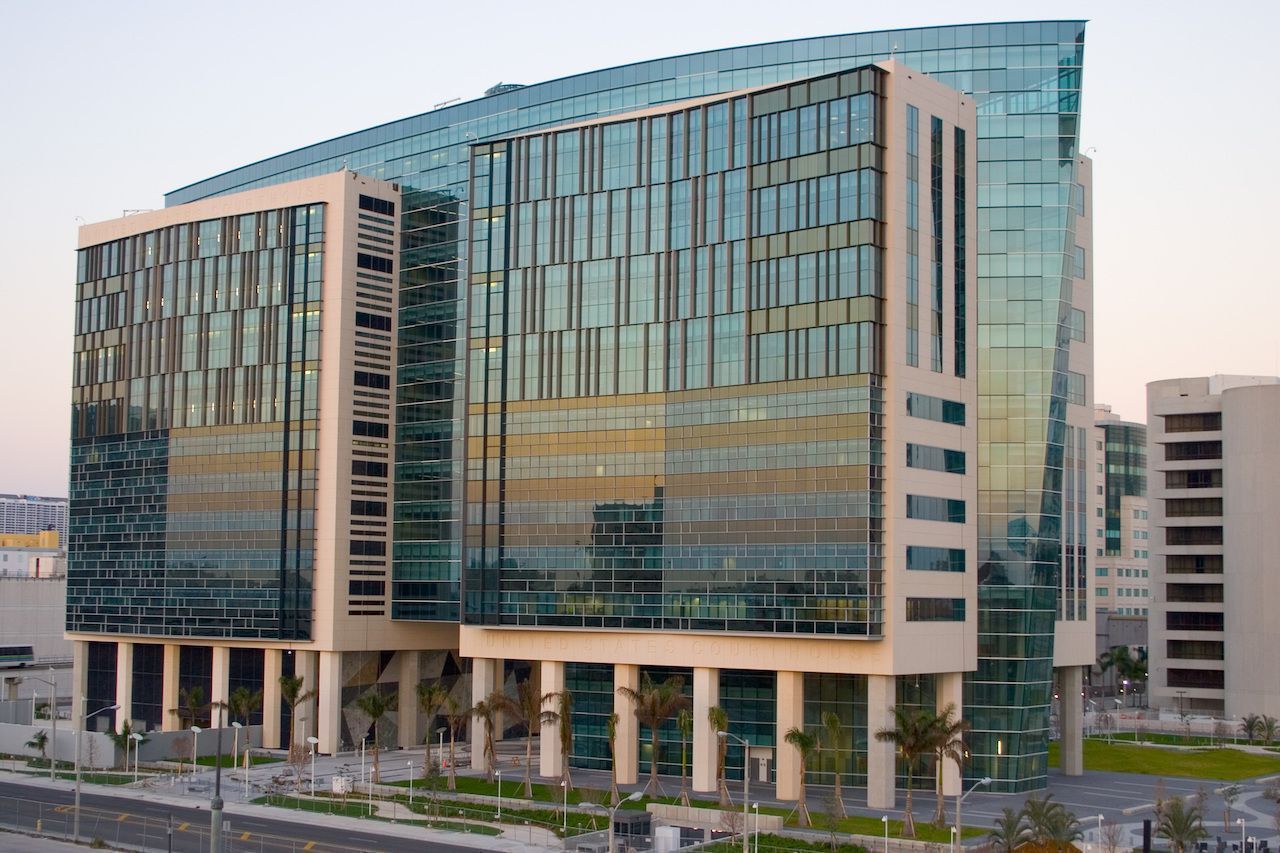 The old Guiding Principles in place do say to avoid Brutalist and Deconstructivist styles, but they also state that “design must flow from the architectural profession to the government and not vice versa,” and even that “the Government should be willing to pay some additional cost to avoid excessive uniformity in design of Federal buildings.”

President Trump’s appointments have reflected this desire to reclaim the classical aesthetic. In 2018, he appointed Justin Shubow, the president of the National Civic Art Society, whose mission is to promote classical architecture. The society aims to restore architecture to its pre-modernist roots, with its website stating that, “contemporary architecture is by and large a failure.” Shubow was vocally against the modern design for the Eisenhower Memorial, which thankfully is still moving forward and will open in May.

It remains to be seen whether this draft order ever comes to fruition, but there will doubtless be pushback not only politically but also from the architectural community. The American Institute of Architects already issued a statement: “The AIA strongly opposes uniform style mandates for federal architecture. Architecture should be designed for the specific communities that it serves, reflecting our rich nation’s diverse places, thought, culture, and climates. Architects are committed to honoring our past as well as reflecting our future progress, protecting the freedom of thought and expression that are essential to democracy.”

The Trump Administration has not responded to the story.

Art + Architecture7 Lesser-Known Parisian Architectural Wonders You Can Check Out for Free
Tagged
News
What did you think of this story?
Meh
Good
Awesome