In California and much of the American West in the past few years, late summer has become fire season. And of course, because it’s 2020, this year’s fire season has been particularly devastating. Wildfires have broken out in multiple states, devastating homes, polluting the air, and giving the sky an eerie dark orange hue. Fires have broken out in Oregon, Washington, and most notably California, where blazes have already burned around 3 million acres — shattering the previous record of 1.7 million acres set in 2018.

In California, 2.9 million acres have been burned thus far, compared to the 270,000 acres burned last year, which was devastating enough. In Washington, 350,000 acres were burned in a 24-hour period earlier this month, and Oregon’s governor called the wildfires potentially “the greatest loss of human lives and property due to wildfire in our state’s history.”

In dry areas, a lack of rain and soil moisture can facilitate the growth of small fires, which is even further exacerbated by high temperatures and strong winds. The Climate Council has suggested that the threat of wildfires is greater than in previous years due to climate change, with drier soils, more drought, and hotter temperatures. A number of catalysts can lead to wildfires, however, and this year the blazes were precipitated by a lightning storm.

The fires have been particularly destructive in the Bay Area, where Matador Network headquarters is located. The smoke turned the sky dark and orange, making it almost impossible to tell what time of day it was. While many photos are circulating on social media, the following otherworldly pictures were taken by some local friends, and show just how badly the fires have affected the San Francisco sky. 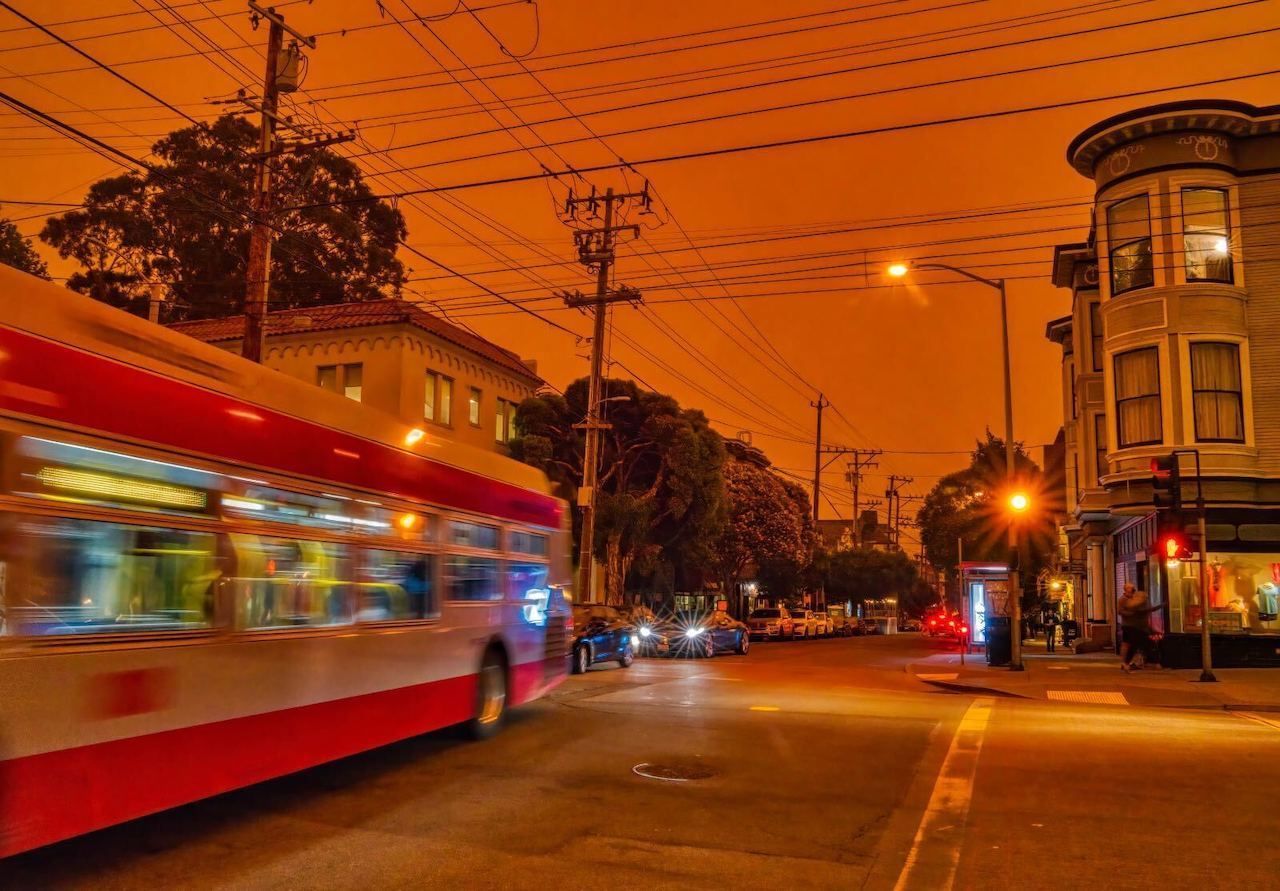 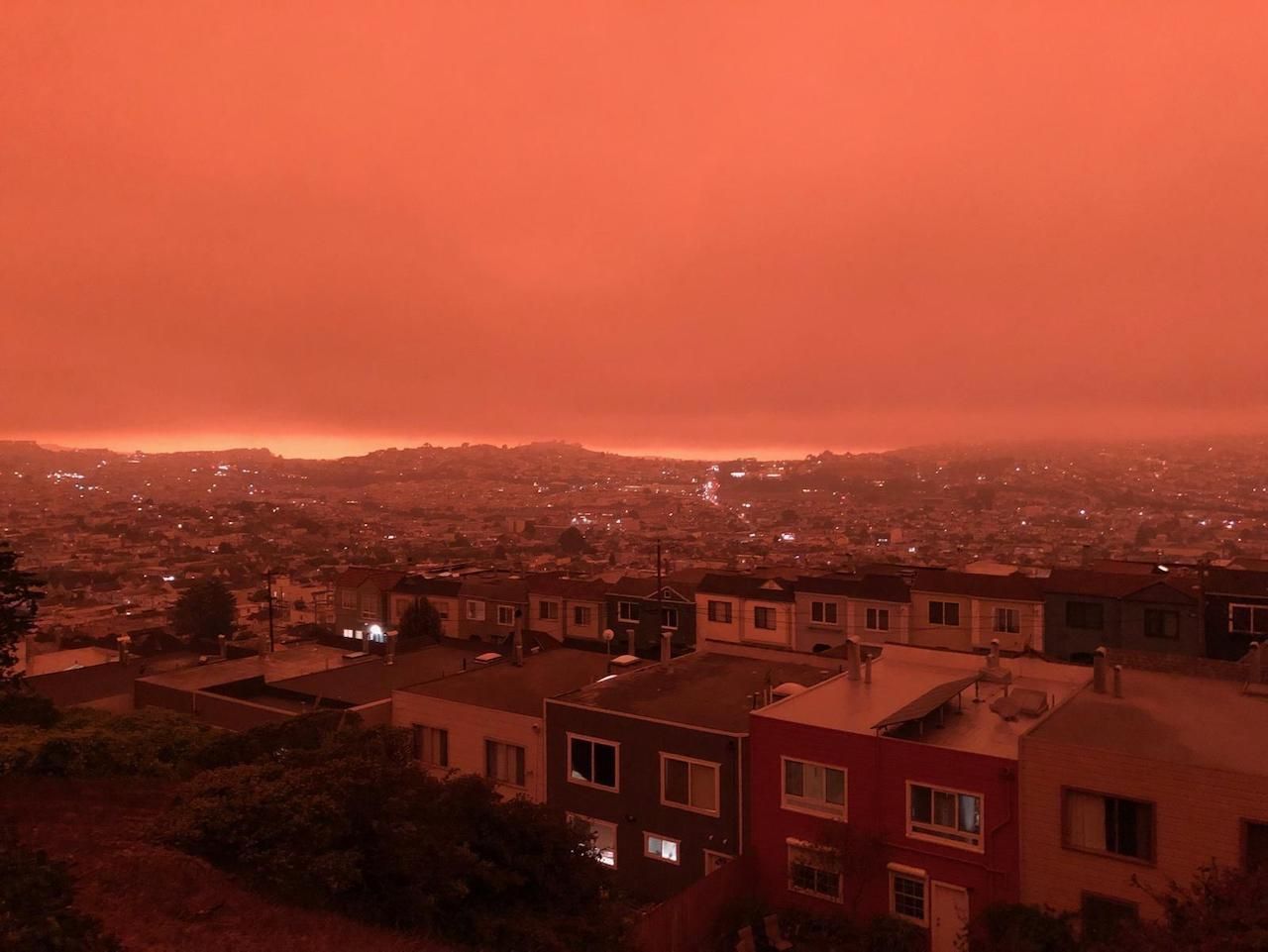 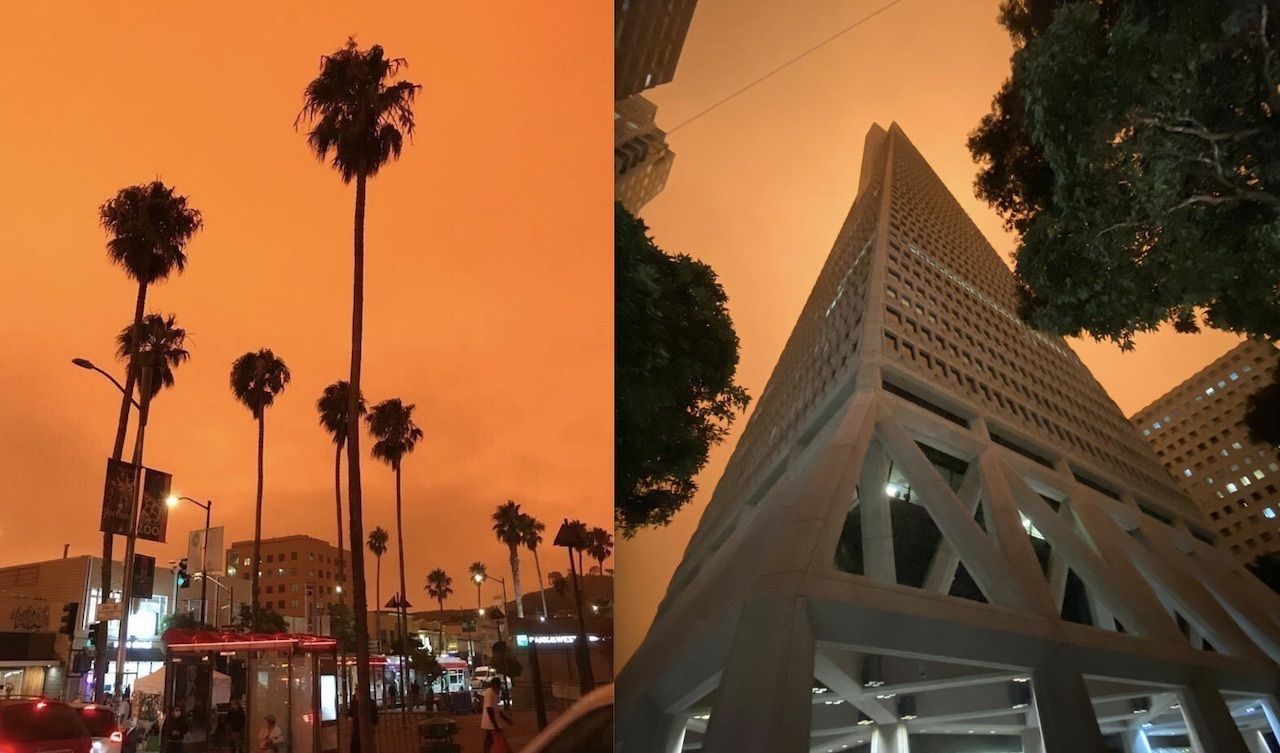 To help those affected by the fires, you can donate to the American Red Cross disaster relief and recovery fund, which supports evacuation centers and recovery programs; the Salvation Army, which assists victims with food and water; or the United Way Bay Area, which offers long-term recovery assistance.

NewsCalifornia’s Oldest State Park Has Been Devastated by Wildfire
Tagged
News United States
What did you think of this story?
Meh
Good
Awesome