If you’re not playing Wordle at this point, you’re sleeping under a rock. Swaths of people worldwide are racking their brains every single day to find the winning five-letter combinations and avoid the dreaded X/6 score. Since the game’s launch in October 2021, it has reached millions of players and even inspired spinoffs like Airportle, a version for airport codes. Josh Wardle recently sold the game, which he had originally created for him and his partner to play, to The New York Times.

Wordle has brought a little bit of rivalry among groups of friends and family who compete against each other daily to be the fastest at finding the word of the day. And while you may know who is the best at solving Wordle among your people, don’t you wonder what US states, and countries are the current Wordle champions?

Wordtips, a website dedicated to helping you succeed at word games like Scrabble, crosswords, and of course, Wordle, conducted a study to see where in the world are people the best at solving Wordle. The company extracted 195,248 tweets with hashtag #wordle and grouped the data by user locations in city, state, and country. 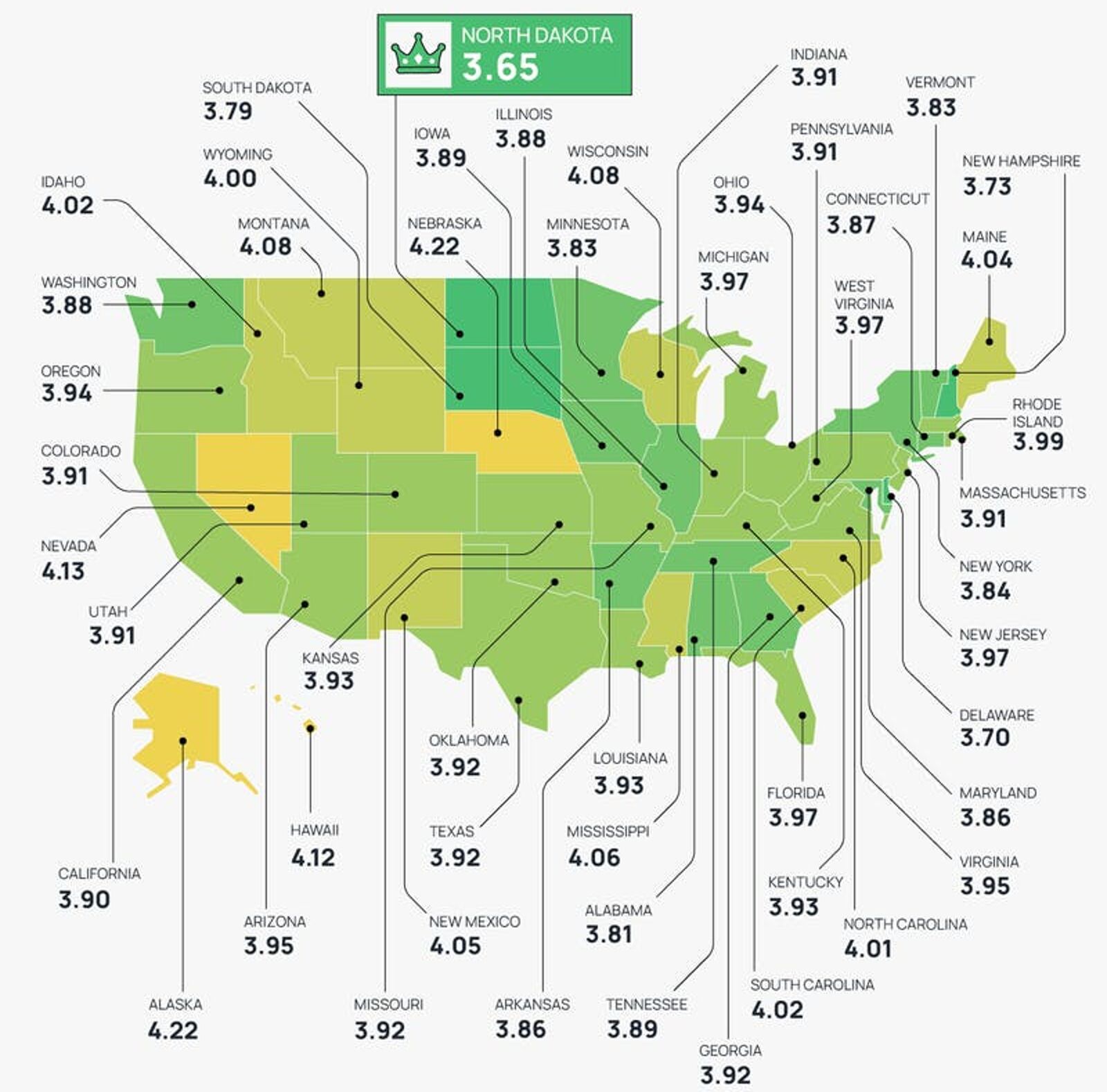 The US state with the best overall score in Wordle is North Dakota, with an average try of just 3.65 tries. Delaware trails behind at just 3.70 tries, and in third place is New Hampshire, with 3.73 tries. Players in Alaska need to step their game up — taking an average of 4.22 tries to nail down the daily word.

In terms of US cities, players in St. Paul, Minnesota, are Wordle royalty with an average of just 3.51 tries. Reading, Pennsylvania, follows at 3.56, and players in Ann Harbor, Michigan, need about 3.59 tries. 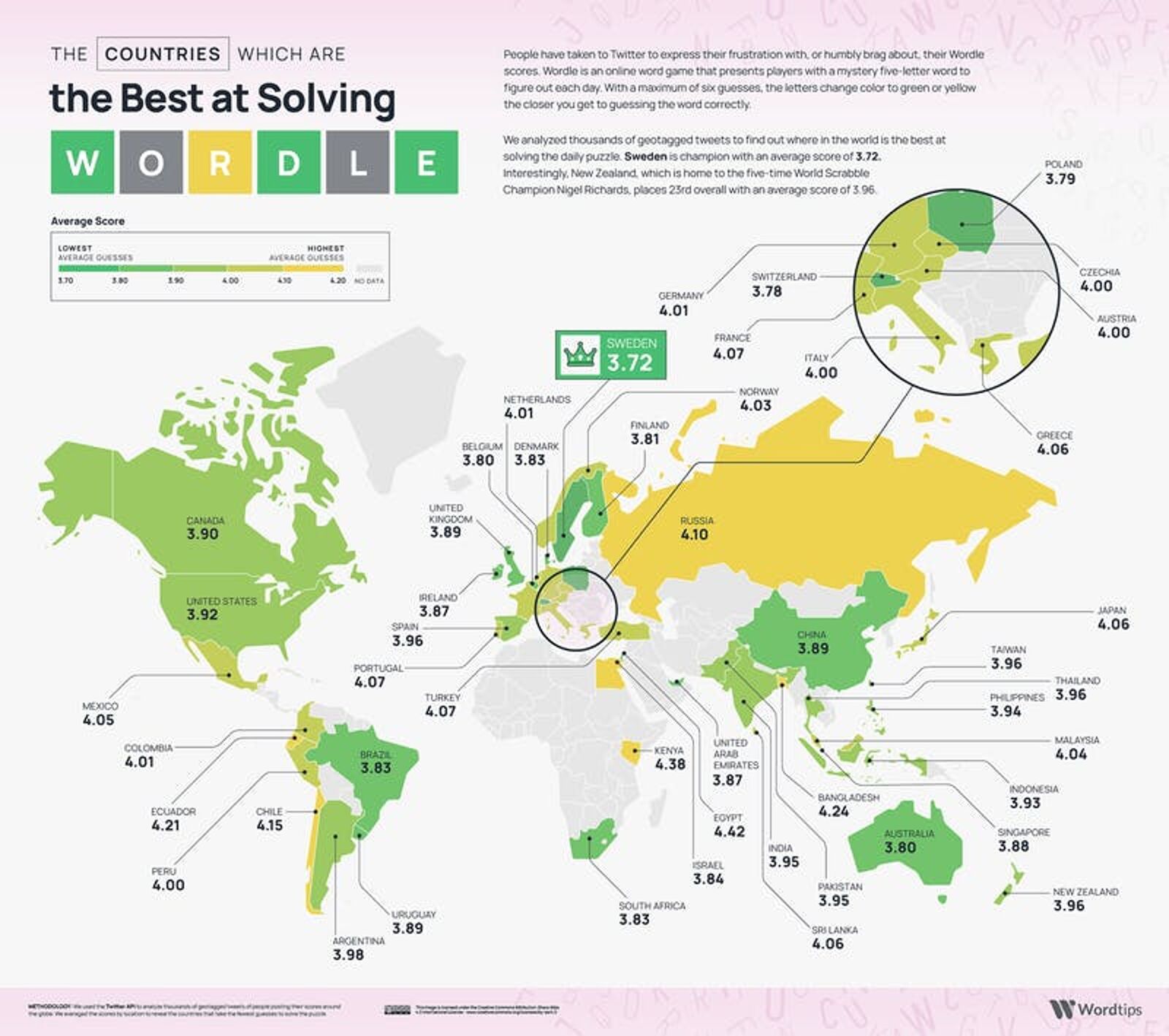 On a worldwide scale, the US ranks as the 18th best county, with an average of 3.92 tries as a nation. Sweden, on the other hand, is the world’s best country at solving Wordle, taking 3.72 tries nationwide, while players in Switzerland take 3.78 tries, and Poland barely trails behind at 3.79 tries. However, in Australia, the fourth best Wordle-playing country overall, the players in the city of Canberra are smoking the competition with just 3.58 tries — followed by Jerusalem, Israel, at 3.63 tries, and Malmö, Sweden, with players taking 3.66 tries.

So the next time you’re playing Wordle, just know it’s bigger than you. You’re playing for an entire country.

Airports + Flying9 Games You Can Play Even in the Most Cramped Airplane
Tagged
News
What did you think of this story?
Meh
Good
Awesome