You’ve probably heard the maxim “size doesn’t matter” applied to a wide range of situations — and sometimes it’s even true.

When it comes to beaches, however, and the myriad factors that make a beach day either enjoyable or miserable, size absolutely matters.

No, larger beaches aren’t inherently more fun or relaxing than smaller ones, but they do provide something essential for a stress-free experience: space. At a larger beach, you don’t have to worry about an extended family with five couples and 27 kids saddling up next to you because open space is in short supply.

August 30 is National Beach Day in the US, and September 1 is World Beach Day, and Matador wondered which were the world’s longest beaches. So we rounded up some of the longest beaches in the world for your travel bucket list. Hanging out at one of the beaches below will give you not just enough room to set up camp with family and friends, but also space to “go long” with a Nerf football or play paddle ball without beaning a stranger in the head. Unless you’ve got a vacation home with a private beach all to yourself (good for you, by the way), bigger beaches are simply better.

Of course, there’s always debate about which beach on any given continent or country is the longest, as it really depends on how you define one continuous beach — and it’s great for marketing efforts to claim your destination has the longest beach. For the beaches below, we’ve highlighted the ones that most people generally seem to agree are the longest.

These are 11 of the world’s longest beaches to visit — perhaps for World Beach Day 2023? 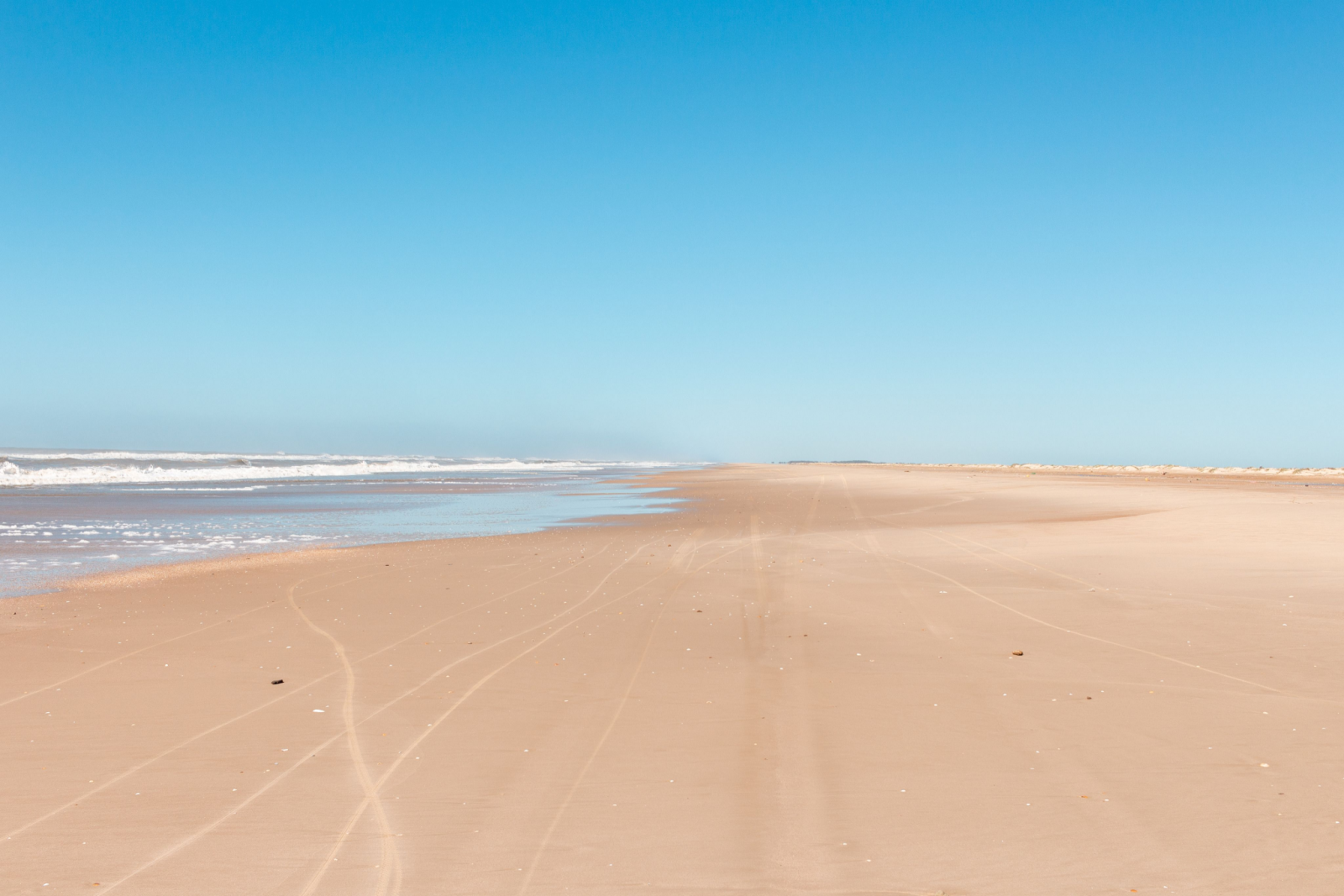 Praia de Cassino stretches from the southern border of Brazil (near Uruguay) to Rio Grande, which means it covers an enormous stretch of South America’s coastline.

That makes it not only the longest beach in South America, but the entire world, with around 131 miles of uninterrupted sandy space. It’s popular among surfers worldwide and borders several cities and towns that make for great day trips (including the northernmost city on the beach, Rio Grande, completely surrounded by water). The beach is also known for sand dunes, wildlife, and the Navio Altair shipwreck. The wreck sits in just a few feet of water and is a popular spot for photographers. 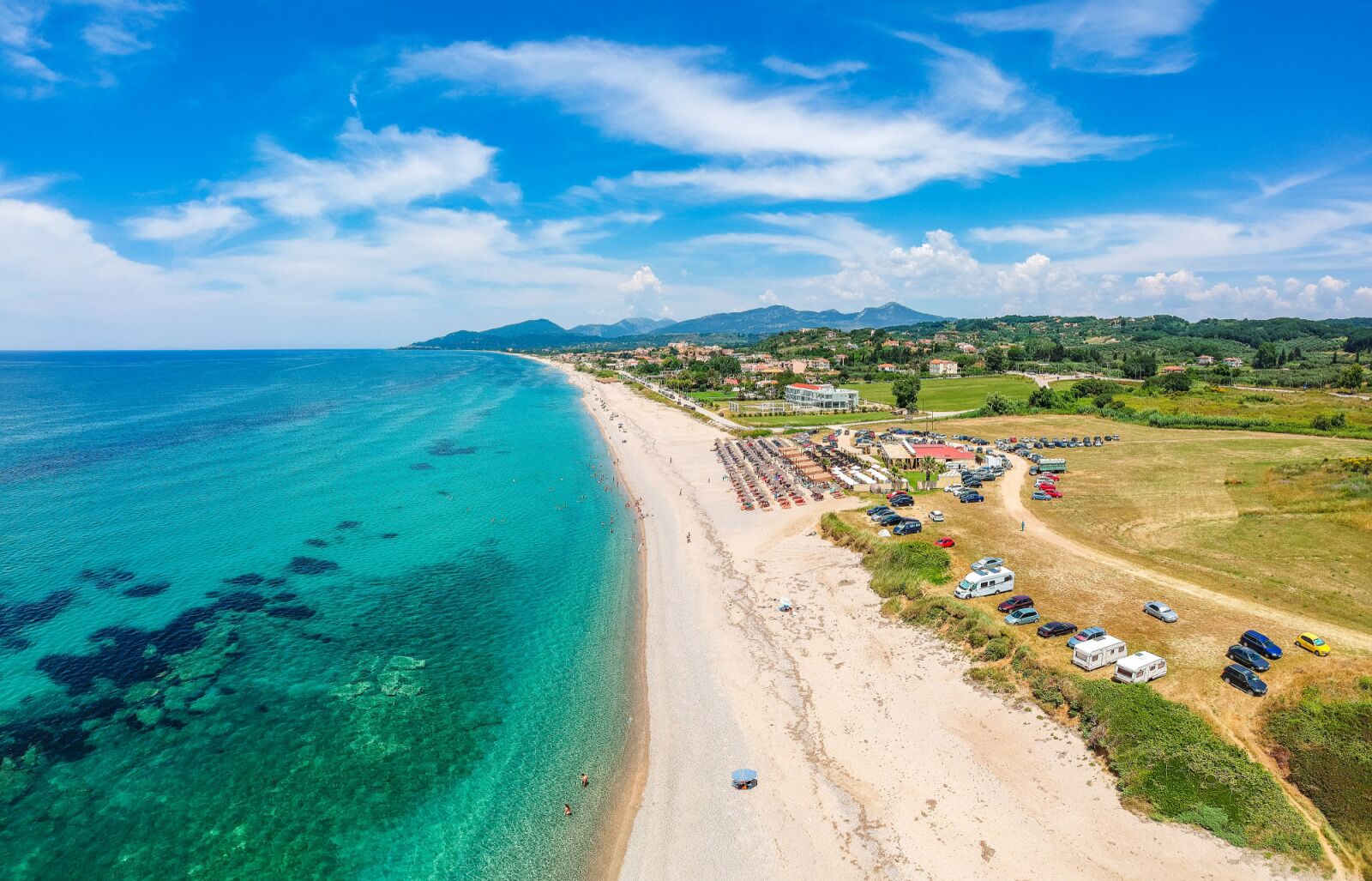 The longest beach in Europe, Monolithi Beach stretches 13.6 miles from Myitkas to Kastrosikia Village along the west coast of mainland Greece. Spanning the west coast of the Prefecture of Preveza and attracting locals and international visitors alike with its pristine white sand, the beach backs to both a protected forest and the Koukos Hills, a scenic and historic hiking area. Plan to spend a few days here. 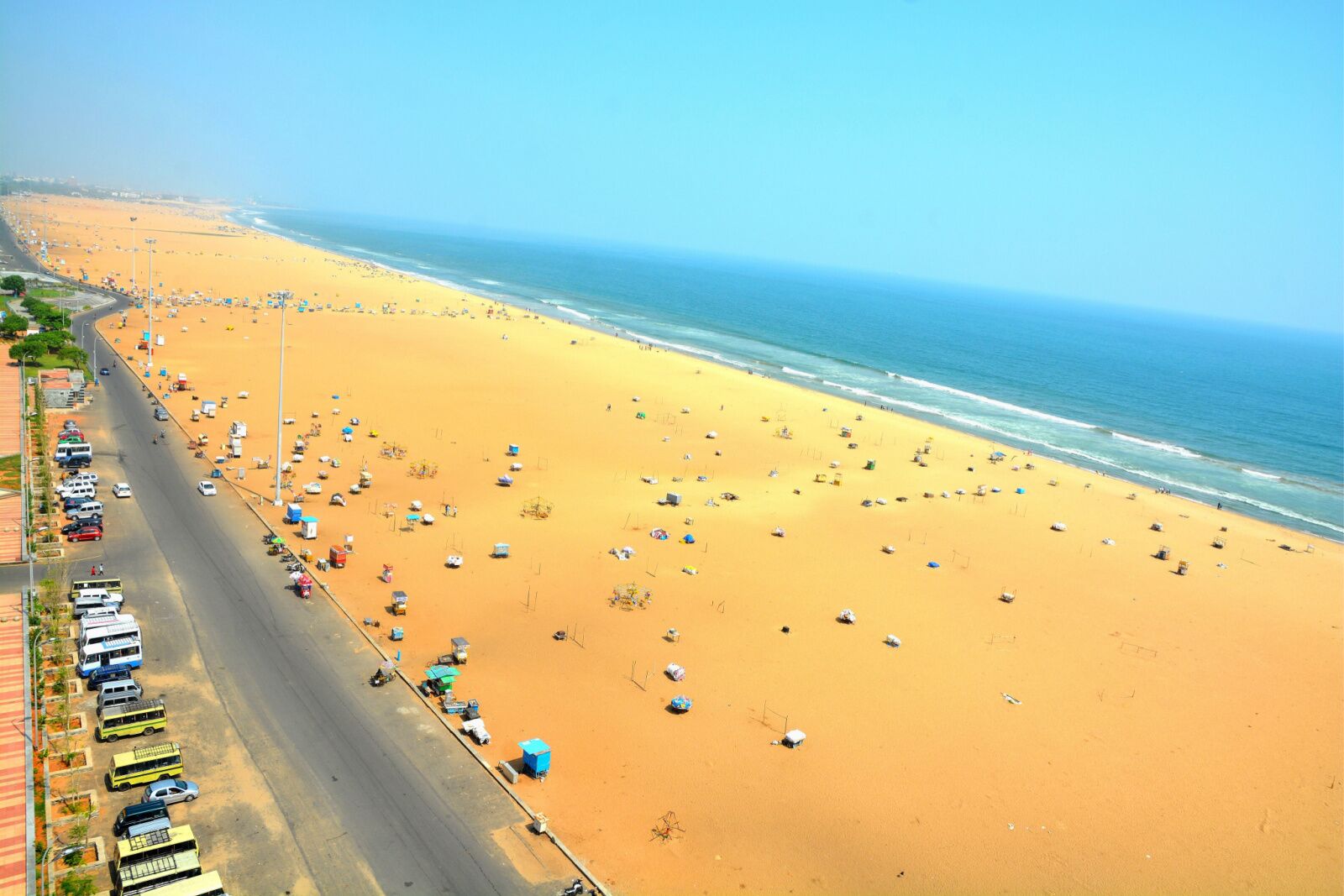 Marina Beach is the longest beach in both India and all of Asia, spanning 7.5 miles from Besant Nagar in the south to Fort St. George in the north. Aside from simply relaxing on the sand and enjoying the water, visitors can check out the nearby Marine Kingdom aquarium, the historic “Ice House” used by the British to store ice in the hot climate, and the sprawling Chepauk Palace, one of the best examples of Madras architecture in India. There are also several prominent statues on the beach, including ones in homage to Mahatma Gandhi, British Governor Sir Thomas Munro, and human rights activist Dr. Annie Besant. 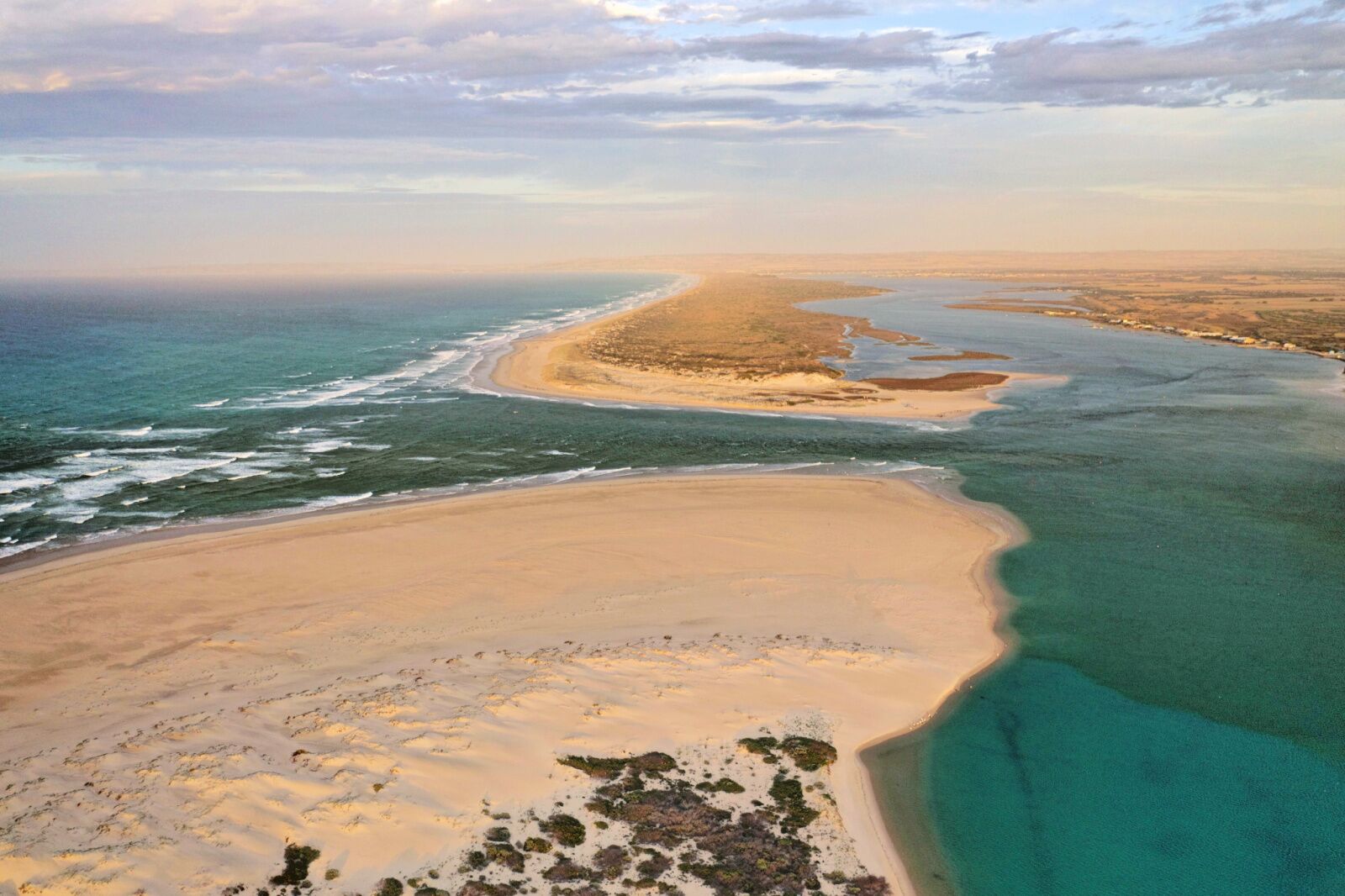 This coastal lagoon system, known as “The Coorong,” is home to the longest beach in Australia at 121 miles long. The perfect stopover on any road trip between Melbourne and Adelaide, The Coorong is known for its rich bird ecosystem, hosting pelicans, sharp-tailed sandpipers, Australian shelducks, Australasian bitterns, pied oystercatchers, and others. You may even recognize the beach from the 1976 (or 2019) film Storm Boy, about a boy who rescues and raises a pelican. 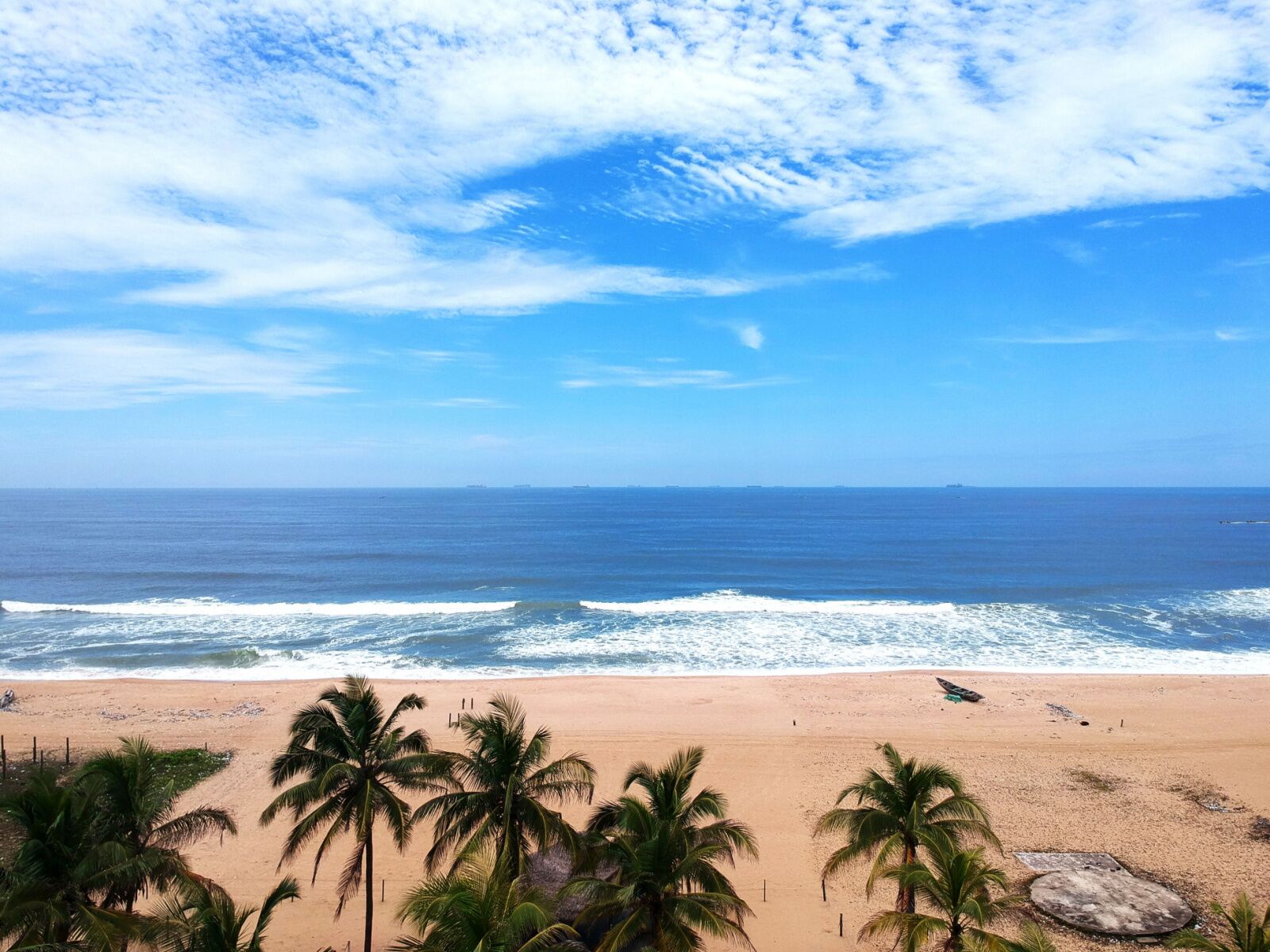 At the southern end of Nigeria’s state of Akwa Ibom is Ibeno Beach, stretching for 18.6 miles along the country’s Atlantic Coast. That makes it one of the world’s longest beaches and the longest in Africa. It’s popular with area visitors thanks to its facilities for watersports, beach soccer, boating, rafting, and even horse and camel riding. Since there are plenty of trees along the coastline, the beach even has enough shade to provide relief on those oppressively hot days. 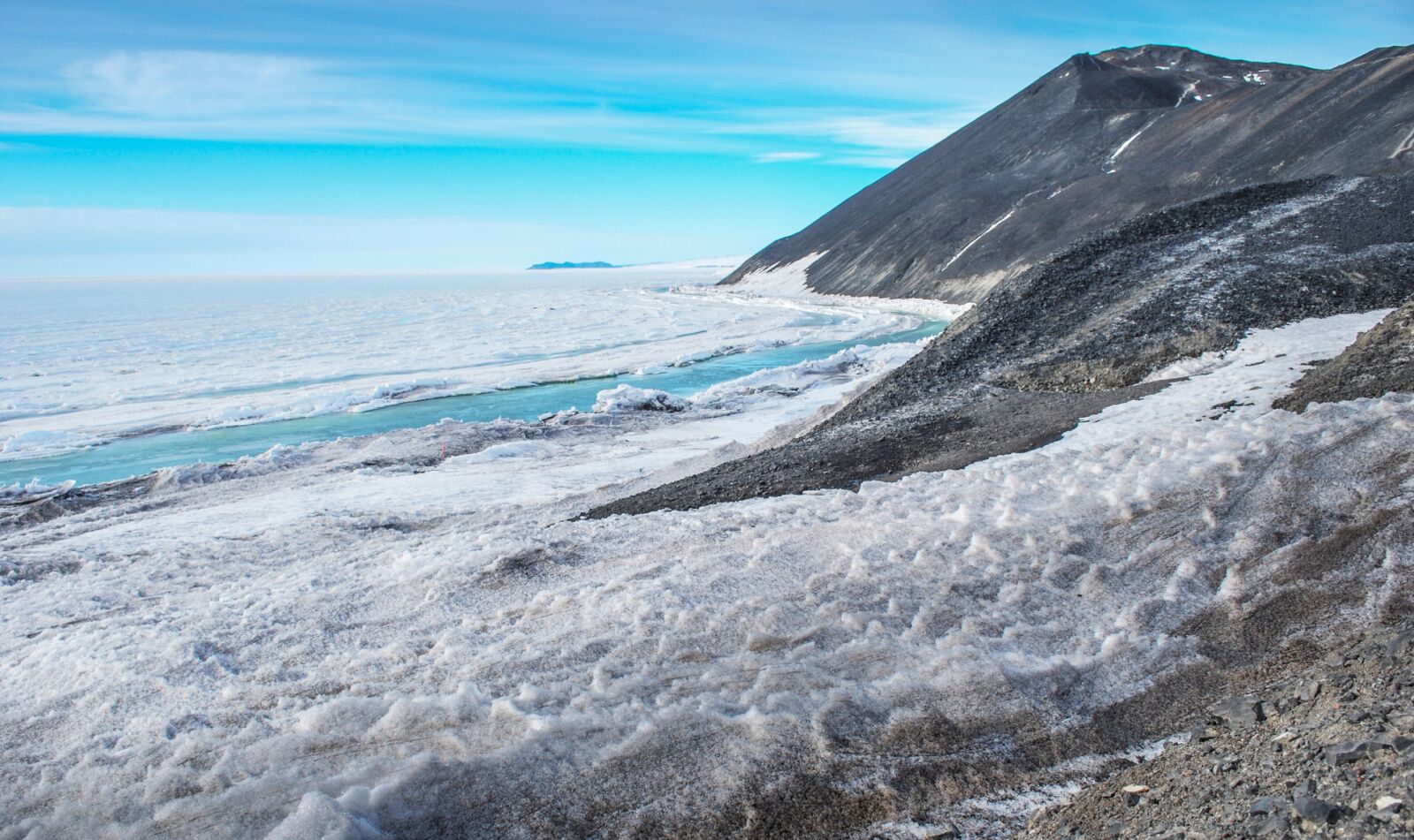 That’s right, Antarctica has beaches. McDonald Beach — named for the captain of a New Zealand-based expedition in the 1950s — is the largest on the continent and one of the longest beaches in the world. The water just offshore home to penguins, orca whales, seals, and many rare bird species.

While it’s not covered in ice like most of Antarctica, you should probably stay out of the water unless your idea of a refreshing dip is a polar plunge. On Ross Island, the beach isn’t somewhere you can take your family for a day trip – it’s only accessible via one of the cruise expeditions that visit Antarctica during the southerly continent’s summer season. 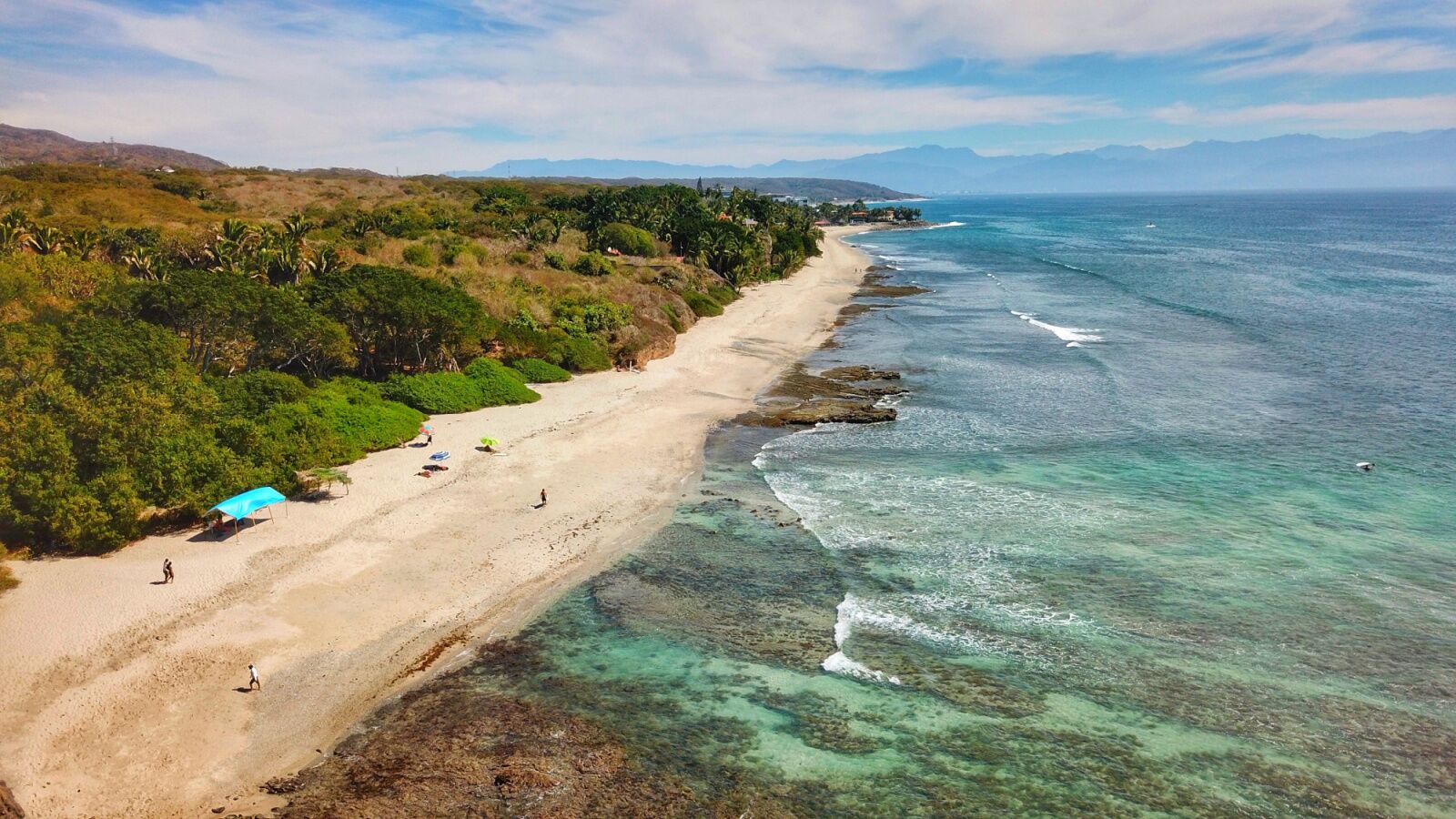 At 56 miles long, Novillero Nayarit has the title of not just one of the world’s longest beaches, but also the longest in North America. Bordering the Pacific Ocean in Mexico, the beach is known for its calm, peaceful waters, making it perfect for swimming or just wading out into the water. In addition to simply offering miles of golden sand, the beach also has several restaurants easily accessible for beachgoers. There are no public amenities, however, so plan accordingly and be sure to bring everything you need from home if you don’t want to pay for a beach club day pass.

Longest beach in the US: Padre Island National Seashore, Texas 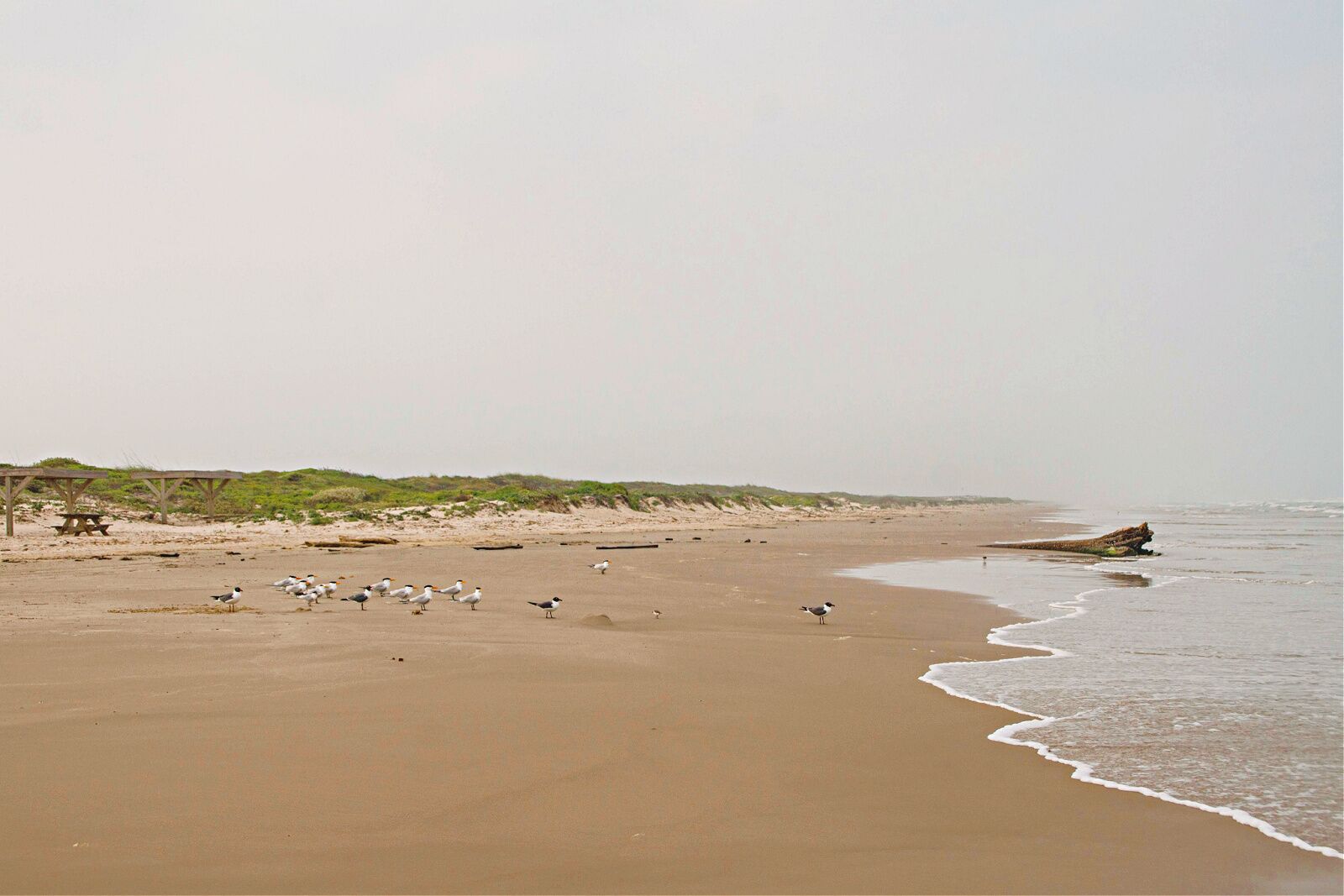 They say everything is bigger in Texas and in the case of the world’s longest beaches, that’s correct. Though some sources claim Virginia Beach (in Virginia) is the longest beach in the US, it’s probably Texas’ Padre Island, home to the Padre Island National Seashore. The federally protected site managed by the National Park Service stretches for some 66 miles along the world’s longest undeveloped barrier island. Though undeveloped, there’s plenty to do, from epic kayaking and paddling to beach camping, volunteering with sea turtle release programs, birding, or just chilling on the beach. 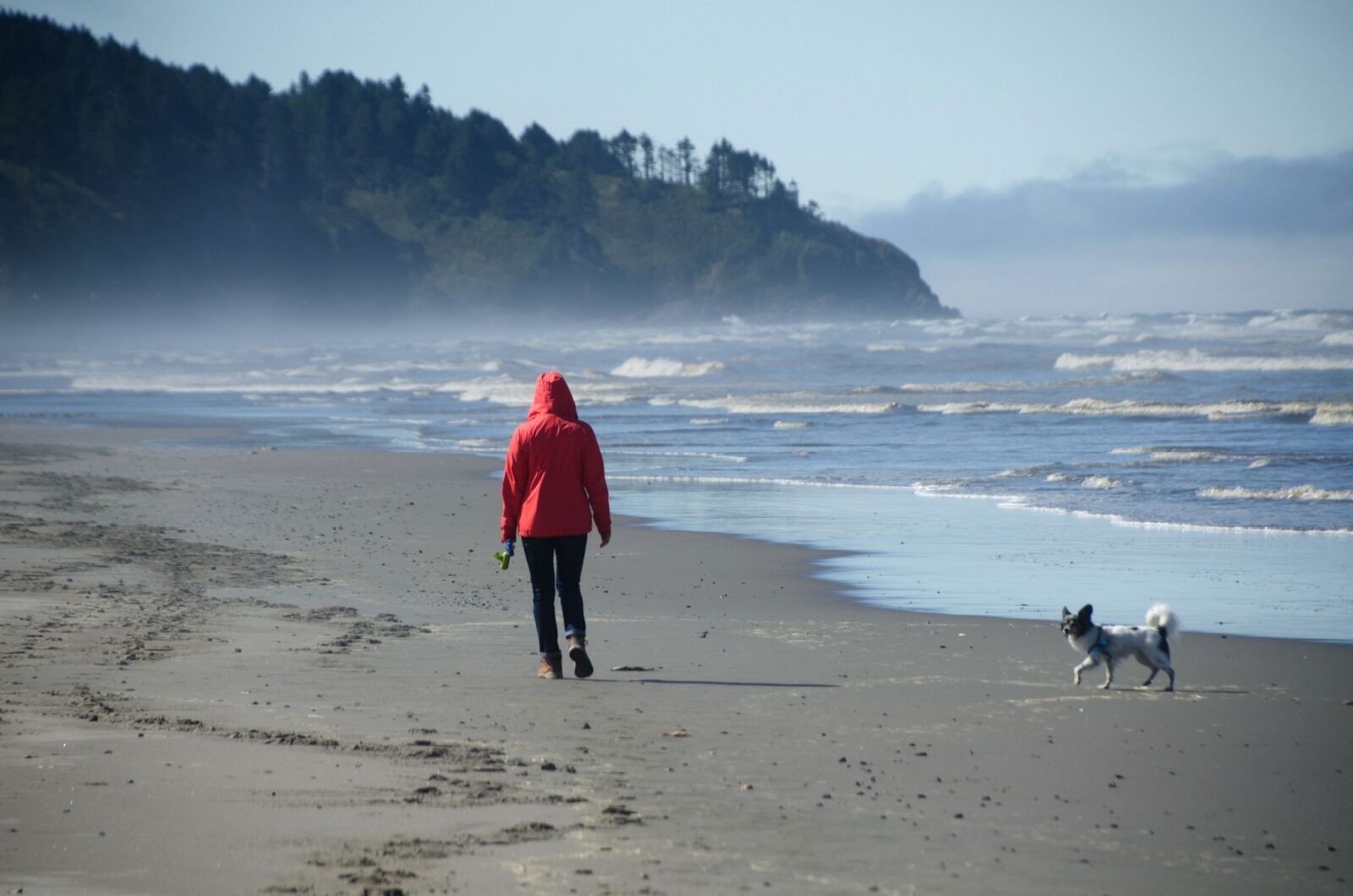 True to its name, Long Beach Peninsula on the southern coast of Washington State is the longest beach on the US’s West Coast. Abutting the Pacific Ocean, the beach stretches for 28 miles and has an 8.5-mile discovery trail (great for hiking or biking) and a wooden boardwalk extending for half a mile across dunes.

Long Beach Peninsula is home to six state parks and has stunning natural features like basalt cliffs, old-growth forests, and prime wildlife viewing, plus the remains of some coastal forts. You can’t leave, though, without trying some of the region’s famous shucked oysters. 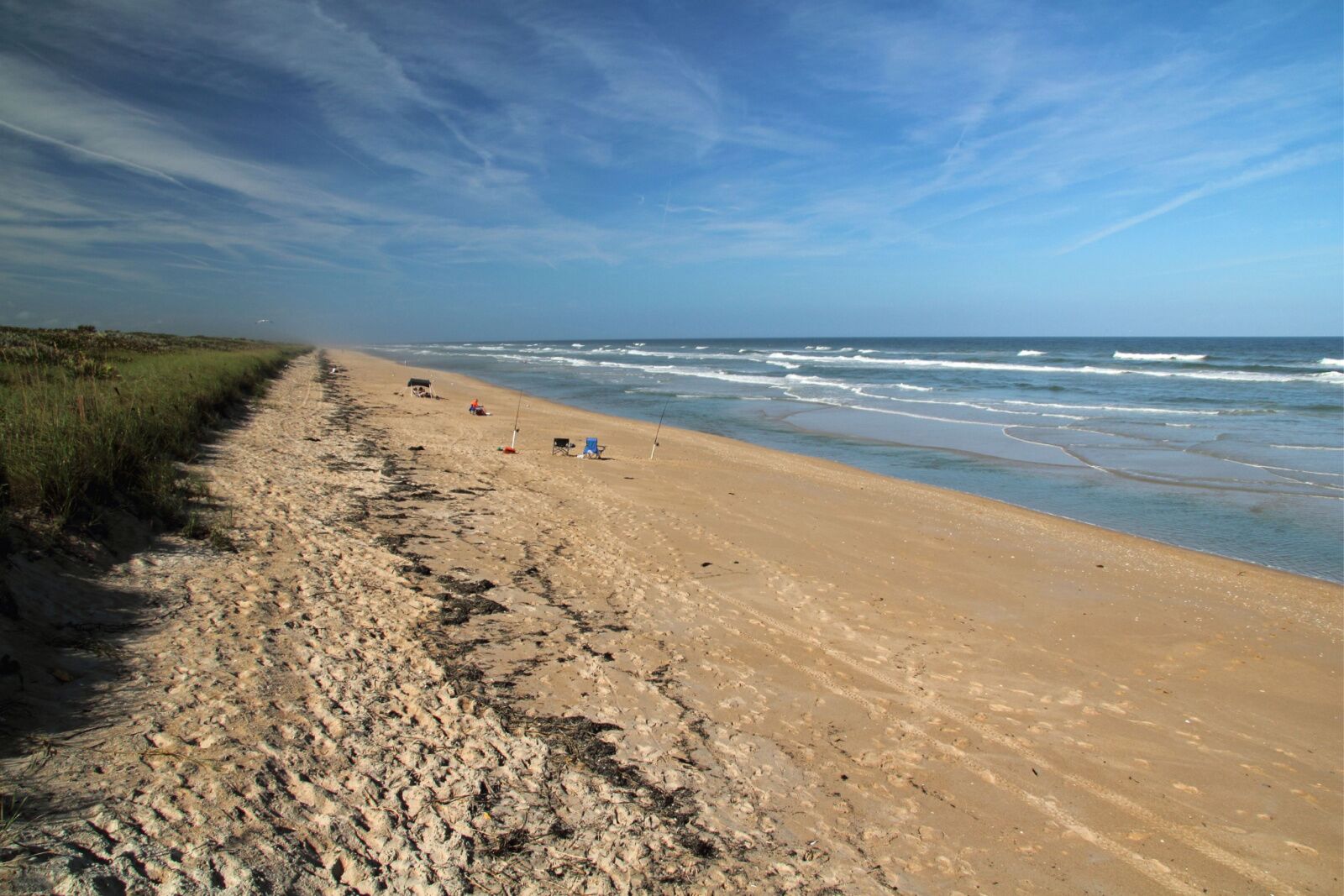 This 23-mile stretch of seashore in Brevard County, Florida, is the longest stretch of undeveloped Atlantic coastline in the state. The barrier island consists of dunes, lagoons, and Timucua Native American mounds, and is a sanctuary for thousands of plant and animal species. In addition to hiking, boating, and fishing, one of the most popular activities at the beach is watching NASA’s occasional rocket launches, which happen at the Kennedy Space Center on Merritt Island. 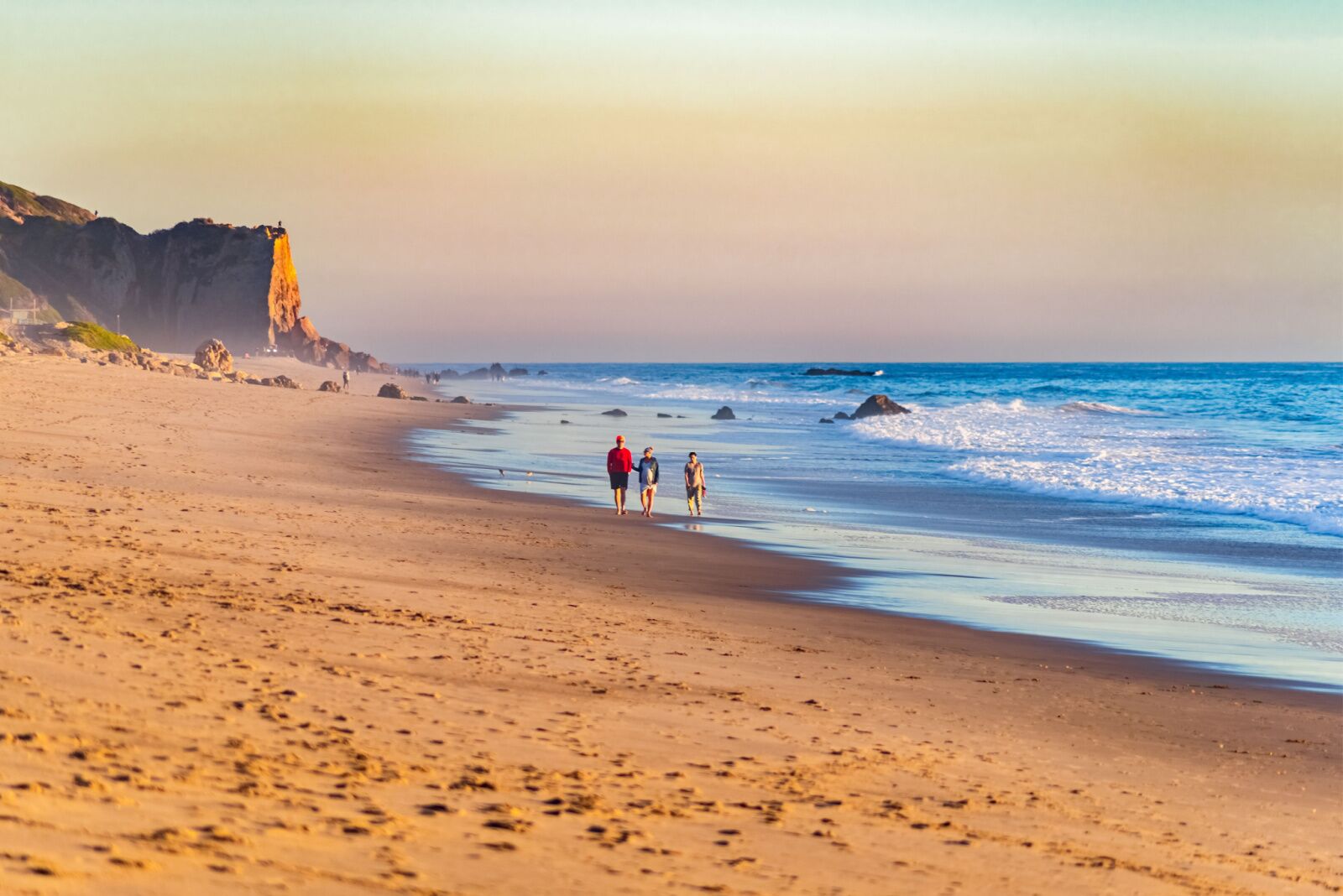 If the Beach Boys songs from the 1960s are to be believed, California has the US’s best beaches. And if you want the biggest of the best, head to Zuma Beach in Malibu.

While it’s not among the world’s longest beaches, it is the state’s longest at two miles long. It covers 100 acres and is known for being the hip spot. While it has beautiful places to relax, like the sheltered Paradise Cove area, it’s also well-known for its beach volleyball nets, which results in a round-the-clock vibrant social scene. The title of the longest beach in California is a particularly hard one to measure, but most people seem to agree Zuma Beach is the longest recreational, continuously sandy stretch on the shoreline.

29 Phrases To Get You Started Learning Pidgin English