Usually, destinations try to promote their most popular attractions to bring in tourists. Since 2020 is upside down anyway, maybe they should start advertising their worst attractions. A map of the US, created by Matt Shirley and posted on Instagram, shows every state’s worst attraction, and it’s bound to generate some controversy. The method he used to create the chart isn’t exactly scientific. He polled his 389,000 Instagram followers and asked for their opinions on each state’s most skippable attraction. The results are pretty hilarious.

You’ll likely recognize most of the unfortunate “winners,” as they’re often touted as the state’s most famous site or landmark. Basically, they’re places you probably went on a field trip when you were in elementary school, if you happen to hail from that particular state, where you’re guaranteed to find crowds of other tourists. 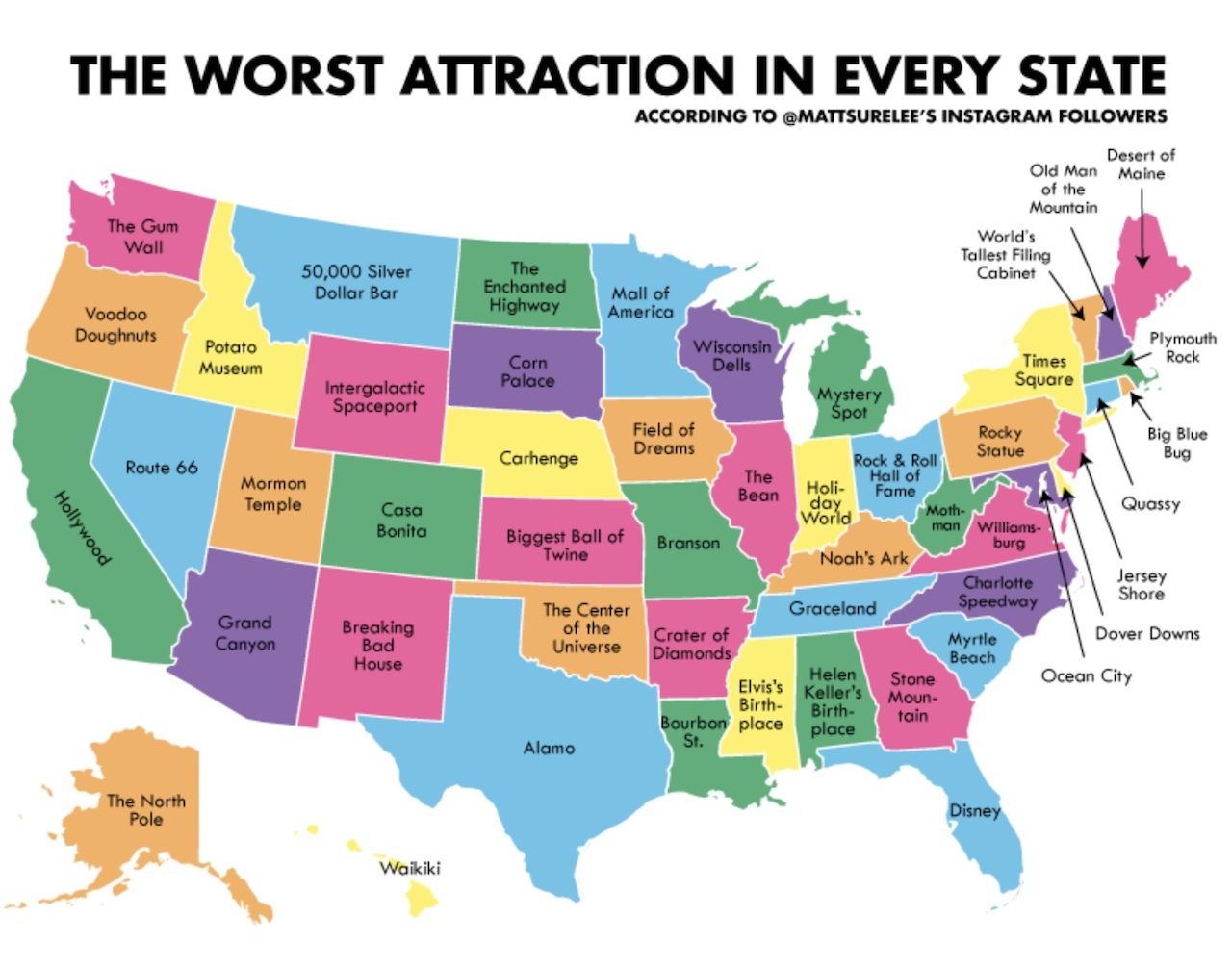 Plymouth Rock took the top spot for Massachusetts, Times Square for New York, Colonial Williamsburg for Virginia, and the Alamo for Texas. Some attractions are barely attractions at all, like New Hampshire’s Old Man of the Mountain which crumbled several years ago. Much of the chart is likely to spark outrage, as Disney World, Graceland, Hollywood, and Waikiki all made the list. Many Twitter users have been responding to the graphic defending their state’s “worst” attraction, particularly some angry people from New Jersey coming yet again to the defense of the oft-maligned Jersey Shore.

And some of the results are simply indefensible. Fine, the Biggest Ball of Twine might be overrated, but the Grand Canyon? Thousands of tourists show up there for a reason.

Insider GuidesThese 7 US Cities Are Over. Here’s Where To Go Instead.
Tagged
Maps + Infographics News
What did you think of this story?
Meh
Good
Awesome