It might not be too high on your list of travel concerns, but bedbugs can really ruin your hotel or Airbnb stay. It’s pretty unnerving to settle into your bed after a long day on the road, or on an airplane, and realize that you’re sharing the mattress with hundreds of critters. While it’d be nice if you could simply look at a lodging’s website for a convenient heads-up on the probability of encountering bedbugs, it unfortunately doesn’t work that way. Luckily, this helpful chart provided by Mattress Clarity shows you where in the US you’re most likely to encounter bedbugs, based on the number of incidents reported. 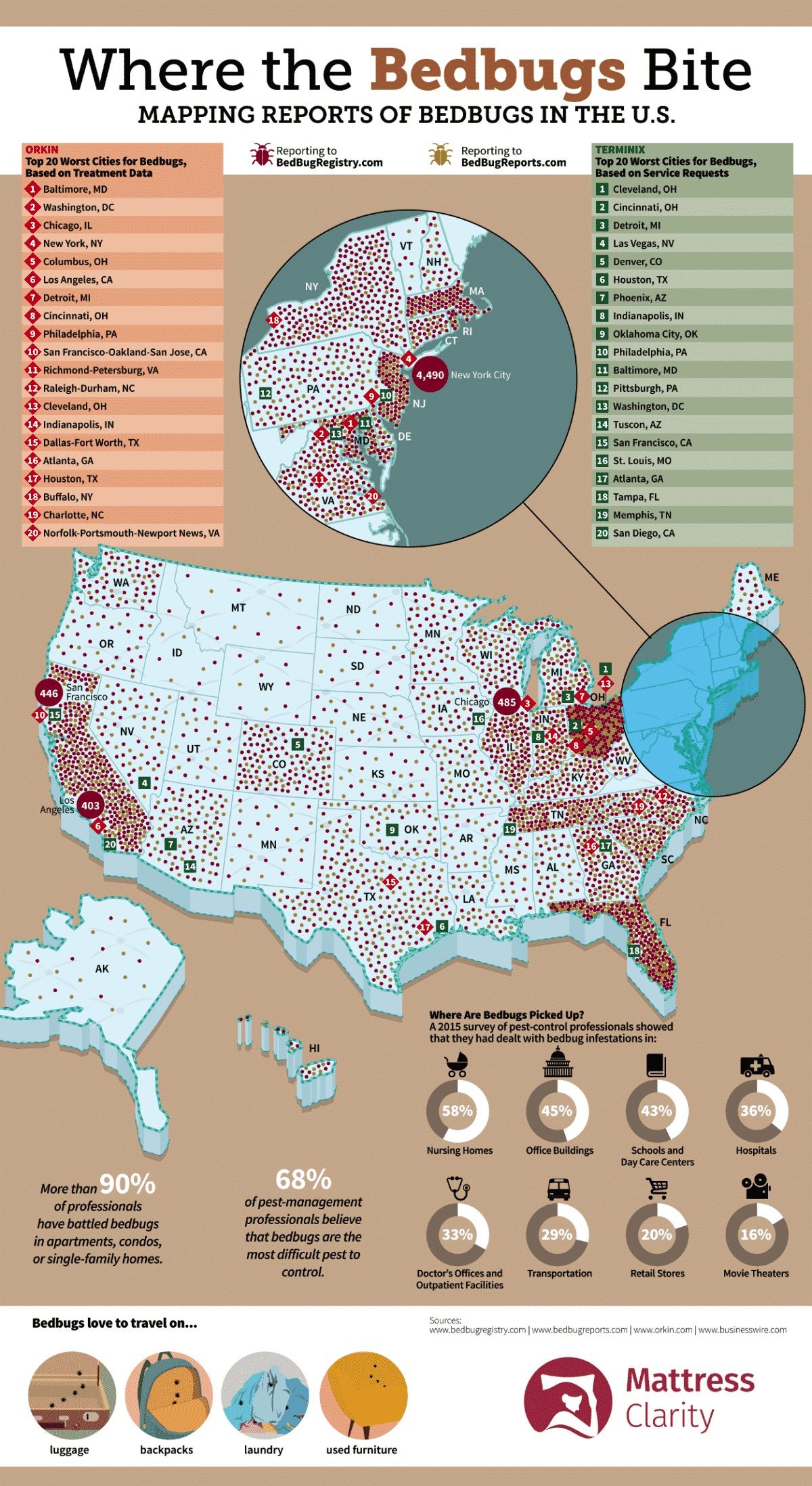 It’s no surprise that, according to the chart, most bedbug incident reports come from major cities. San Francisco had 446 reported incidents last year, and there were 403 in Los Angeles. New York City dwarfs them both, with a whopping 4,490 bedbug incidents reported. But New York City doesn’t top the list of worst cities for bedbugs, that title belongs to Baltimore, followed closely by Washington D.C. and Chicago.

There are few surprises on the list of affected cities, as all represent densely-populated areas. If you’re looking to book a vacation with the smallest possible chance of encountering bedbugs, it looks like Alaska is your best bet.