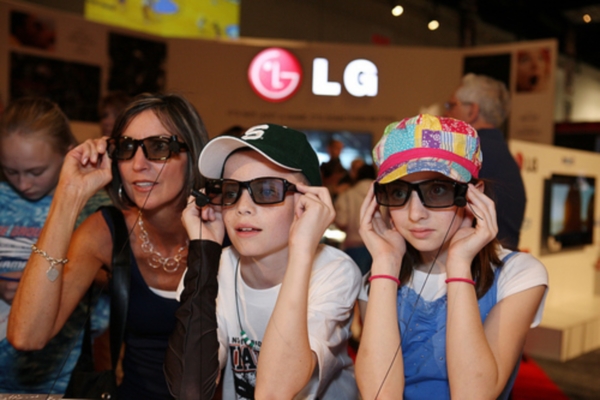 I spent the last two World Cups in Spain, a country that’s nearly as crazy for soccer as I am. For an obsessive fan like me, it was a sweet deal. Every cafe and bar played the cup: even outside, I was never more than a few dozen feet from a TV set tuned to whichever match was going on.

THAT KIND OF frenzied fandom is harder to find in the US, where watching the World Cup typically means camping out in the living room. Still, a few new high-tech viewing options could make it easier for me and over 100 million other American fans to stay glued to the action in South Africa. Here’s the lowdown on the new ways to watch:

The flashiest option is ESPN’s new 3D network, which launched on Friday and will carry a total of 25 games. ESPN hopes that the technology, which is similar to that used in movie theaters, will mimic the success of HD broadcasts in the last World Cup.

The downside? It’s expensive. Sets with 3D capability start at around $1700, and each come with a single pair of glasses; each additional pair will set you back another $100 or so. Unless you’re one of the estimated 4% of Americans with a 3D-capable TV, your best bet is to seek out one of the handful of sports bars and movie theaters screening games in 3D. 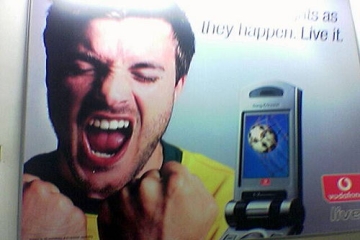 Mobile broadcaster FLO TV will be carrying all 64 World Cup games through an agreement with ESPN. The service let’s users watch from anywhere in FLO TV’s coverage area, provided they have one of the company’s personal television devices or a compatible phone from AT&T or Verizon.

I’ve never tried it, but it strikes me as a fancy alternative to radio. I’m ambivalent.

FLO TV has broadcast various sporting events in the past, including UFC bouts and the Mavericks surfing competition.

It isn’t as exciting as 3D, but streaming video makes up in convenience what it lacks in flash. Espn3.com will be running 54 of the games, all except for the 10 being broadcast on ABC. As someone whose job has him constantly searching for wireless hotspots, I like the idea of being able to sneak in a few minutes of soccer in a cafe or airport terminal.

Access is free, but users must be subscribed to a participating ISP or be watching from a college campus or military base.

Behind on your World Cup reading? Check out Matador Sport’s round-up to learn what’s been going on these past few months.