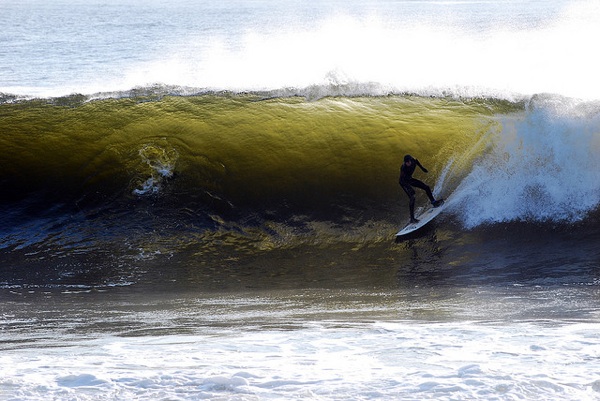 For the first time, the Association for Surfing Professionals has included the US East Coast in its 2011 World Tour. Below we predict some of the surf spots the ASP may have in mind.

FROM HAWAII’S BANZAI Pipeline to Australia’s Bells Beach, the exclusive ASP World Tour showcases the best surfers on the baddest waves. Many of these breaks, however, were loved long before the group deemed them “world class.” Such is the case on the East Coast, where surfers from Florida to Maine have long believed that the coast belonged on the global surfing map.

Smartly scheduled during the early autumn’s hurricane season, the ASP’s vagueness in naming a spot–likely because Atlantic waves are not as predictable as those in the Pacific–has got the prediction mills running. Here’s our list of possible contenders.

1. Sebastian Inlet, Florida. If native son and 10-time world champion Kelly Slater has any say in the ASP’s choices–which he more than likely does–then Sebastian Inlet is in. This is not to say that Sebastian Inlet would be undeserving of a spot on the tour; it is also one one of the most consistent breaks in Florida. The beach’s popular First Peak, where a back flow from the Indian River Lagoon creates a fast-breaking wedge, has already helped it land on the international competition circuit. 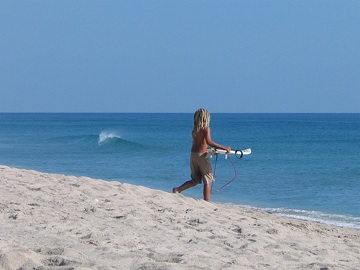 2. New Smyrna Beach, Florida: New Smyrna’s inlet is known for two main things: shark attacks and some of the most consistent waves in Florida. The sandbar between its jetties allow for well-shaped peaks, long rides and reformed barrels, making the waves perfect for performance tricks. Already home to a number of sponsored contests, such as the Transworld Surf East Coast Scholastic Surfing Championships, this spot ranks at the top of any East Coast list.

3. Cape Hatteras, North Carolina. East Coast surfing always brings to mind the Outer Banks region in North Carolina. The continental shelf at Cape Hatteras is the narrowest and steepest in the Mid-Atlantic, exposing it fully to the ocean’s power, and the curved shape of the Cape’s shoreline allows waves to form at many different angles. In other words, there’s good reason why the annual Eastern Surfing Association tournament, which qualifies East Coast surfers for the nationals, is already held here. 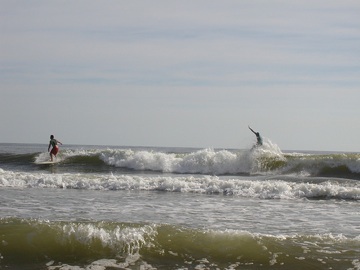 4. Virginia Beach, Virginia. Home to the 2010 East Coast Surfing Championships, one of the nation’s longest running amateur contests, Virginia Beach is a strong contender for ASP’s tour, though not as strong as its Outer Banks neighbors. Its best spot is in Croatan near the Rudee Inlet Jetty, which protects against strong currents and helps create long, left-breaking waves and occasional barrels.

5. Manasquan, New Jersey. The inlet at Manasquan produces some of the most stellar waves on the Jersey Shore. The jetty and sandbar can handle the Shore’s longest and most hollow waves, making it an experts-only wave during large swells. With an increasing number of insanely talented hometown pros like Dean Randazzo and Sam Hammer, the Jersey Shore has proven that its breaks can be competition-worthy, and Manasquan would be the best of the best.

6. Montauk, New York. While some of the best surfing in the Northeast occurs during the winter season, many East Coasters would be miffed if Montauk was left off this list. Ditch Plains is the main surf beach–especially for longboarders–but for competing, a large swell at Turtles’ point break would create the best walls for performance surfing. 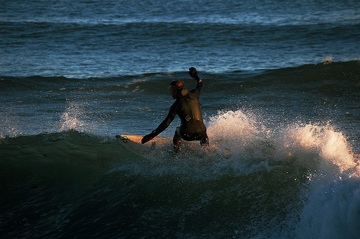 7. Newport, Rhode Island. A dark horse in the running, the craggy shoreline of Rhode Island should be recognized for the fact it gets very decent waves year-round, albeit less consistent and colder ones than on the southern part of the coast. Local tournaments are already held at the popular Narragansett Pier, where waves form at different angles and long rides are common. Hurricane swells really have an impact at Ruggles, one of the biggest waves on the East Coast when conditions are right, making it a very fickle spot.

Have any other predictions for the best performance spots on the East Coast? Let us know in the comments.

What did you think of this article?
Meh
Good
Awesome
Bookmark
Posted In
Surfing
Destinations
North Carolina, United States

Why Asheville is the best getaway you can take this winter