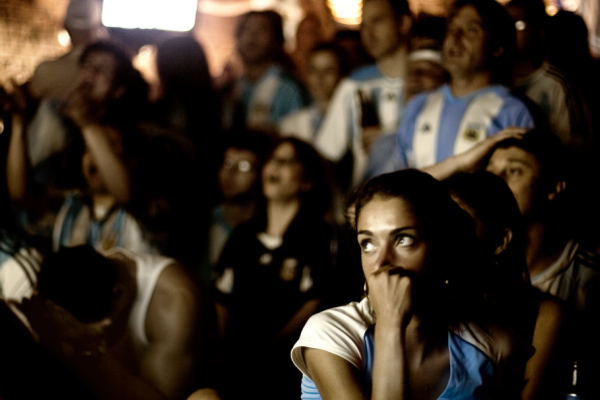 Argentina needed its supporters more than ever. So how did almost 2,000 of them end up being barred from the stadium at one of its biggest games?

THEY CAME TO the stadium wearing blue-and-white striped jerseys or carrying flags. Many had driven for hours, making the 150-plus mile trip between Buenos Aires and Rosario to see the Argentine national soccer team face off against Brazil.

As they waited outside Rosario Central Stadium’s gates, few could have considered the possibility that they wouldn’t be able to see the game. They had their tickets, bought and paid for.

It’s still not clear how or why police barred about 2,000 ticketed fans from attending Argentina’s World Cup elimination match against Brazil last Saturday. Authorities in Rosario are blaming the Argentine Football Association, saying that the Association mishandled ticketing logistics. The AFA is blaming provincial and local police forces, claiming that they provided shoddy security at the stadium.

What is clear is that the problems hit at exactly the wrong time. Saturday was one of the most important games of the year for Argentina. They ended up losing 1-3 to the Brazilians.

Diego Maradona, the team’s head coach, had even switched the match venue to maximize the home-court advantage, opting for cozy Rosario in hopes of bringing Argentina’s supporters even closer to the field. Instead, 2,000 of them ended up stuck outside.

It seems like police misconduct may have played a part in causing the chaos in Rosario. Earlier this week, Argentine newspaper Clarin published a series of photos that appear to show one man buying four tickets to the game with the collusion of a police officer. The rules of the event limited each buyer to two tickets. 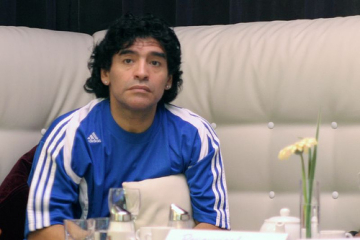 In the wake of the publication of the photos, Santa Fe provincial police announced that they had arrested two officers after they were caught reselling tickets to the game. Internal Affairs director Mario Franco said that the officers, both from the department’s investigations division, were arrested after police received a tip reporting a pair of scalpers.

While it would be easy to chalk the problems in Rosario up to “typical” South American police graft, it seems unlikely that a few individual’s actions could have created a 2,000-person gap between the number of tickets sold and the stadium’s capacity.

In response to the arrests, Rosario mayor Miguel Lifschitz denied that the fault lay entirely with police. He said that, with the stadium already filled to capacity, AFA miscalculations were more likely what ended up cutting out the fans.

“There were evidently more tickets [sold] than authorized,” he told Clarin.

With many fans out considerable sums of money, the Argentina Football Association has said that it will offer refunds to any ticketed spectators who weren’t able to see the game. For some, this hasn’t been enough.

According to Rosario’s La Capital, a group of 12 ticketholders who were barred from entering the stadium have said that they plan to sue the AFA, the Unión de Entidades Deportivas y Civiles, and the Municipality of Rosario.

The group’s attorney, Paula Calace Vigo, said that they planned to ask for not only a refund of the ticket prices, but damages for “moral harm” as well.

“The situation is clear: the people paid for an event that they weren’t able to see,” she said. “It’s breach of contract.”

Is soccer too serious of a business in South America? Tell us what you think in the comments.

Tagged
Travel Brazil
What did you think of this story?
Meh
Good
Awesome