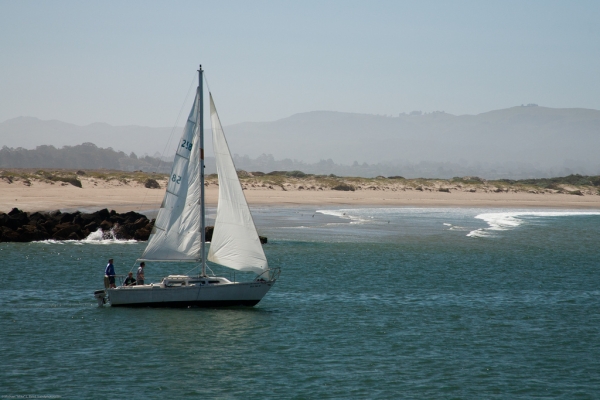 Sixteen-year-old Abby Sunderland went missing last week during her solo sailing trip around the world. Fortunately, the ending is a happy one.

SUNDERLAND SET OFF on her journey on January 23 and was doing well on her own as she navigated her way around the globe. Sailing is in her blood: Her father is a boat builder, and her brother Zac previously held the world record of being the youngest solo sailor to complete the trip at age 17.

On Thursday of this past week, Sunderland went missing in the Indian Ocean, about 2,000 miles east of Madagascar. She reported dangerous seas with swells of 30 feet, and then her engine began failing. Shortly thereafter, she lost satellite phone contact with her family and set off two GPS emergency beacons.

Sunderland’s lucky, however. It wasn’t long before authorities from the United States, Australia, and France set out on a rescue mission. She was rescued safely and in good health by a French fishing vessel soon after. The only casualty was Sunderland’s boat, Wild Eyes. 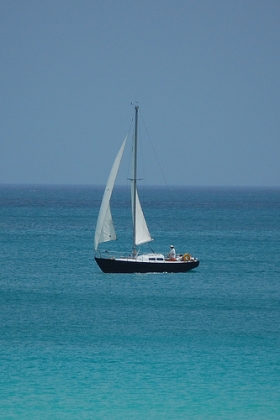 Tour by bike, by Mr. Usaji

Of course, now Sunderland has to face the flack. Matador Trips editor Carlo Alcos has already discussed the verbal punishment that 16-year-old Jessica Watson and her parents received when she set out on her global solo sailing mission. Considering Watson actually completed the mission, one can only imagine the kind of negative press Sunderland will receive.

As Sunderland reports from her blog, the media began calling her as soon as she stepped onto the fishing boat. While most people commenting on her blog expressed nothing but relief and happiness for the young lady, the occasional negative feedback slipped in:

Her parents should be criminally indicted for allowing such a stupid stunt. As a result, search and rescue personnel had to take their valuable time and resources, not to mention putting their lives at risk, to look for her. What a disgrace.

Sunderland, however, is in high spirits. She wrote:

There are plenty of things people can think of to blame for my situation; my age, the time of year and many more. The truth is, I was in a storm and you don’t sail through the Indian Ocean without getting in at least one storm. It wasn’t the time of year it was just a Southern Ocean storm. Storms are part of the deal when you set out to sail around the world.

As for age, since when does age create gigantic waves and storms?

Her greatest regret, it seems, is the loss of her dear boat.

Honestly, I’m baffled about how anybody could scorn Sunderland for her efforts, especially after witnessing her own brother and Jessica Watson successfully complete their own journeys around the world. These people are living proof that age isn’t an issue, and nobody can accurately predict the will of nature. I also don’t understand the comments about wasting rescue personnel’s time. Isn’t that their job?

In the meantime, let’s celebrate the fact that a young lady was given a second chance. The ending could have been much worse.

What do you think? Was Abby Sunderland’s mission irresponsible? Or was this just a case of bad luck?

Tagged
Travel Madagascar
What did you think of this story?
Meh
Good
Awesome

What’s going on in… Madagascar?

Three stories from under the radar: Brazil, Madagascar, and a few ugly Eco-disasters

Smoke tourism: A cigarette lover’s guide to puffing around the world

The 7 most amazing wildlife experiences in Madagascar