BIRD as a verb entered the vernacular sometime around the ‘70s. It is looking for and looking at the things flying around out there with feathers and wings. It’s active. It’s participatory. It’s finding and observing. It involves aesthetic appreciation, exercise, social interaction, study, and travel.

Most birders are initially attracted to birds by their beauty. If you’re a visual person, the first time you saw a male Northern Cardinal, our ‘redbird,’ it probably took your breath away. But bird plumage comes in an array of colors—sunset orange on orioles, emerald green on hummingbirds, electric blue on jays. There’s snow white on ptarmigan. There’s coal black on ravens, which will steal your picnic lunch. There’s a palette of pastel colors–pink, green, yellow and blue—on the flocks of Rosy-faced Lovebirds, an escaped species establishing a foothold in many Phoenix neighborhoods.

IF YOU’RE AN AURAL person, birdsong is even more varied: a deep forest bird, one of our thrushes, whose haunting melody sounds like someone playing a flute; a grassland sparrow whose introductory notes have been likened to Beethoven’s Fifth Symphony; a common neighborhood bird, our Northern Mockingbird, capable of perfectly mimicking sounds as disparate as your car alarm and your alarmed cat.

And then there is the beauty of flight, a fantasy imprinted on man’s collective imagination long before our species’ knuckles left the ground. Elevate straight up, like a helicopter? Hummingbirds do it. Stoop straight down the perpendicular face of a mountain at 200 mph? Falcons. Glide all day on currents rising off the ocean waves without once flapping? Albatrosses. Bird flight is swift, graceful and direct, not exactly like schlepping through Newark with luggage on your way to Buffalo via U.S. Airways.

Birding involves exercise. At the least, it is a walk (with binoculars and field guide) around your block or through a city park. But it can be a birding trip (there it is as a present participle) via backpack five and a half miles down Sycamore Canyon through the Atascosa Mountains to the Mexican border in 120-degree heat carrying a gallon of water. There are some birds down there whose range reaches just north of that border. It’s beautiful. It’s brutal.

BIRDING CAN BE SOCIAL. Many birders crave the solitude and serenity of being out there in nature alone, but many more enjoy the camaraderie. It can be very rewarding to be part of a group experiencing the thrill of the chase and the satisfaction of proper identification. Just remember not to go running around high-fiving over a good sighting. Birds don’t like sudden movement or loud noises.

Sooner or later many birders become listers. ‘List’ is a verb too. Listing is logging or otherwise keeping track of your sightings with a written record of all the species you’ve seen. It’s a reference point for those you haven’t seen and are looking for, field marks you’ve learned and those you need to learn, and seasonal and geographical expectations. Many listers will log in date, time of day, weather conditions, habitat, and behavior observed.

As you progress to species that are more difficult to find and more difficult to identify, your birdlog becomes an invaluable study guide, but it’s really just a collection of your sightings. The need to collect is a primitive facet of human nature—baseball cards, classic cars, trophies of many kinds—so why not bird sightings? For listers, birding engages the brain as well as the body.

As birders grow older, though, and their lists longer, most realize they haven’t just been collecting marks on a checklist, but memories: a fellow birder who became a close friend, an isolated desert spring that became a personal shrine, or a favorite guide that became more valuable as it slowly dog eared and fell apart. 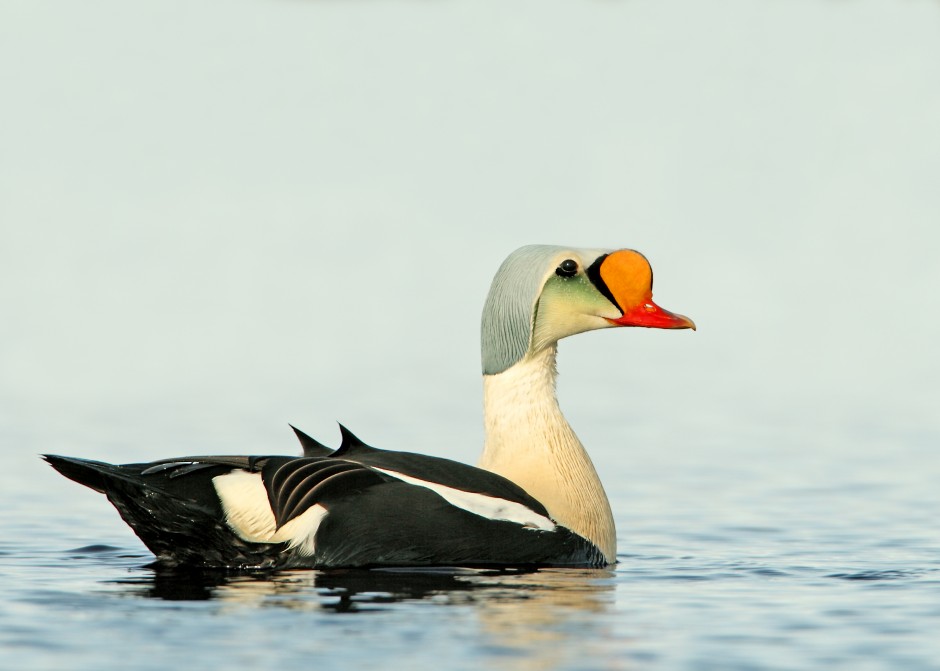 AND, OF COURSE, looking for birds involves travel. Each species has evolved to fill a relatively small and specific habitat niche. You might have more than one type of habitat even in your backyard, so you know there are myriad habitats from one end of our country to the other, each hosting its own unique and possibly isolated species. We’ve watched for Siberian strays flying past Attu, the farthest west of Alaska’s Aleutian Island chain. On a clear day there we could see Russian’s Komandorski Islands shimmering in the distance out over the Bering Sea.

We’ve watched for Caribbean strays flying past Fort Jefferson in the Dry Tortugas seventy miles west of Key West, Florida. On the trip back our catamaran encountered a family escaping Cuba by motorboat, out of fuel and stranded. Our captain lowered them a can of gas.

Birds are travelers, too. Arctic terns, circumpolar breeders on the tundra north of the Arctic Circle, spend their second summer on pack ice around Antarctica. That’s 25,000 miles round trip. Rufous Hummingbirds, all four inches of them, make a 2000-mile migratory round trip from the Alaska panhandle to southern Mexico.

IT FOLLOWS LOGICALLY that one of the highlights of a birding life may also involve travel throughout the world. For some hard core listers this may be an annual trip, but for the less serious with less time and fewer resources, a trip to another hemisphere or another continent tops their bucket list.

Many of us, though, are in need of a far simpler, more basic travel plan. We spend much of our time indoors consulting with our personal devices. We seldom exercise. We never see the sun. We’ve lost our connection to the natural world. Yet each of us carries some genetic reflection of how things used to be eons ago. Birding provides an excellent pathway back to vestiges of interaction with nature that echo within our souls.

There’s no question that avian life forms and migration were an integral part of prehistoric man’s everyday life. A family of Snowy Owls painted on a cave wall in the Dordogne region of France is thought to be the earliest representation of bird by man.

For Paleolithic man birds were food, birds led to other food sources, and birds warned of unseen predators. Birds disappeared in winter. Early man migrated too, following the birds in some cases, and he traveled for exactly the same reasons that the birds of summer did.

CERTAINLY OUR LIVES are longer and less brutish now, but sedentary and more stressful in different ways. Do you have a calendar with mountain scenery above your work station? Does your scalp crawl when you hear a nightbird call? Wouldn’t you really rather be jogging some distant ridgeline, atlatl in hand, than negotiating the crowded aisles of your neighborhood grocery?

Bird is indeed a verb now, and birding is a pathway back to nature. Binoculars, a field guide and a pair of boots will put you on this path. Reconnect. Just you and the birds.